Did you know Weston Super Mare had two piers?
I didn't and I've visited this area many times up till my late 20's.
I've normally parked on the south beach front as I've had small kids with me and only ever made it as far as the Grand Pier which opened in 1904 and never walked outside of the tourist area.
Birnbeck Pier is a Grade 2 listed Pier and is located to the north of Weston Super Mare. It is the only pier that links the mainland to an island. It opened in 1867 and was finally closed to the public in 1994 and the RNLI relocated in 2015 when part of the pier collapsed in storms. 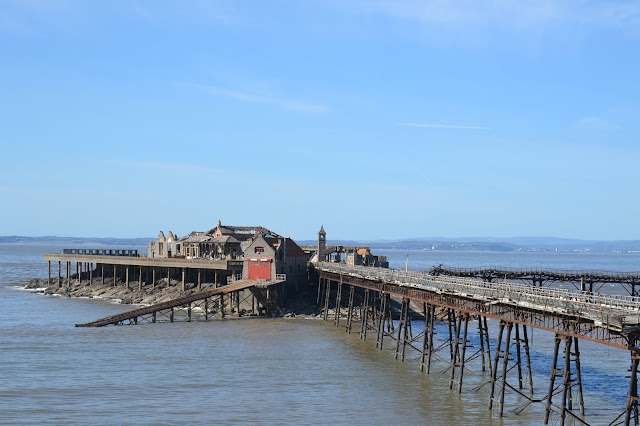 In February 2020, North Somerset Council started a compulsory purchase order on the pier. The plan is to transfer it to the RNLI to allow them better access for their access to the water. The CPO was agreed in July 2020.