Designed by none other than Lancelot 'Capability' Brown in the 1750's, which was his first large scale commission. He had the village relocated as it was in view of the house, removed the Medieval church and created a new Gothic one.

It took 10 years to dig the lake and river by hand, a system of culverts were installed to drain the marshland with brick built drains under the ground to feed the new lake.

There is also a river, which runs for 1 3/4 miles, that appears to drift off into the distance but actually just comes to an abrupt stop hidden behind plants and trees. 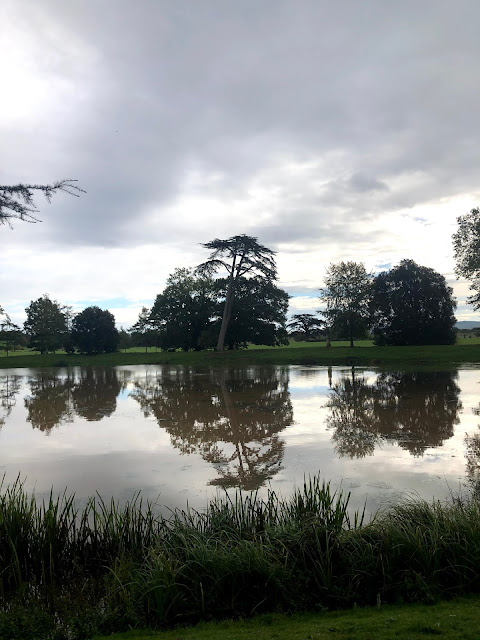