Last month I decided to take Bob away for a weekend to visit the beach before winter kicks in. We stayed at a Travelodge in Burnham on Sea and spent our days on the Brean Sands.

It was quite a difference experience paddling in the Bristol Channel than Bob's first beach trip which was in St Lucia, north of Durban in South Africa, where he paddled in the Indian Ocean and chased monkeys over the sand dunes. 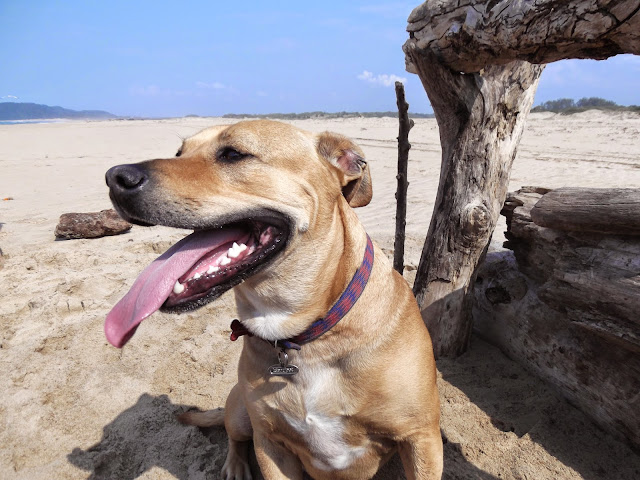 His next beach experience was in Dubai, in the Arabian Gulf, but sadly it wasn't long before dogs were banned from the beaches there.

Bob has had a wonderful life after we adopted him in 2013 and has clocked up some air miles along the way.

His latest beach trip was a world away from South Africa and Dubai, this time it was late September and in the Bristol Channel. He had a wonderful time with miles of empty sand to run off lead and I didn't have to worry about him taking off after a monkey over the dunes in Durban like he did before or have to keep an eye out for crocodiles and hippos.

Now I've discovered we can stay in a Travelodge, it means there will be more beach trips ahead for us. Our tent is on its way over from Dubai in the shipping container so there will be camping next spring also to add to our UK adventures.

Bob's recall has diminished since moving to Dubai as outdoor spaces we have used have been shut down to dog users and the only place he's been able to run off lead for the past 3 years has been at indoor dog parks.

I started off with the short lead to get to open space. 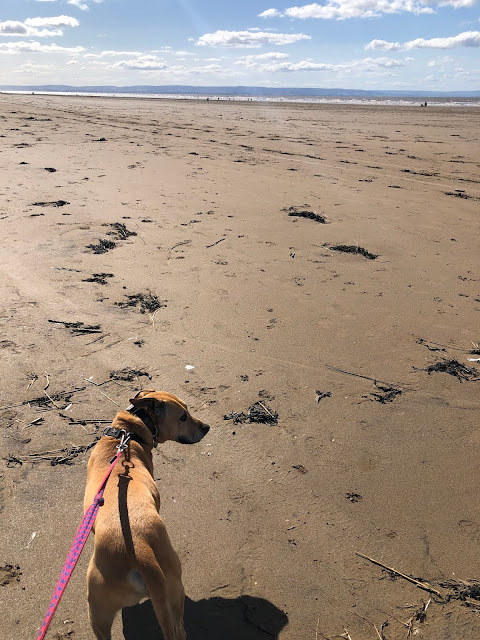 Moved onto the longer lead to let him explore further 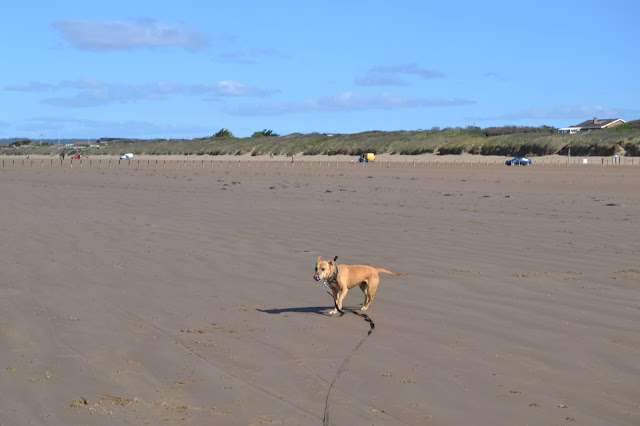 Let go of the lead to work on his recall, which he mastered, straight away. 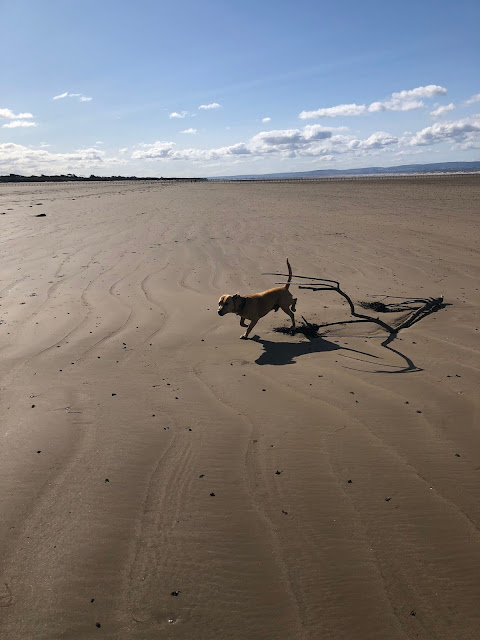 Then let him off lead, knowing I had all day to get him back if necessary. 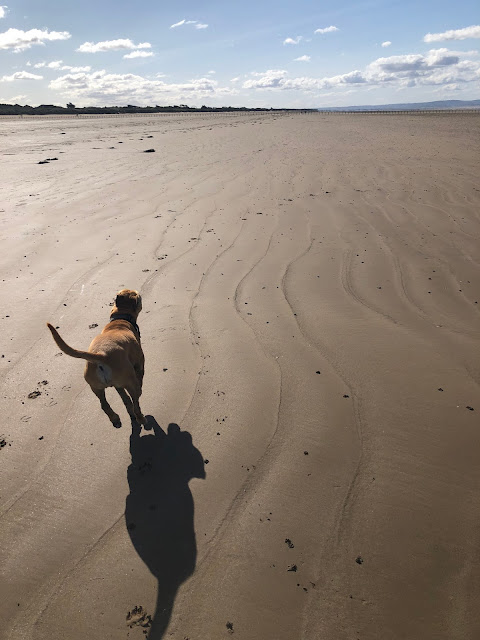 I always carry a ball and some treats as an incentive to get him to come back.
There were plenty of rest stops. 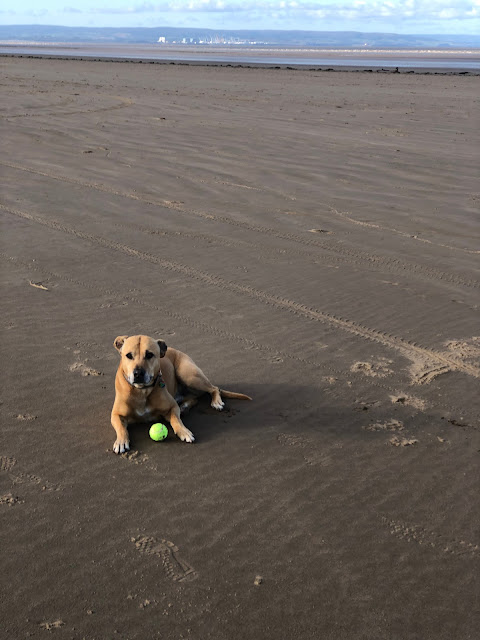 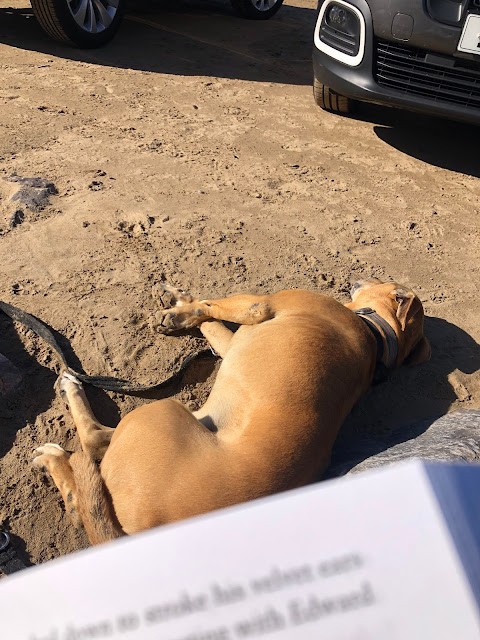 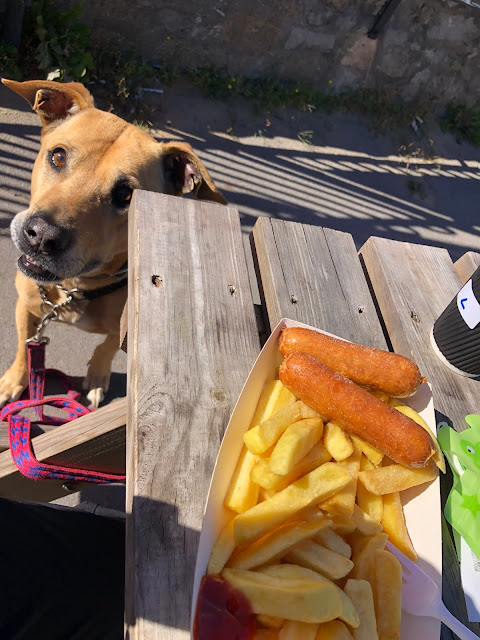 Being a dog owner in the UK is a new experience for us both. Bob hasn't been used to visiting beaches, parks, coffee shops and the sights and the sounds and the smells have taken quite a bit of adjusting to.