A few things have irritated me this week. I'm easily irritated, but I'm no where near as stressed as I used to be, mainly because I'm irritated by things in the UK and I'm in the UK to be able to deal with things easily.

When we ordered the kitchen the appliances were chosen for us based on availability, it now appears the order wasn't placed until this week and guess what? Up to 12 weeks for delivery. So we've changed the cooker hood, hob and oven for ones that are available within the next few weeks and we'll keep our current fridge/freezer in the conservatory for 4-6 weeks until the integrated ones arrive. Thankfully our builder is one of our oldest friends so we're fairly relaxed about it all.

We also got our deposit back from the tenant who absconded in October. The rental agents really needed chasing up and I'm still battling with property management at the flat for the leak in another flat to be fixed as it's affecting our flat and we can't sell it until it's resolved and we can make repairs at the other owners cost.

I sold the washing machine this week. What's the best price? Does it work? Send photos of the inside of the drum and the drawer. It's 2 years old, hardly used, was £350 and I sold it for £80. I would rather donate goods than go through this palaver again.

I had a horrible encounter with a horrible man who wanted to sit next to me on a bench and when I said no, he said I was being silly, but I had no choice but to move me and the dog to another place, I said he was very selfish expecting me to move, he didn't care. People like him are the reason why we're still wearing masks and socially distancing.

8 Saturday Peter caught the train to London to meet up with an ex colleague who is over to settle his kids into Uni, I did some food shopping, tidied up a little, walked the dog and paid some bills. I drove to Worcester to my shift at the vaccine centre as it's a late finish and I didn't fancy the walk home from the station in the dark on my own. 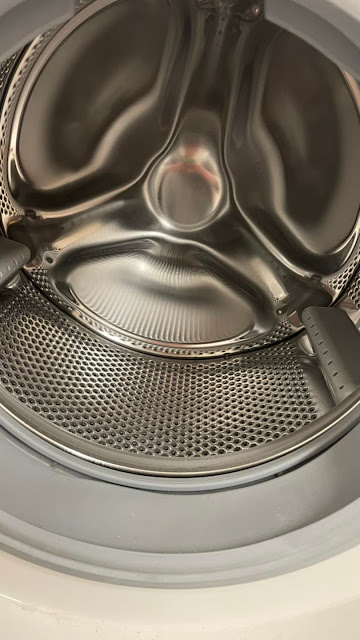 9 Sunday Working 10-4, I caught the train in and Peter collected me and we stopped off for a late Sunday lunch on the way home. Evening spent completing application forms and submitting timesheets. 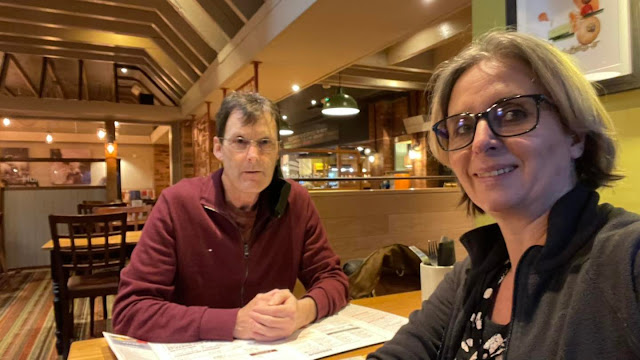 10 Monday Peter and Simon got on with the kitchen, the floor tiles have been laid. I did some tidying up and popped out for a food shop to cook on the camping stove and pop in the slow cooker. Went for a walk with the dog, the neighbour and her two children with the hope of getting the older one to sleep. mission accomplished.

Washing up in the bath. 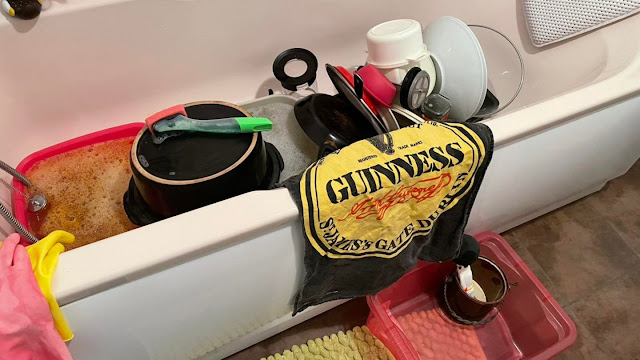 11 Tuesday Bob and I walked into town and had a coffee, Bob decided he wanted to walk to town via the Malvern Hills. Afternoon spent on the laptop and I got offered an interview at the school for next week. 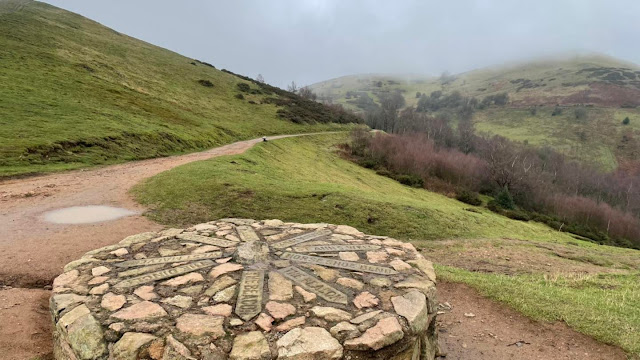 12 Wednesday Early start to Monmouth to put the washing machine on in the flat and check on the work Peter has done in the bathroom. Dropped curtains with mum, called into see grandchild and dropped birthday gifts with a friend, had a socially distanced cup of tea, home late.

Mould growing back after we removed the plaster board, dried the wall out and replastered. 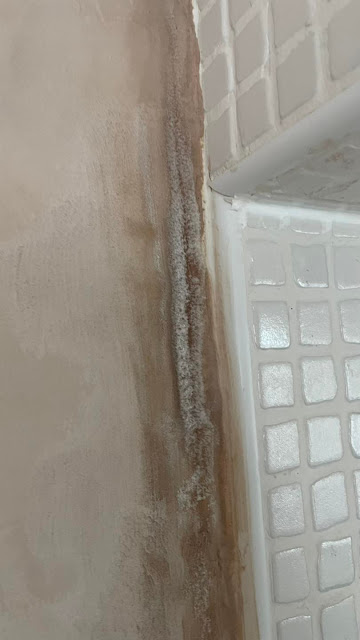 13 Thursday Boy next door turned 2, I called in with his birthday present and used their oven to bake fairy cakes for his party on Saturday. We had a Chinese for tea. 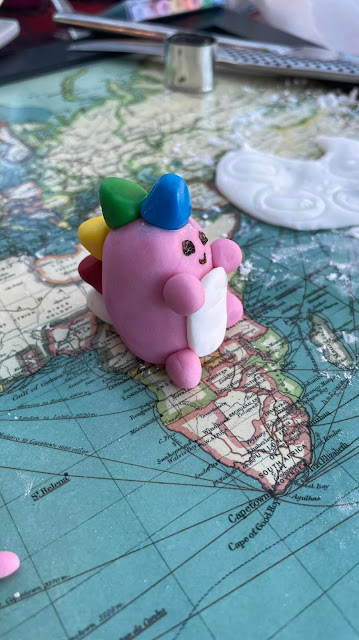 14 Friday Kitchen cabinets arrived, the back wall has been installed minus the fridge and freezer, the rest will be put in next week, for now everything is being stored in the lounge. Used the neighbours oven to bake more gingerbread, cut out dinosaur icing shapes and then friend/neighbour joined us for our first weekly chip and wine night of 2022.

Housing units for fridge and freezer, I won't be able to reach the top shelves. 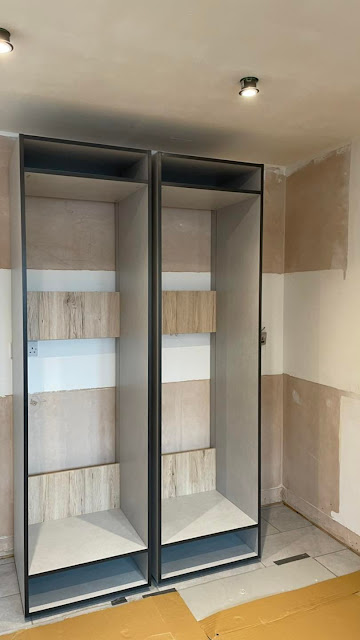