Did you ever meet or see the Queen?

A sad day, glued to the TV when I got home from work, expecting to hear the announcement of the death of the Queen. When it came, I cried.

I've never known anyone else on the throne, as do most people. My mother at 78 recalls the Queens Jubilee, but she was only 8 at the time and was more in awe at watching a TV at her Uncles house, than the actual event and told me that my Grandmother took my father down to London for the Coronation. My grandchildren will only ever know Kings on the throne.

I'm a Royalist as in I believe in the Royal family, but I'm not a Royalist in the sense of all things Royal.

Back in 2016, child 4 and I were in London on the day the Queen gave Theresa May permission to form a new government. We watched the Royal Standard being raised then stood back swiftly as the Queen drove  into the Palace. 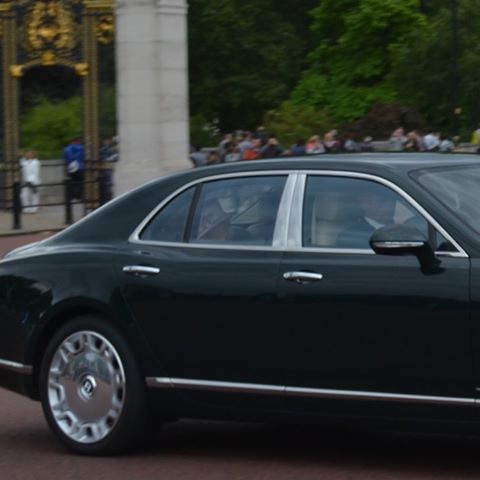 Apart rom seeing the Queen on the TV, this was the only time I ever saw her up close, less than 6ft away.

I saw King Charles after his wedding to Diana at York Rugby Ground on a school trip. And I was at an event that Prince Edward attended a couple of years ago, but I've never met a Royal. Have you?