When we moved into our villas we had a stray living in one of the out buildings, she hangs around, I occasionally feed her and make sure there is water available for her every day. There is plenty of shade in the garden and she seems to be doing ok. 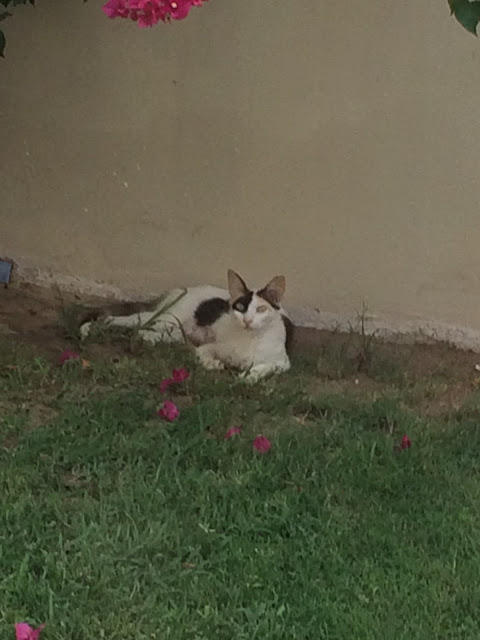 The last week, I've heard movement in the bushes but not seen her around, when she did put in an appearance she looked like she'd given birth recently. 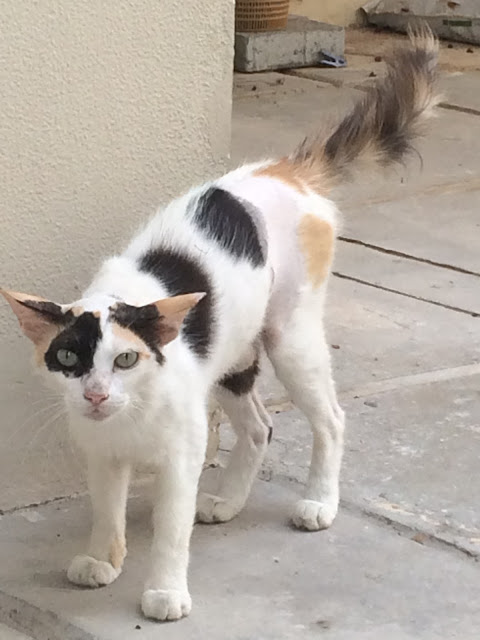 On closer inspection it would appear she's had recent surgery, her fur was shaved and she had a small scar on her side. 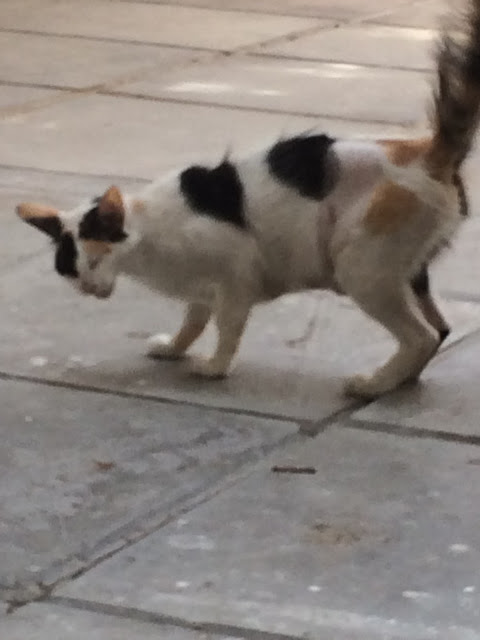 It would appear someone is looking after her or she has been part of the government sterilisation scheme, where strays are rounded up, neutered and released back on the street. I've asked the neighbours about her, but no one has said they're looking over her.

Over the last two nights I have seen the kittens at night time, there are 3 of them, they're not around during the day so I've had trouble getting photos. I've been leaving biscuits out, mum eats some, them calls the kittens in and while they eat she keeps guard with a hiss and growl in my direction. 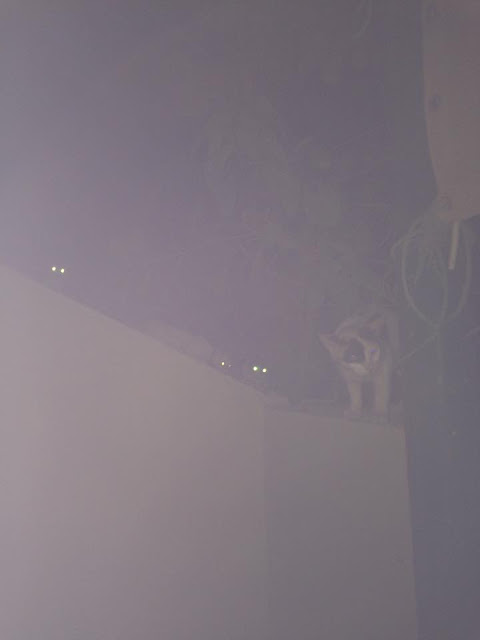 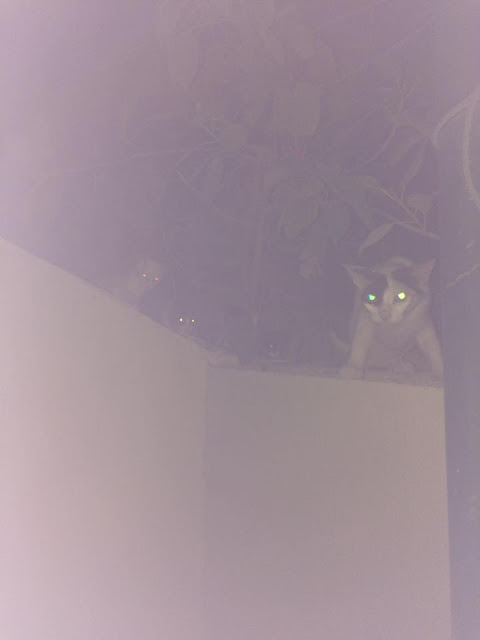 I did manage to get this photo last night, after taking the torch out with me and waiting for them to appear. As you can see from the look on her face she's not happy to me. 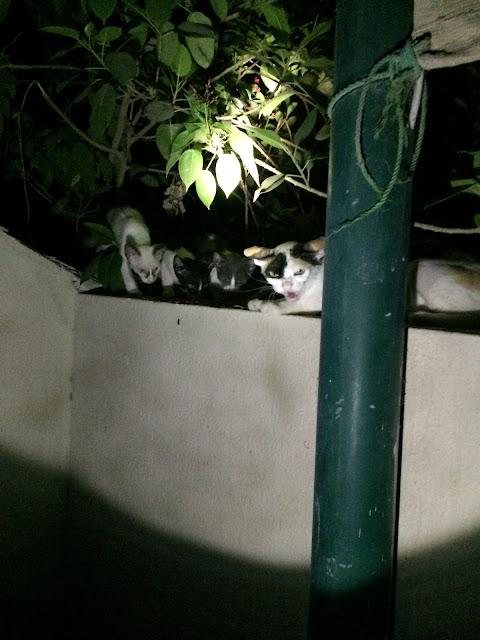