Preparing the garden in Dubai for Autumn with #HDYGG?

When we rented our villa we had 2 trees in the garden a palm tree and an unknown but almost dead tree that stood in the square with the pebbles in. 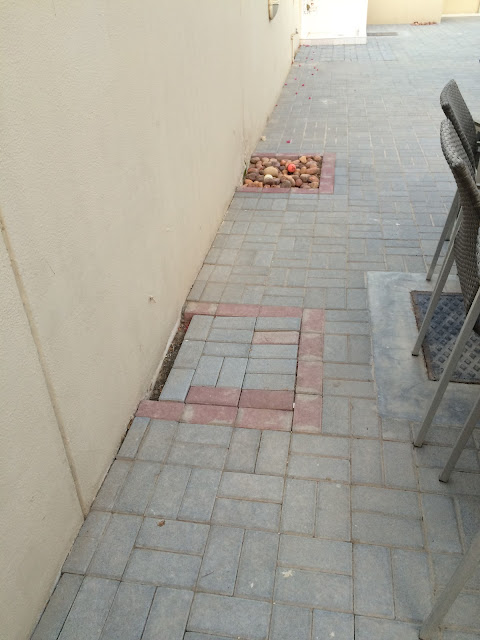 We asked the land lady to arrange to have it removed as we were concerned it may fall down and risk damaging the neighbours property, she declined to do so and we found out she owned the adjoining property anyway.

Within a week we had a storm and the tree blew down. 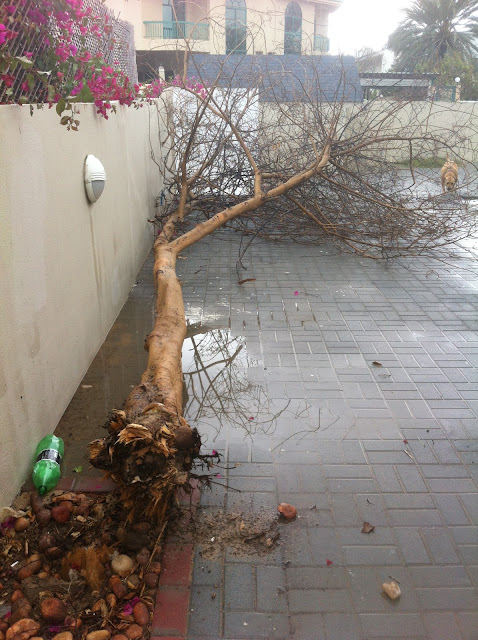 The neighbours also informed us that prior to us renting the villa there had been plants and trees in the garden, we can only assume the previous tenants took them when they moved.

I'm currently exploring what shrubs and climbers other than bouganvillea, will cope with the heat, will grow in sand and are drought resistant.

There are several small pebbled areas I'd like to use. 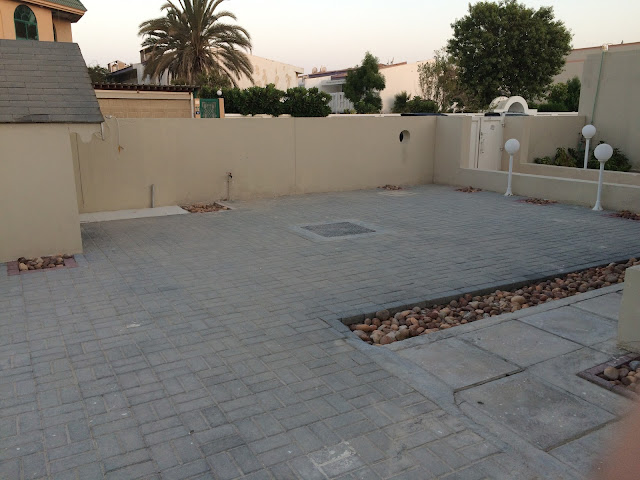 While we're talking about previous tenants, apparently they built this outdoor shower for feet washing. I'd like to grow a climber in a pot in here to disguise it a little. 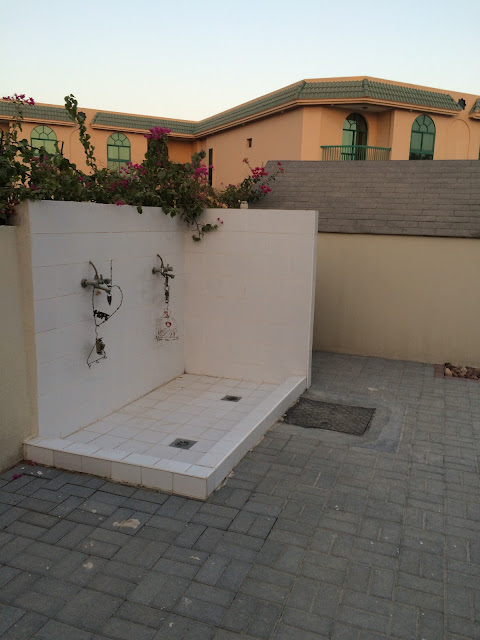 The bougainvillaea needs cutting back now to reduce water consumption and I hope the cuttings take as I'd like to see more of these in the garden. 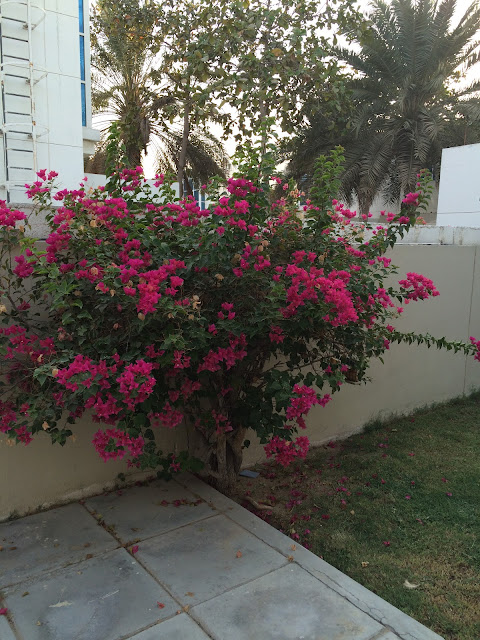 I've been doing plenty of weeding, my weed killer natural alternatives having been working as quickly as I'd like. I've been told that sprinkling Bicarbonate of soda on the weeds and watering will kill the weeds as will pouring hot water on them, but I'm already watering the plants at 42c direct from the outside tap. 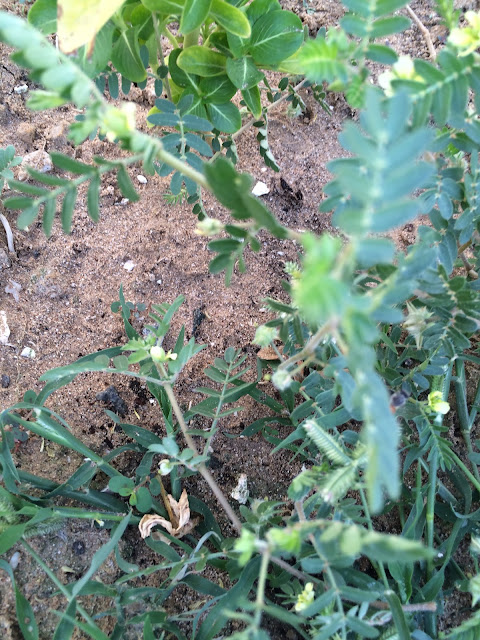 The vinegar, salt and dishwasher mix did work initially but the weeds came back. I found out this week why that was. They get a constant water supply from the broken air conditioning unit, which is now being fixed. 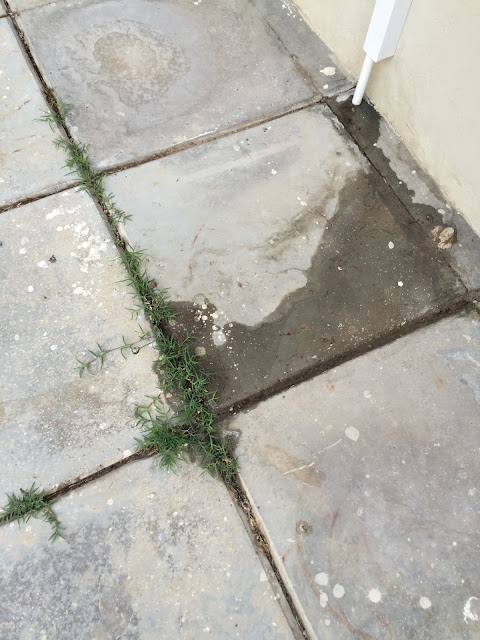 I did consider doing some composting, but in this heat the pile would need turning daily or I could purchase/make a rotating drum. At the moment I don't think I could cope with the smell and the effort required daily, so it'll be a project I can look at starting over the winter months.

My Nasturtium seed is growing well, as is the tomato seed. I think I'll pot them into bigger pots and keep them indoors as they need cooler temperatures to produce flowers once they've grown a bit more. 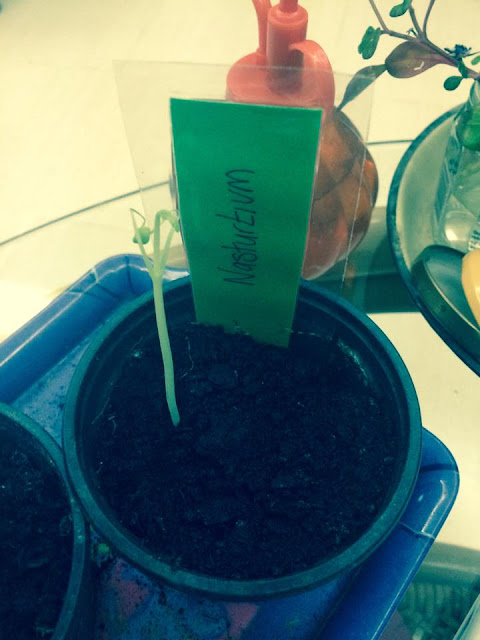 I also treated myself to a bunch of Iris's this week. Not cheap and already showing signs of wilting and they've yet to flower, so these will be moved into the conservatory (the room in the background) where I can control the temperature. 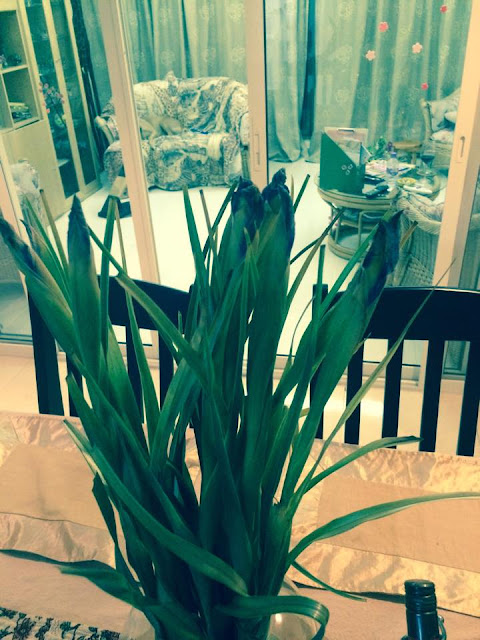