Well last weeks homemade dog biscuits were a success and went down very well with the Friday morning group meet up at the lakes in the desert.

Bob has only recently learnt to fetch a ball, when we lived in South Africa Bob didn't socialise with other dogs on a regular basis, but he did have many more walks than he does now in Dubai, mainly due to the heat and the tarmac being too hot for his paws.

Bob was a rescue and had been badly treated, he was skin and bones when we first brought him home, but very trusting and loving. The first time we picked up a stick to throw for him, he yelped and ran, he'd obviously been hit. He loved chasing after a ball, but that was it, he never brought it back.

Bob had two favourite toys, a rope and a rugby ball, sadly when we relocated the gardener thought these were rubbish and threw them in the bin, I recovered the rope but Bob was a little lost without his ball, various attempts at replacing it haven't been successful.

We found a lovely group of people who meet up early on a Friday as the man made lakes 60 kms out in the desert, Bob has never been a fan of water, but with his desire to play with the other dogs he's learnt to embrace it, but not the deep bits and has discovered a passion for tennis balls and not only runs after it, but will bring it back and drop at the feet of anyone who asks him for it. 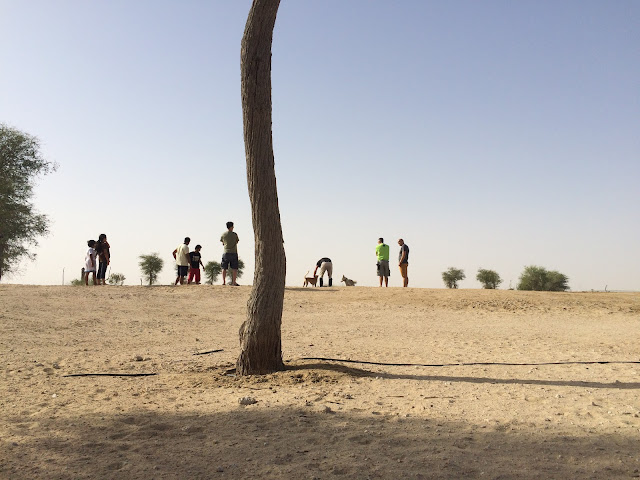 As he's not a fan of swimming he gets upset if his ball is out of his reach, but has two doggie friends who will retrieve the ball for him. Both Buddy and Del Boy (named due to only have 3 legs) will swim out and drop the ball back with Bob.

Poor Buddy had his own ball this week and kept fetching it and bringing it back to Bob, but Bob wasn't interested so Buddy just sat there looking a little confused. 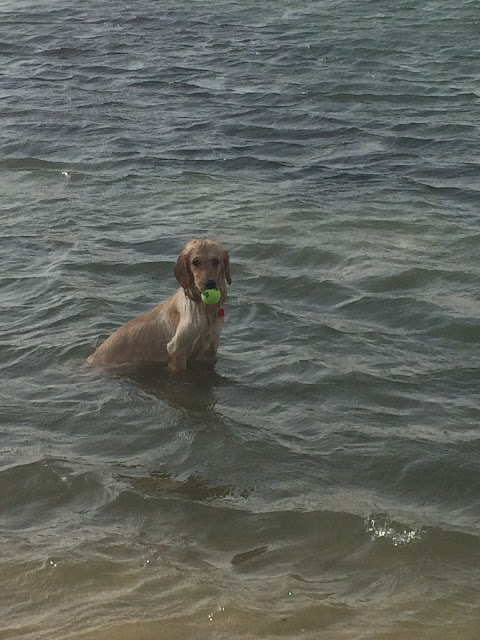 Bob had to have his annual shots this week and protection against kennel cough ready for his 'Bobaday' next month, interesting fact that the kennel cough must be given between 2 -3 weeks prior to kennelling. He's not been very well, 24 hours after the injection I was giving Bob a bath and he yelped, I had no idea as to why. When I came to dry him with a towel, Bob actually snapped at me, biting my hand, thankfully the towel took the brunt of the bite, Bob then whimpered and slunk off. I coaxed him back inside, where he spent the rest of the day on his sofa bed, late afternoon he allowed me near him to have a look at the injection site, but snapped at me again. He's been eating and drinking normally and I've been reassured this is a natural response to annual shots and not a reaction, so I'm just leaving him be now and he's chosen to follow me around from room to room.

I made some dog pulls this week, they were easy and cheap to make and Bob has been having some fun with them after his weekend of feeling sorry for himself. 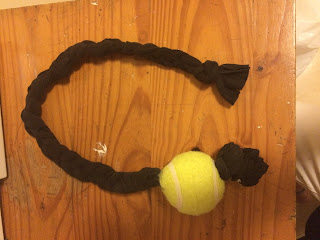 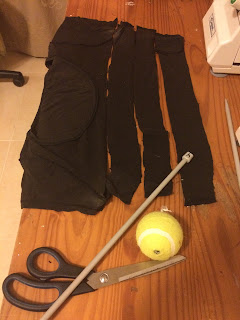 Make a small hole in top and bottom of ball 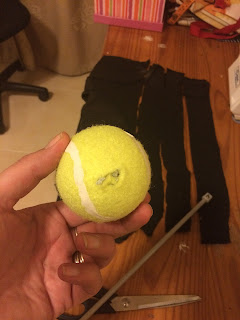 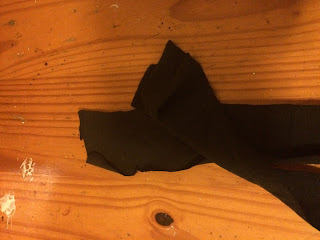 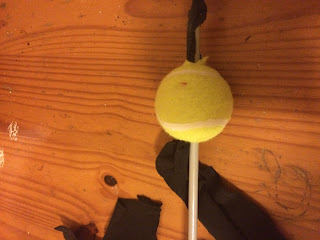 Knot at one end 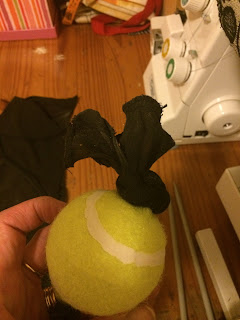 Plait the 3 lengths and knot at the end 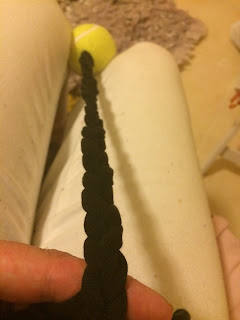 The stray kittens are getting friendlier. The white one is just like her mother, who we haven't seen for a few weeks, she hisses at me, when I go near, but this week she let me stroke her when I fed her. The grey one wasn't quite as brave and although she would eat when I was nearby, any movement from me and she was off. The black kitten refused to come any where near me. 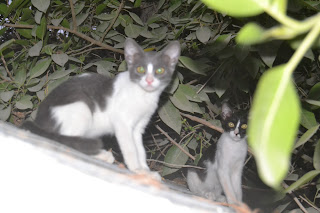 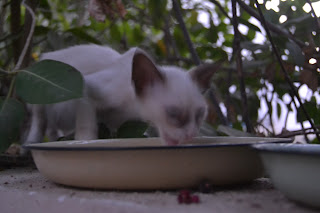 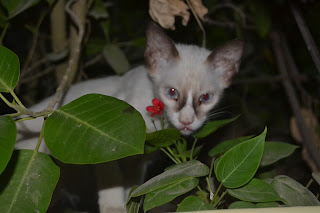 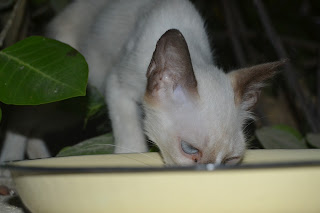 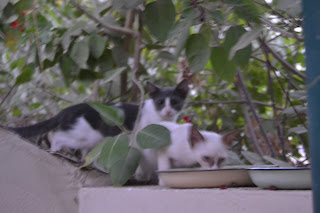 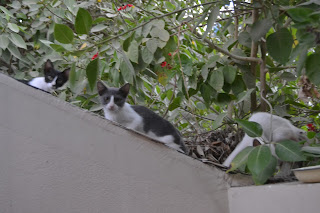 I don't feed the kittens on a regular basis, this is the first time I've seen them in day light. I have to go out at night to collect our cat, armed with a torch and a tin of biscuits to coax her back in and only if the kittens are around do I leave them some food. The other evening I was watering the garden and filling up the water trays we leave out for the stray cats and birds, when I saw the kittens so went inside to fetch them some food. Our cat, Pushkins, gets on well with the kittens, as in she accepts them and sat by me just watching them eat, before following me back inside. 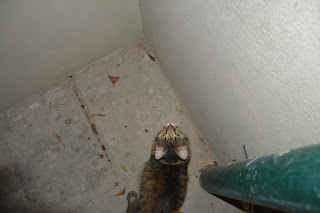 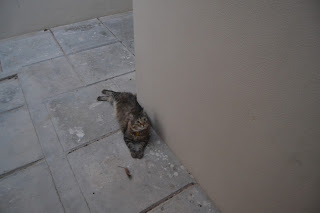