Well I'm back in Dubai after a trip to the UK, but only for 3 weeks then I'm off to South Africa to work with two volunteer projects with vulnerable children for 5 weeks.

I can't believe the difference in the weather, in Dubai, in the 3 weeks we were away. Although temps are still in the mid to high 30's it is noticeably different and the cold water tap actually doesn't run as hot and I was able to bathe the dog after our trip to the lakes in the desert today from the hose pipe rather than having to cool water down in buckets in the shade.

Before we left Dubai we were moved on from our usual Friday morning watering hole where we met weekly to socialise the dogs and ourselves as it was private property. We didn't manage getting up in time on Friday to meet the usual crowd at the new destination, but did manage it yesterday. The other people there weren't in a group and although friendly when we said hello as we walked past you could tell they weren't there for socialising, so we walked around the new lake, which is something we wouldn't have been able to do 3 weeks ago in the heat and humidity.

This part of the desert is covered with trees, the lakes are much bigger and the water is pumped through filters to keep them clean, there is an abundance of wildlife and in the centre of the picture although not very clear is a crane that was circling around (I must remember to take my grown up camera with me next week as well as my iPhone)

I was rather disappointed to find 3 dog poo bags that people had obviously gone to the trouble of cleaning up after their dog then just dumped them by the trees, the cycle centre is less than 2 kms away and has bins. There was also a lot of rubbish, plastic cups, drink bottles and food waste and wrappers, but I'm assuming this has been left behind by people celebrating Eid as there was also lots of ash piles from bonfires which I very much doubt were lit by the dog walkers so early in the morning. Teams of workers were out picking up the litter and thanked me for the carrier bag full of rubbish I gave them that I'd collected as we walked around the lake.

It's good to be back at the lakes and lovely to have both the cat and dog home after their holiday to the cattery and kennels while we were away and it doesn't appear that their adventure has caused them any issues. 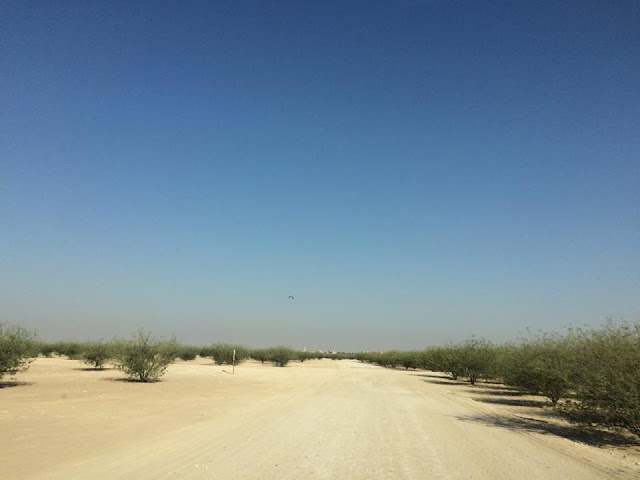