The cat can't seem to find her spot

The cat can't seem to find her spot.

In South Africa the cat slept in her pink bed on the window sill, the downstairs window was left open and she would come and go at her own choosing. However since moving to Dubai, she's been unsettled, she's eating and even drinking lots of water, she purrs, she seems content, but she just can't find her spot.

We actually don't have a window we can leave open other than the one in the kitchen which is over the sink and we really don't want her walking over the kitchen surfaces, the other 'windows' are actually doors which we can't leave open when we're not in or at night and during the day with the air con in full swing she is either in or out. However she has become very good at knocking on the doors and making a right racket during the night to either come in or go out and we're not getting much sleep at the moment. 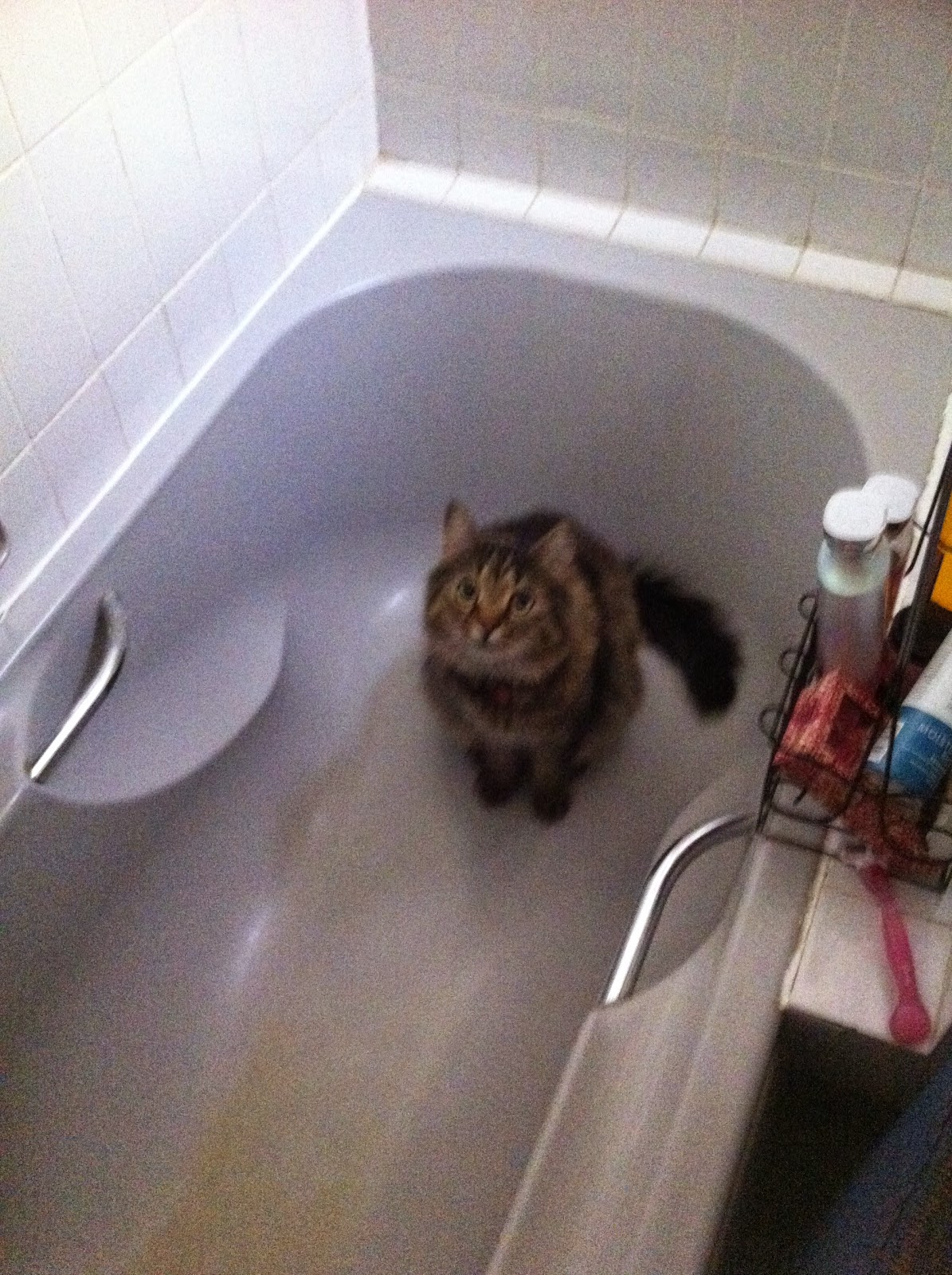 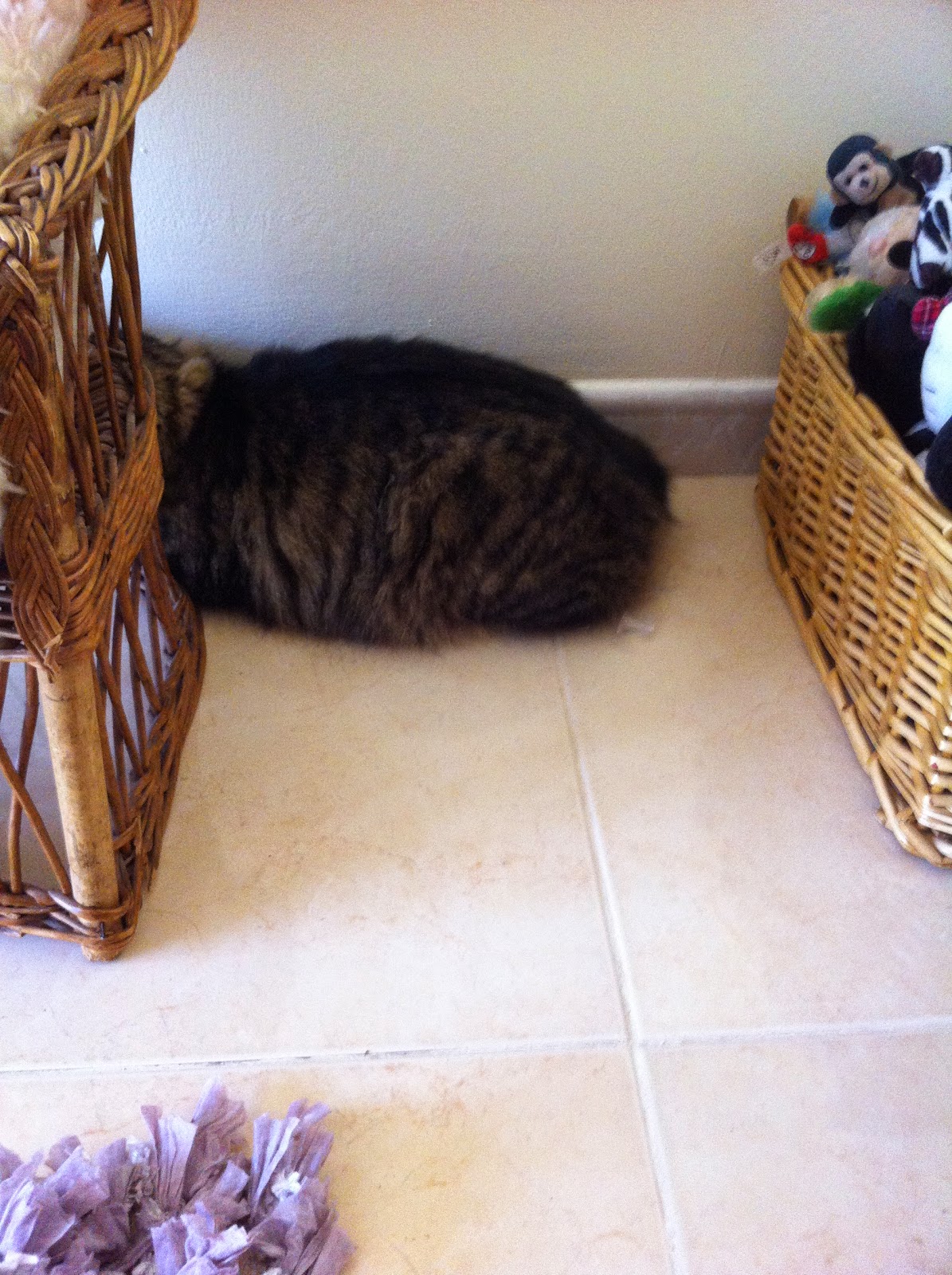 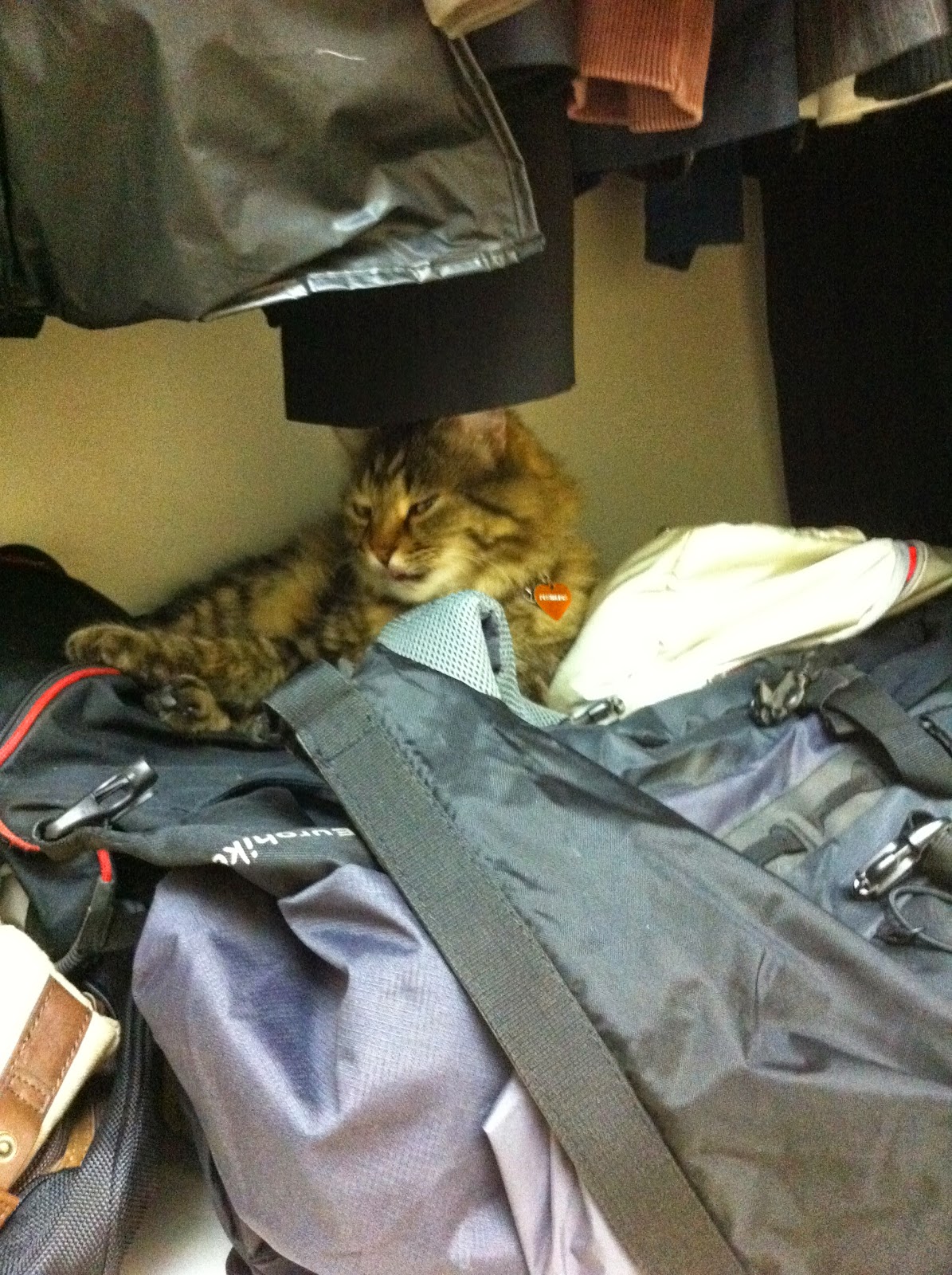 Why won't you open the window? 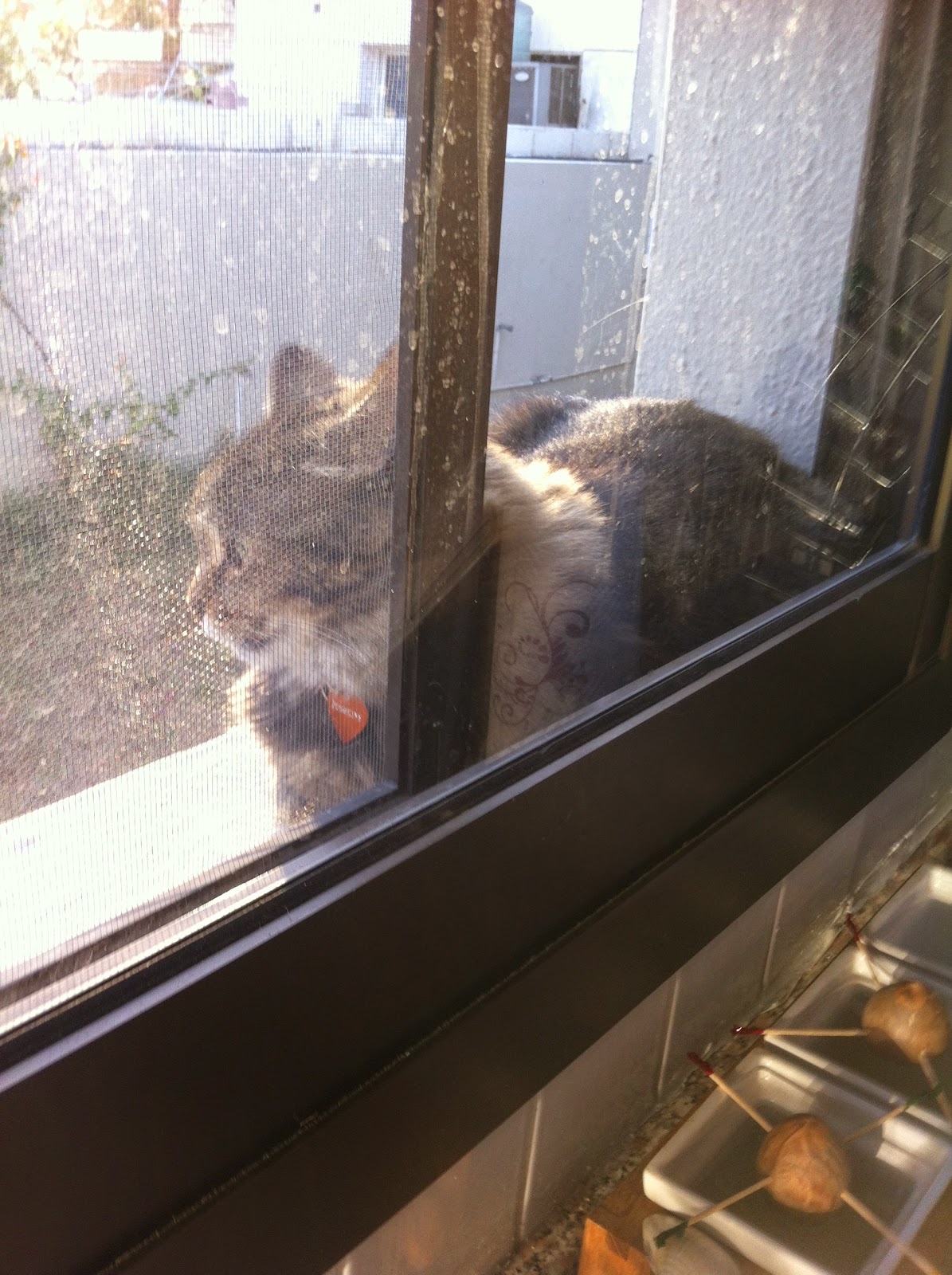 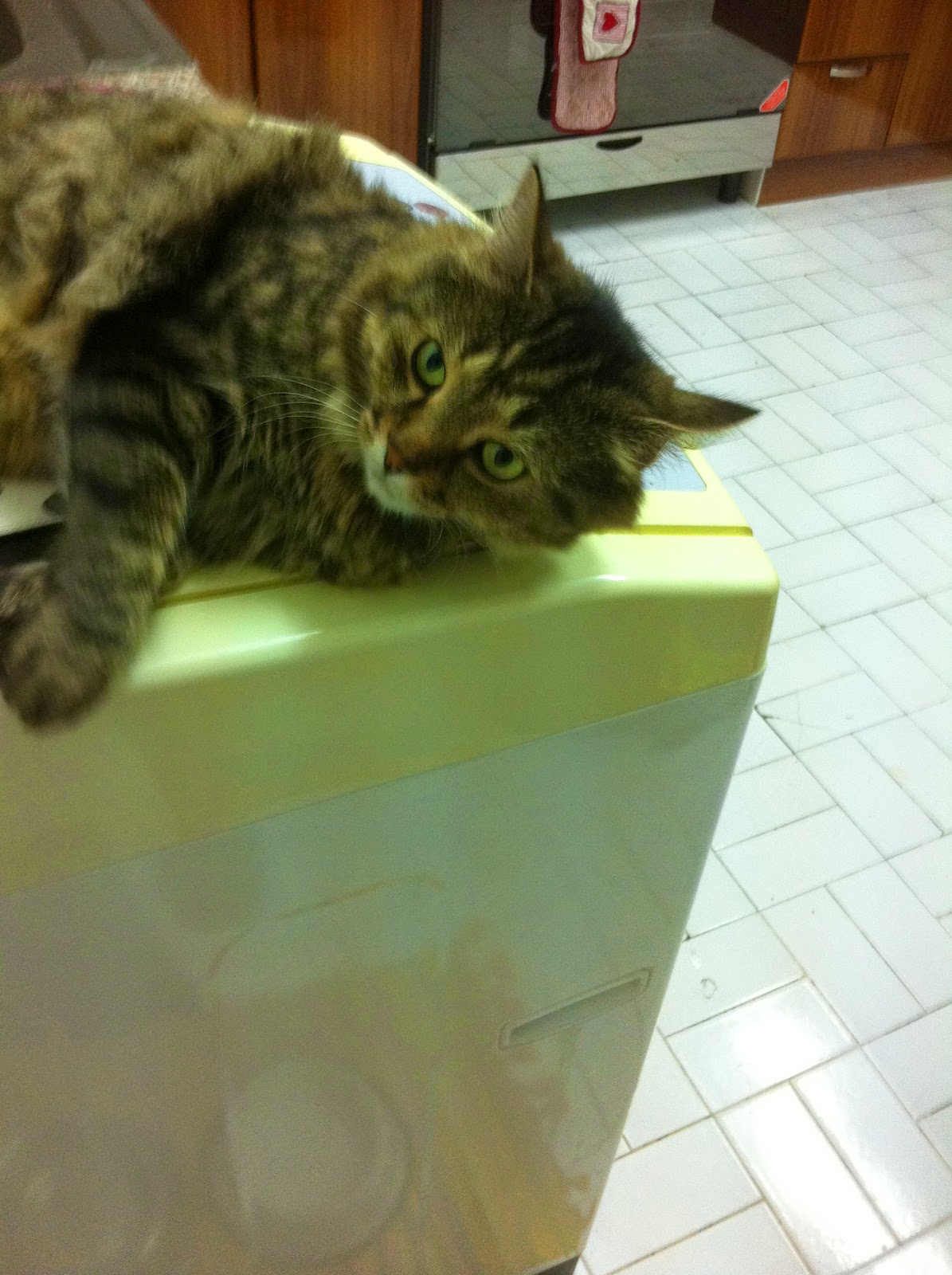 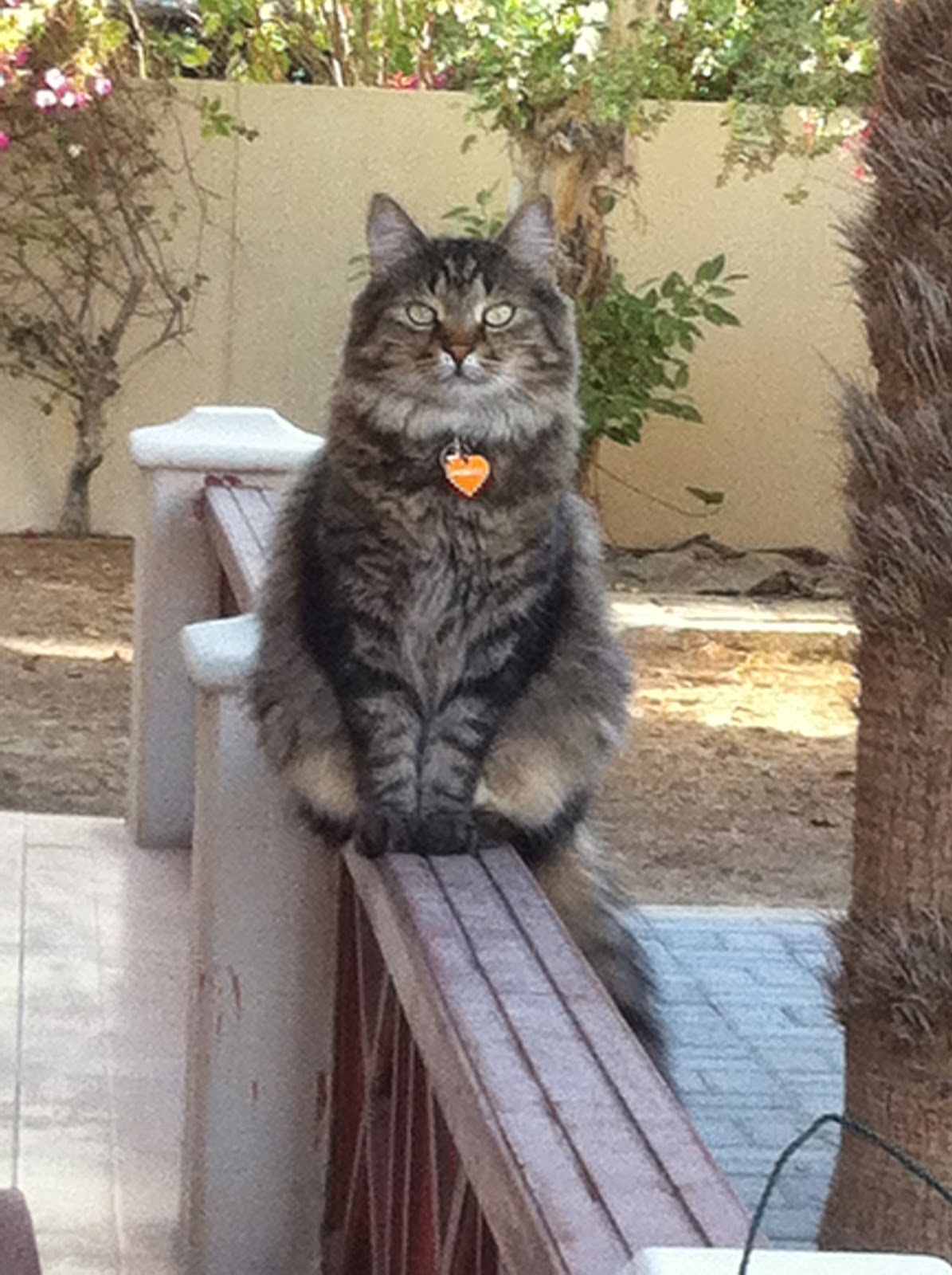 Not a big fan of cuddles, it's too hot 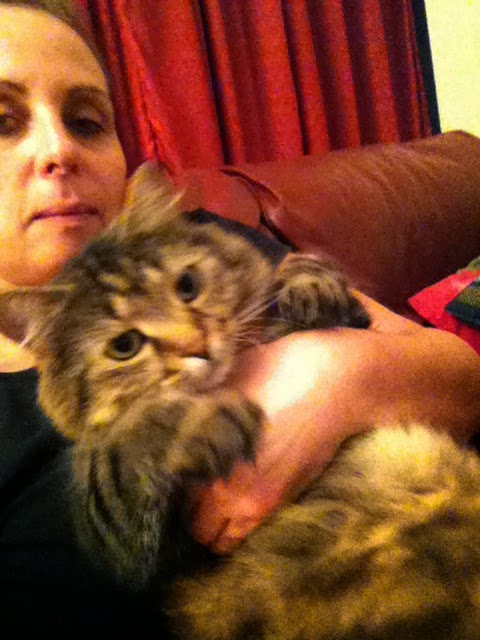 Why sleep in a perfectly good bed? 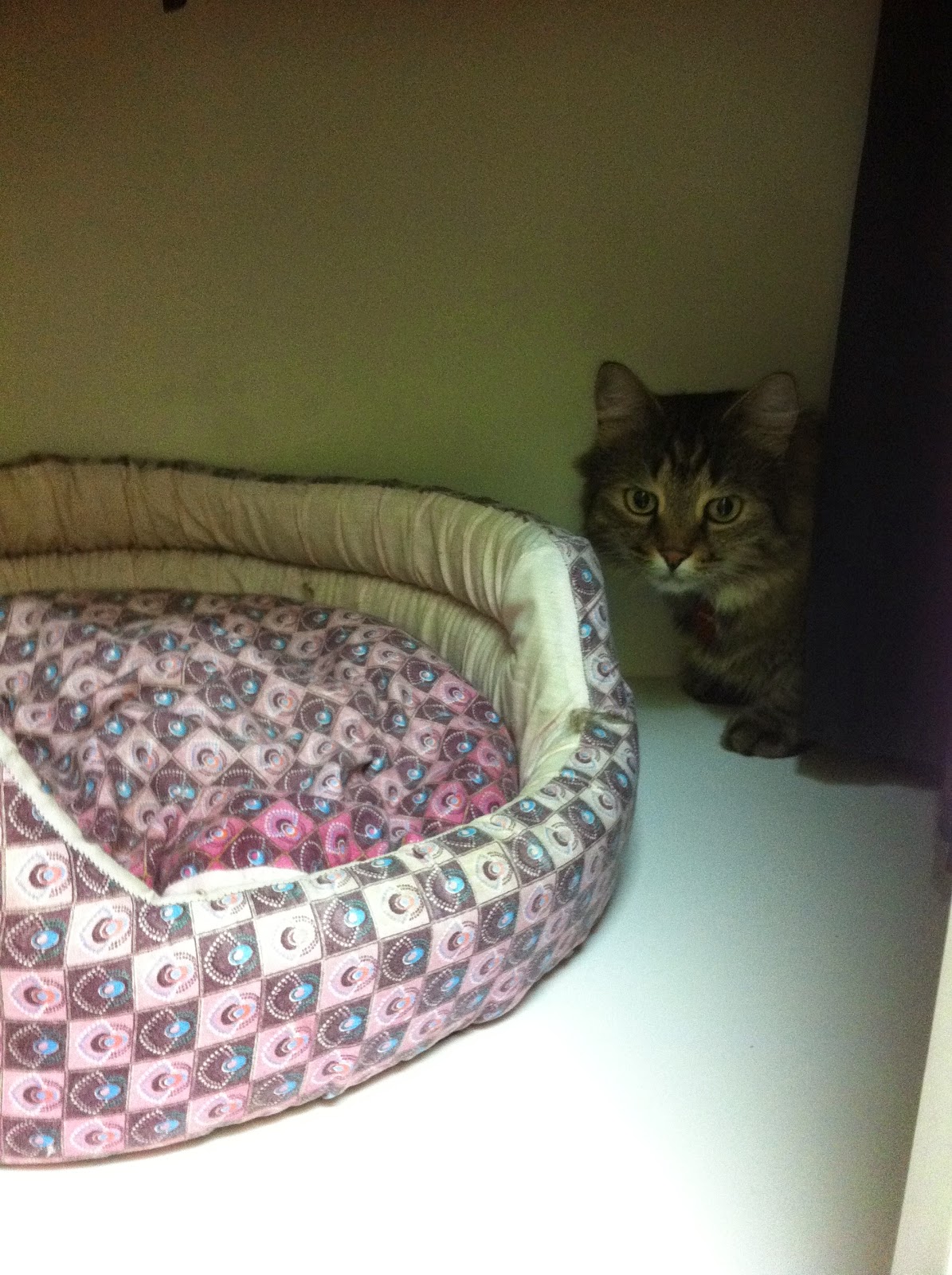 When she can clear out my closet? 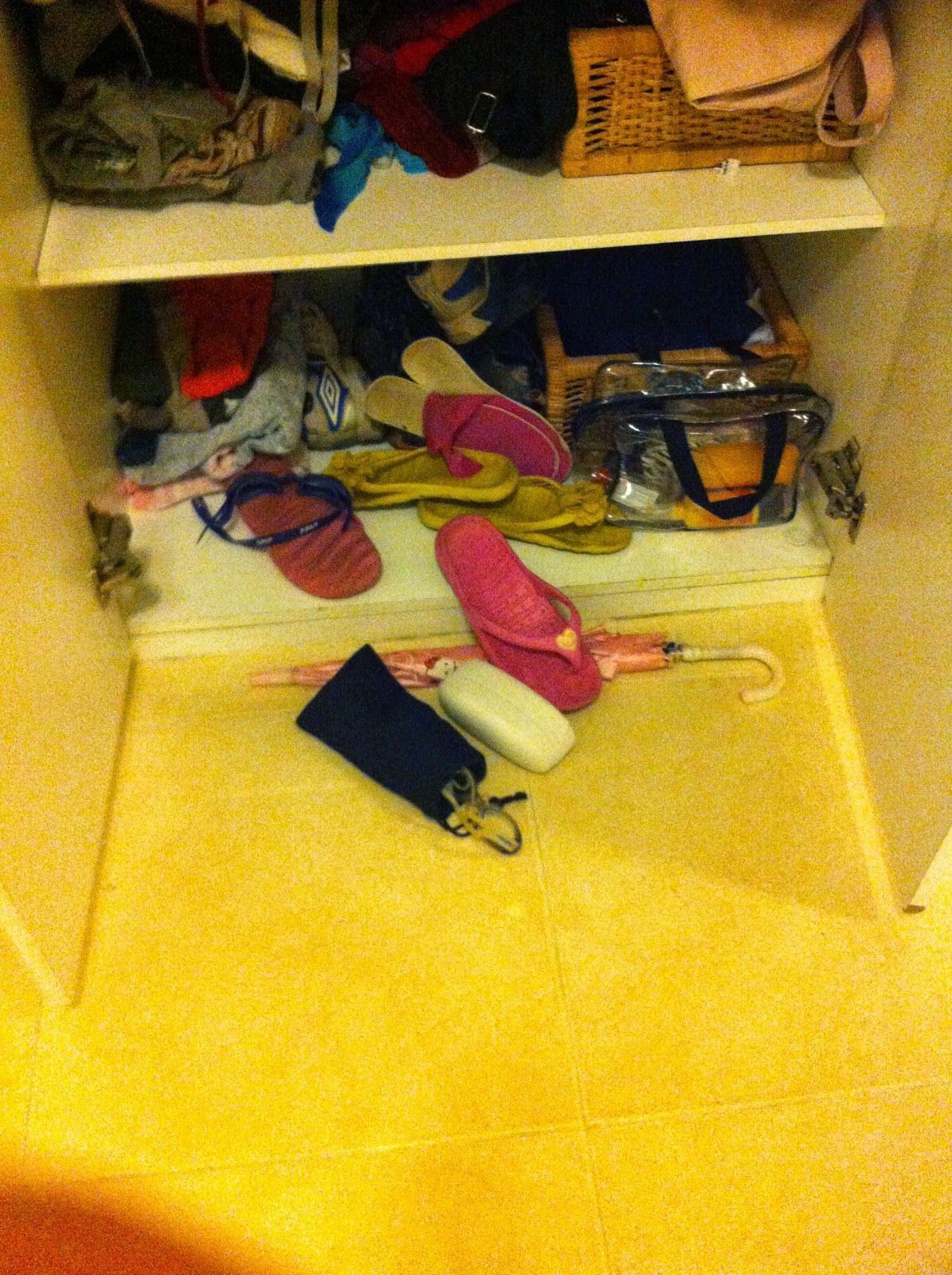 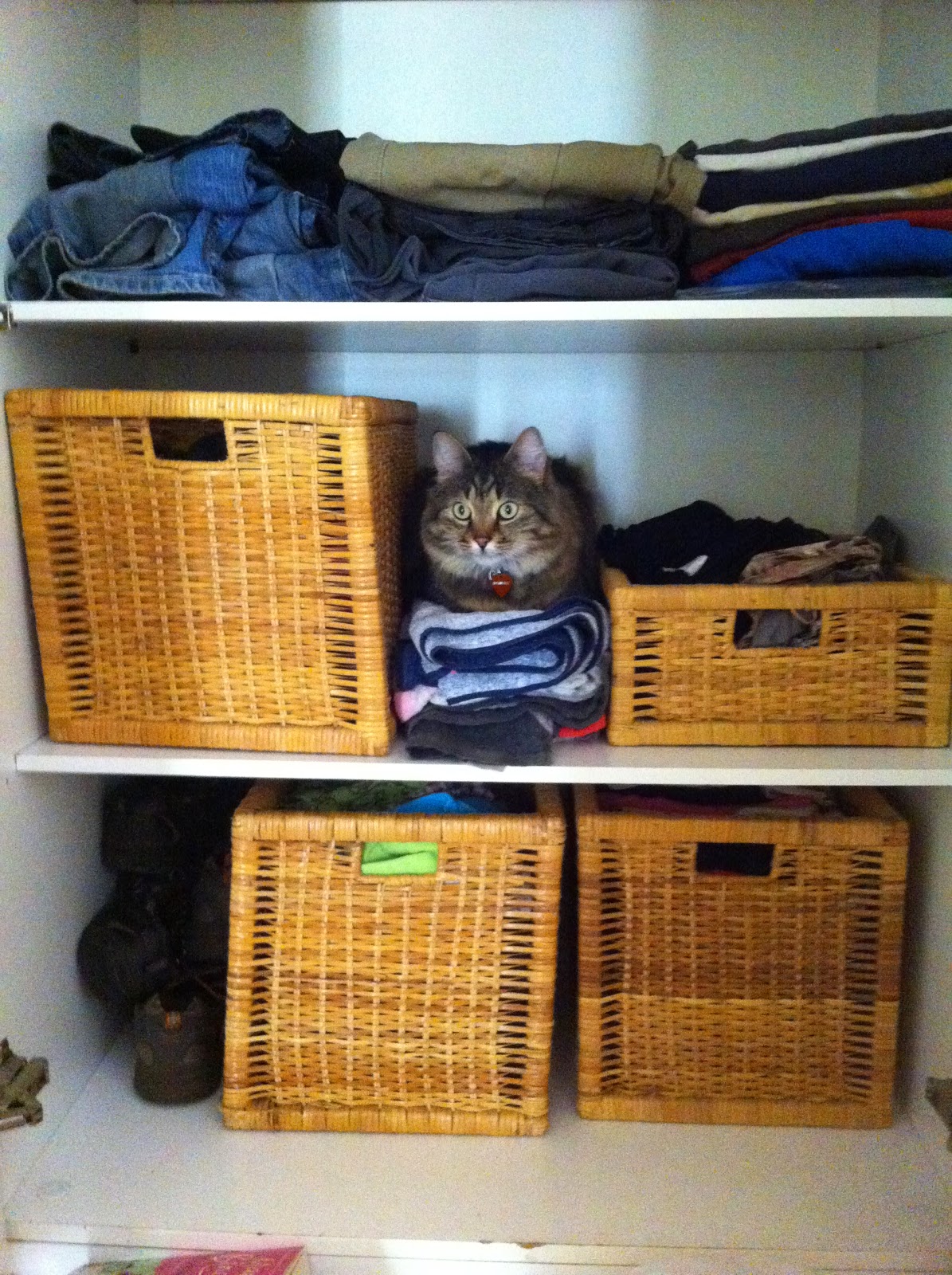 The sink is obviously cooler 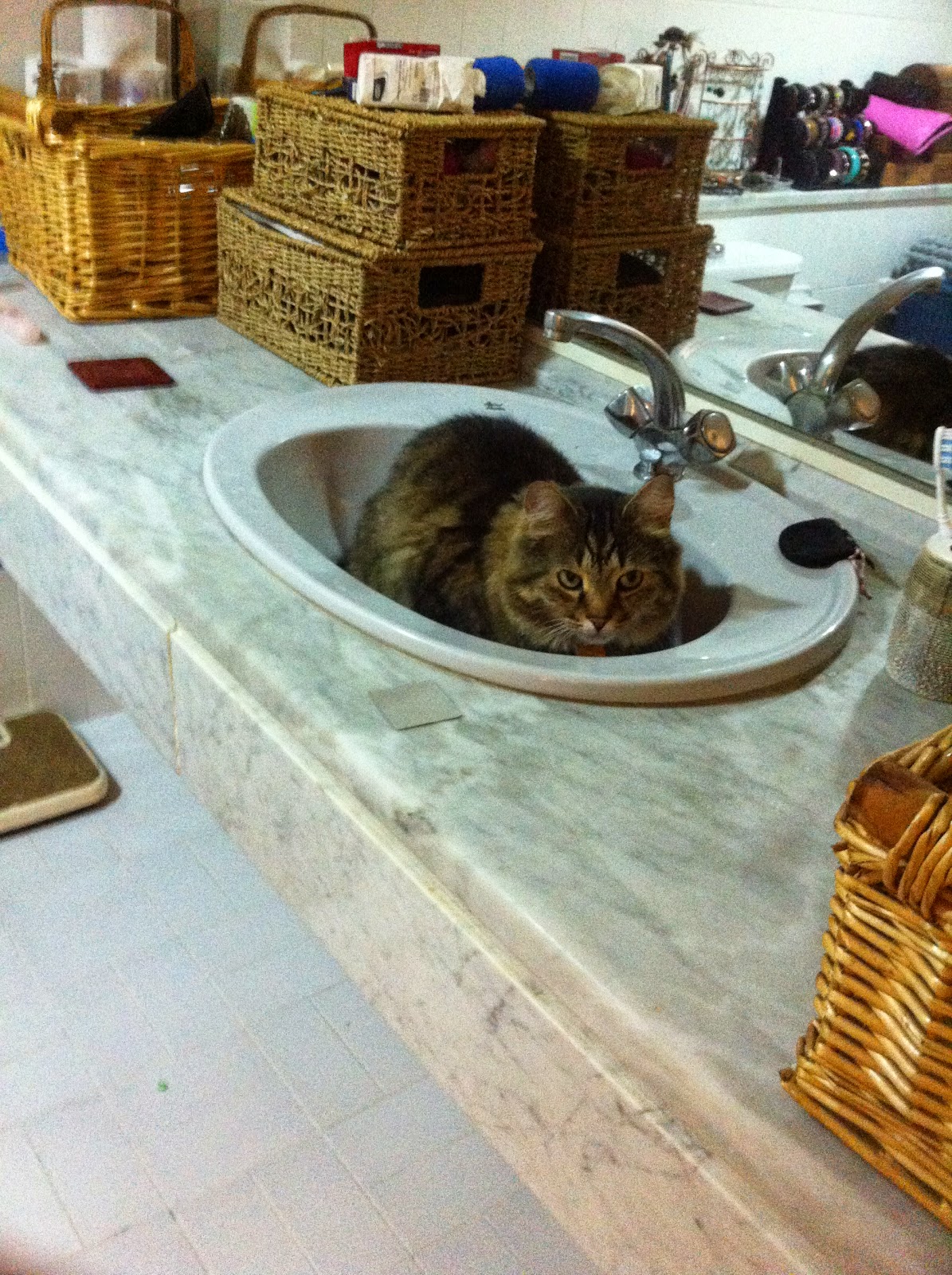 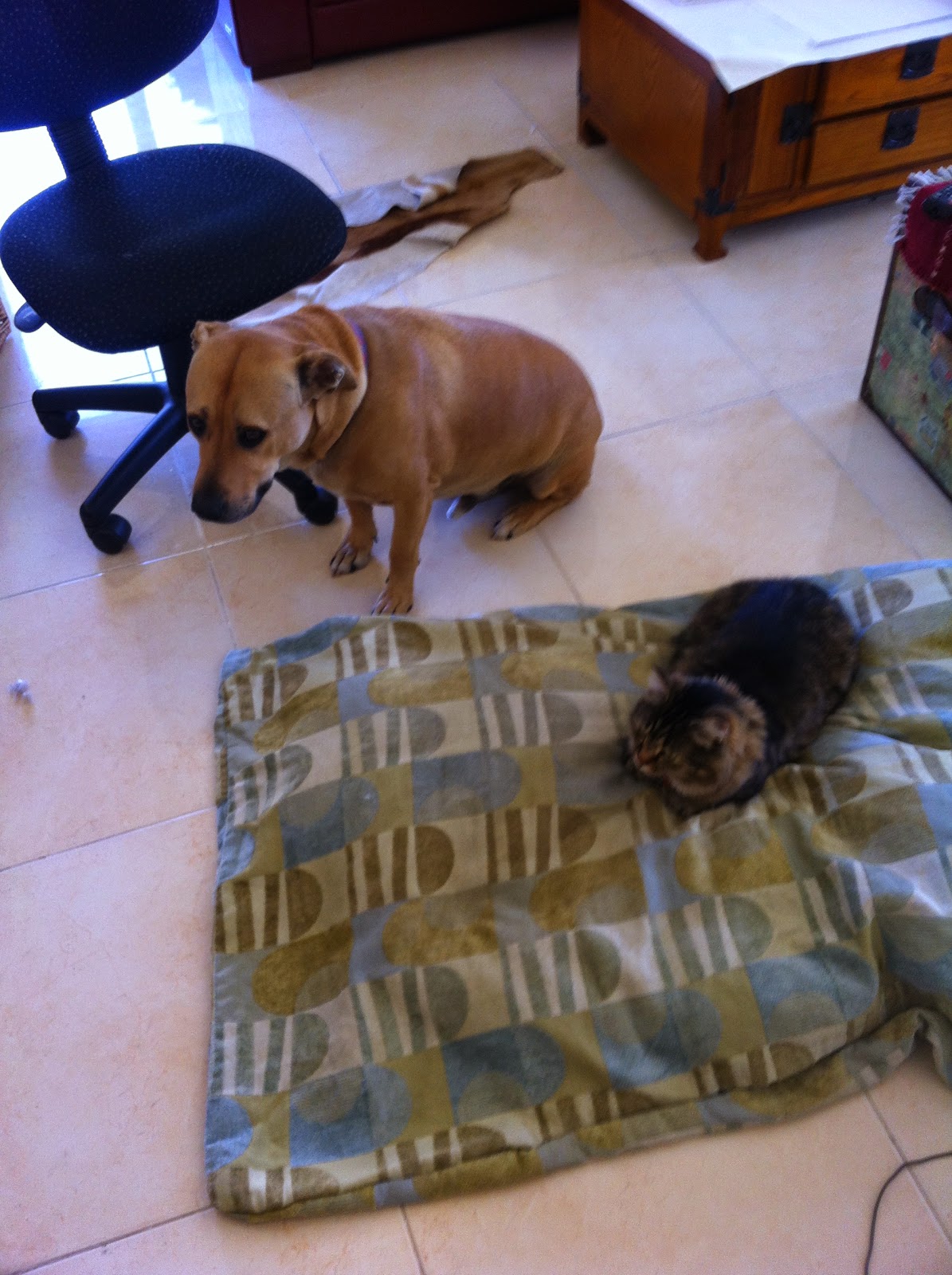 Hubby took these two photos last month while I was away in Canada. Due to the heat both animals spend the day light hours indoors, with me being away, they've been spending all day with just one another for company. 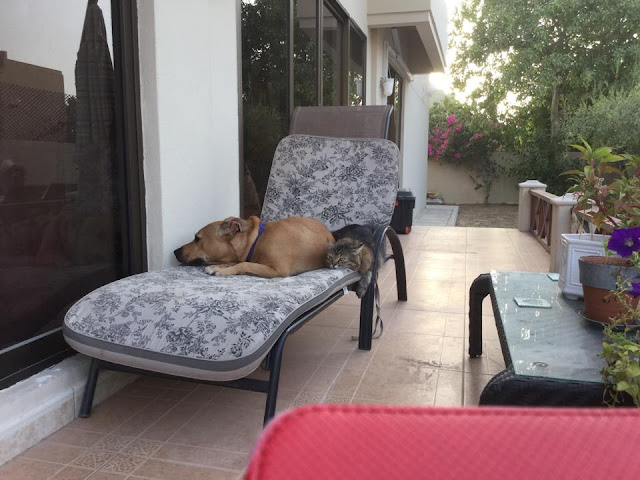 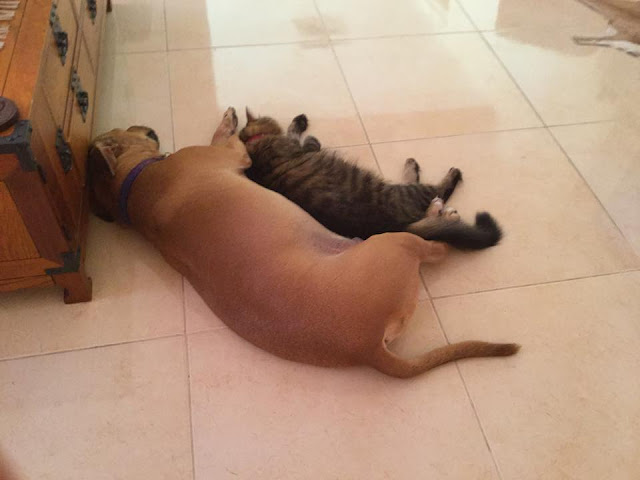 The cat seems to have found her spot now. i spend most of my day when I'm in the house in the conservatory, it has it's own air con unit, which means I'm not battling to cool the whole house and while the dog sleeps on one sofa I've taken to feeding the cat her treats in this room and put them on her Hello Kitty blanket which she is now choosing to sleep on. 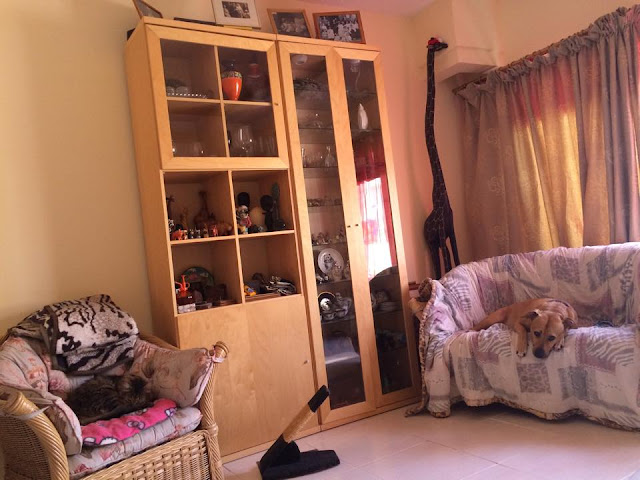 This photo popped up on my timeline on face book this week. I'd forgotten she went through her 'Hide and Seek' phase a few years ago also. 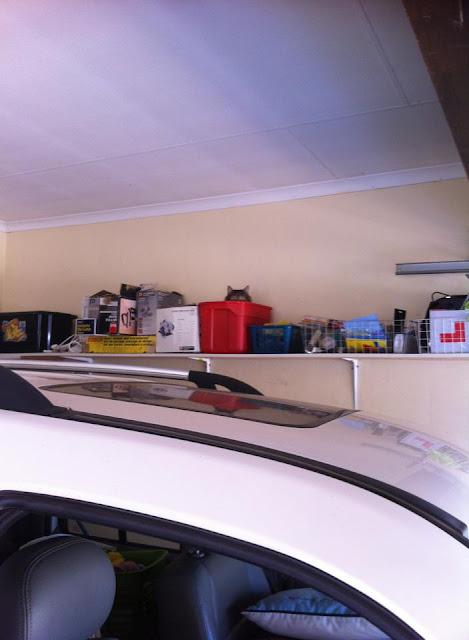 Let me know when you spot her.