The week started in Dubai and ended up in South Wales. It's been a busy week and I'm looking forward to spending a few days here with hubby after a hectic tour of the North of England. Starting in Birmingham on Tuesday morning to Manchester, Bradford, Leeds, York, Thirsk, Catterick, Manchester and back to Birmingham in a Fiat 500. Hubby joined me in Thirsk, I do a lot of Solo Travel and many people have said they'd have loved to have met me if they'd know I had been there, but I don't post photo's/updates until after I've left the area to ensure I stay safe while I'm travelling. I also appeared in the Daily Mail on Tuesday talking about life as a boarding school parent.

After a few drinks to many on Saturday night, Sunday was a quiet day spent mainly in bed waiting for each load of washing to finish. Nails were filed and painted and eventually I showered and dressed and went to Starbucks to catch up with blog posts and via the vets to purchase worming tablets as the cat and dog are going into kennels tomorrow for 17 nights. I also finally finished hubbies tax return ready to post from the UK.
Day 249 #onedailypositive #InTheAir #fmsphotoaday #SchoolUniform #snaphappybritmums #project365 This school shirt my son forgot to take back with him is in my suitcase waiting to fly with me tomorrow night to the UK. 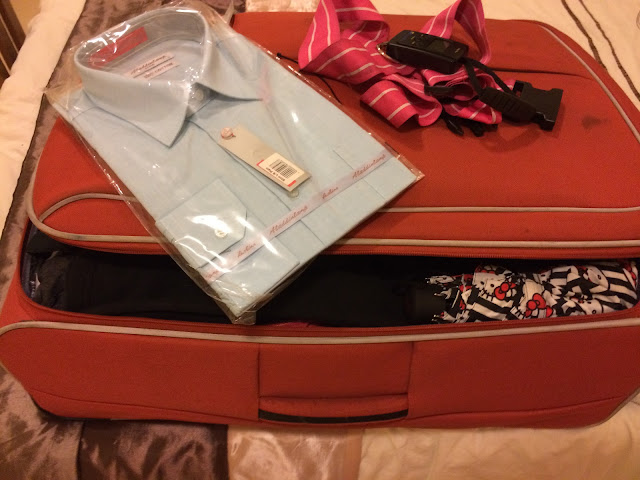 Monday was busy and sad. I know it sounds pathetic but this is the first time we've left the cat and dog in the cattery and kennels, we've always had a house sitter in the past. The cat and dog both had a smooth transition from South Africa to Dubai with no side effects other than they've become a lot closer and often sleep together. We'll have to wait and see how they are on our return as to whether we board them again. The cat cried in the car for the 40 minute journey, but she has never liked the cat basket and the dog was just excited to be out in the car and had no idea where he was going. I stopped off for a quick coffee with the expat ladies on my way home and then a quick tidy up of the house and the last wash put on and I grabbed a few hours sleep before going to the airport for my 3am flight.
Day 250 #onedailypositive #sunshine #fmsphotoaday #SchoolRun #snaphappybritmums #project365 I've had enough sunshine and I'm flying to the UK tonight for some cooler weather and hopefully some rain. There are no more school runs, but this is the closest I could get. Taking the cat and dog for boarding while I'm away. 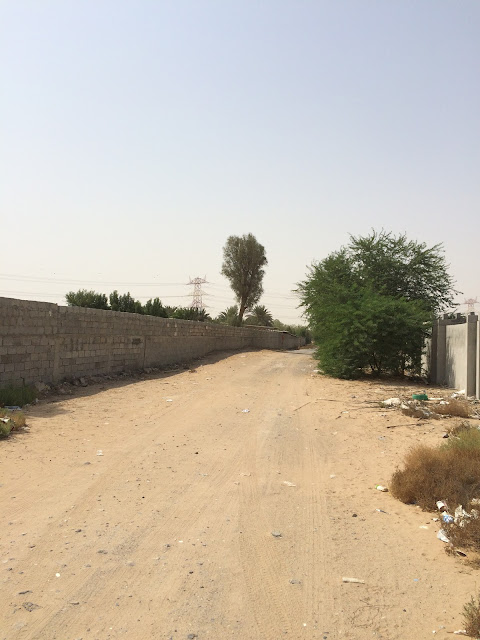 Tuesday was a busy day. I landed at Birmingham airport at 8am, by 10am I'd collected my cases and the car hire, which was a Fiat 500. I had to fold the seats flat to get my case in, slightly worried there will be no room for hubby and his case on Thursday. I then drove north to Manchester, found the Britannia Airport Hotel and once I'd checked in I caught the bus into Manchester, sorted out my mobile phone and met Kylie for a coffee and gossip. I was back in the hotel by 7pm and after a bath and 2 Gin in a Tin's I was in bed and asleep fairly soon there after.

Day 251 ‪#‎onedailypositive‬ ‪#‎help‬ ‪#‎fmsphotoaday‬ ‪#‎puddles‬‪#‎snaphappybritmums‬ ‪#‎project365‬ a day late due to traveling to the UK, I've packed wet weather gear but couldn't find a puddle anywhere yesterday. Can anyone help with my quest for a nice bit of rain? 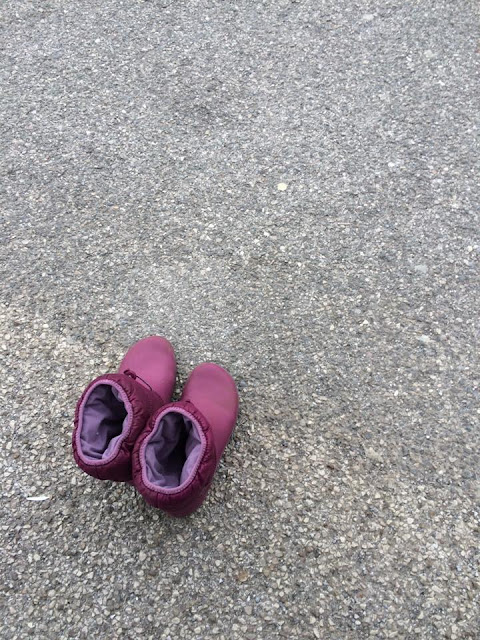 Wednesday morning I drove into Bredbury, had breakfast at Morrisons and then a visit to Aunty Kathy and around midday I set off for Yorkshire. I was staying at a farm B&B in East Bierley, Bradford.  I unpacked and took a walk around the farm, then drove in Saltaire, a World Heritage Site, for a wander round, bought my dad's birthday present at an antique shop, as I could spend all day in shops like these, we don't have antique/junk/charity shops in Dubai nor in South Africa and I really miss rummaging around places like these, in fact we don't have old buildings, historical sites, rolling green countryside, tea rooms and random people just striking up a conversation. In fact I just miss the UK, I now appreciate why so many people from round the world visit the UK every year. I ate dinner back at the B&B, liver, onions and mash and a pint. 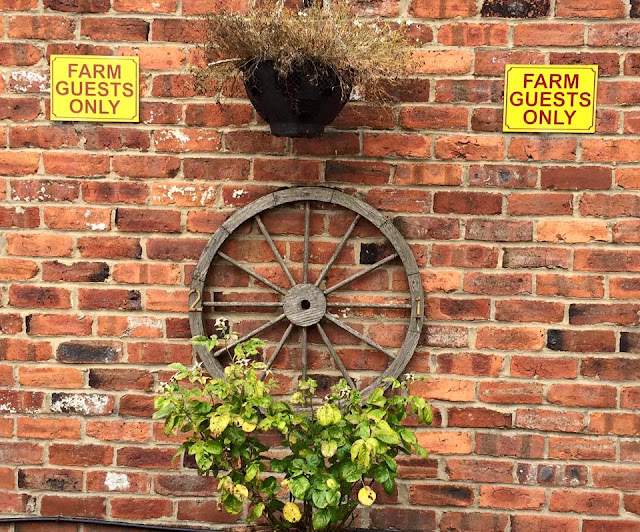 Thursday after breakfast I drove into Leeds to collect child 3 of 5, he's moved since my last visit and has a ground floor apartment over looking the Leeds - Liverpool canal. We decided to drive into York and on the way in I showed him where I grew up aged 5 - 11 in Copmanthorpe, very little has changed in the village. We had lunch over looking the river, walked most of the walls round the city, drank coffee and met Chris Ryan at a a book signing. My son travelled back to Leeds on the train and I drove to Thirsk in the evening, checked into another hotel, I took a walk around the town with my camera and collected hubby from the train station at 10pm. For this weeks TimeTraveller I revisited my holiday to Barcelona Olympic Games in 1992.

Day 253 ‪#‎onedailypositive‬ ‪#‎ISee‬ ‪#‎fmsphotoaday‬ ‪#‎gate‬‪#‎snaphappybritmums‬ ‪#‎project365‬ I've seen lots of gates today, starting with the farm where I stayed last night in Bradford, to Micklegate in York during the day and this kissing gate at the church in Thirsk where I'm staying tonight 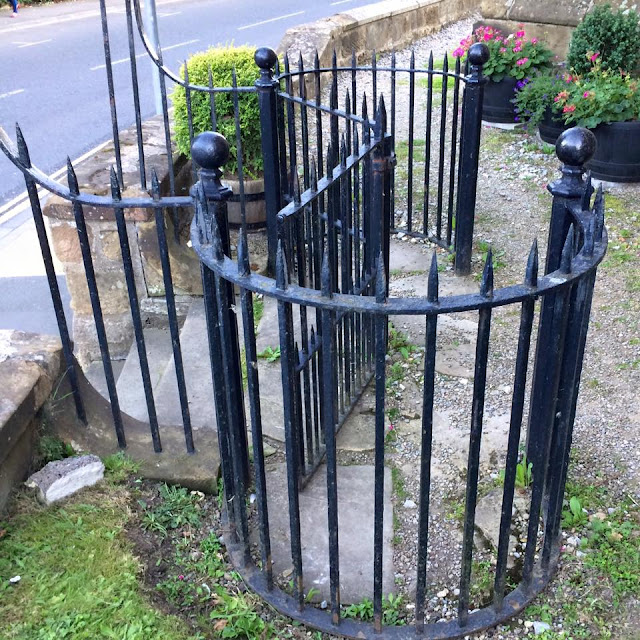 Friday was child 4 of 5's big day. He passed out from the British Army at Catterick. It was an emotional day. His granny, dad, uncle and 2 cousins came up to see him also and we all had some lovely photo's taken with him and met the Governor of Gibraltar. In the evening hubby and I drove over to Manchester, staying at the village hotel in Hyde, we had dinner with hubbies cousin and family and Aunty Mary at Werenth Low. Hubby grew up in this part of the world and it took ages getting back to the hotel via all the detours to check out his old haunts.

Day 254 ‪#‎onedailypositive‬ ‪#‎ITaste‬ ‪#‎fmsphotoaday‬ ‪#‎sepia‬‪#‎snaphappybritmums‬ ‪#‎project‬ it's been a long and emotional day starting with @danblake1995 passing out parade in Catterick and ending up catching up with family in Hyde. I've just paid £10 for 2 glasses of wine, it better taste good 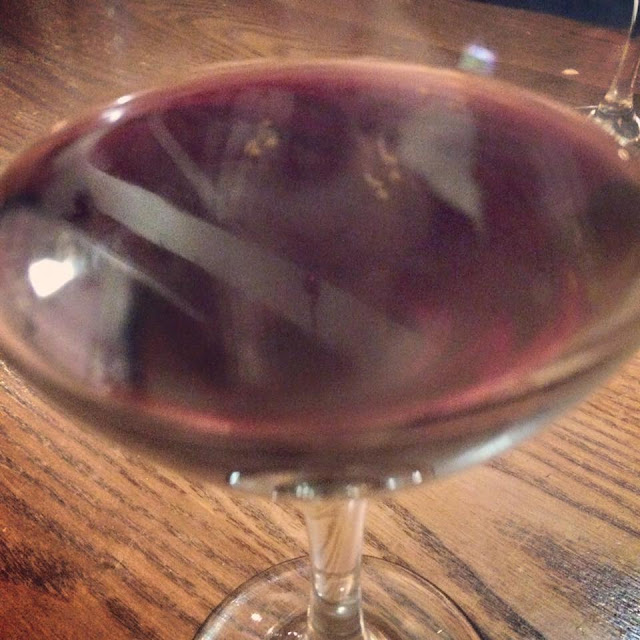 Saturday morning we called in to see Aunty Kathy again and then a visit to see Uncle Dave and  drove back to Birmingham to drop off the car. The roads were awful, traffic jams, tail backs on the M6 North for more than 20 miles as we drove down, road rage, reckless driving, tail gating and variable speed limits, we paid the extra to take the M6 toll road as my BIL was collecting us and had been drinking coffee at the services for an hour, we're staying with my parents for a week. Within the hour we received a text summoning us to my sisters house, 10 miles away, as my 4yo niece had picked her books for her bedtime story and had declared I was to be the one reading them this evening.
Day 255 #onedailypositive #opposite #fmsphotoaday#landscape #project365 I'm in the UK for a couple of weeks, this is Yorkshire lovely and green. The complete opposite of the landscape I see everyday in Dubai which is sandy and beige. 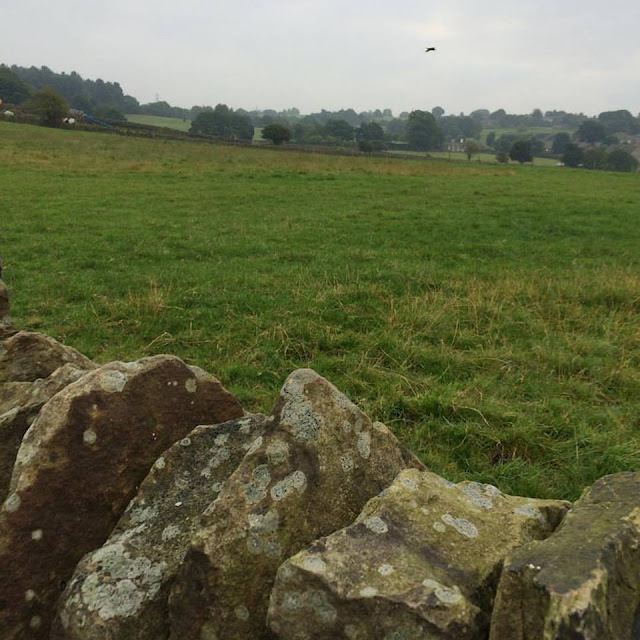