Gardening plans were put on hold in December due to painting work that had to be carried out on the house. I got as far as weeding the sandpit, when the decorators arrived and had to gather up all the newly bought plants and seedlings and leave them until the workmen finished. 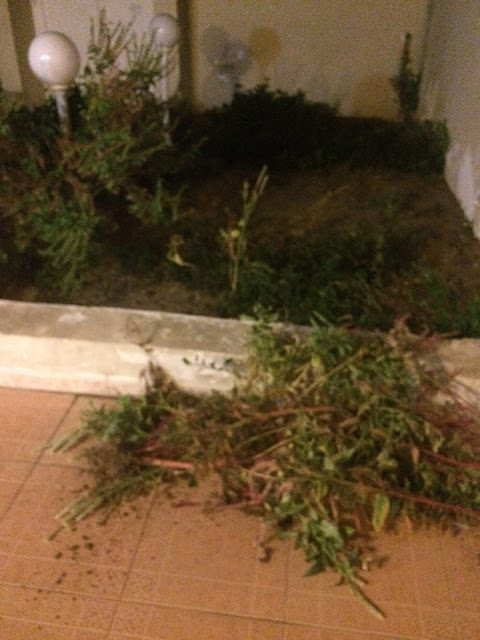 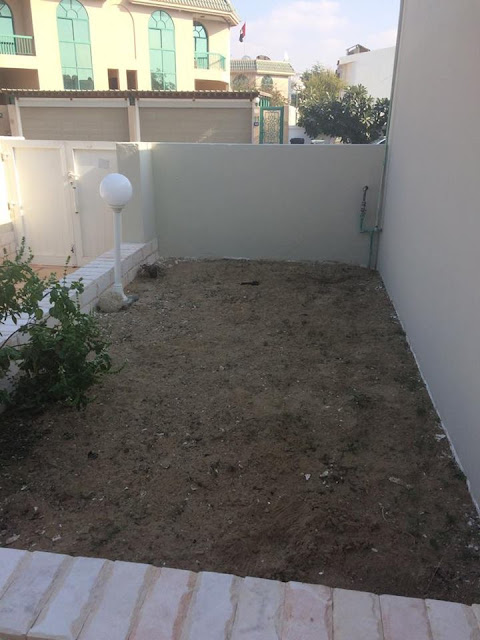 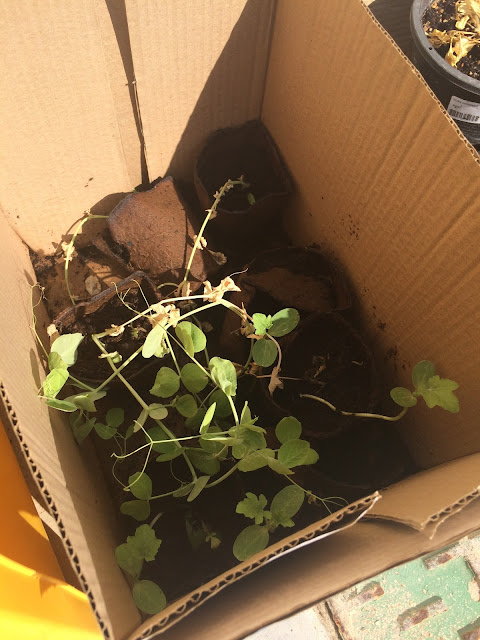 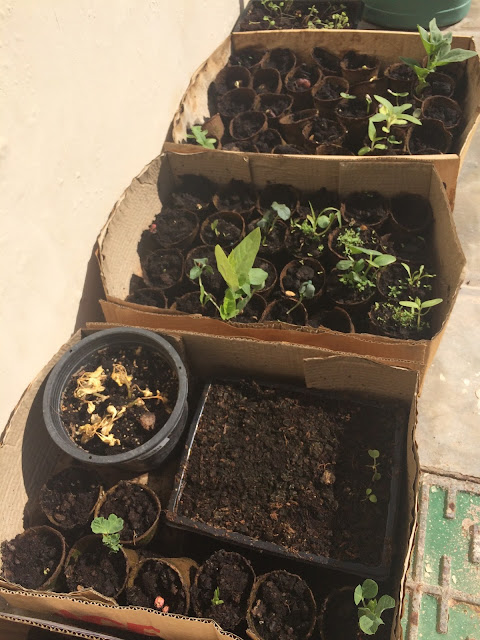 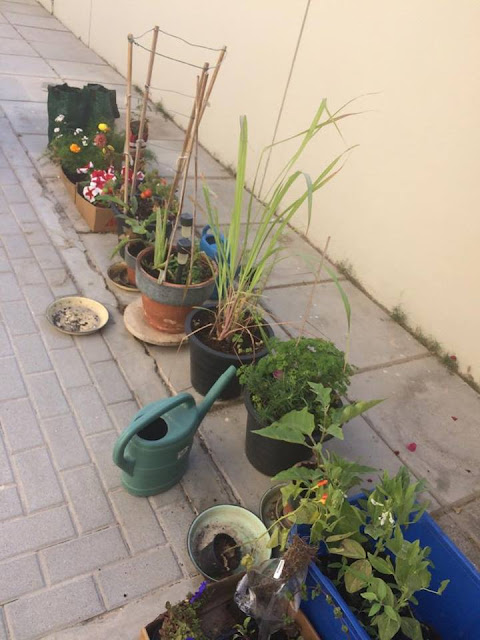 You can see why we had to move all the plants as this was the state they left the others in. 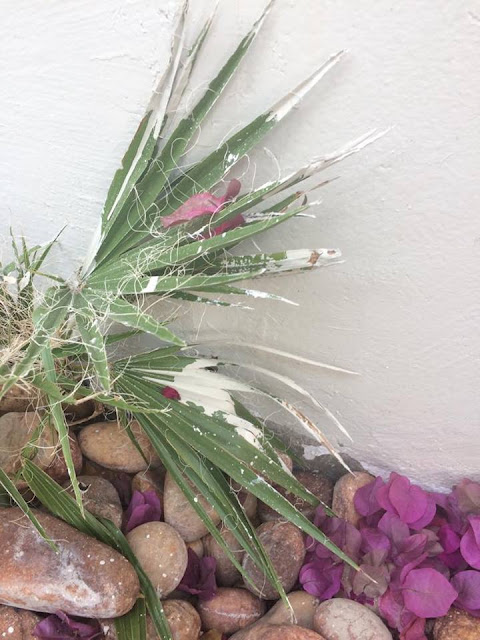 And there is quite a bit of repair work to carry out as well as junk to remove from the garden. I've asked them to come back and sort these things, but they're really not bothered. 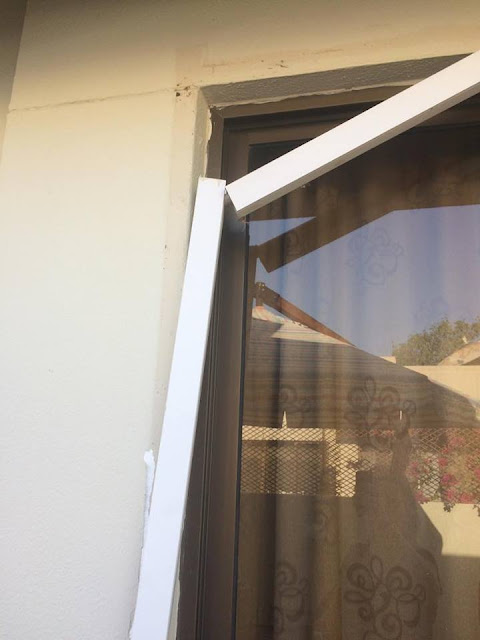 The lawn has suffered quite a bit after having 2 dogs over christmas, hopefully it will right itself soon enough. 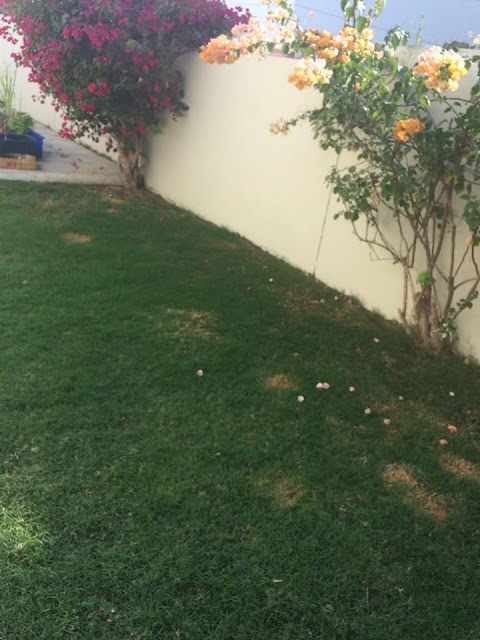 In the local garden centre they were selling christmas reefs between £28 and £44 and real trees were retailing at around £160 for a 6ft tall one. 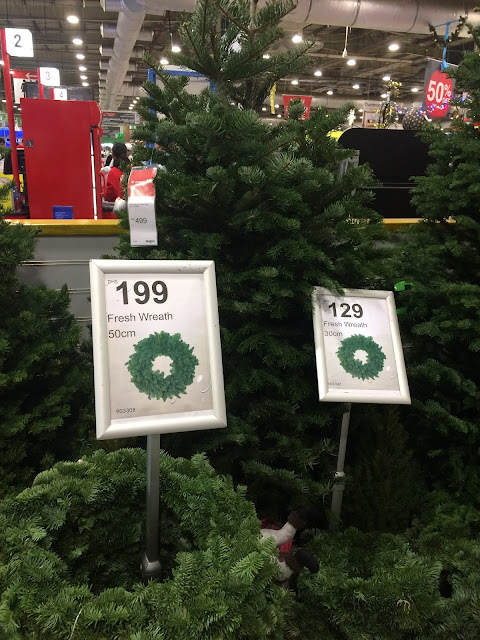 There has been a lot of artficial ground coverings for sale in various locations at around £15 for a square meter and of course artificial turf. Neither appeals to me, but it seems very popular over here. 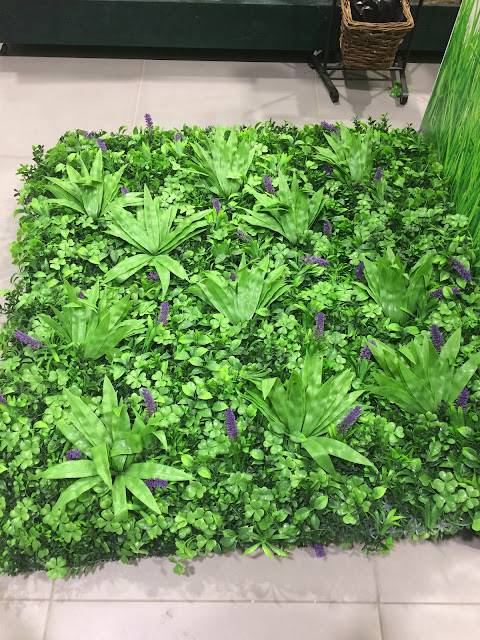 Down on the beach near the new canal, planting has taken place to try and restore some of the area. 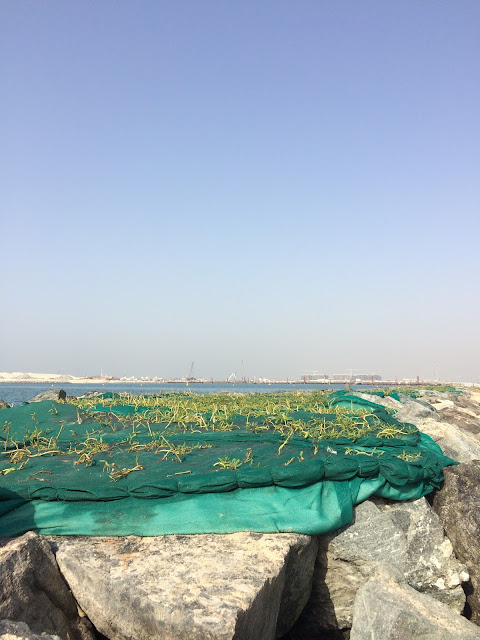 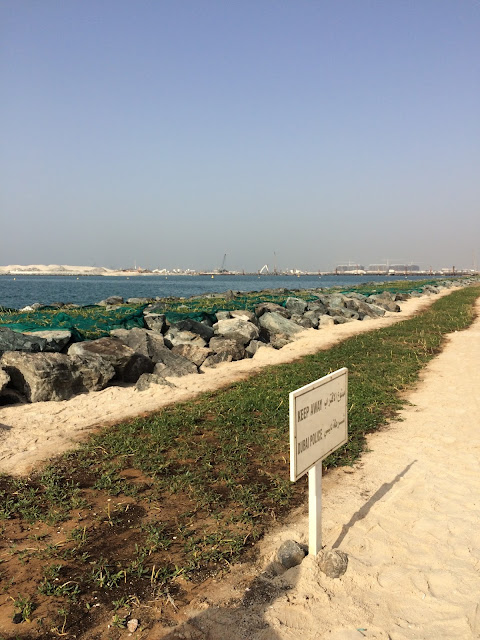 There's a bit more weeding to be done in the sandpit, which has to be carried out in the evenings as it's still too hot for manual labour in the garden. Peter has rigged up some LED strips under the sun umbrella and the table has been decorated to add a bit more colour to the garden and we are enjoying evenings sitting outside enjoying the cooler weather.