Creating a garden in the desert - recovering my summer lawn

7 weeks away and a husband who really doesn't have the time or the inclination to sort the garden and I returned to this: 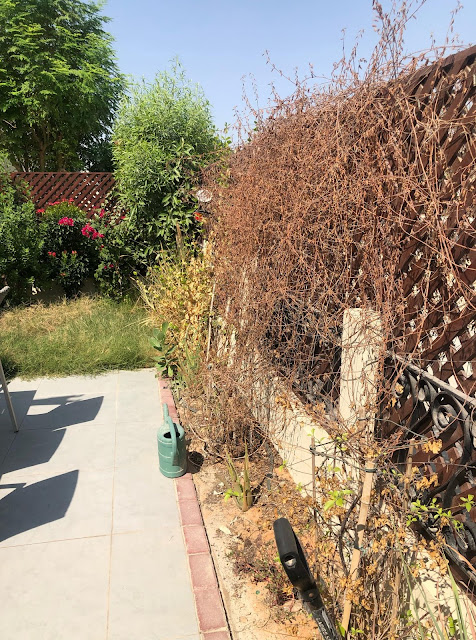 Dead plants, an over grown border and a lawn that grew so much with the humidity, it just collapsed in on itself. 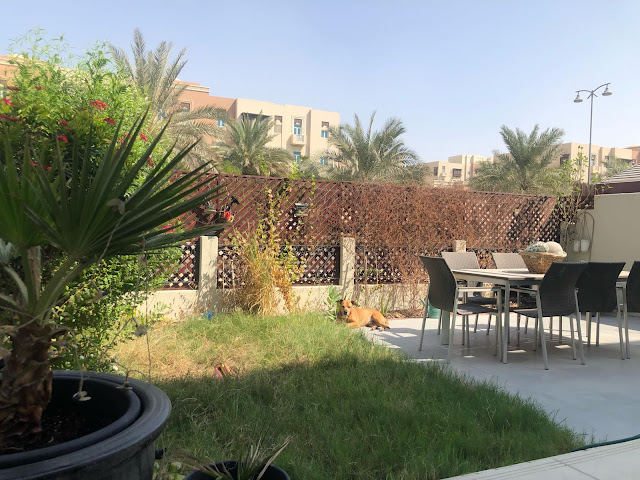 Summer in Dubai is hot and the humidity can take 'feel like' temps up to the high 50's.

We don't use the garden between mid June and mid October, other than letting the dog out first thing in the morning and last thing at night. The months leading up to summer tend to involve just sweeping up sand.

It's November now, the garden and balcony is in shade most of the day, the temps are below 30c in the day and 20c at night. The dog is being walked twice a day and is enjoying digging in the sand. 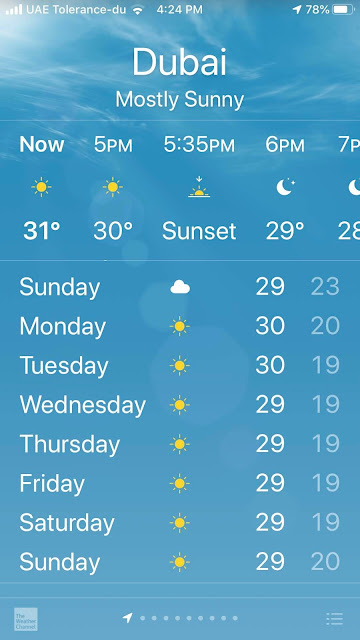 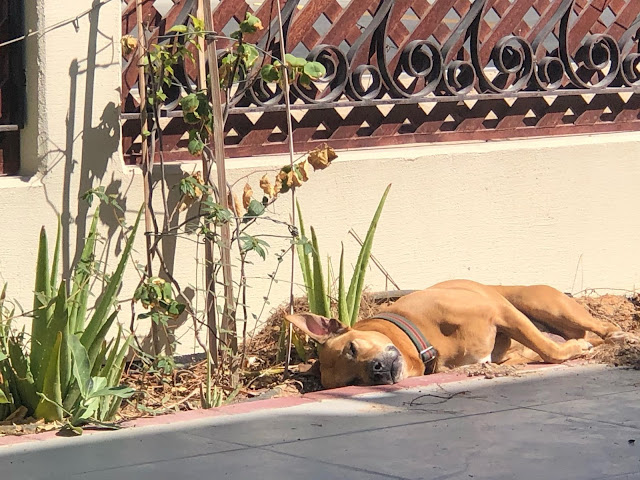 I'm spending most of my time at home in the garden. The evenings aren't as pleasant now the temps have dropped due to the mosquito's and getting bitten and we've probably got 6 weeks until the rain starts on and off which brings the sand with it also. 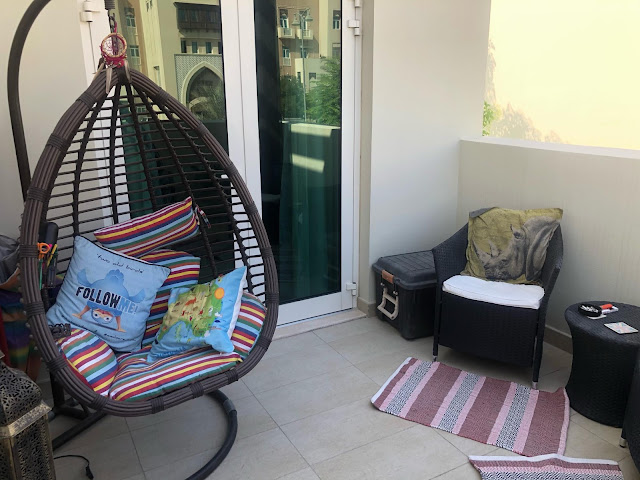 Cleaning the balcony requires a bit of ingenuity to get the hose pipe up there as the outside tap is in the garden. 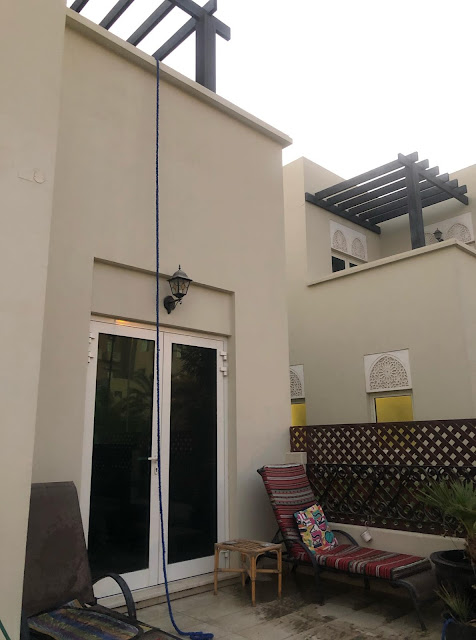 So I'm making the most of it. I spent a day strimming the lawn and pulling up dead plants, a day tidying it all up and then putting the rubbish out. 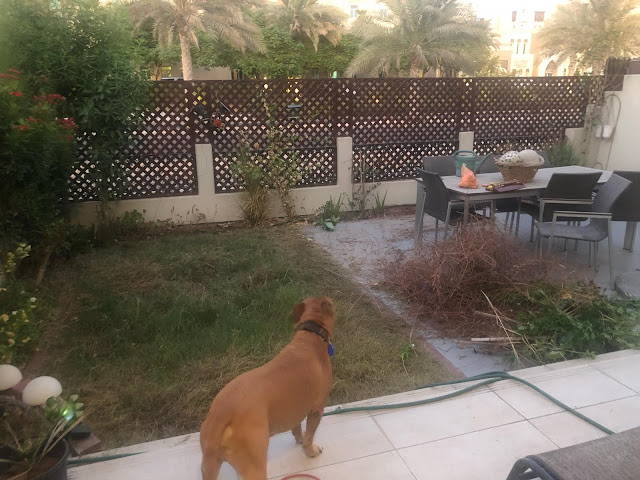 The grass is starting to recover slowly with watering and the cooler weather. 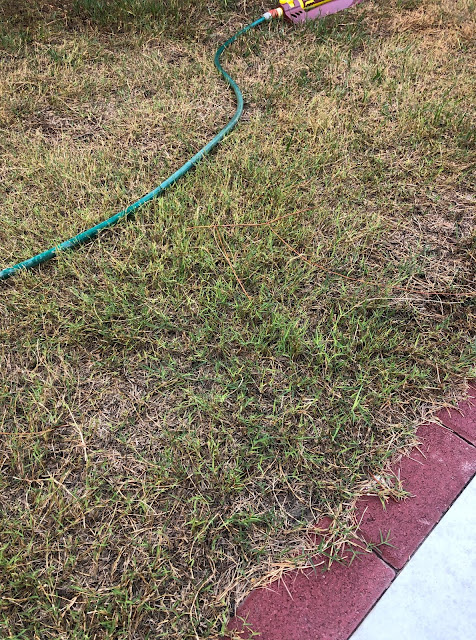 We're leaving the house the end of May, the cat and dog are relocating to the UK in January and sometime in March I will sell the fence, slabs and plants as we have to return our garden to the same state it was in when we moved in 2 years ago. 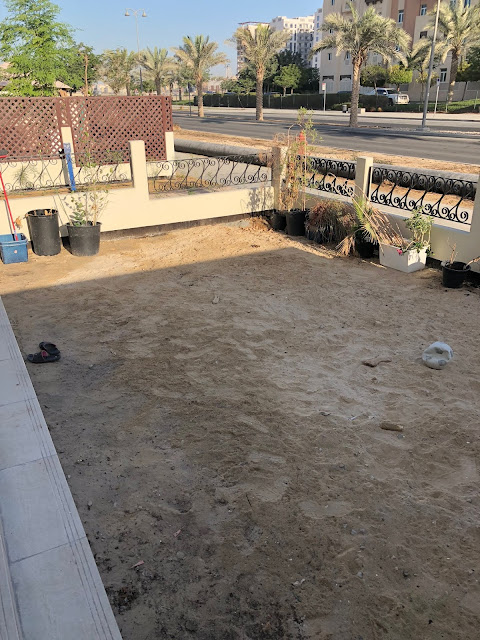 I'll be moving the pots back to the UK and the indoor plants, cactus and palm tree will relocate to the balcony on our apartment and we'll see how long they last. 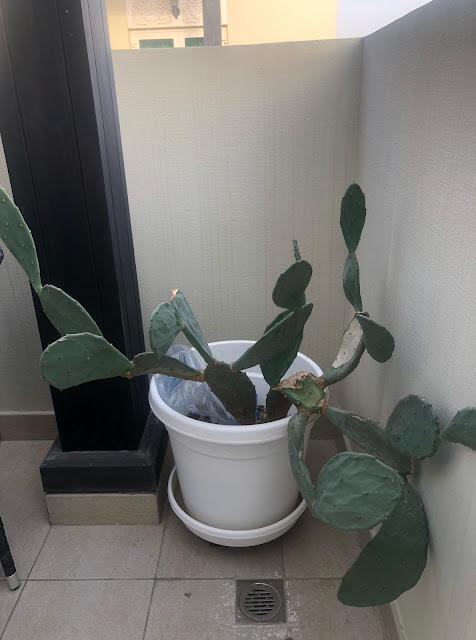 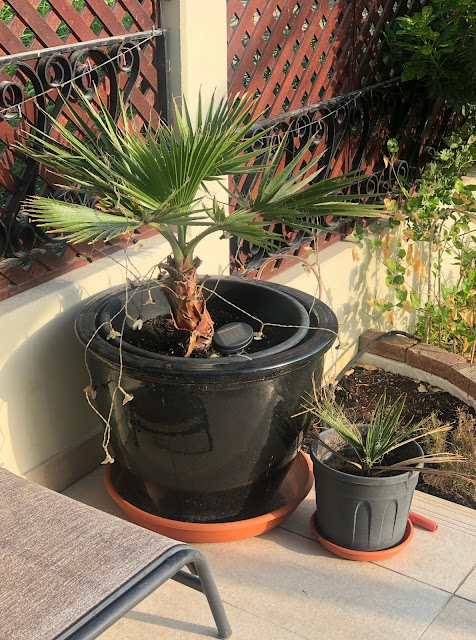 Indoor plants have been repotted as will some of the plants we have in pots outside so I can take the lovely ceramic pots back with me to the UK. 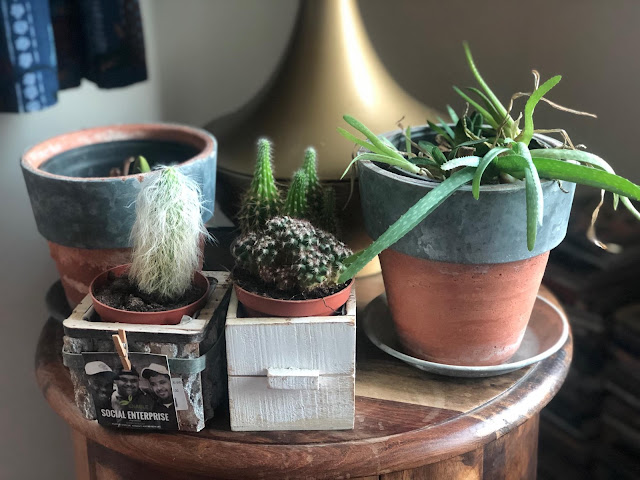 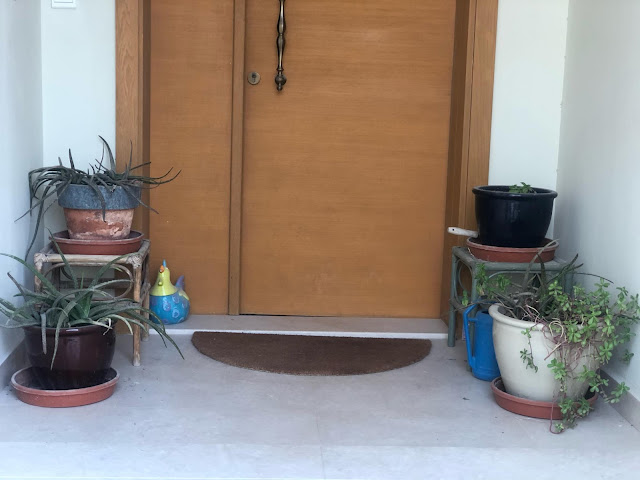 All the garden cushions etc have been moved back indoors as we're forecast some heavy rain over the next few days. 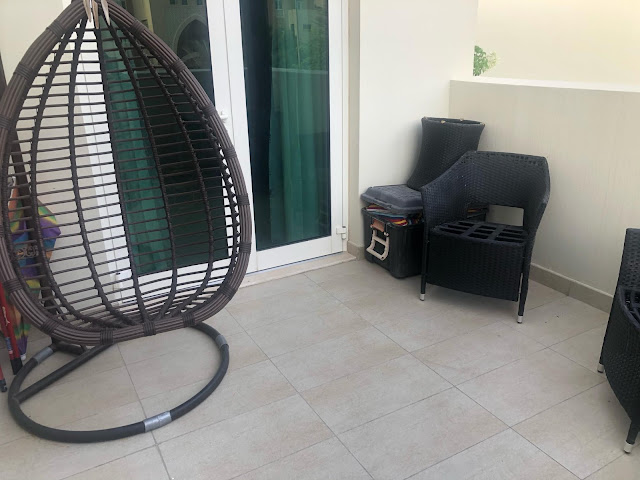 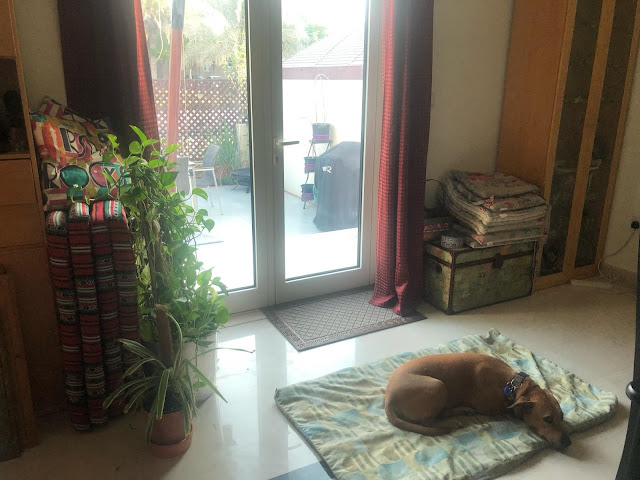 Bob always knows when it's going to rain and he brought all his toys in from outside, I had all the doors and windows open to enjoy the cool breeze. 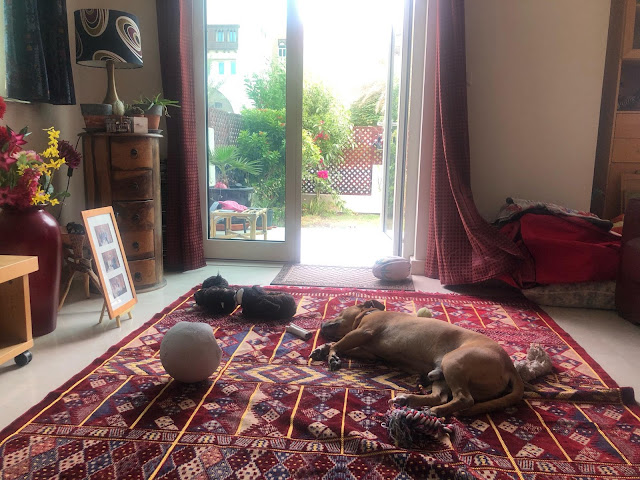 The rain came, it started with a few isolated drops and was followed by thunder and lightening and a torrential down pour. 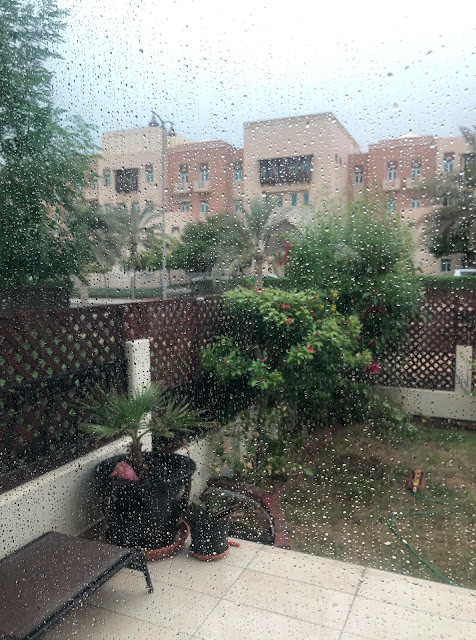 Then after the rain I've been left with all this much and sand that's washed off the roof to clean up, before I set up outside again. 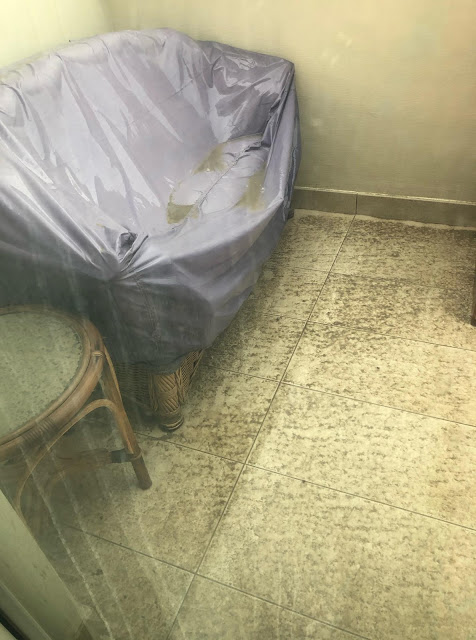 Bob likes to be outside in the rain and ventured out onto the balcony while I was shutting the doors and windows downstairs. 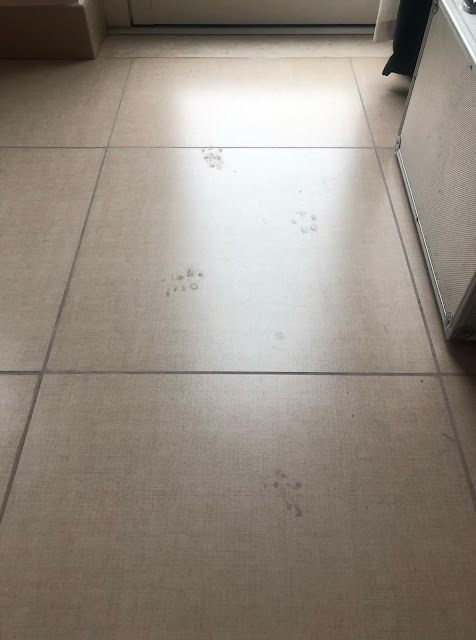