My friend introduced me to the PlantNet app. For a gardener like me who has no idea what they've planted, despite having good intentions to label the seed trays, it's been easy for me to identify the plants as they've grown and whilst I'm supposed to sow seeds in the place where I want them to grow, we don't have the right garden design at the moment to allow that.

Turns out these are cabbages. I thought I'd bought cauliflower seeds, the app identified them for me. 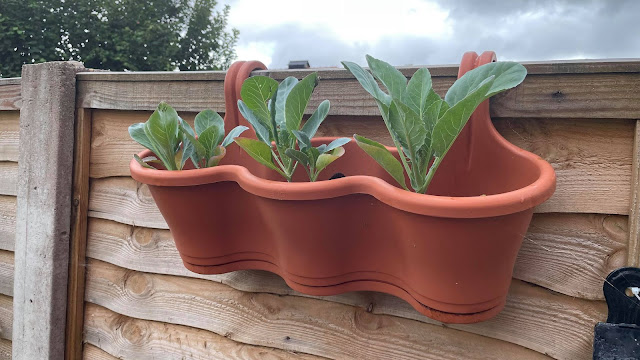 I planted them out next to the rhubarb, the one beet and one carrot that have seeded, sadly something is eating them now. 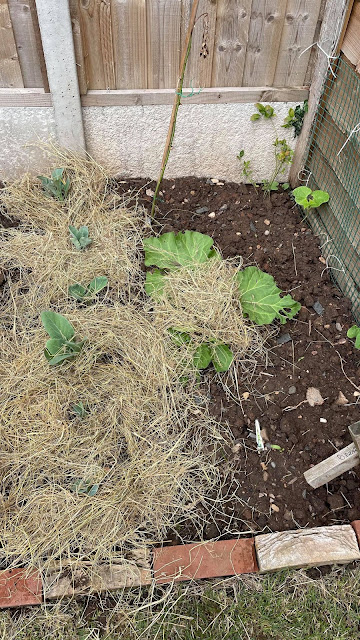 I had several pumpkins, also identified by the app. I grew them from seed from a shop bought halloween pumpkin from last year. only this one has survived, I think it's because it's in a pot that the slugs and snails can't climb up. 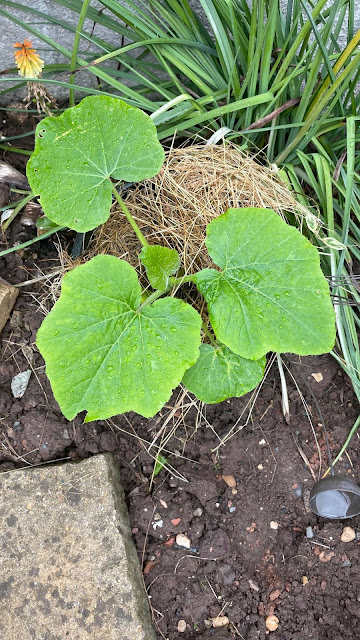 We also had more tomatoes last year than we could shake a stick at and this year only 4 and a handful of flowers so far.

All the potatoes, rhubarb, onions and peas cropped at the same time and the freezer is now full of potato bakes and stewed rhubarb, along with wild blackberries which will be added to the apples to make many crumbles for winter, from our DIL's tree once they're ready in abundance. 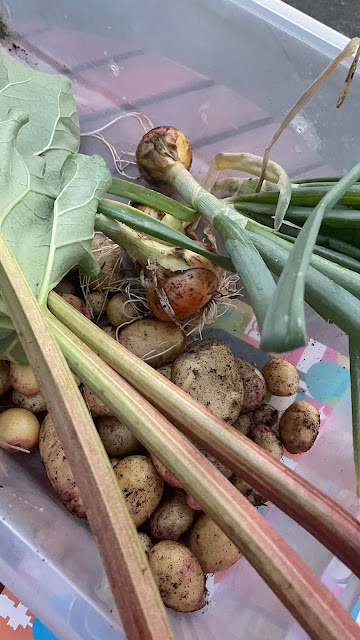 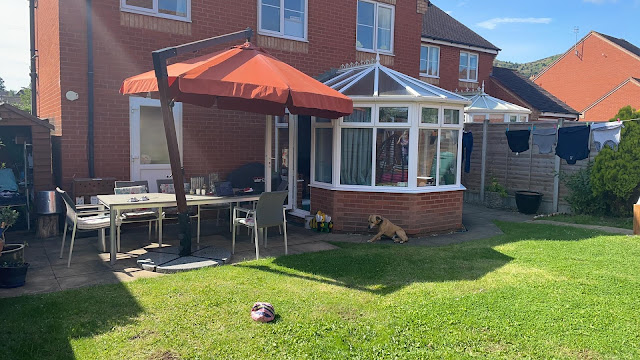 We've got the outdoor furniture and patio umbrella up now and I'm outside as much as I can be, even when it rains. If it's heavy rain then I sit in my shed and Peter has a large enough shed he can work in. He's currently making a birthday present for our almost 2 year old grandchild. 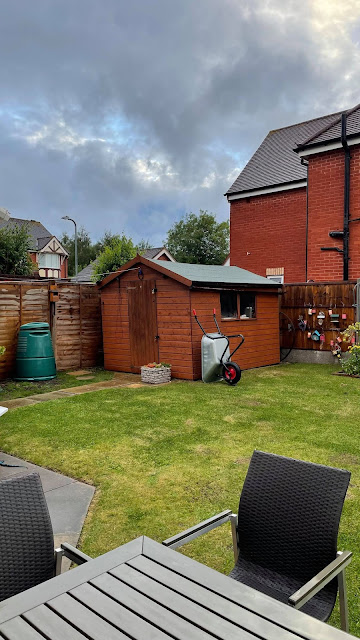 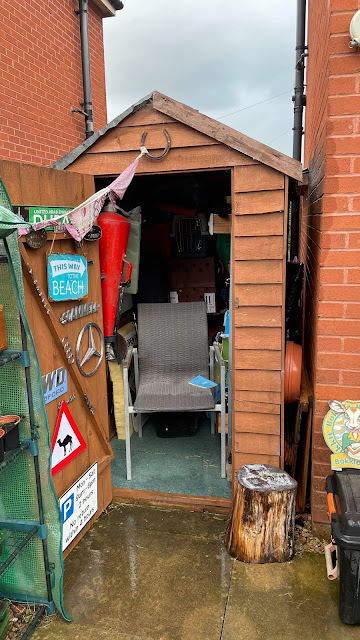 The dog and the cat are enjoying being outdoors also, but often fight over the bed, currently the cat is enjoying my chair pod that's in the conservatory, but as the garden is North facing it keeps quite cool, but we do have to heat it in the winter. 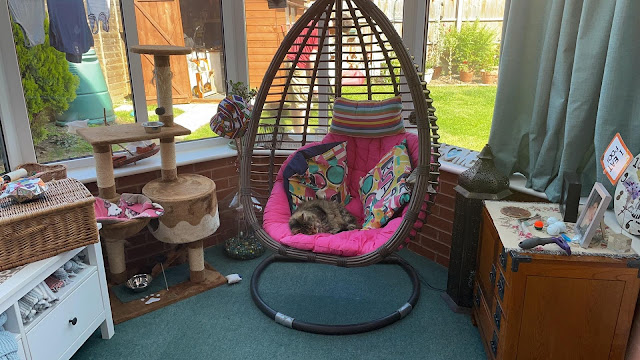 Work wise there isn't much to do in the garden right now, other than some weeding and mowing the lawns. So I'm doing some garden design and scrapbooking gardening tips and 'things to do' with my Gardeners' World subscription. 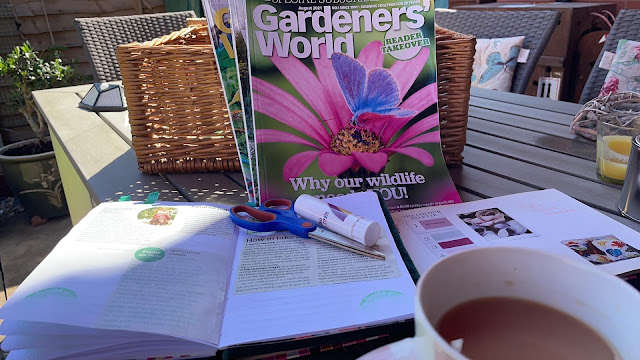