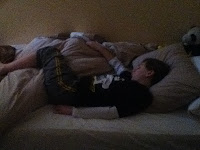 Day 5 24th January
OMG, there may only be a 2 hour time difference, but the day starts much earlier in SA. We left the house for the school run at 6.30am. I say ‘we’ Peter went to work. At the moment he is collected and dropped off, as we can’t buy a car till we have bank accounts.
The train arrives in Irene at 7am every morning; it was fascinating watching the locals being literally poured off, down the embankment and onto the road. There is no health and safety laws here that I can see and if they want to dig the road up, it’s your responsibility to avoid the hole. People travel 25+ in a 16 seater mini buses, they hang off the sides of the train and we counted 15 people, men, women and children squashed into an open truck base. It’s the sheer number of people that stop them from falling out. This isn’t just on the side roads but driving down the N1 at 100kms. It’s a frightening sight.
By 8am, not only was I home but I’d done the ironing and put the washing on. The house keeper arrived at 9am, so I sat in the garden till 10.30am reading a book, then made dinner and decided I was going to Pick and Pay to do a big food shop. The one near us at the Mall is closed for refurbishment so I drove a little way out of town to the one I saw this morning on the school run. The car park wasn’t secured, but there were people around to keep an eye on your car, when I returned to the car, the man loaded the shopping and returned the trolley in exchange for 5 Rand (50p). While I was shopping I got a text message from Dan saying ‘in hospital in Jo’burg’ it’s work experience week and he was working on a children’s cancer ward. No one spoke any English and Dan and his friend were the only white people there. It was an interesting experience for Dan, he said he wasn’t scared, but him and his friend were a novelty, lots of pointing and giggling.
I left for the school run at 1pm, the boys were waiting in the car park and we came straight home as everyone was hot and tired and we all went to bed and had a sleep. I was woken at 3.50pm and asked to go to the bank as the company had signed the paperwork, to discover the systems switch off at 4pm. What amazed was the computer did not have UK as a drop down option for nationality, nor was there, Britain, Great Britain, England, Scotland, Wales or NI. The man in the bank had not opened an account for anyone from the UK before and remarked, ‘not many of you come here, it’s usually the other way round’
Kids were in bed and asleep by 8pm and I wasn’t far behind them. There is no air conditioning and I spent most of the night on the sofa with the door open.
Posted by chickenruby at 19:33:00