Mossel Bay on the Garden Route

In 1500 Pedro de Ataide left a letter in a shoe, under a large tree in Mossel Bay. In his letter he warned of troubles near Calcutta and a year later it was found by Joao da Nova on route to India, who took head of the letter and turned back. This was South Africa’s 1st post box and is still in use today. You can find it in the Diaz Museum. 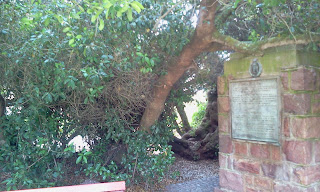 Mossel Bay is the half way point between Port Elizabeth and Cape Town, approximately 400kms between the 2 cities.


The approach into Mossel Bay isn’t the most endearing with gas towers on the approach, but you really can’t see them when you get to the beach. 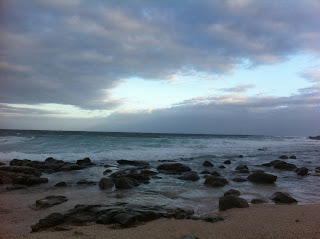 This year we arrived a little earlier and it wasn’t as busy as last December. Near the lighthouse is a campsite which fills quickly, making parking and getting a table in a restaurant a little tricky.


We stayed slightly out of the town, but still in walking distance, visiting the Diaz and Shell Museum, exploring the side streets and a market. The town centre is currently undergoing modernisation and there are few main street shops there.


We spent time on the beach which is full with an array of shells and scrambled over the rocks, also climbing up to the caves under the Light House to learn more about the San people who originally lived there. 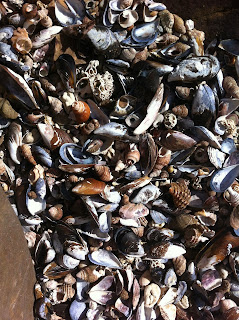 I cannot recommend highly enough the Kingfisher Restaurant, with amazing food and sea views and the occasional seal in the bay.
Posted by chickenruby at 11:38:00