We successfully renewed our annual family wild card today. R870 for a year for 2 adults and up to 5 children, but give me strength, there is little consistency in the approach.


As a resident in South Africa, one pays a cheaper rate than international visitors. A days entry for the park for a non south African is R216 and for a resident its R54. Last year when I bought the annual wild card I paid around R870 for a years admission to all the SAN Parks in South Africa. I took a utility bill and gave them the children's and my husbands ID numbers and showed them my visitors visa. This year they need my husbands passport and to actually see him as my visitors visa doesn't suffice this year. And again the usual battle of my electricity bill not being proof that I live here and the fact I have a local bank card.


Anyway the hassle out of the way and another R870 for the year, a fab day was had for all in the National Park. We only covered the top section and one can view the big 5 but on a self drive you don’t get to see the variety of animals that the rangers have access to. We saw Elephants, up to 50 in a herd, Zebra, Ostrich, Antelope of many varieties, Hyena, several species of Bird, there were wart hogs which I mistook for Lions, even with the binoculars and no I hadn't been drinking, mongoose, eventually a Lion and Tortoises. The most famous Tortoise was called Domkrag which translated into English as car jack. He would sneak up on cars and literally lift them off the ground. Sadly he fell into an Aardvarks hole in the ground and couldn't get out. his shell is on display at the Main Gate.


The picnic site was inhabited by monkeys and we needed an umbrella to wave the monkeys away after it attacked hubby narrowly missing his face, hubby said he’d prefer it if I let the monkeys have his sandwiches next time. However cute the monkeys look, please don't feed them as they become extremely aggressive and you end up signing their death warrant.
My favourite pictures of the day. 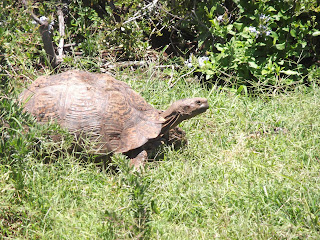 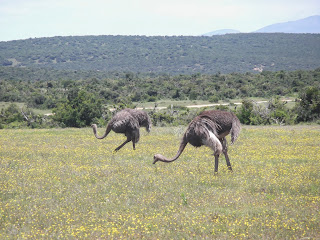 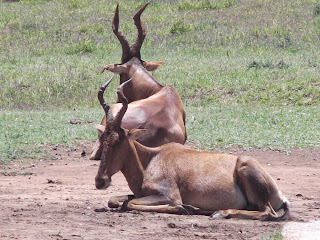 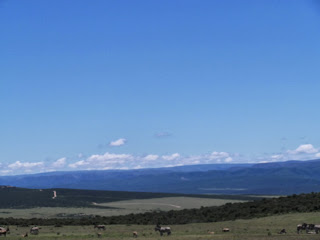 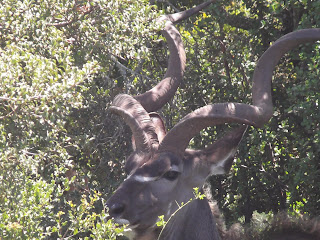 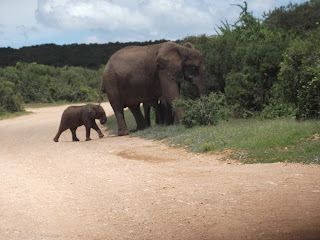 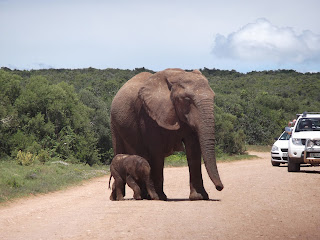 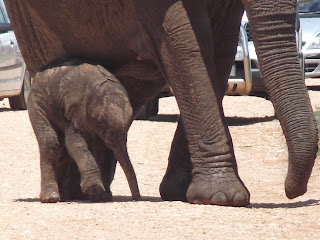 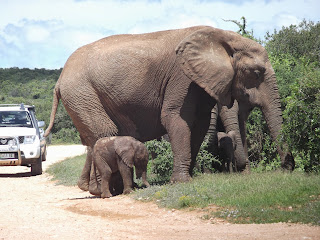 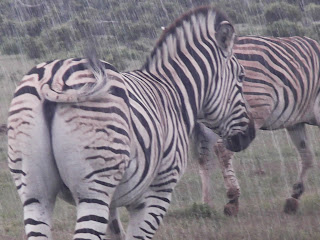 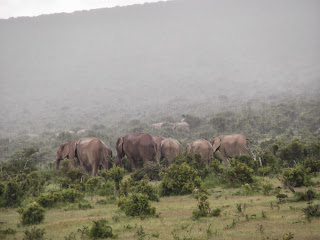 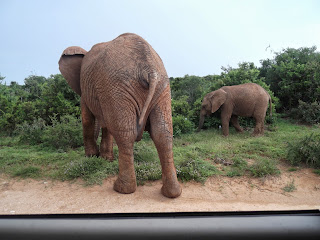 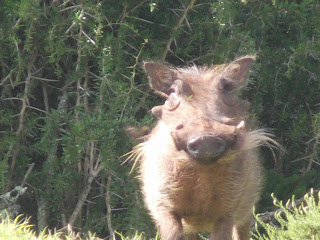