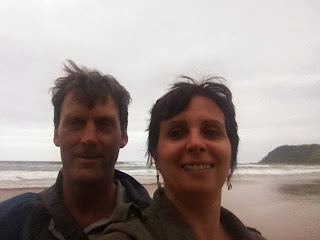 We’ve been to Durban and the surrounding areas and driven the Garden Route but we’ve never explored the East Coast and have been told that’s where we find the most spectacular beaches.


We spent 3 days travelling from home to reach Addo, North of Port Elizabeth and we did see the most amazing sites, from driving through the homeland of the Xhosa people, where Nelson Mandela is from, and their painted houses to the rugged coast line. Called The Wild Coast.


It’s a very long journey with an average of 7 hours a day on the road, but it’s a must. Locals warn you of the dangers on the road, people and animals. It is constant, from goats wandering across the roads to cattle delaying the traffic and not just the side roads but the National roads also. 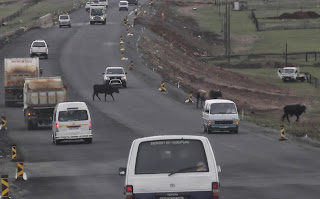 I was told in advance about the Xhosa peoples green houses, today I’m assuming they’ve got a job lot of various shades of green paint, but originally their houses were decorated by extracting the green from copper in the mud. 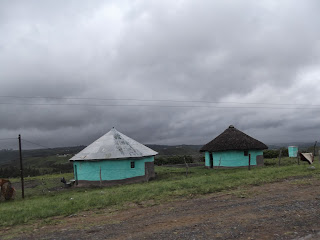 We didn’t spend a lot of time in any of the places to explore but what we saw from our brief stop over in Ramsgate, Coffee Bay, visit to Port Alfred we really liked it and plan to return another time. 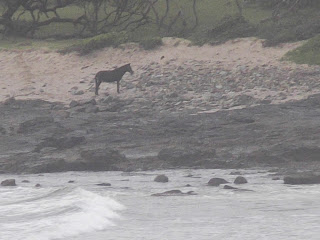 The coast line down here is peaceful and tranquil in terms of activities and visitors. If you enjoy chilling out, reading, walking and bird watching then I can’t think of a better place to visit.


Coffee Bay involved a 2 hour, return, drive on an unpaved road for 75kms. I think they should put signs up to say ‘no pot holes for the next 100 yards, otherwise they’re everywhere’ 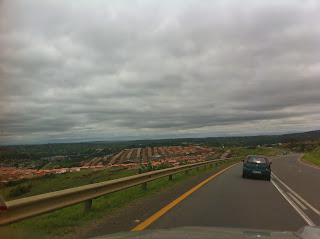 Thankfully the hotel was ‘All Inclusive’ as there was no village centre or local shops, the hotel owned what appeared to be the only Fuel station and banking facilities in the area.


Coffee Bay took its name after a ship carrying a cargo of coffee beans was shipwrecked in 1893, some of the beans took root but none survived the salty soil.


There is so much history to explore in regards to ship wrecks and fascinating to discover that 8 years after the English ship The Grosvenor sank in 1782, an expedition to find the survivors uncovered over 400 people of non-African descent living along the Mngazi River, believed to be the remnants of various ship wreck survivors along the wild coast.


The trip to Port Alfred took us on a detour off the N2 of around 40 minutes. We drove through a range of small villages full of bars, restaurants, craft shops and small cheese and dairy farms, to the coast. It’s obviously quite windy there judging by the size of the sand dunes and despite the constant drizzle we’d had for the past 3 days, the air was warm and we took a walk on the beach collecting shells from the Indian Ocean. 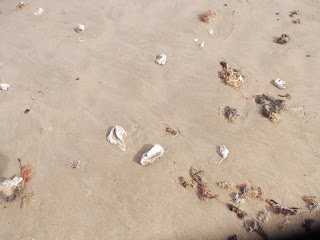 Back in the car for another 2 hours and we reached Addo, where we are staying for 2 nights to explore the Addo Elephant national Park.
Posted by chickenruby at 10:01:00