Creating a garden in the desert - Week 6

Well the garden has survived in the 2 weeks I've been visiting the UK, hubby has been watering as instructed, but has asked me to re think the type of plants I grow as he saw the water bill while I was away. However I'm ignoring him and will be sowing a selection of these seeds during the week. 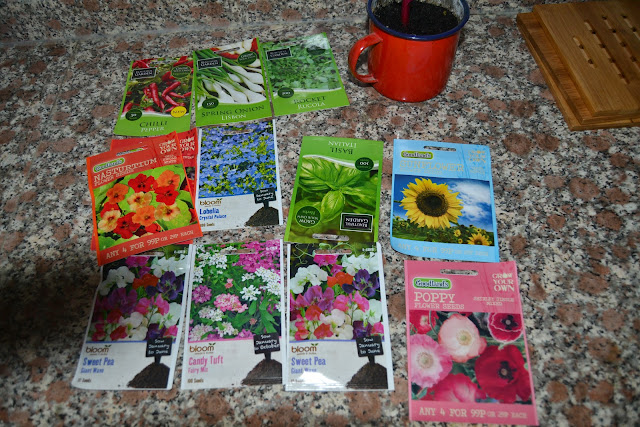 I've noticed that they've been busy replanting on the roadsides. 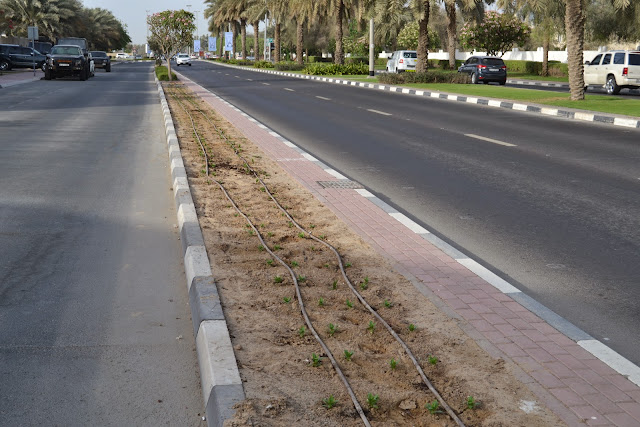 As it's getting hotter the plants are dying off quickly regardless of how much they are watered and for some reason there's a particular patch in the sand pit where the plants aren't doing as well. 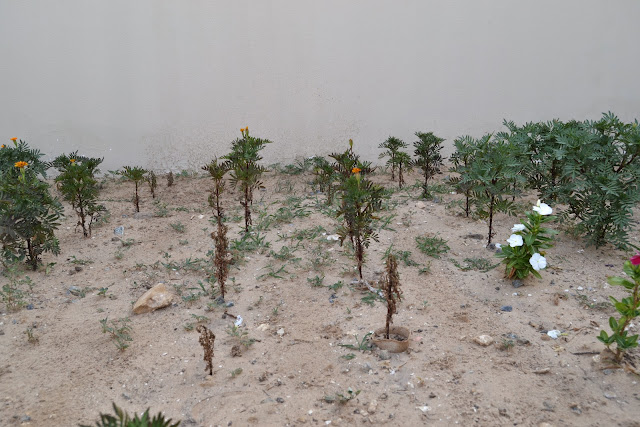 Watering the plants HAS to be done twice a day and before sun up and after sun down but I've noticed that the water containers I've recycled are holding onto the water during the day and the plants don't like sitting in soil and sand that is 38c. 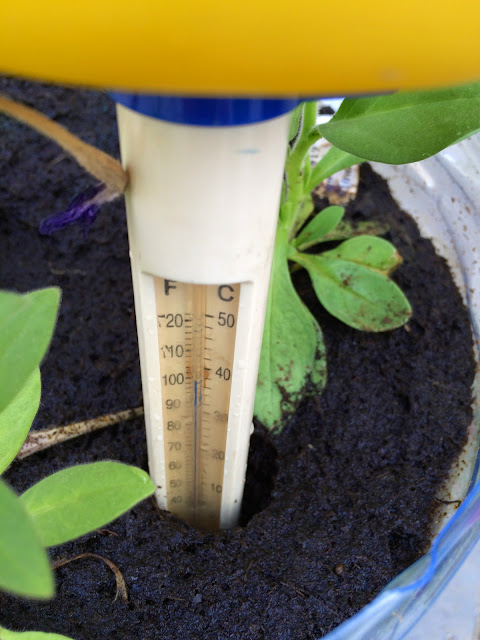 I'm also having to replant some flowers that were growing in recoiled metal mugs as the metal is so hot I can't touch it during the day and it can't be doing the plant any good. 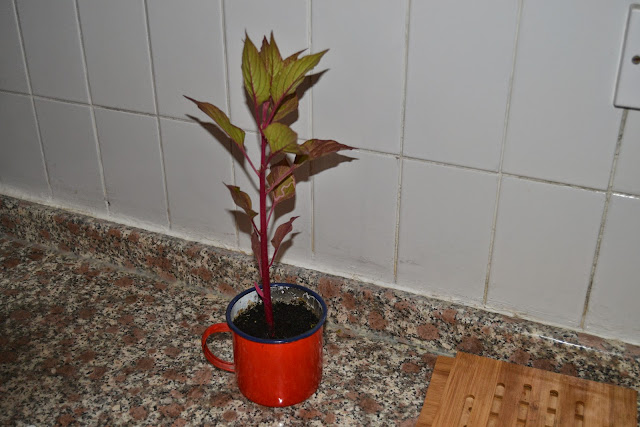 I liked a photo from Annie's post last week with the tin cans as another way to recycle but I'll have to come up with another use for them now.

This plant was watered at 7am while it was still in the shade, having spent most of the day in direct sunlight, by 3pm it looked a bit worse for wear. 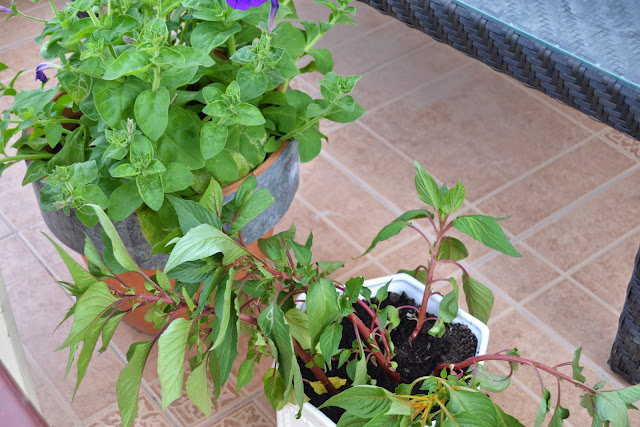 With another watering it soon perked up. 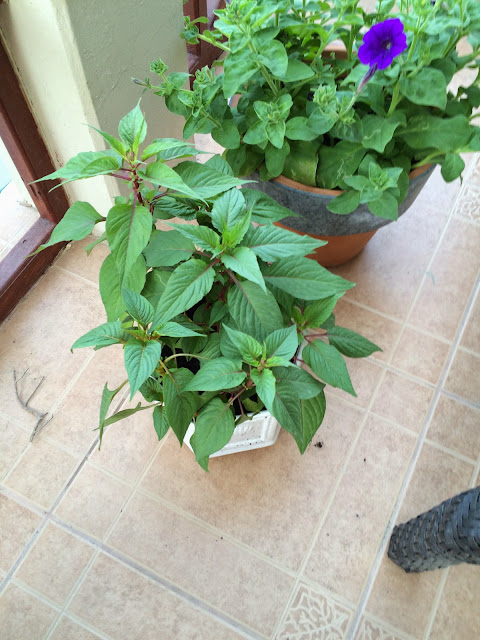 The neighbourhood is doing well with these shrubs which provide an endless stream of coloured, none, fragranced flowers. 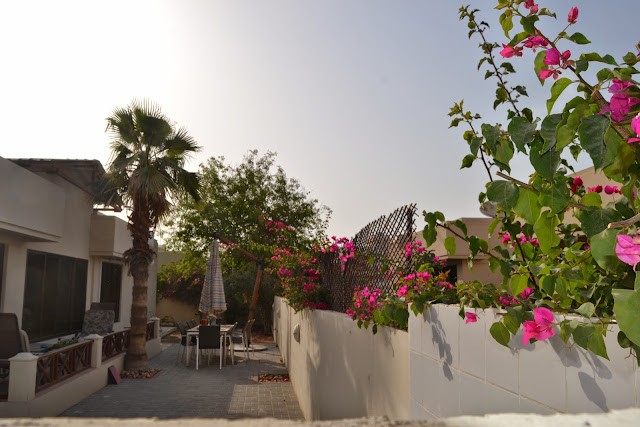 The energy these plants must use to keep replenishing themselves is truly amazing as we don't water them. You'll note that our neighbours have grass at the front of their house and hubby comments frequently on the size of their water bill also. 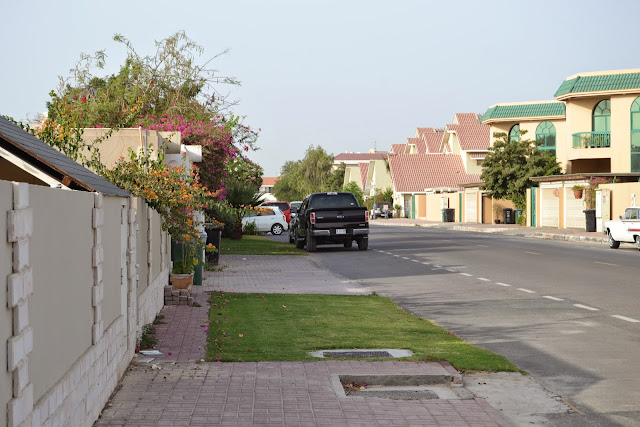