Why you shouldn't get out of a car on safari or have your windows open.

Following a death this week in Johannesburg in a lion park I was reminded of a visit to Krugersdorp in March 2012 when a man actually got out of his car, in the presence of a lion. The rest of the pride hadn't yet come out to feed and despite people risking their own lives by opening their windows to signal there was a lion behind his car, he stood there, waving his arms, yelling 'what lions? where?' In the car was his wife and two small children. 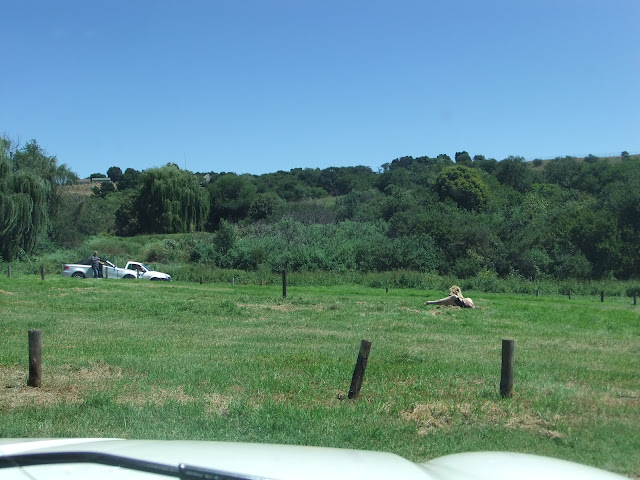 I had been given a list of do's and don'ts prior to entering the reserve, plus I had to drive past several notices telling me to keep my windows closed and people who had their windows open when driving through the gates were firmly and politely told to close them.