We've seen lots of changes over the years, new hotels, old hotels demolished and the airport seems to be closer to the strip every time we visit. Our longest stops have been for a week, the others have been a couple of days on our way either from Phoenix, Arizona or San Francisco, California on a drive that has taken us through Death Valley, Reno and up to Oregon to visit family and back along the West Coast and down to Hollywood.

This trip was just the 2 of us, the year before we brought MIL with us and stayed at The Monte Carlo, flying in to Phoenix and a drive past the Grand Canyon. Every trip to Vegas has involved a drive out to Hoover Dam, where we'd watched with interest the building of the new road bridge. And on this trip we ventured up into Utah, where you can't buy alcohol on a Sunday and they looked at us rather strangely when we tried to buy beer in a supermarket.

We stayed at The Parisian, one of the many themed hotels on the strip. All the rooms seem to have 2 Queen beds and the views have never disappointed us. There is plenty of shopping in every hotel and numerous malls to explore. The pool is not on the ground floor. 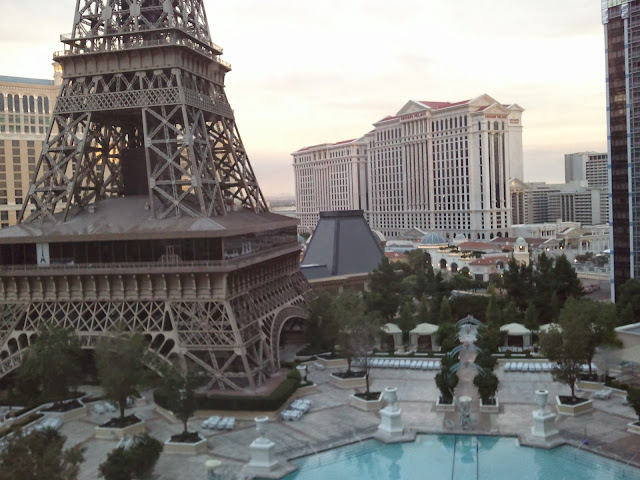 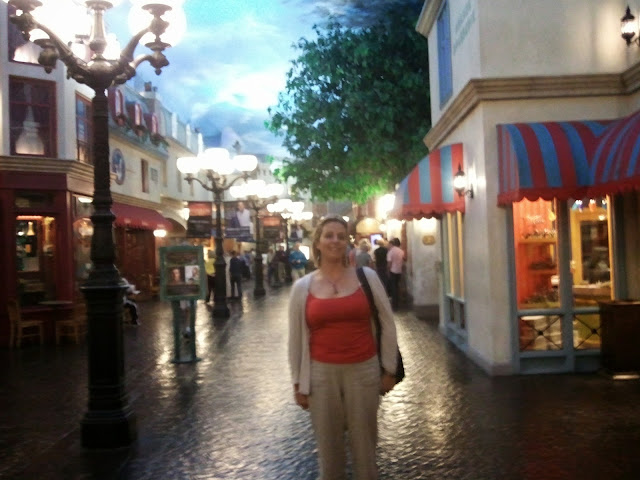 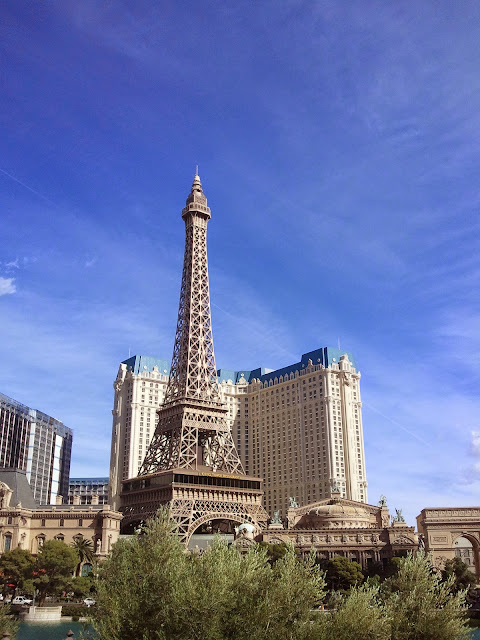 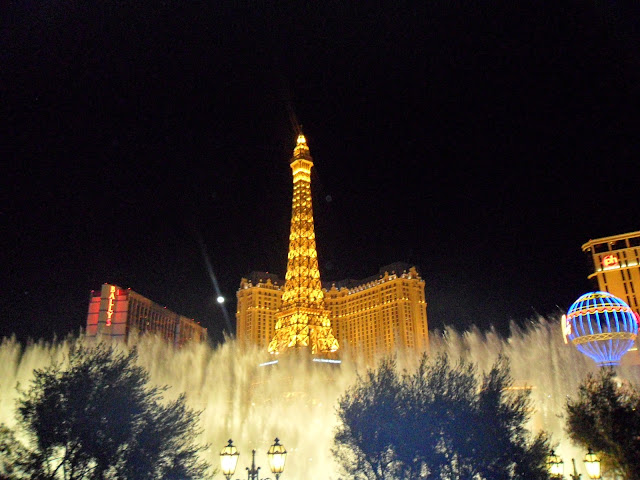 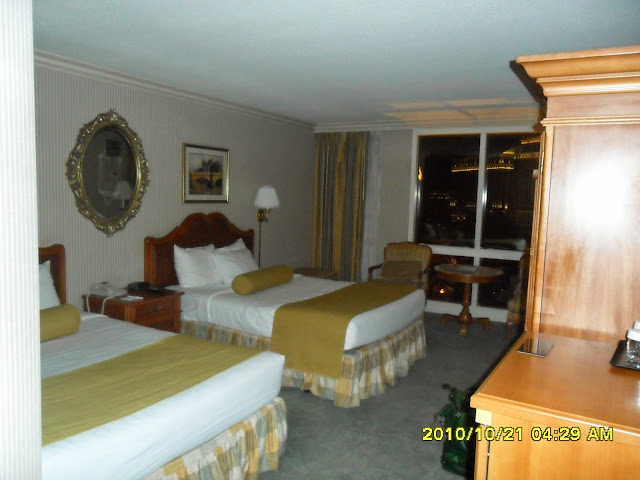 On the evening news we heard that the new bridge had been opened that day by President Obama, so the following morning we decided to take a drive over the new bridge, the walls were very high and I was disappointed not to get a view, but then on our drive back I saw heads bobbing around the other side of the wall, so we took the first exit and found a car park. There were no signs but we climbed up some steps leading from the car park and found ourselves on a walk way. There were a few families milling around and we discovered that the walkway wasn't open to the general public just yet, only to family and friends of people who had worked on the project so we made friends with an engineer and his family and while hubby learnt about how the bridge was built I took literally 100's of photo's 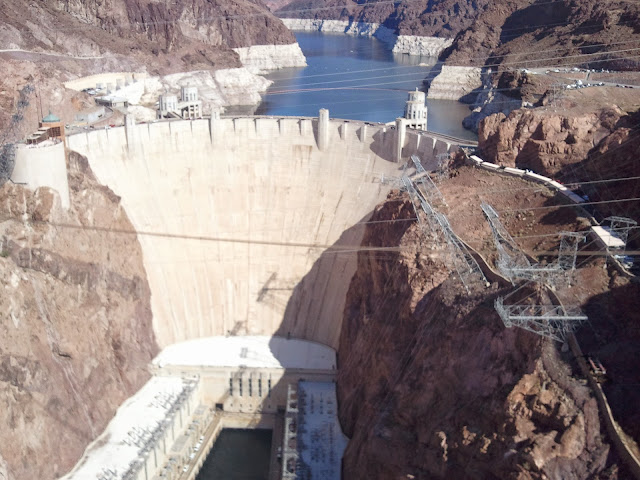 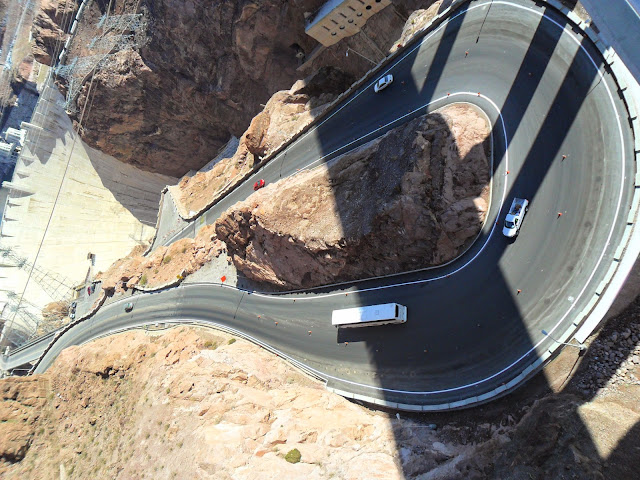 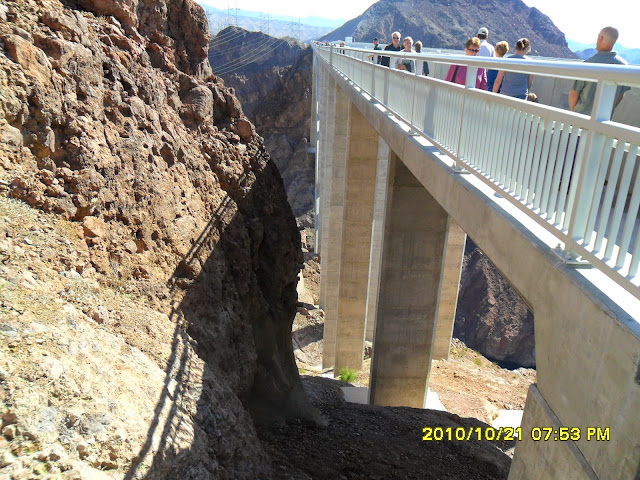 Straddling the time zones between Nevada and Arizona 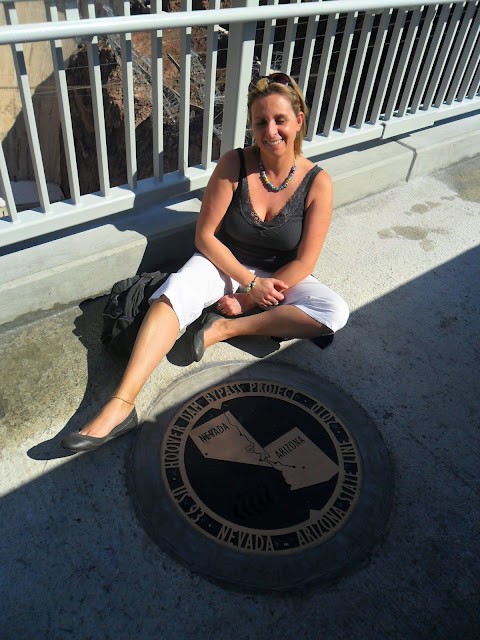 Every year we've visited we've noted how the water levels are continuously dropping and it's actually rather alarming to see. 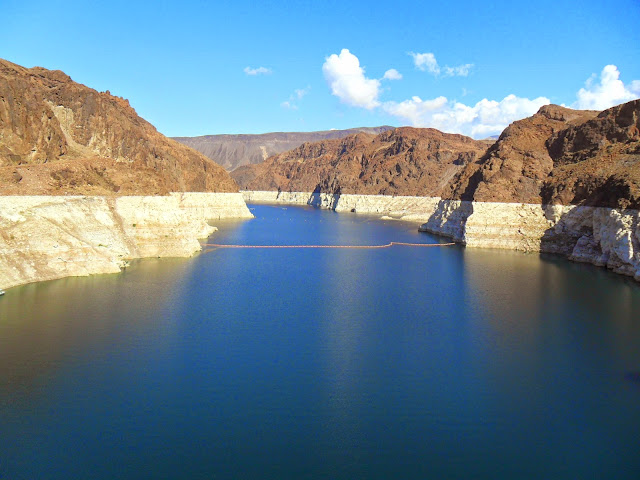 The view of the new bridge from the old which is now closed to traffic. 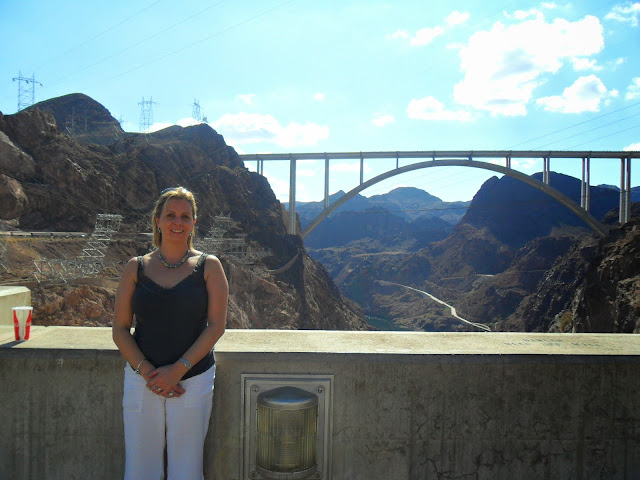 The following day we drove into Utah, there was no agenda, we'd never been there before so heading off we just decided to stop and look at whatever took our fancy. We drove through Zion National Park, well part of it anyway before stopping off at Cathedral Valley on our way back to the hotel. 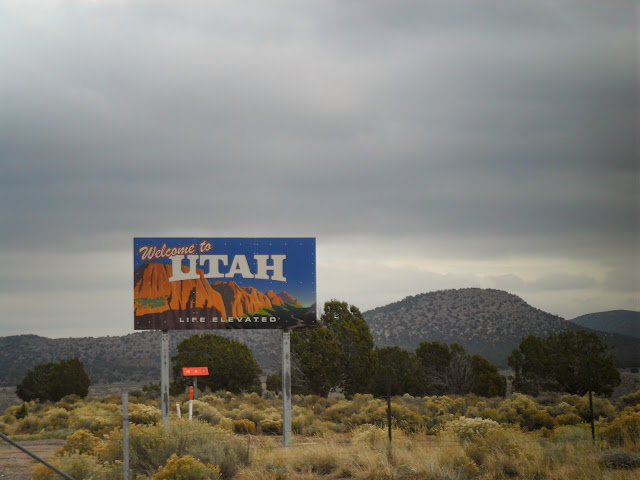 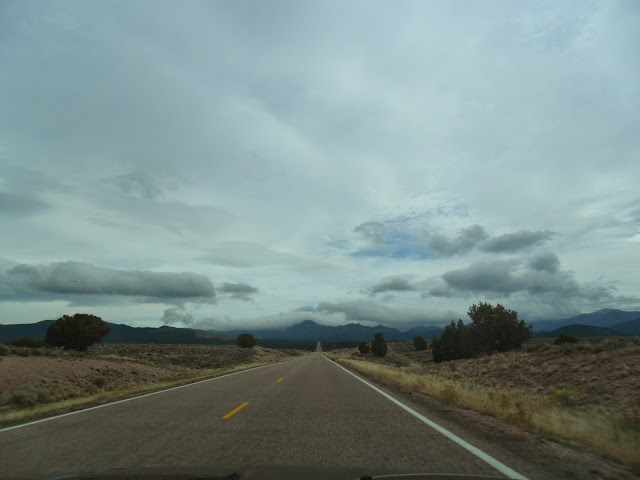 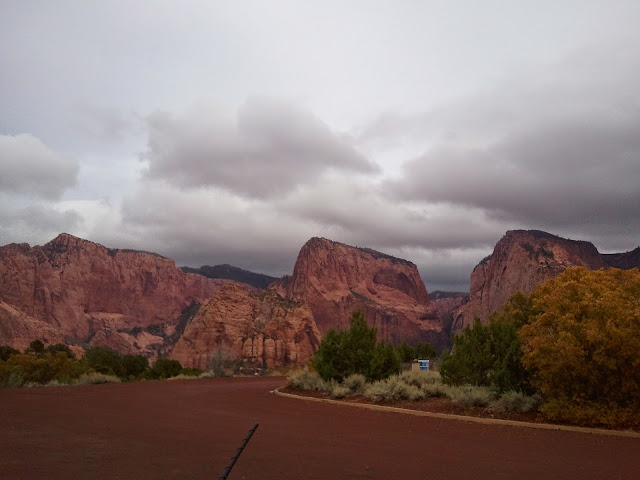 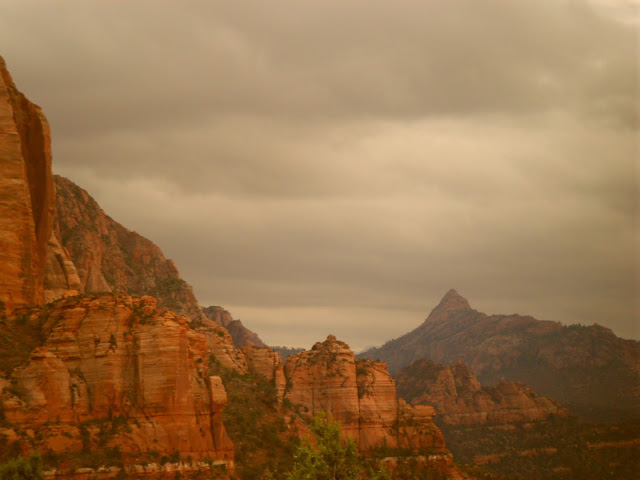 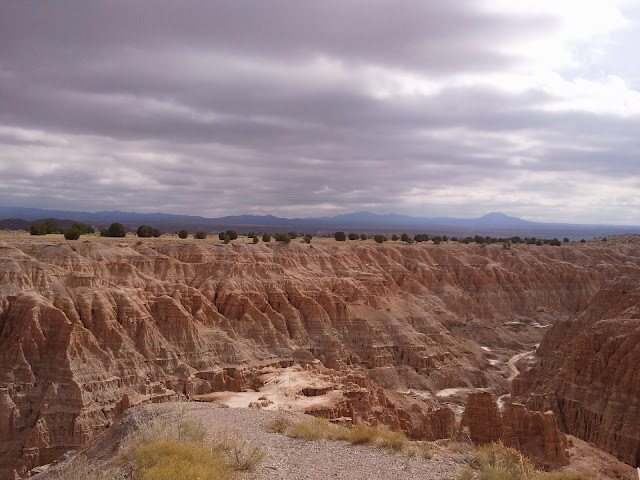 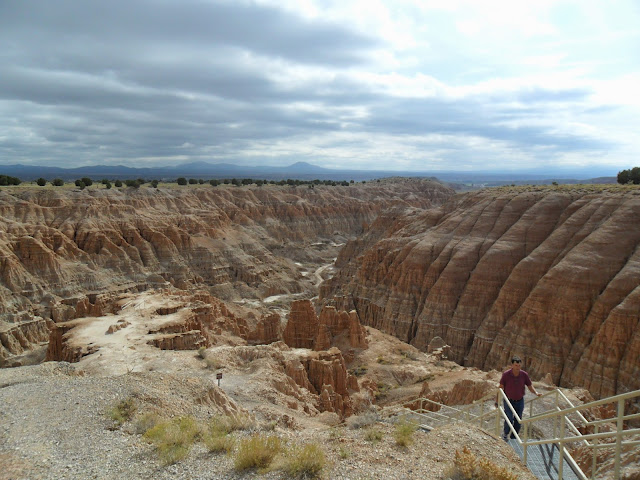 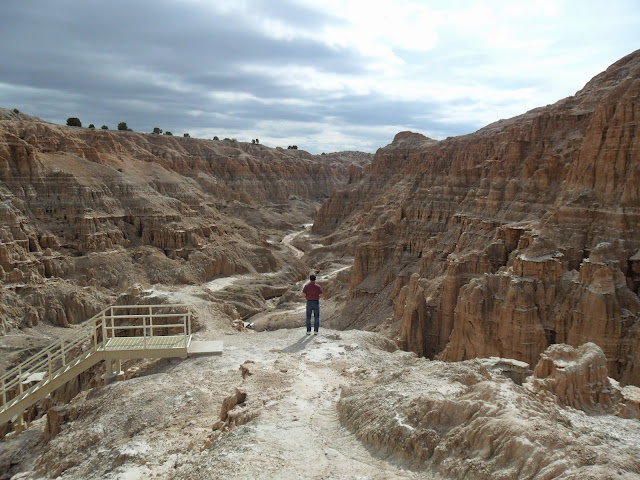 The highlight of our holiday was free tickets to see Cher, live at Caesars Palace which happened to be the same day as our 8th wedding anniversary. She was an amazing performer entering the stage from a giant birdcage top right of the photo, belting out 'If I could turn back time' 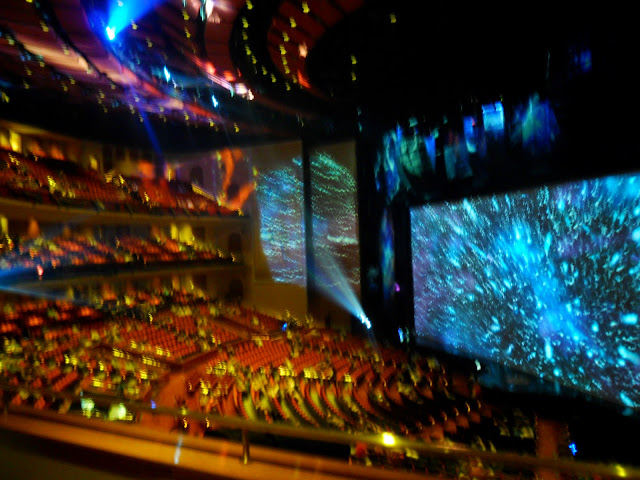 My 7 Top Tips for visiting Vegas