It's now been over a month since Dad died, the first few weeks all merged and it seemed for ever to get to the funeral, now it's been almost 2 weeks since we gathered to say goodbye and time is moving fast now. I guess 'normal' will return eventually.

The neighbour has been given notice to vacate end of September, but he's notched the harassment up a gear with standing outside my flat door with his mates making stupid, unnecessary comments, fortunately he has a loud and distinctive voice and following police advice I now have recorded evidence. I really don't need this right now.

All the paperwork is now complete and the process of sorting Dad's stuff to sell is beginning, Mum needs to move to a smaller property, as the 4 bed house has large running costs for one and there is work that will need to be done soon, so estate agents are booked for next week, we just need a kick up the arse to get going sorting out the sheds, garage, games room, attic and study. It's not all Dad's stuff, Mum will have to declutter also and storage is expensive so we need to start making decisions now, ready for the move ahead.

Mum and I really need to sort our diets and shopping out, Mum isn't a big eater, but while the kids were here we were cooking a proper meal each day, since everyone has left we're back to snacking and I need to rectify this. I've also started returning to the flat at nights, leaving Mum on her own for longer periods of time. I will return to Dubai at some point in the future. I'm only in the town if she needs me. 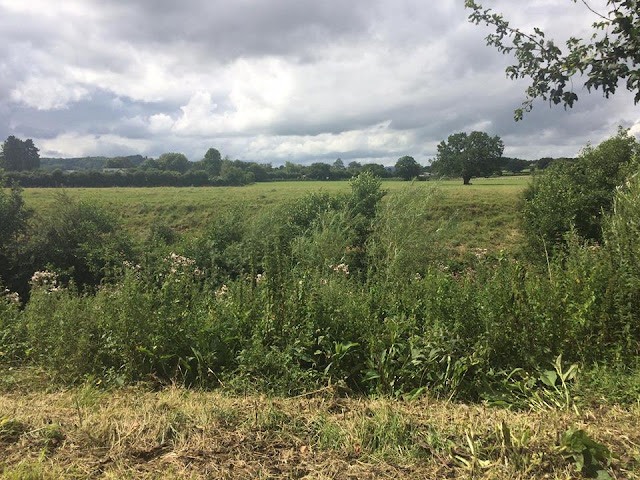 Discovered the communal door unlocked again and lock damaged, called 999 and reported suspected break in. Management company not really interested and hung around all afternoon waiting for a locksmith, getting majorly fed up with this now. Popped in to see a friend in the evening for a couple of hours. 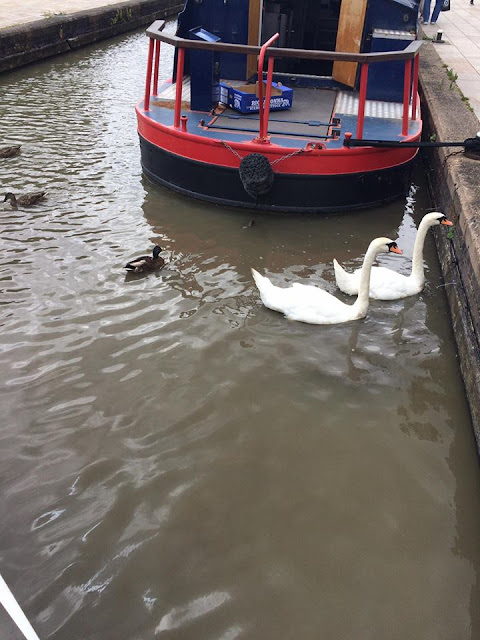 Door wide open again. Full list of complaints sent to property management and all police crime numbers. I've had enough now. My time is being wasted by the tenant, it's the landlords responsibility, not mine. Took the teen to Stratford to stay with his girlfriend for the week, Mum and I wandered around the town, had lunch, ice cream by the canal, several coffees and made our way home. Our first full day out the house, none funeral, none death related. It felt odd, it also felt strange.To be fair this is something we would've done without Dad anyway, as much as he would've liked to have joined us, he really wouldn't have managed all the walking and would have probably gone fishing that day anyway. I spent the evening stalking child 3 and 3a on their 3 flights from Manchester to Sydney online.

213 Tuesday WOW. I really am getting too old for this malarkey. Too noisy and too cold for me to stay out for more than one beer. 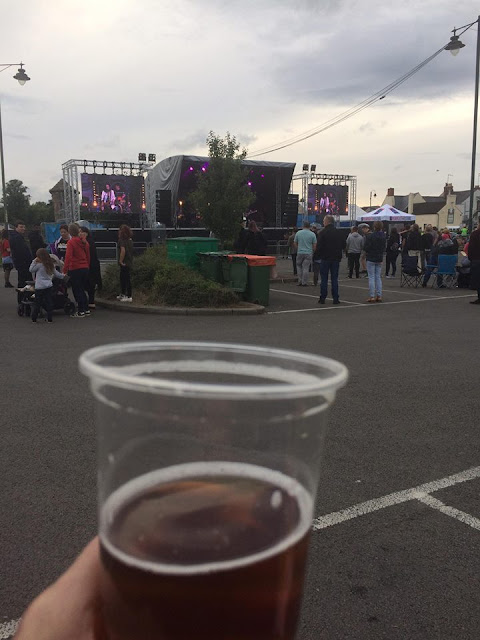 A visit to the bank in the morning and In the evening I met my sister in town with her 6 year old daughter for the musical festival and a pint. Also listed Dad's Jag for sale on Auto trader. 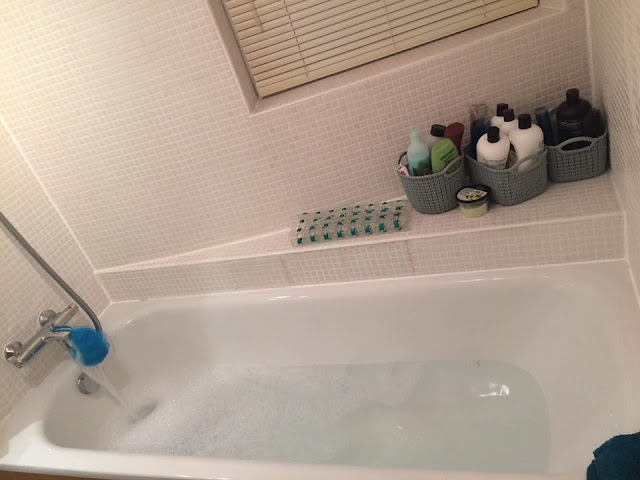 Child 3 messaged to say him and 3a had arrived safely in Sydney after 28 hours of travel and had no idea what time their body clocks were on. Visited the police station in the morning to report last nights shenanigans from the neighbour, went to Newport Retail Park with mum, sister and her boyfriend. Found it difficult as this is somewhere I would come with my Dad. Had a visit from 2 burly policeman in the evening and there was no way I was asking them to take their boots off, my mother was inwardly crying as they entered the house....lol. A nice hot bath and an early night, trouble free.

215 Thursday Message. Feel a bit better having caught up with stuff. 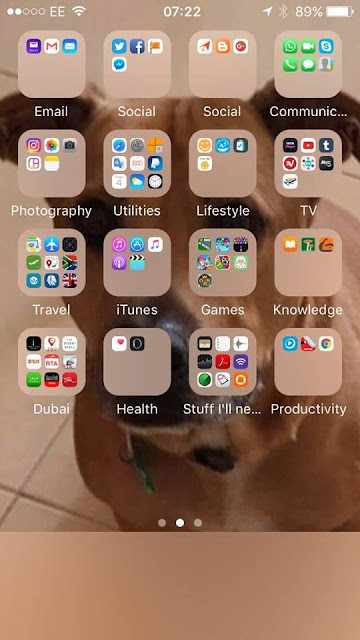 Total meltdown today, needed company outside of the family. Chatted on FB messenger to a friend in Dubai, had a long telephone call with another friend in the UK and hubby picked the right moment to call. I had a breakdown in caffe nero and had a real hug from one of the members of staff who knows the family and my dad was a regular in the branch, picked myself up, pulled myself together, made some more calls, sorted more paperwork and got on with some blog reading, commenting and writing. The friend who supported me when my Dad died and took my hysterical phone call in the morning, called me early afternoon to say her Dad had died.

216 Friday Food. The teen is back tomorrow, best get some shopping in. 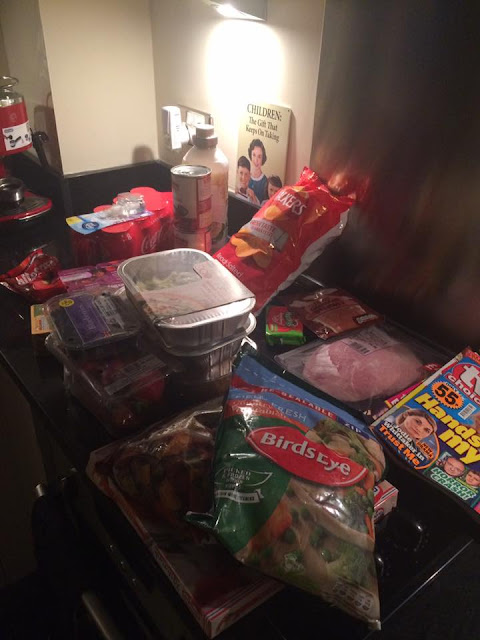 Met a friend in town for Breakfast then visited my ex MIL and SIL for the afternoon. MIL really isn't well and SIL is recovering from cancer surgery. I hate life today, it's shit. Bought a card for my friend on the loss of her father, that was hard also.

217 Saturday Tea. Why do the British make tea when someone dies? Seriously had enough of the bloody stuff now? 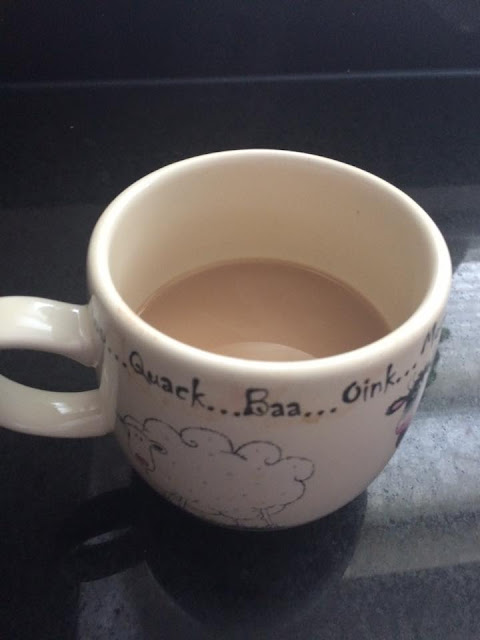 Early start to collect the teen from his girlfriends house in Stratford on Avon and the rest of the day was spent with my friend visiting her Mother in Gloucester and a spot of shopping for her eldest daughter and the teen. We called in at mums and went out for dinner with my niece and her dad. They all went off to the music festival, I returned to the flat for an early night. Neighbour has stopped harassing me, but is being deliberately noisy, I'm just ignoring him, which is what I've been doing all along, all I ever did was speak to his rental agent after a weekend of excessive partying, following numerous complaints about excessive noise from the two other residents.

On the blog this week:
My Sunday Photo - U is for Unexpected
Parenting - The Next Generation have taken over