Giving notice, finding a new house, choosing a removal firm and moving in has gone smoothly.
There were a few minor hiccups that caused major, short term panic.

Notice to old landlord should've been given in writing, but they accepted the WhatsApp message.
We were unable to secure a new property to move into until 2-3 weeks prior before we actually wanted to move in and as I had to return from the UK, we only had 2 and a half weeks in which to find somewhere and sign, before I returned. The contract for the new place stated we had to sign the contract and pay the rent 7 days before we moved in to allow the company to prepare the house, but that we also had to provide proof of DEWA (Dubai Electricity and Water Authority) deposit 3 days prior to collecting the keys. As I'd flown back to the UK after finding a property and with Peter having to work abroad the week prior to moving, we weren't sure until the day before we actually moved if we'd be able to get in the following day or not.

Thankfully our date didn't change, but with a public 4 day public holiday weekend the week we were moving and needing to hand the keys back to the old place the day after, we would've been cutting it fine.

On the day of the actual move, I was greeted on the drive by a gardener, asking for a job, this continued throughout the day, with maids turning up also. My patience wore thin. 'We're moving in' I'm was tempted to yell 'Go away' to each and every caller.

Then the gas man turned up, the water cooler bottle delivery guy, then the building firm to fix the electrics for the gas cooker.

Whilst English is widely spoken here, it is often quite difficult to understand what people are saying, which company they are from and what they want from you, usually money. I let all sorts of people in and out the house. Tradesmen often ring the bell, stand there and you have to guess which company they are from and what job they have come to do. My phone rang from TV and internet providers where the rental agent had passed our details on. It all got a bit much to be honest.

I did also meet a few of the neighbours who came round to introduce themselves, I was a bit frazzled, I fear I may have scared them off. Seriously, when you're moving into a new house you really don't have time on Day 1 to stop and sort out all this nonsense and socialise.

The house we've moved into is a new build, it is immaculate and is owned by the construction company with a dedicated 24 hour maintenance line to report faults and people qualified to do each job turn up with the equipment they need, on time and do the job. This is not something we're used to. 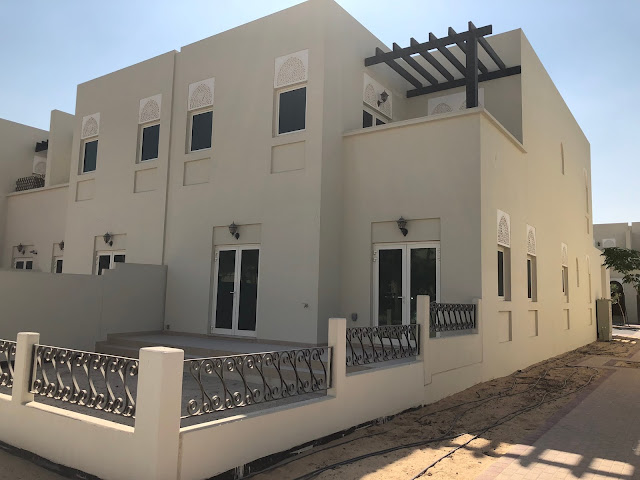 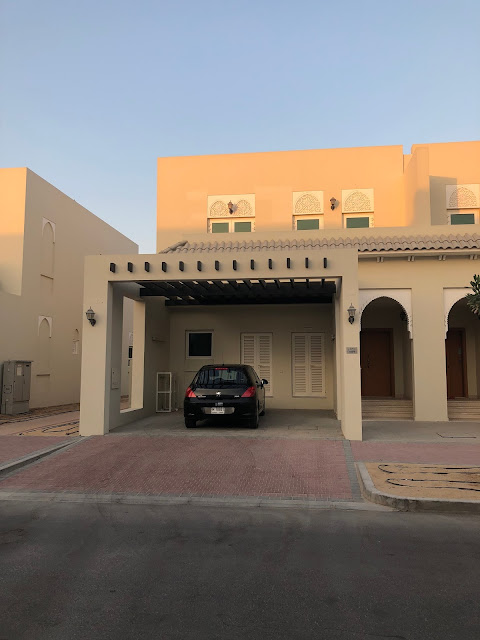 In the past we had 5 guys turn up to sort out a leak in the swimming pool in South Africa, they dug a trench with whatever they found in the garden, including an old spoon to get to the pipes.
In the last house in Dubai, the odd job man who resealed the toilet needed a cloth, before we'd moved in and actually helped himself to a spare t shirt out of my beach bag to wipe his hands and round the toilet bowl with.

Sadly though cleaning up after themselves isn't a given, there's an assumption we have a maid, so after a flood when the bath the first morning and they removed all the rubble from the drain they just left it on the floor.

We were still waiting for a drain to be emptied of rubble from the laundry room (we mopped up the flood) and in the the main bathroom, the cooker hood isn't working, the outside tap has no water and there's some sealant that needs replacing in the bathroom and we need some instructions to operate the aircon. 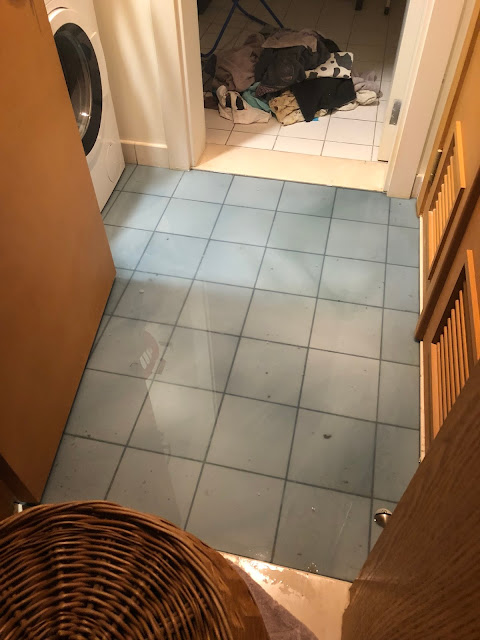 Our wheelie bin hasn't been delivered yet. At the moment all the rubbish we're putting outside is in cardboard boxes, I'm trying to separate the actual waste from stuff that can be recycled as the maids and gardeners will rifle through and help themselves to anything that can be re used.

As we're in a new build it's our responsibility to sort the garden out, at the moment the dog is bringing sand into the house, I have a stack of business cards from landscape companies that have been left on the door step, but I'll be talking to the neighbours to see who they recommend. We'll block path and grass half and half with a flower bed, there are shrubs planted outside the boundary that will grow in time and we'll erect a fence for a bit more privacy like the neighbours have. 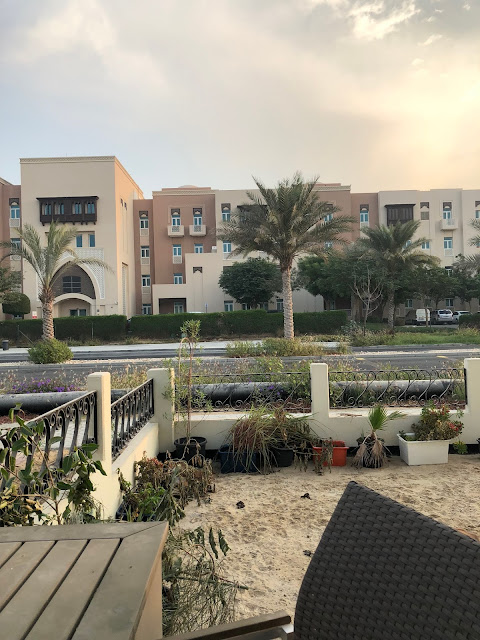 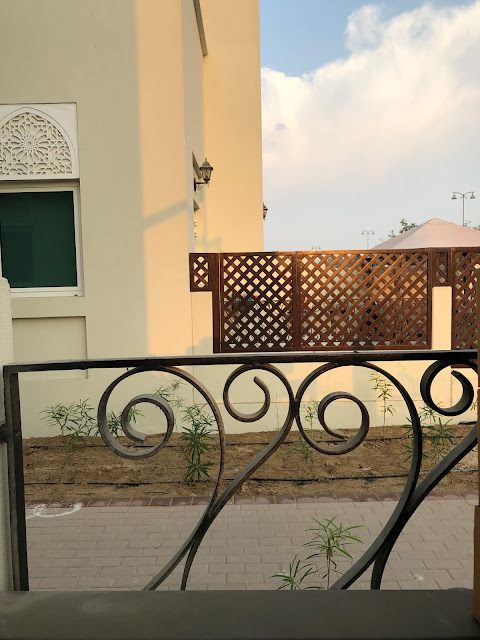 Two weeks later we ran out of water, can you believe it? The tank under the drive didn't refill and the ball cock was broken, this in turn broke the pump. But in fairness it was fixed the same day that I reported the matter, even if it did mean isolating the cat and dog for several hours while men traipsed in and out the house to turn taps on and off to check the pressure was working.

During all of this, the neighbours managed to lock themselves out. If you go out the front door without a key and it closes behind you, you're locked out. There's no catch to put in place, so we've swopped spare keys for future use. Thankfully as we're on a building site, there were plenty of men around with ladders to help her onto the roof and in through the balcony doors.