Almost at the end of year 3. I started One daily Positive when we moved to Dubai as I was unhappy about leaving South Africa and needed a reason to get out and about every day and look for the good things in the move and in life in general.

I'm still not that happy about being in Dubai. I'm not unhappy, I'd just rather be back in the UK now where I could return to my career and be nearer to my family, but that's not going to happen for another 2-3 years and although I can work here, it's just not viable for me as I don't have the flexibility when working to travel freely back to the UK. By the time we do return I'll be nearing 50 and I'm not sure a career will be on the cards anymore, a job will be and when Peter retires, I will be going back to work in some form or another.

This year has been mixed emotionally, we had a good start with a trip to Egypt and Hong Kong and I'd planned time in the UK to spend with the 3 youngest children as they set off on new adventures. Child 3 to Australia, Child 4 to the Middle East with a military posting and child 5 leaving boarding school and transiting into the world of work. All this still happened but it was tinged with an even greater sadness with the death of my father in July. Despite this, some happy times were still had and I got to spend more time with the boys than I would've done had this event not occurred. Some good news though at the end of 2017 as child 2 announced he was getting married in mid June 2018, so something positive to look forward to.

351 Sunday Clouds (some rain this week, but by UK standards you'd not even bother bringing your washing in)
Rain and storms were forecast for today, but it came to nothing. I had to visit several banks to sort out change of address and obtain a refund, but I achieved nothing other leaving the customer happiness centres in floods of tears. This is one side of Dubai I really dislike, there's an assumption that we all have maids who clean up after us and can wait in all day for deliveries and that we have drivers who can pop to another branch to collect documents. We went out in the evening with a colleague of Peter's and his wife for dinner. 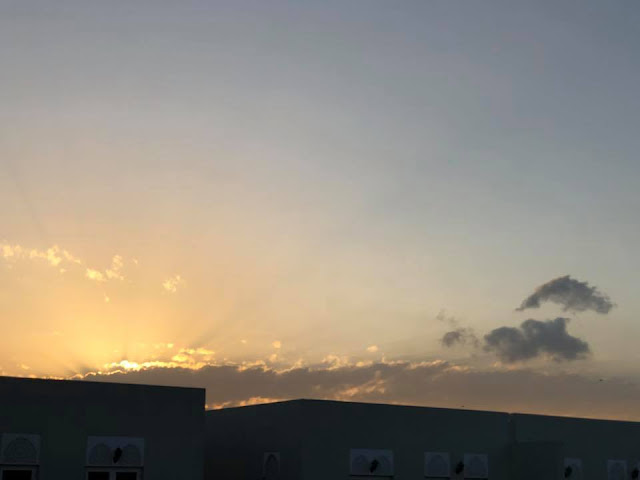 352 Monday Friends (this little fella popped in to say hi while I was having a coffee)
Bob went to day care, Pushkins to the vets for her annual jabs and me to the Doctors about this recurring hip pain. I also visited DEWA to obtain a refund on a payment I made on someone else account after they gave me the wrong account number and the afternoon was spent with some last minute cleaning before our visitors arrived in the morning. Peter was out in the evening from work and I was left unsupervised with a tin of Quality Street. 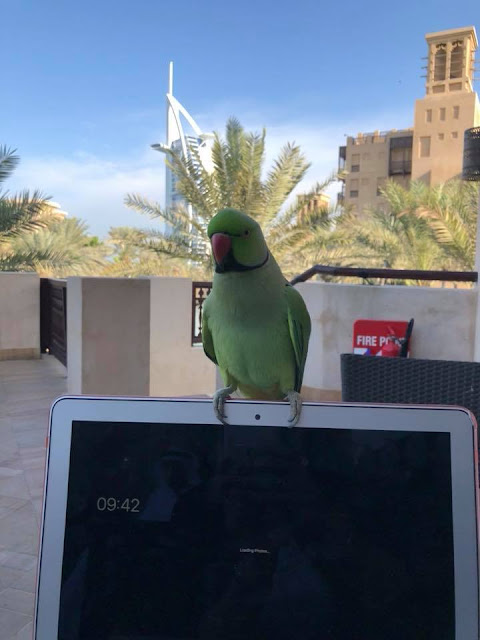 353 Tuesday Green (lack of)
Off early to the airport to collect friends, home briefly so they could shower, change and grab something to eat then off to Dubai Mall for a trip up the Burj Khalifa. I used this time to grab Peter's Christmas present and have a coffee, we stayed out for dinner over looking the fountains and Peter joined us. I was really disappointed with the decorations at Dubai Mall, rather bland and boring compared to the other malls. 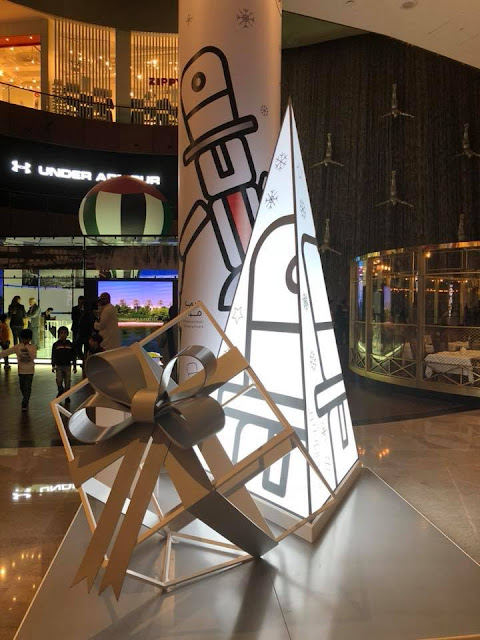 354 Wednesday Future(istic)
Breakfast at home of bacon butty and fruit, yes you can buy bacon in Dubai, a taxi to the Marina and the ferry to the Creek to explore the Souks, we got the metro to Mall of the Emirates and Peter joined us for an early dinner at the Souk Madinat. 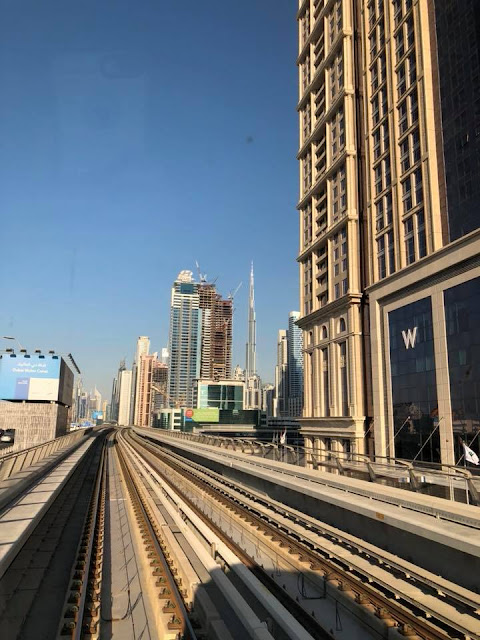 355 Thursday Red
Up early to the airport, caught up with washing, ironing and yet more UK paperwork and bills, it never stops. Always on a downer after visitors go, so Peter recognising this came home early, took me out for a coffee, cooked dinner and let me select a movie. We watched Elf, neither of us had ever seen it. We were asleep by 9pm. 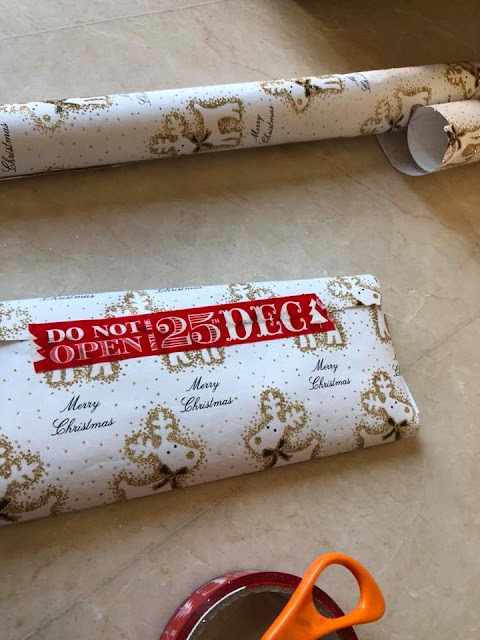 356 Friday Play
Up early and off to the Mall of the Emirates, it must be only a few days before Christmas as I'm all wrapped and under the tree and Peter has asked me to wander around the shops with him pointing things out, then retreating to a coffee shop where I can blog and he can make purchases. Spent the rest of our day sweeping up sand, it'll all be unswept by the morning and back in the house, we really must get round to putting down some grass and block paving in the sandpit/garden. 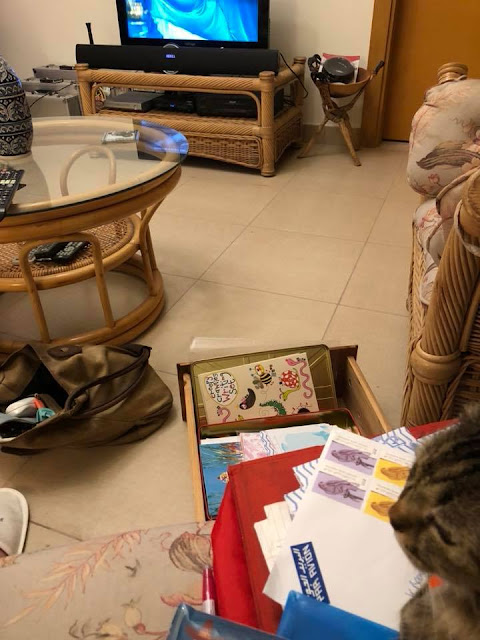 357 Saturday Food
Woke in a sea of fog with visibility down to 160m's. Wanted to see Murder on the Orient Express but when we got to the cinema at Dubai Marina Mall, it wasn't on, so we watched Paddington instead, we were the only adults there without kids....lol. Afternoon spent watching TV and a walk to the local shops with Bob to collect something for our tea. 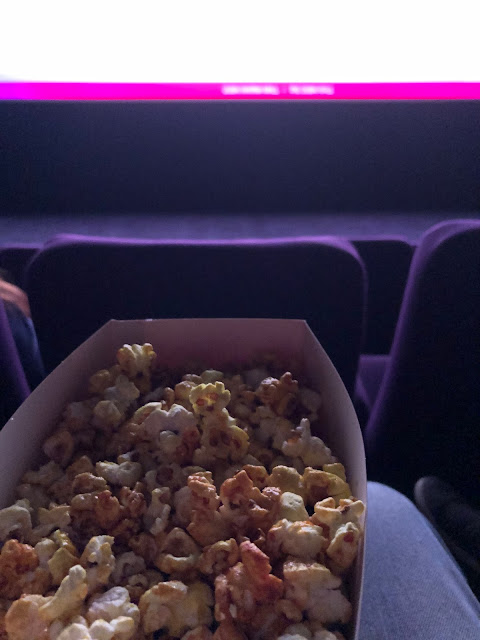 MySundayPhoto More Christmas in Dubai
TriumphantTales Managing grief 5 months on. It's not all sad, 2017 has brought some happy times also.