The week started and ended with me asking 'What day is it?'

Peter has had the week off work while we've moved house and with having been in the UK for 4 months and weekends in Dubai being on a Friday and Saturday and then UAE public holidays, I've had no idea what day it has been.

I've also been confused by the time difference which is now 4 hours and being that extra hour ahead now means that I'm not seeing things in family and friends timelines and when I post at midday, you're all just getting up in the UK. Whilst it's made contact with child 3 and 3a in Australia easier and child 4 is only up the road/country. It does mean emails and phone calls with the UK and responding to messages are done in the early evening, my time, when I'm ready to switch off, so I can get a response the same day.

The weather in Dubai is now on average a high of 28c with a gentle breeze, making it perfect for life outdoors for the next 4 months.

We've settled in well and quickly to the new house, but it's noisy here, there are kids, more traffic and more people to knock at the door to ask for work, we'll get used to it for sure.

330 Sunday Goals
Pre moving day and what else should I be doing today other than collecting the keys and giving the villa the once over, lunch with a friend and a manicure and pedicure in the afternoon. I packed the rest of the ornaments and with freshly painted nails dugs up the plants in the garden. 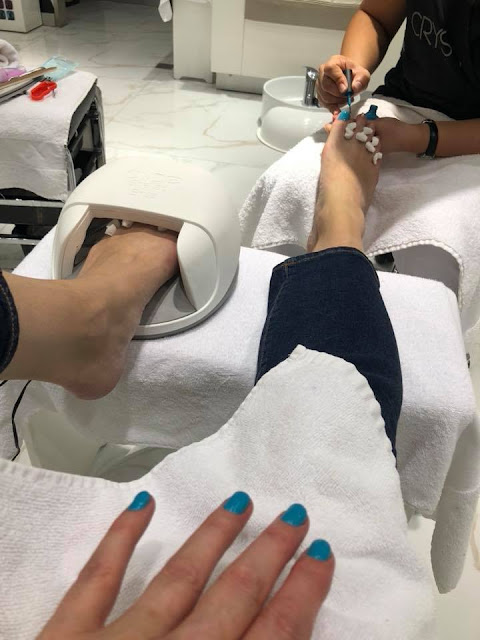 331 Monday Exercise
Dressed, breakfasted and ready to move at 8am. Dropped Bob at Day Care and went to the new house to wait for the first truck to arrive at 9am. Peter stayed at the old house to supervise while I stood on the door step and instructed the removal men which room they were to take each piece of furniture and box to. By 5pm they and all their boxes and packaging had gone, the kitchen and bedroom were sorted and we went to Macdonald's for tea. 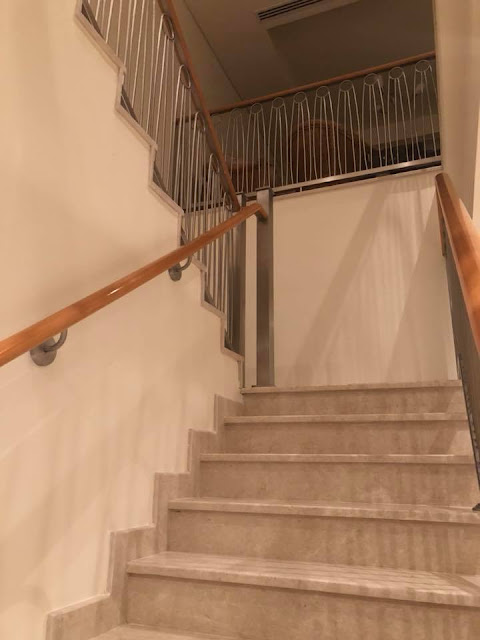 332 Tuesday Sharp
The hall and laundry room was tided today as we are in serious need of having to wash some clothes. The day passed in a haze, coffee mid afternoon, boxes unpacked, stuff tripped over, furniture rearranged. Had an early night, but my brain was whirring and I was wide awake at 3am. 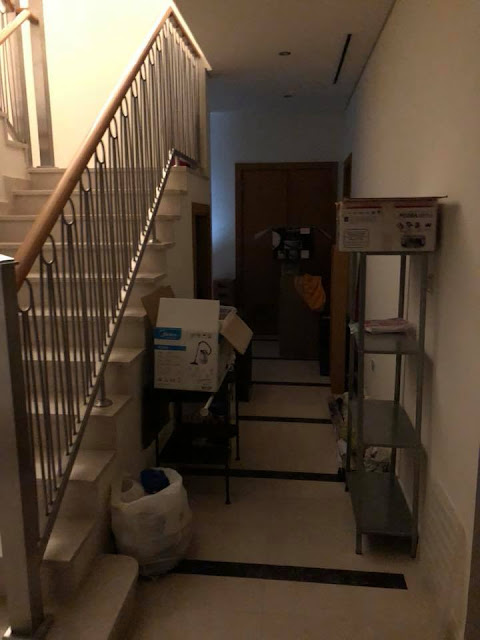 333 Wednesday Contemplate
Spent the day at the old house cleaning it from top to bottom, there will be some issue with the deposit, there always is. Anyway we know that the house was returned in a much better and cleaner condition than when we moved in. As landlords in the UK, we really do pay extra attention as tenants, yet we've been badly treated by both landlords and tenants in the past. Back in the new house the drain in the laundry room flooded, clothes now being held hostage in the machine until after the weekend. The garden was tided and outdoor furniture set up on the balconies. 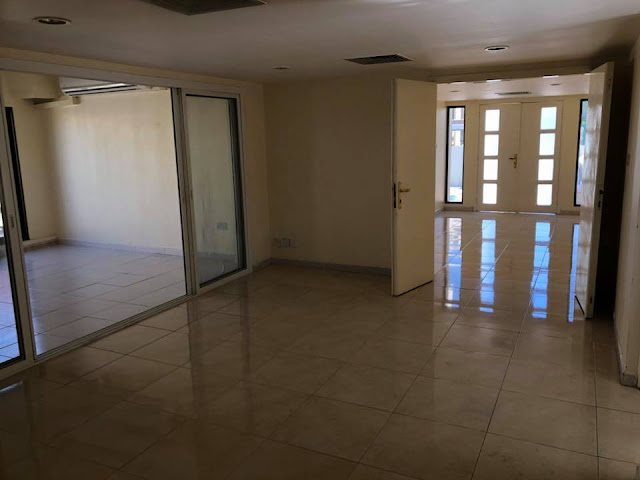 334 Thursday Cold
Peter waited in for the Du TV/Internet/Phone company and I went to Ibn Battuta Mall to buy curtains for the bedroom and a few bits and bobs. Peter joined me and we had a late lunch, did a food shop and spent the evening setting up the TV upstairs and had an early night, after mopping up the main bathroom after another flood. Seriously, that's every drain blocked in this house. 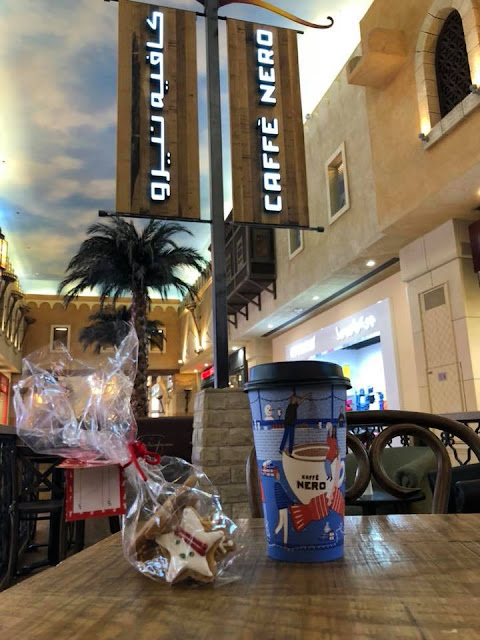 335 Friday Wide Angle
Off to Ikea, hubby and I don't have a good track record there in regards to arguing, but we managed not only a trip round there, but a visit to the DIY shop and then put up curtain poles, hung curtains and assembled furniture and were still speaking at bedtime. More good news, tried the dishwasher, it didn't flood the kitchen.

336 Saturday Water. Blue Water and Dubai Marina on the horizon.
Woke with or rather didn't get much sleep with a migraine, I guess I've peaked and come back full circle to June this year when I had the last one that triggered off a health scare, who knows?
An easy day, sorted through my wardrobe and donated a lot of stuff I just don't wear, went out for coffee to Mall of the Emirates for the last of the curtains poles and a few other pieces we needed. 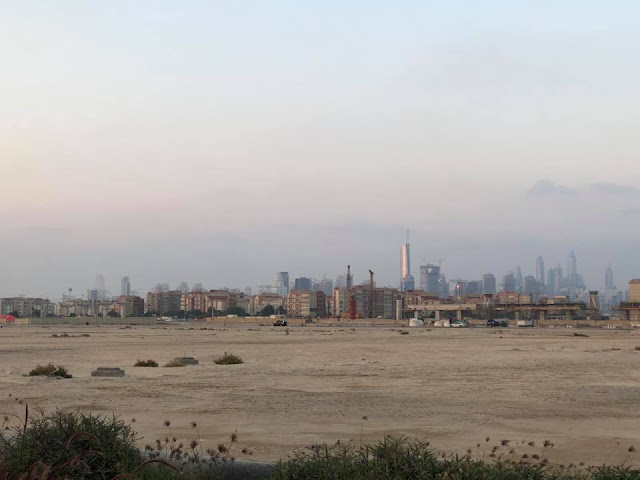 My Sunday Photo Y is for Yule. Comparing the prices between the UK and Dubai.
TriumphantTales TweensTeensBeyond PoCoLo Life without Friends? I couldn't do it.