My flight to the UK during lockdown Covid-19

In the lead up to lockdown we had visitors in Dubai. My flight with BA was scheduled for 10am on March 24th. Our last lot of visitors were leaving on the 20th so we were keeping a close eye on the flight schedules. Theirs went on time on the Friday morning however, at the same time, mine was cancelled. I rebooked immediately onto the next available flight which was 2pm on the same day. On the Sunday night, Emirates cancelled all flights in and out of Dubai and BA were further reducing their services eventually down to just one a day. In the end I was actually on the last BA flight out of Dubai.

I needed to return to the UK, we'd just taken possession of our family home back from tenants in the December, I'd changed the locks and had some basic work carried out, the cat and dog had flown over on February the 1st and I'd returned to Dubai on March 3rd as we had 2 lots of visitors scheduled to arrive. My Mother in Law was house and pet sitting for the 3 weeks I was away and our eldest child is in a care home in the UK and we knew there was a possibility that I may need to be there to care for her, should the situation worsen.

Saying goodbye to Peter not knowing when we'd next see one another was hard. I packed one suitcase with essentials, being fortunate enough to already have winter clothing, toiletries etc in the UK and I'd done a large shop stocking up with loo roll, cleaning products and pet food back in February as I knew I wouldn't have a car when I got back to the UK. I also did 2 food online shops, 1 for me and 1 for my mum to ensure we had enough supplies, which thankfully were done just before the UK started panic buying.

On arrival at Terminal 3 in Dubai, social distancing was in place, the floor marked and staff now all wearing gloves and face masks, having made regular visits to the airport over the past 2 weeks, in both departures and arrivals, we noticed quite a stark change and the silence was deafening. The shops had only started the social distancing the week before, but pubs, bars and tourist attractions had shut down on March 16th and the malls were almost empty of shoppers.


Arrivals hall Dubai Terminal 1, never have I seen it so quiet. 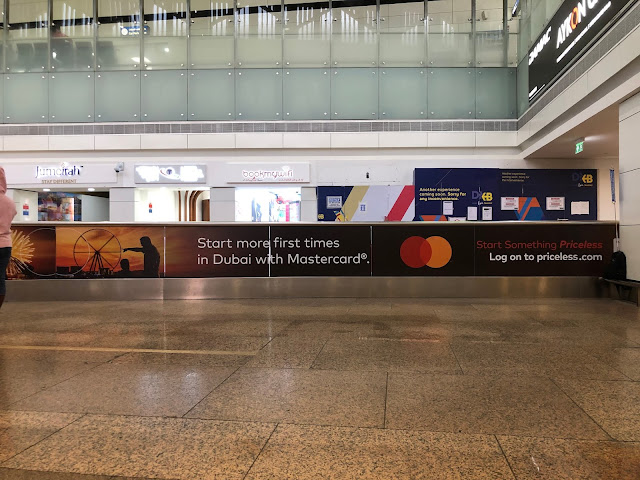 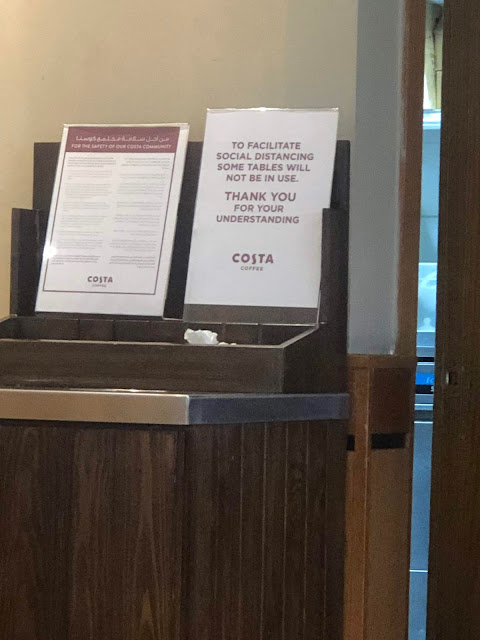 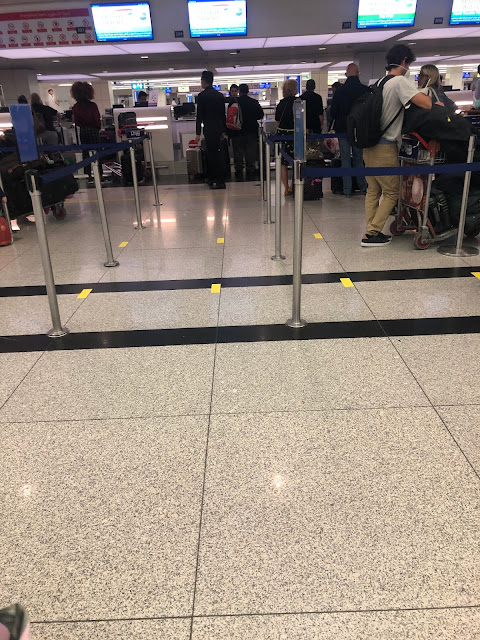 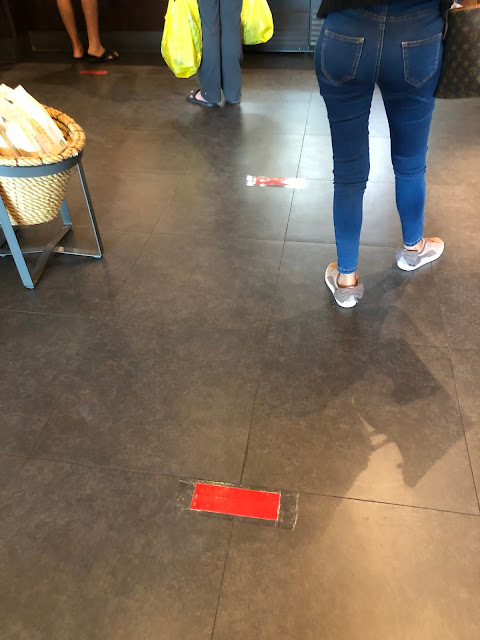 After check in and saying our goodbyes I went through the departure gates where I was asked if I was a resident or a tourist. On replying I was a resident, I was asked to sign a mandatory form stating I agreed to a 2 weeks stay in a medical facility upon my return to Dubai. At this point I realised I wouldn't be coming back any time soon and after receiving an exit stamp in my passport I filed through to departures. 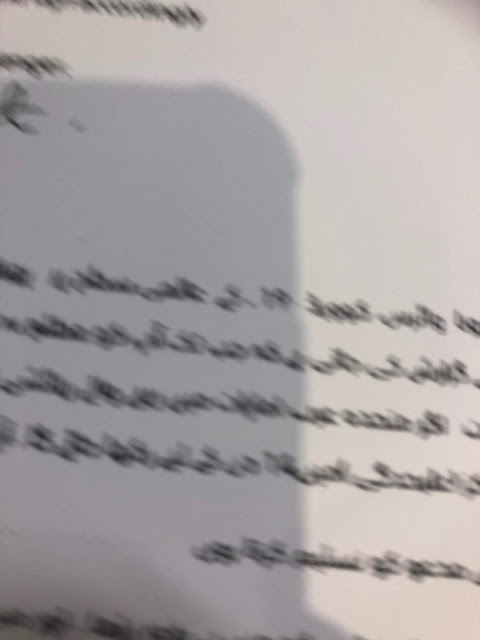 The terminal was almost empty and it was easy to social distance. I'd receive an email in the morning to tell me that it was unlikely any food and drink would be available on the 7 hours flight to Heathrow, so I stocked up in the duty free.

I was surprised that the flight was full and we were all sitting next to one another as usual, flight stewards weren't wearing masks or gloves, but if I'm honest that pleased me as gloves and masks don't stop the spread like people think they do and I'd already observed people weren't changing the gloves as often as they should be washing their hands.

A full food service was provided, I carried anti bacterial wipes and cleaned my screen, seat belt and tray table, despite being informed the plane had already been fully sanitised. I settled back to the flight.

On arrival in Heathrow, I expected long queues for passport control, but to my surprise the electronic gates were open and we were being directed straight through. No questions about where we'd travelled from, no instructions to self quarantine, only a woman meekly asking if people would like a leaflet. 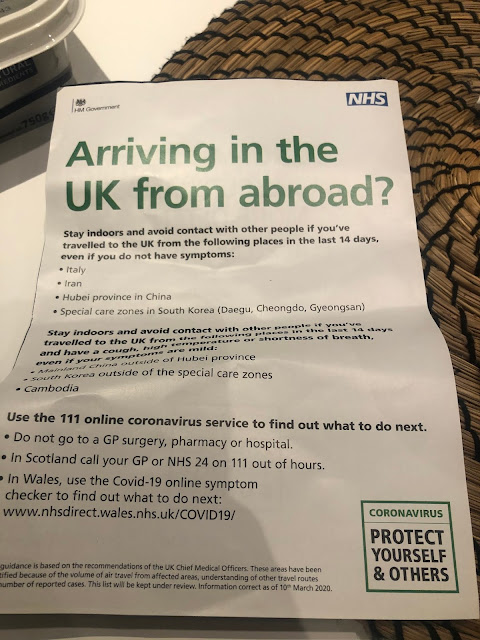 Again it was deathly silent and I was grateful to get outside, to empty skies where my friend had kindly offered to collect me and house me for the night before I made my journey across the UK to reach Malvern and home. 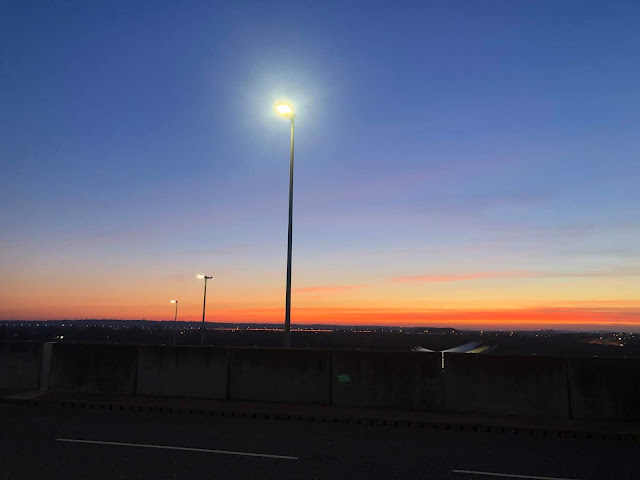 Travelling across the UK on the 26th March was eerily quiet, trains were cancelled, rescheduled and rerouted several times during my journey. The staff at all the stations couldn't have been more helpful, everywhere was closed, no one was out unless they were making essential travel and most like me were trying to get to or from the airport or just home within the UK.

Quite literally one person per carriage, regular announcements asking us to social distance. 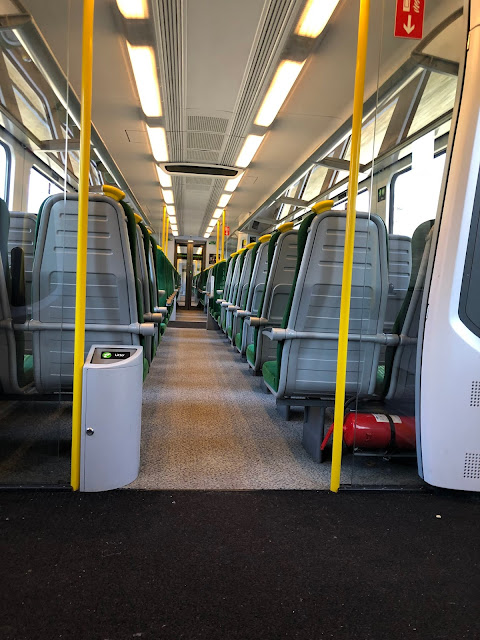 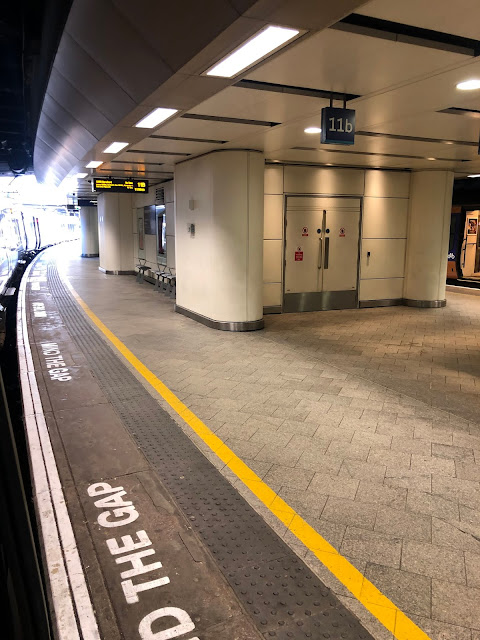 There were a couple of incidents on route where passengers were shouting at rail and station staff about changing trains and few announcements, but they were dealt with professionally by the staff.

I arrived home in Malvern after almost 4 hours, with a short walk via the shop to collect milk and I self isolated for 14 days. My Mother in Law had left and returned to her home in Bristol as I was making my way back on the train. 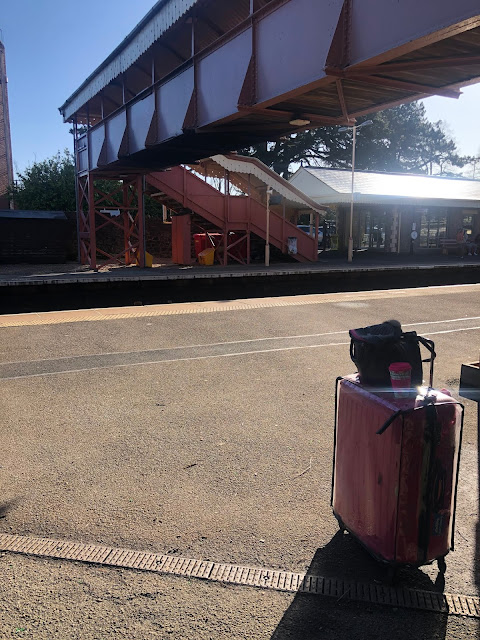 As much as I'd love to see my husband and we can now travel as residents and citizens of the UK and the UAE, we have no desire to take a non essential trip with quarantine either side, in total of 4 weeks, for a 2 week visit.
Posted by chickenruby at 03:30:00