I spent 3 weeks in Canada last year, in Hamilton and had only 3 days in Toronto before flying home to Dubai, with so much to see and do I opted to purchase the Toronto City Pass, which gave me entry to 5 locations around the city, sadly the Zoo was too far out of the City in the limited time I had to visit, but I did manage to get to visit Casa Loma once I'd navigated the transport system from near the airport, where I was staying, by bus and train, I found Casa Loma easily, the directions in the City Pass were very helpful. Although it did involve a medium length walk up hill from the subway. 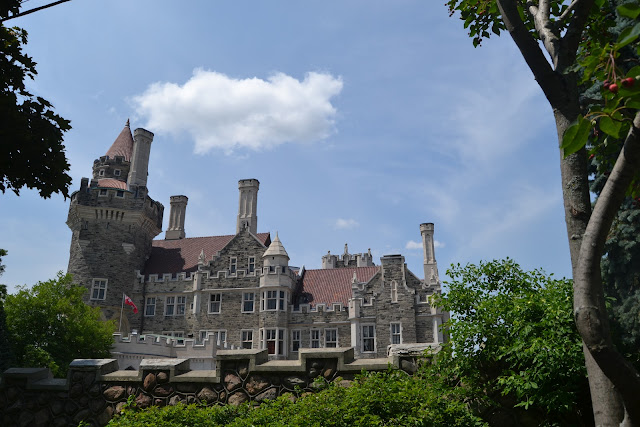 Casa Loma is North America's only full sized castle and a premier historical site in Toronto. Designed by architect E J Lennow in 1911 by Sir Henry Pellatt. It is an Edwardian Castle that took 300 men, 3 years to build. It covers 200,000 square feet and cost $3,500,000 to build and sits in 5 acres of land.

On arrival at Casa Loma you are directed down the stairs to collect an audio guide and a map, passing a cafe and well stocked gift shop, where you start the tour. Everything was well sign posted and there was lots of information available in several languages.

The tunnel that leads to the garage, stables and potting shed. 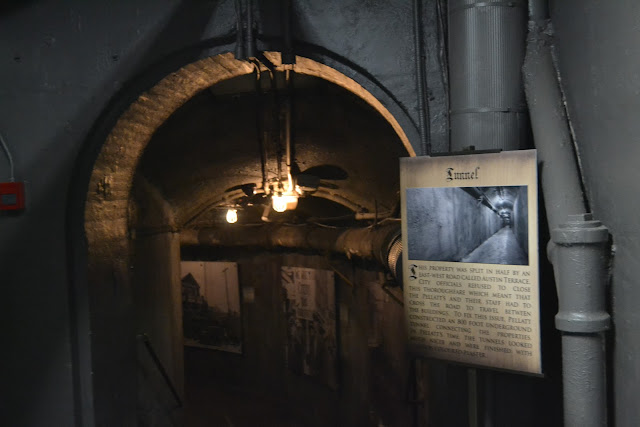 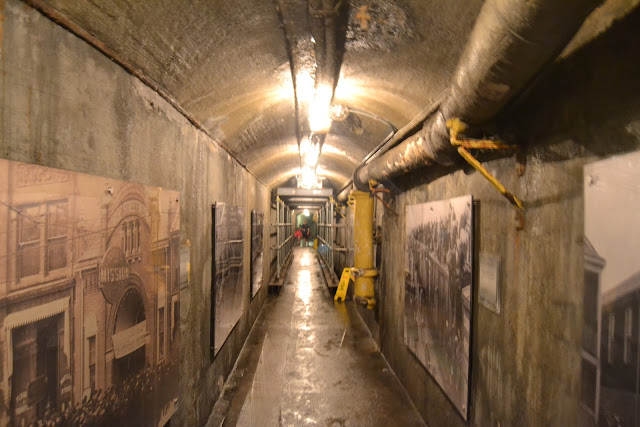 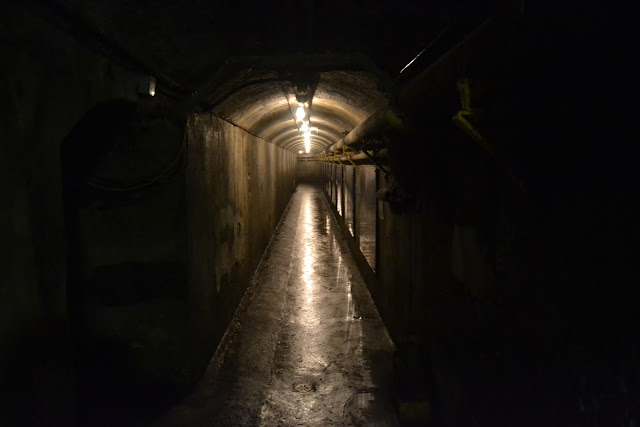 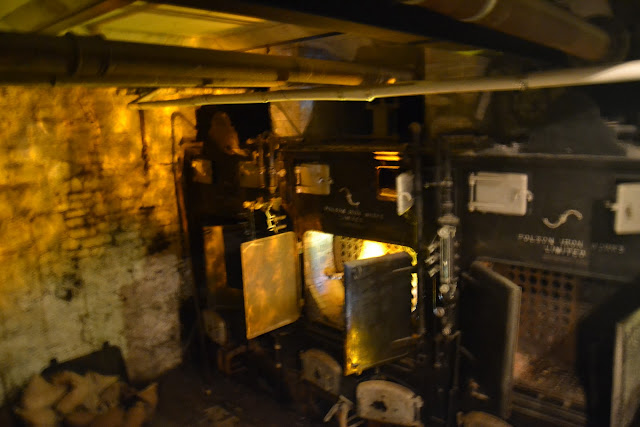 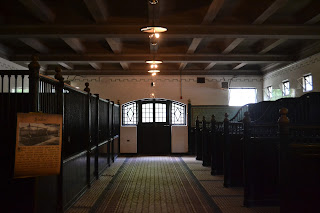 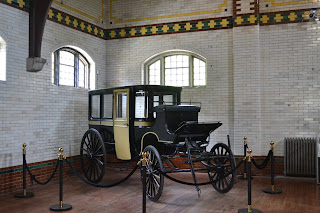 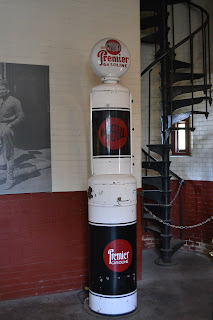 Dining room where many a function has taken place both then and now and there was a wedding photo shoot taking place the day I visited. 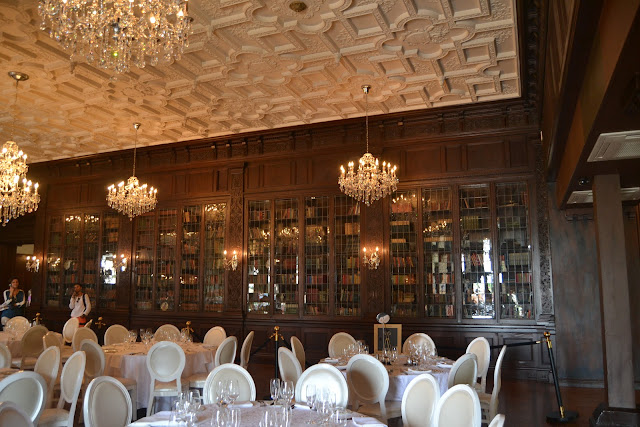 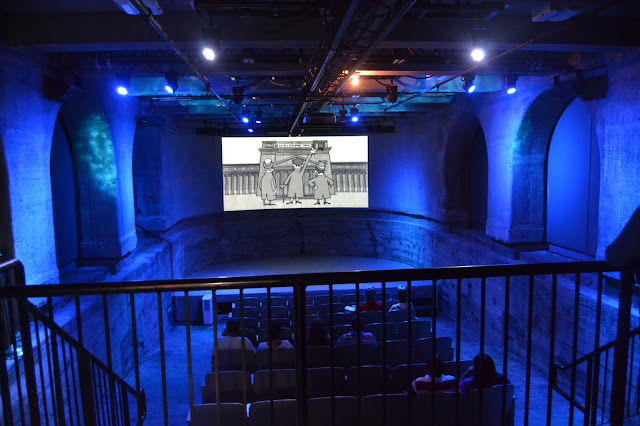 Originally designed as an indoor, heated pool, but never finished due to the Pellatt's financial difficulties.

The staircases were numerous, these are the ones leading to the servants quarters. 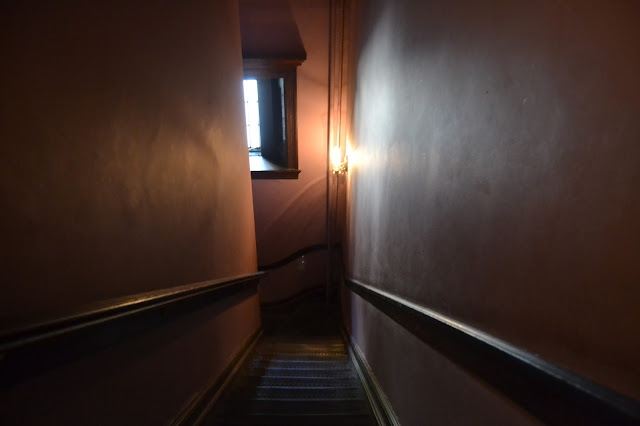 The Pellatt's had separate bedrooms. 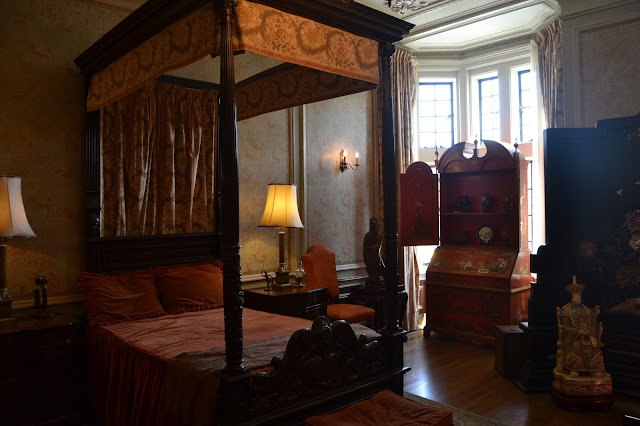 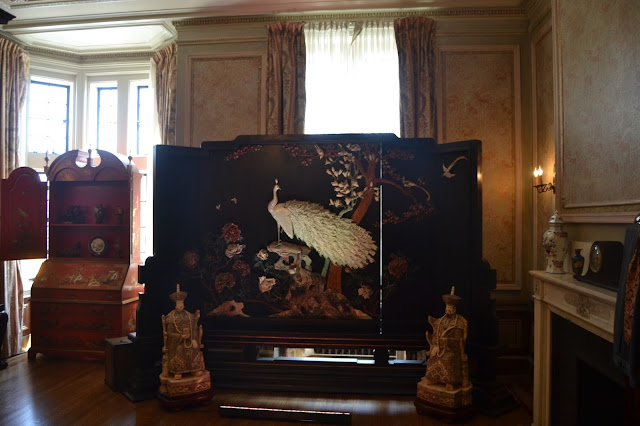 The plumbing for the bathrooms looked quite modern. 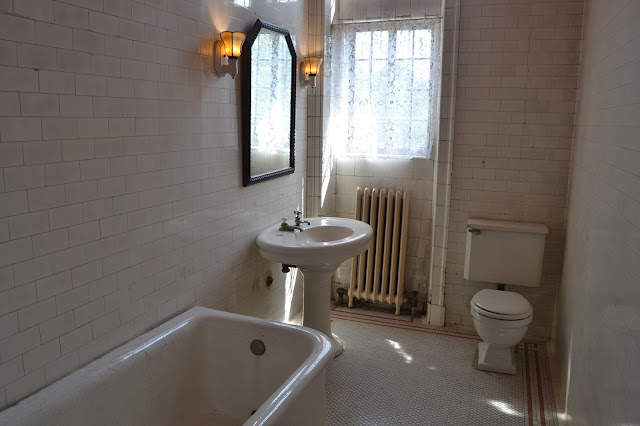 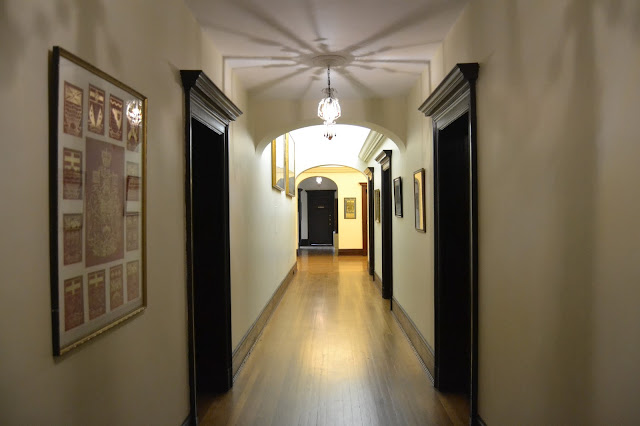 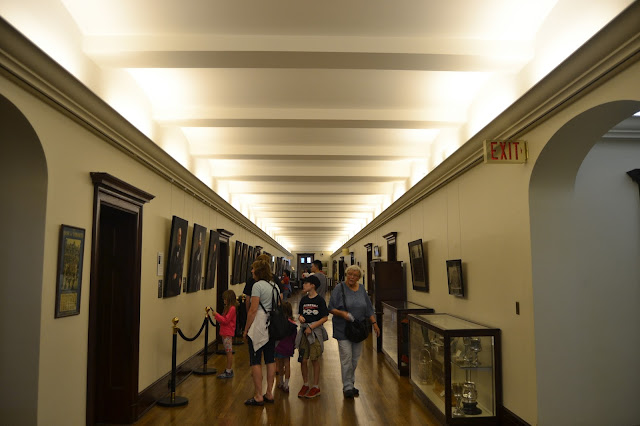 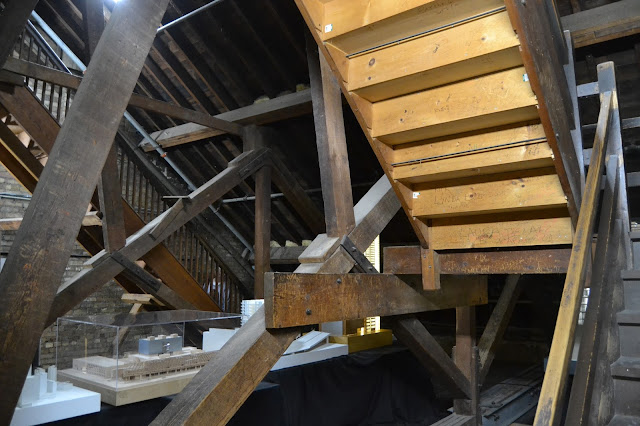 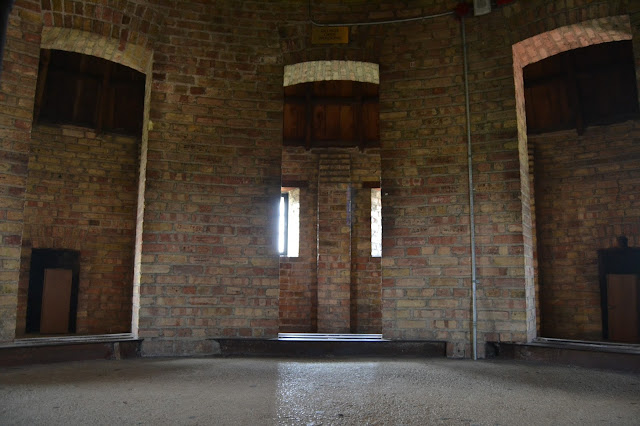 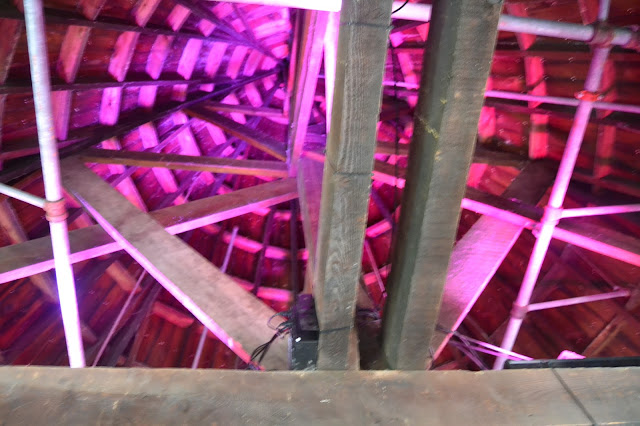 I love a good mezzanine and this one was huge, can't help think about the heating bills though. 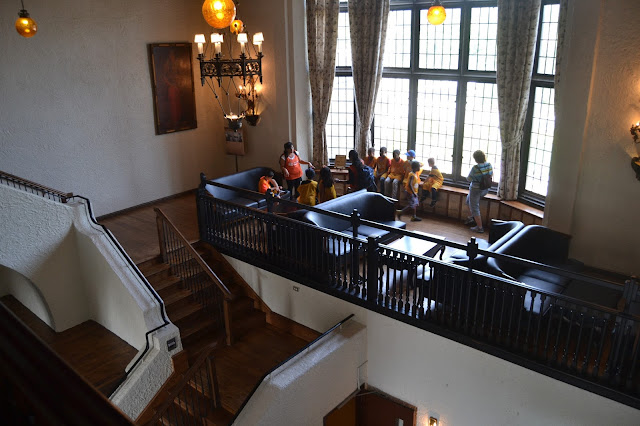 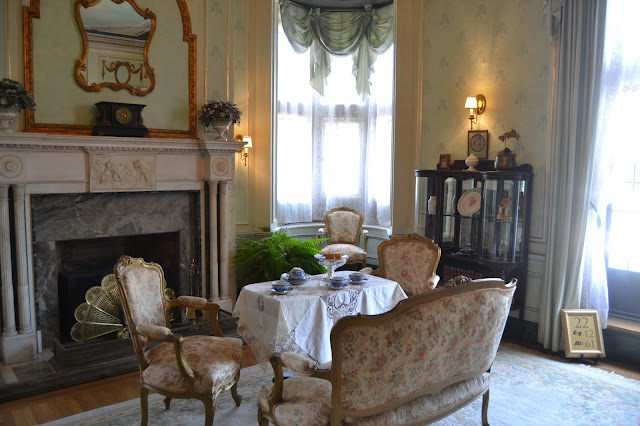 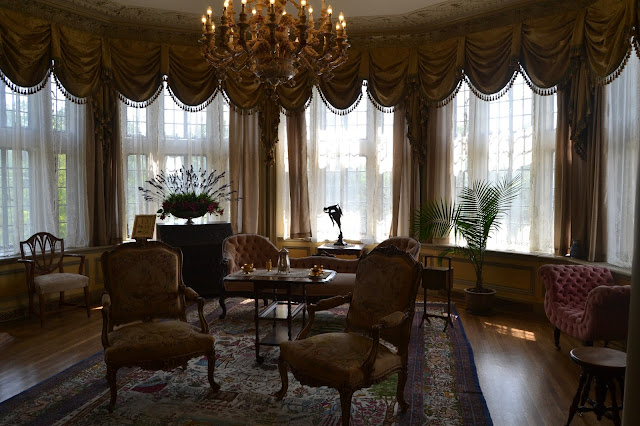 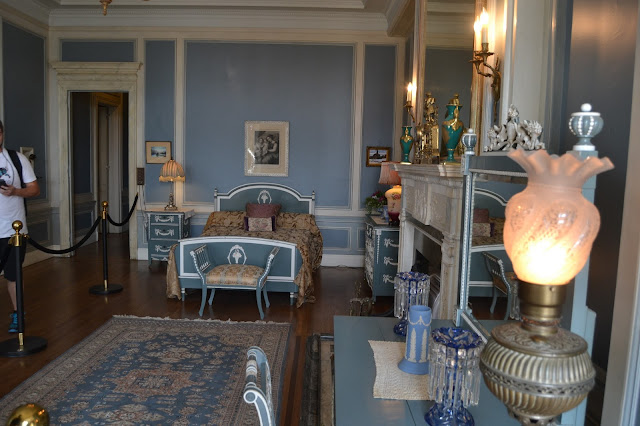 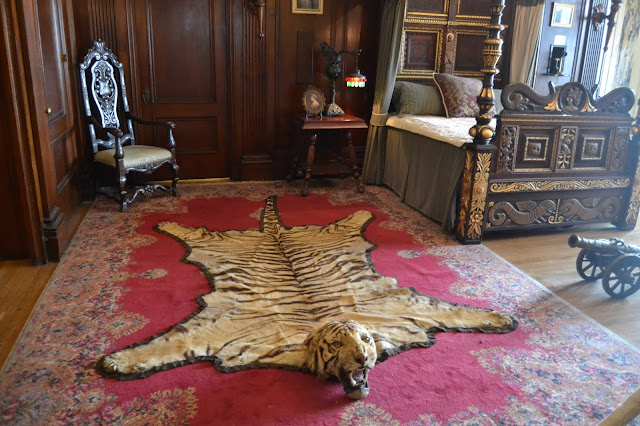 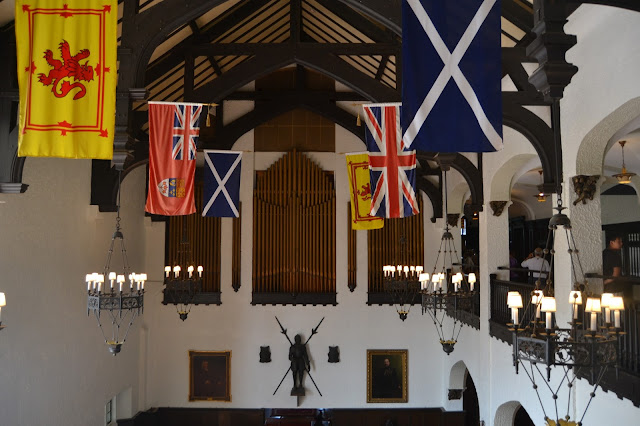 An exact replica of the Queen's Coronation Chair that sits in Westminster Abbey, carved by the choirboys in the 18th century. 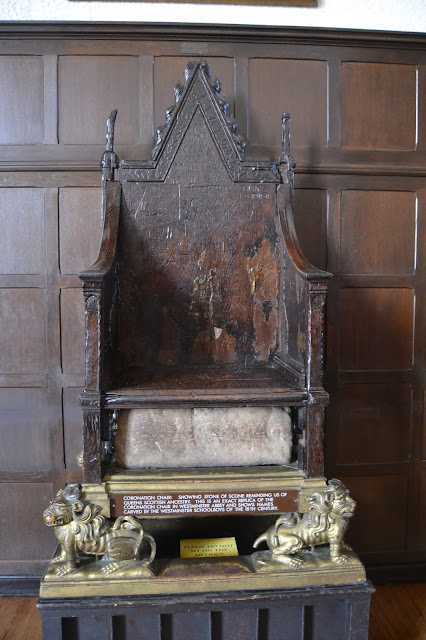 You can see the Gardens of Casa Loma in a separate post with HDYGG? How does your garden grow?
Posted by chickenruby at 18:31:00