HDYGG and Animal Tales - Waiting for summer in Dubai

The temperature is warming up in Dubai with summer just round the corner. The water from the outside cold water tap is reading 32c at 9am and at 5pm. 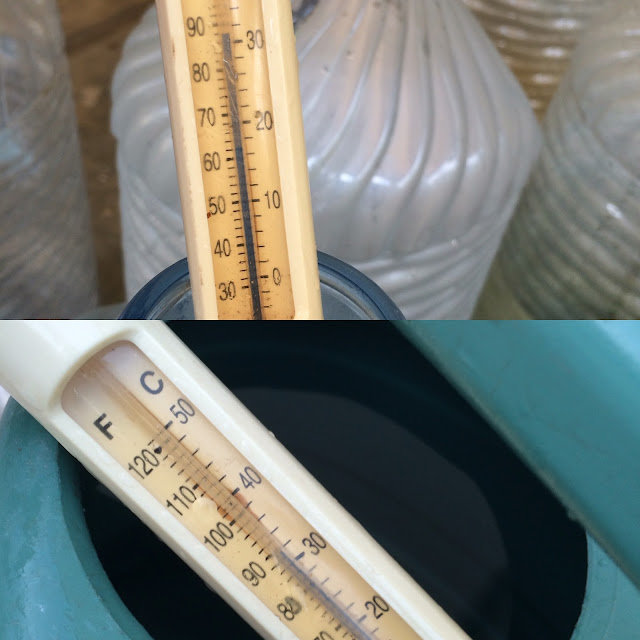 We were in the desert last Friday at 7am after collecting friends from the airport. 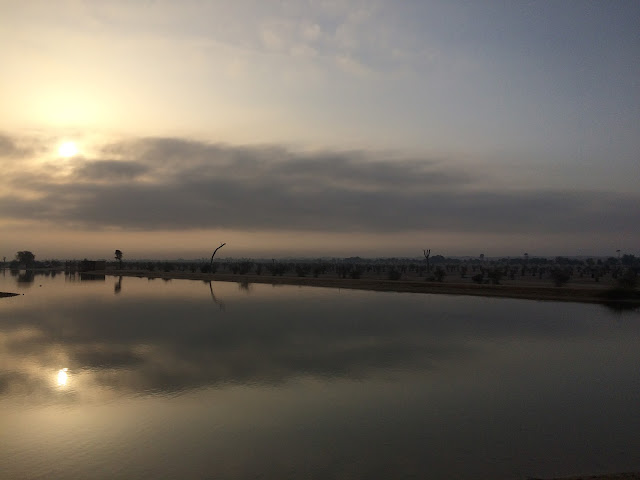 They had very kindly lugged 6 packets of dog gravy for Bob, back packing around Vietnam, that they brought with them from South Africa. 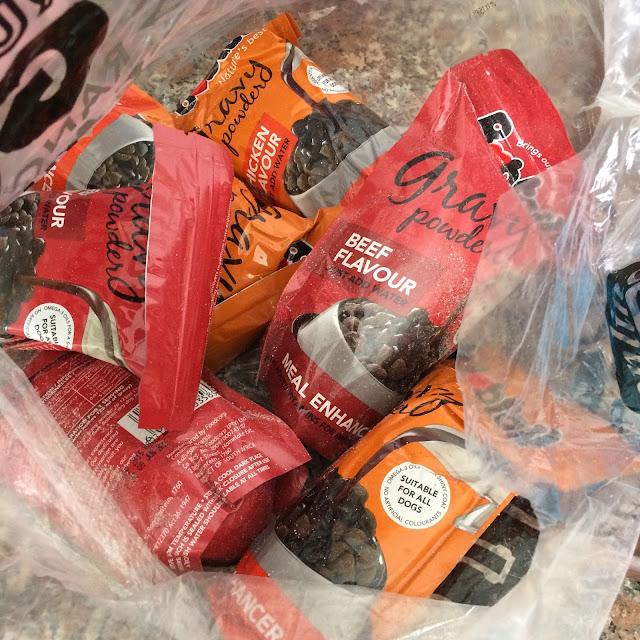 The day time temps are between 24c and 32c this week, last week it was between 16c and 24c. The dog has been outside in the day when we are both working, he has a bed in his dog house and plenty of water, plus a snack that he eats the second I close the gate. I'm off work next week so I'll start leaving Bob inside to get him ready for the long summer when he'll be inside all day. 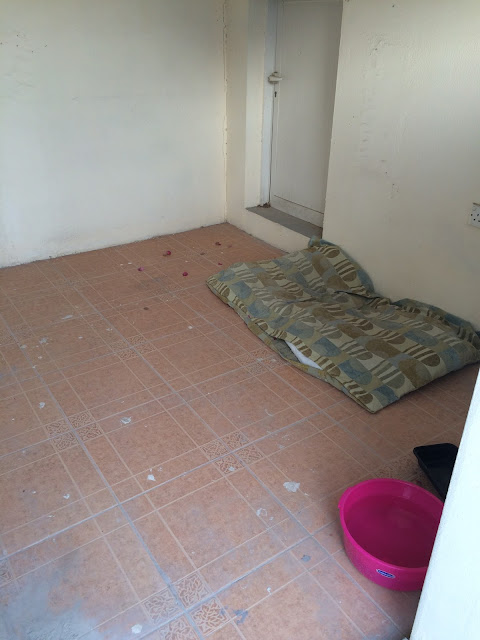 At the moment I feed Bob at 5.15am when I get up, then hubby puts him outside at 8.30am. I'm then home by 4.15pm and hubby works at home a few days a week. Once it heats up, I'll feed him as usual then shut him outside, hubby will bring him in when he goes to work. Both him and the cat did this last summer. The cat has already altered her routine, she is opting to stay out all night when it is cooler and stay in all day. We'll change her feeding routine also, she won't be fed until hubby goes to work at 8.30am, that way he can guarantee she'll come in without having to look for her.

It's a complicated system but the cat suffered with heat stroke last year and when temps reach up to 50c, needs must. 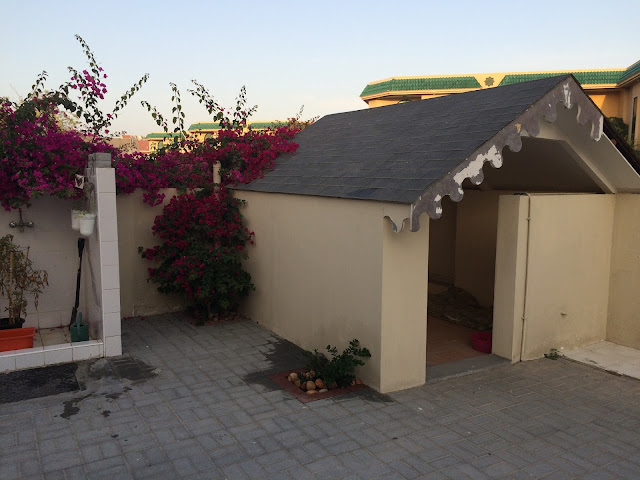 The garden is still going strong, the tomato plant is still producing and I have no idea how long this will go on for. 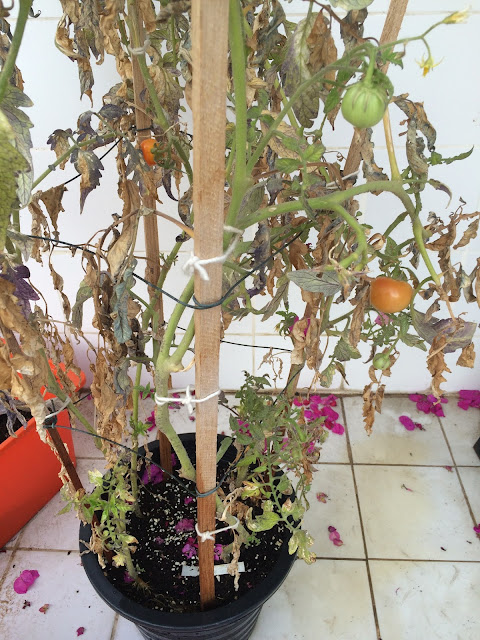 The seeds I planted a few months ago require a minimum of 30c to germinate so hopefully they'll be popping up through the soil soon. 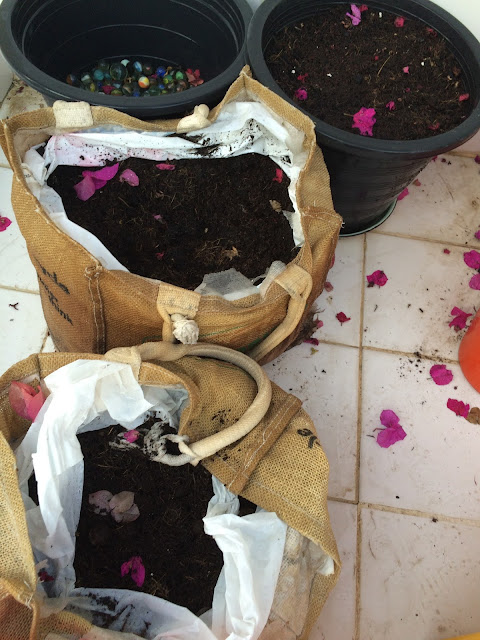 I have no idea what these flowers are called, but they look pretty and I grew them from seed. 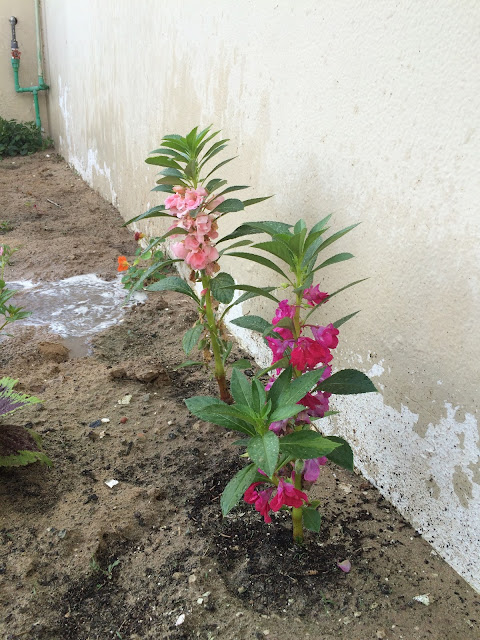 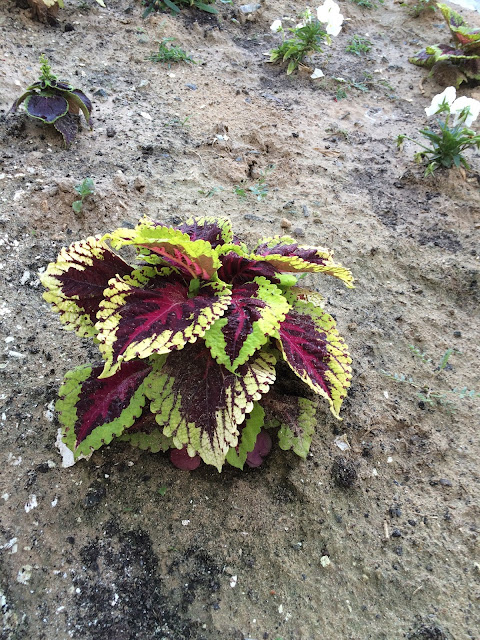 The Geraniums will need to come inside soon and I have a nice pot for them lined up. 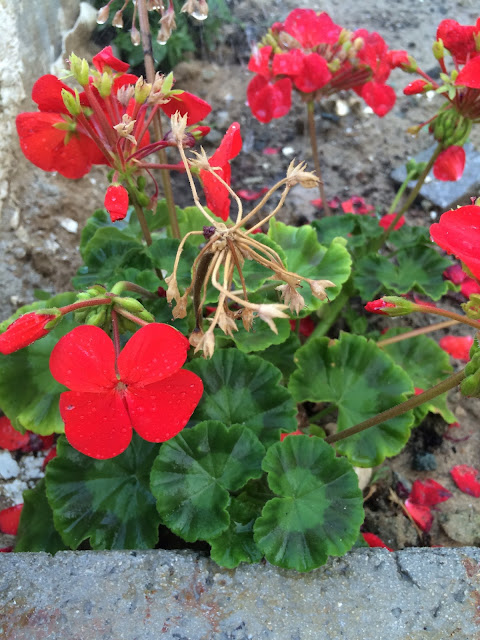 The snap dragons have made a full recovery 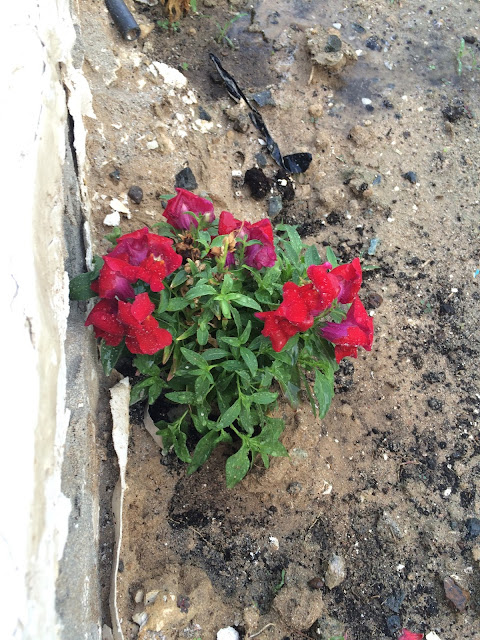 I'm struggling to know what to do with this patch of sand, I'm thinking of starting a vegetable patch in September/October. 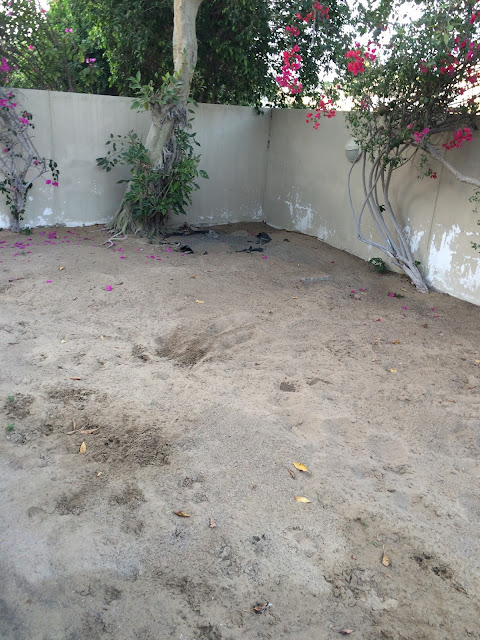 The last time I experienced cold weather around the clock was in December 2010 before we left the UK. Winters in South Africa were strange, day time temps were in the mid 20's as they are here, but dropped to zero and below at night. I'm not sure I'll know what to do in the garden when we eventually move back to the UK.