We booked with ABC Tours who collected us from home, they charge AED125 and pick you up in a modified 4x4 with roll bars and other safety equipment. We drove 45 minutes out of Dubai to the Lahbab desert on the Oman road. 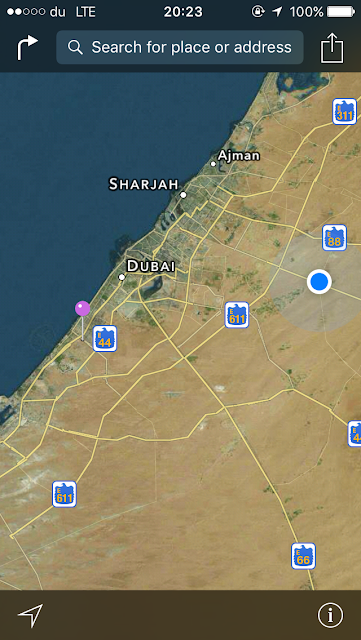 The driver lets air out the tyres before attempting the drive across the sand dunes. The 4 x 4 drive was around 20 minutes with a stop in the middle of nowhere to take photographs. 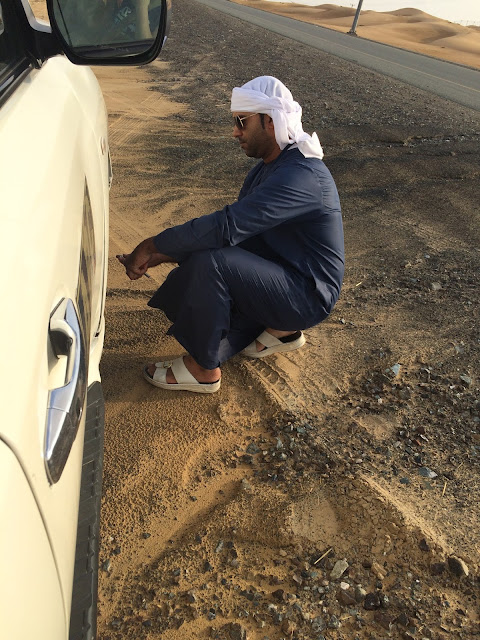 We saw these goats wandering around the desert 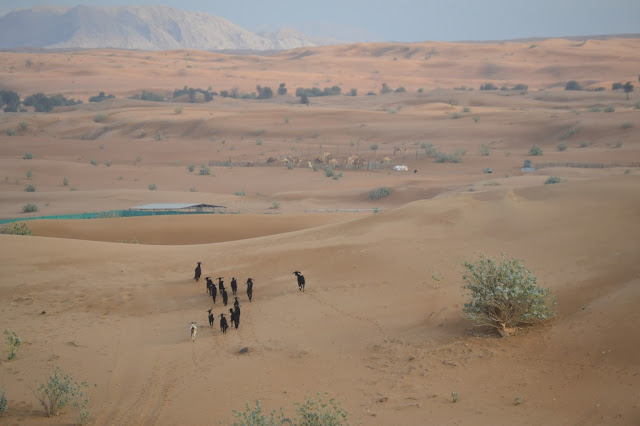 We passed a camel farm but at speed so a photograph was difficult. 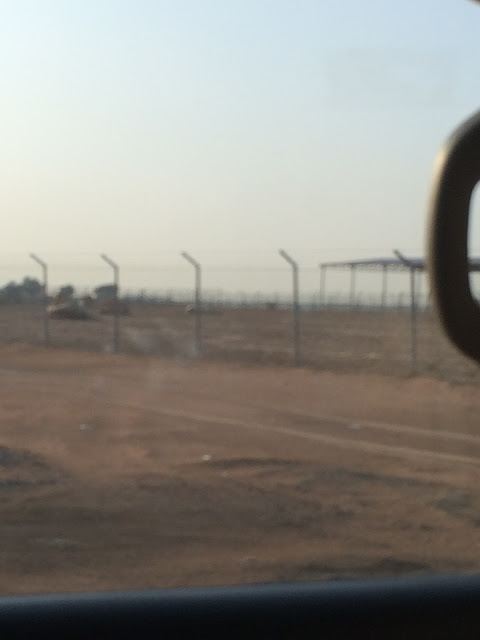 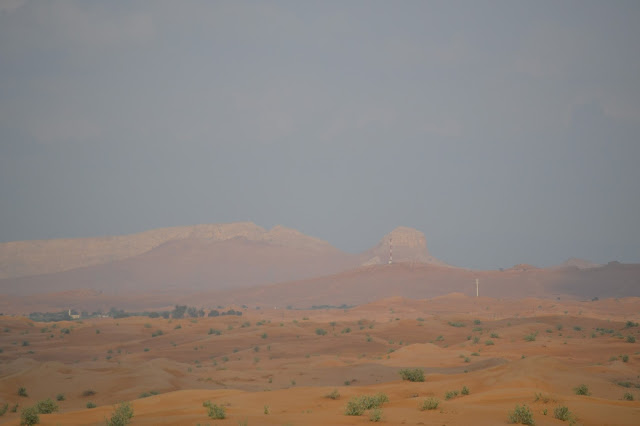 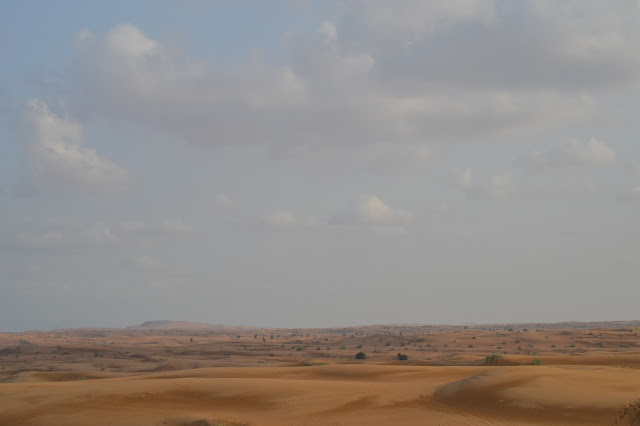 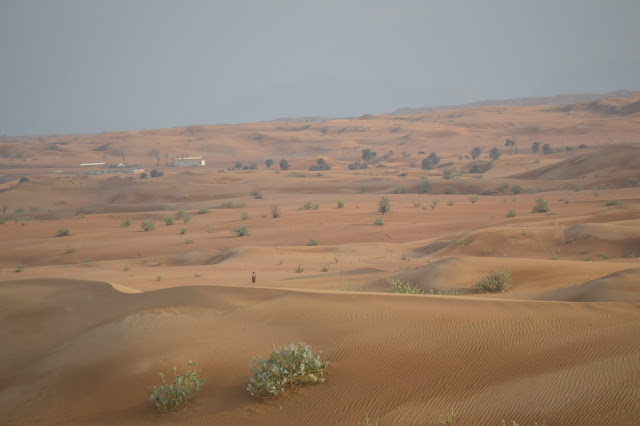 Again, another drive by at speed. These are desert squashes and it is believed they can cure diabetes. 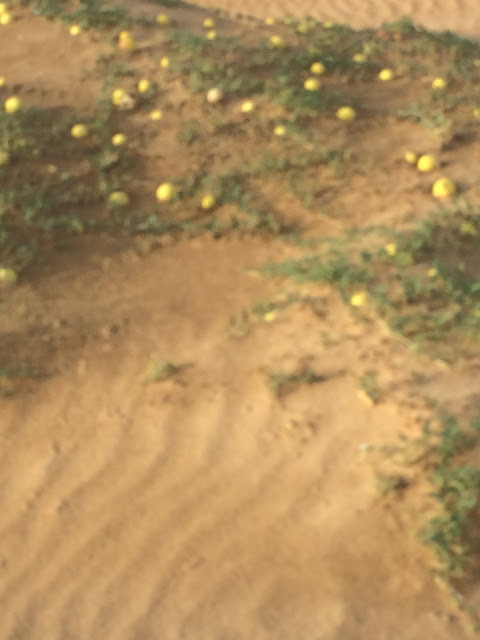 The sap from these bushes is poisonous. 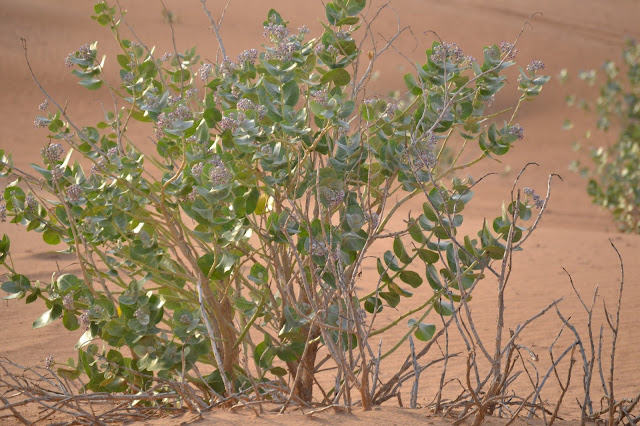 Meet Katrina the Falcon. It costs an additional AED10 to handle the Falcon and take your own photographs. 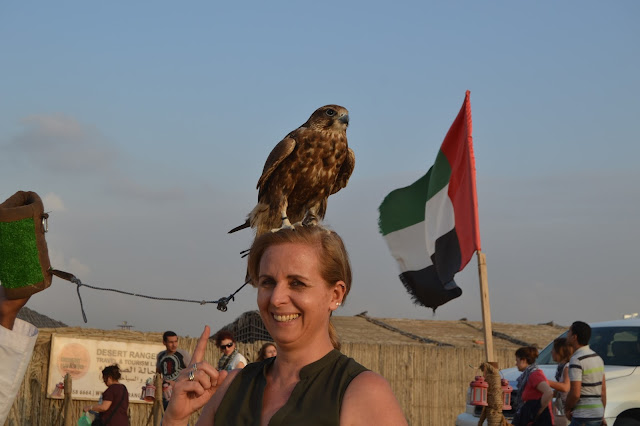 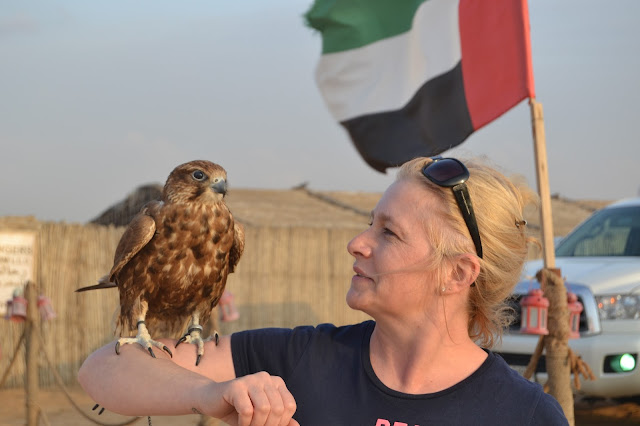 The camel rides are included in the tour price, but it's not for me, I've no desire to ride a camel, but my friend did. 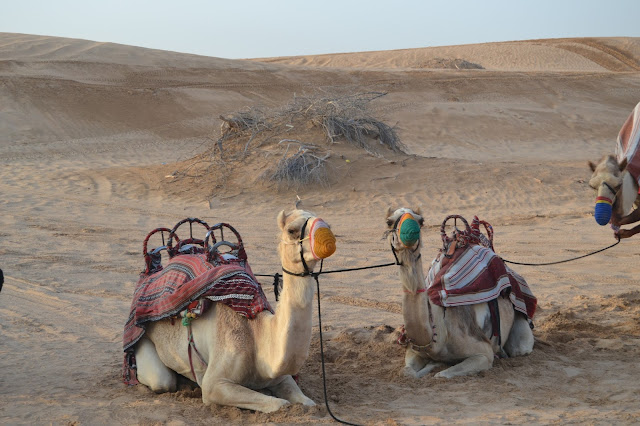 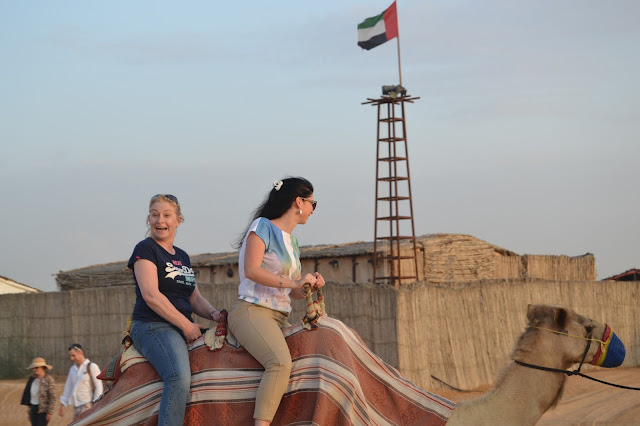 A small henna tattoo is included in the tour price, we opted to have half the arm done which was an additional AED30 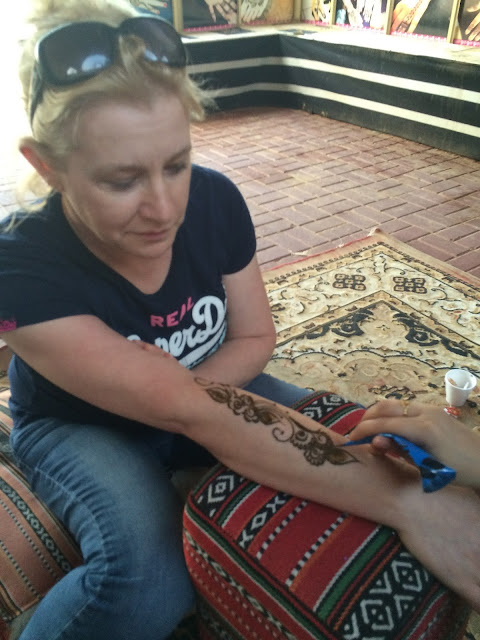 Once the sun set, dinner was served, again included in the price as well as a welcome snack. Soft drinks and apple flavoured sisha were free, alcoholic drinks were an additional charge. The evenings entertainment included this guy with his umbrella, I have no idea what was actually said, but his skirt lit up and he twirled it over his head, then gathered it into his arms and rocked it like a baby while the PA system played the sound of a baby crying....bizarre 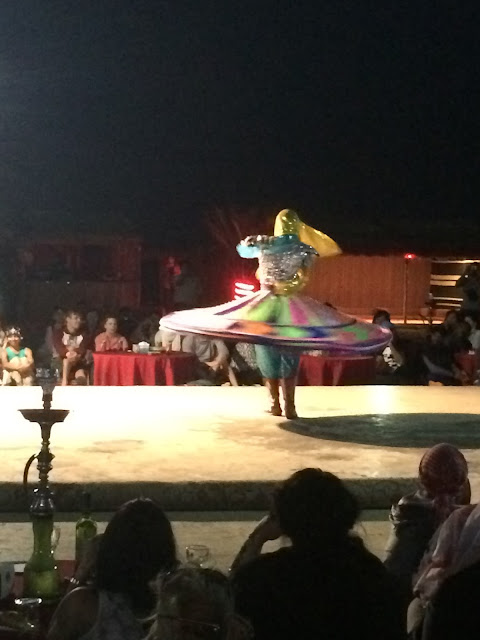 Next came the belly dancer, she was good, an awful lot of twerking went on. 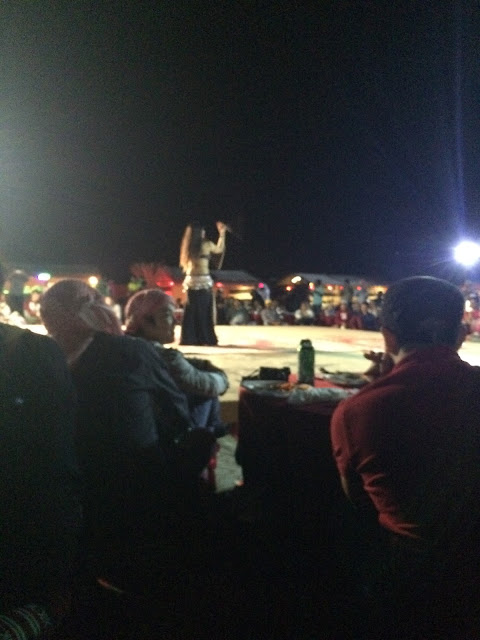 The sunsetting over towards the sea and Dubai, is a glorious sight to be seen, it's gets a little chilly once the sun sets, so I'm glad I brought a jacket with me and a head scarf to protect against the sand and the wind. 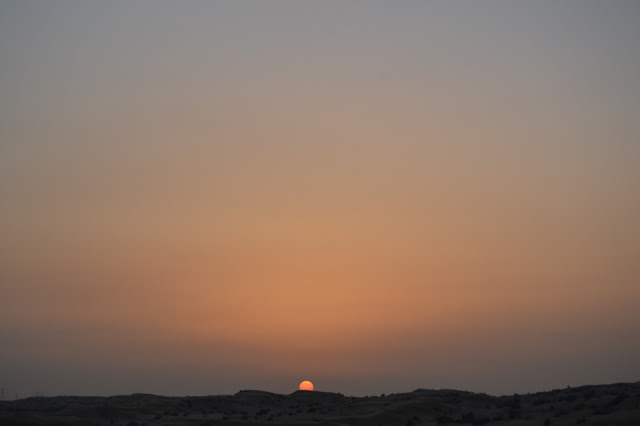 Falcon
The Falcon is the National bird of the UAE. Falconry was first used to supplement the indigenous Bedouins diets with meat, hares and small birds caught by trained falcons.
Camel farming
It is believed the Bedioums can survive 1-2 months in the desert on camel milk alone. Camel milk contains 10 times the amount of iron found in cow's milk and 5 times the amount of Vit C, it is also a good alternative for those who suffer with intolerance to cow and sheep milk.
The world's first large-scale camel dairy farm, Camelicious on the outskirts of Dubai, has everything from milking camels on a fully automated system to processing, testing and distribution. Around 5000 litres of camel milk is produced everyday and stored in underground cooling tanks before being processed. They employ150 workers for the 2,200 camels.
Camel milk had a longer shelf life and when pasteurised the milk will keep for 14 days in the fridge without deteioration. The dairy has been inspected by EU officials to guarantee the production standards are up to tricot import rules.
As well as milk, Camelicious produces ice-cream, flavoured milks, butter, cheeses, yogurts and whey powder and export their milk to the UK.

The Beduoins are at one with the desert and wildlife and familiar with the medicinal properties of many plants.

Squashes found growing in the desert carry a claim by the Beduoins that it can be used to cure diabetes. Powered leaves mixed with water are used as a laxative and crushing the leaves and making a poultice with garlic can be applied to bites and stings. The sap of an unripe fruit is used to treat scorpion bites. The seeds can be crushed and used with water to darken hair and by crushing the fruit and mixing it with oil can be used to ease painful joints.

Senna pant is used as a laxative also and the beduoin claim it can heal stomach ailments. Milkweed sap is dried and used to treat toothache and poultices made of the leaves can be used to heal rheumatism. The leaves are also used as a fertiliser.

And finally the henna plant used to dye hair and paint hands and feet. Henna plant leaves in poultice form are used for headaches.