March was strange weather wise, we'd already had rain in February and in previous years it's usually just a few days during the month, however we had unexpected and heavy rain in march also, giving the garden an extra boost after the recent planting and redesigning of the sand pit.

Spring in Dubai marks the end of an outdoor life, as temps creep up to the high 30's we spend less time outside, by the time it hits 40c anything and everything that involves being outdoors is an effort and not welcomed.

Just walking from the kitchen door where the photo below was taken from to the garage door at the rear of the photo is hard work and you can feel the sun quite literally peeling the skin from your body and by the time the external garage door is opened, car reversed and door closed, one feels like a shower is needed. 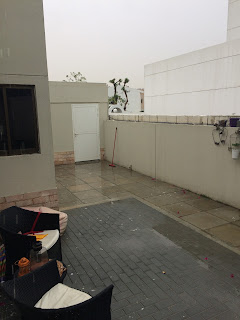 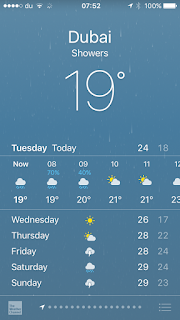 This recently planted tree died off shortly after planting, during my 4 weeks away and after much welcomed rain, it sprung back into life and will hopefully now survive the summer. 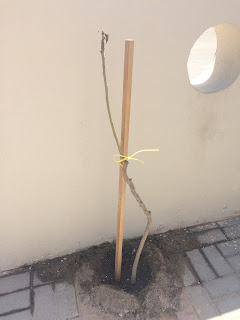 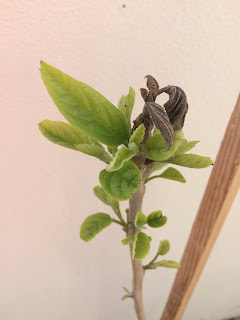 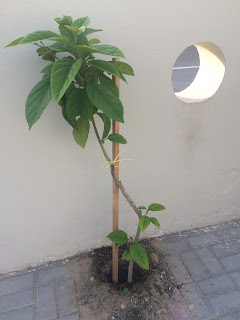 The roses have now finished flowering but I'm pleased they actually flowered in the first place and I'm keeping my fingers crossed for their survival over the summer months. 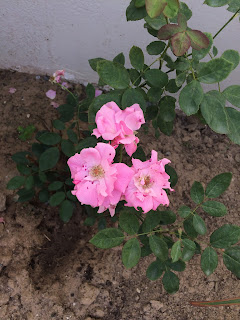 I have yet to discover what fruit this plant will produce, but I think it is a squash. The tomatoes and strawberries have finished and I'm hoping the gardener doesn't yank them out the ground and chuck them away, as he does with everything once it finishes flowering. 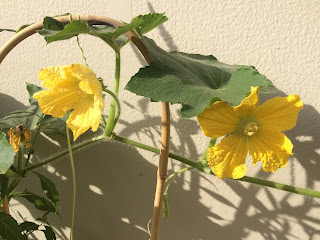 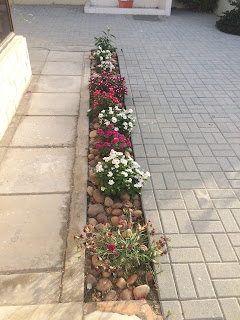 I'm leaving Dubai for summer and returning to the UK till the end of August at the earliest, I have learnt a lot over the past 2 summers and every year I have different successes and failures. The sweet peas and nasturtiums let me down this year, but the bean plants and sunflowers were plentiful, although no beans were produced. I've also grown and eaten the aubergines and chillies. It's all to do with timing and transplanting at the right stage and shading from the harsh sun.

I'm looking forward to trying to grow some root vegetables this year, invest in shade netting and an irrigation system.

How's your garden growing this spring and what plans do you have for the rest of the year?