Valuable Life Skills for a Teenager - Getting ready to live independently.

Normally the teen flies home for the school holidays, but as he is in his final term of school and needed to be UK based to attend interviews and sit exams, so I flew to him over the Easter break.

We also took a decision last year to purchase a 'lock and leave' one bed flat on the second floor in a purpose built block of 6 flats. Completion was back in October, but due to family and friends visiting, Easter was the first opportunity we had to actually use the flat and it was completely empty of furniture.

I spent the first few nights at my mums then roped my Nephew in law to come over and assemble the bed and then waited for the teen to break up from school to help me put the sofa (my bed) chest of drawers, table, chairs etc together. 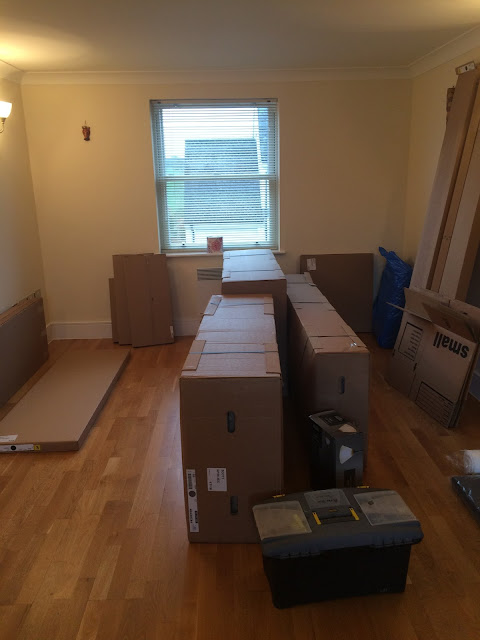 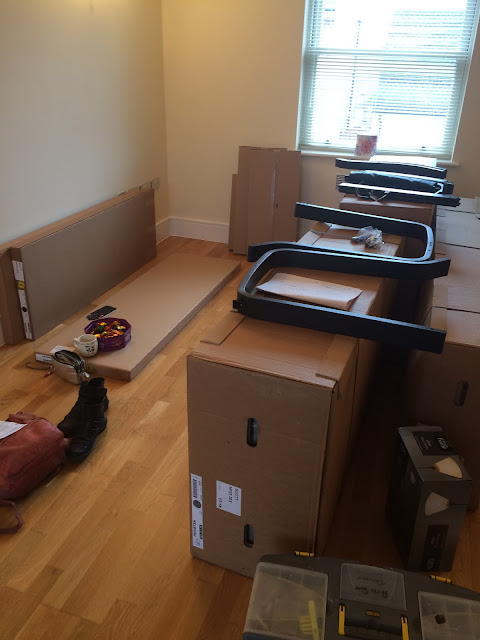 Firstly engaging the teen was easy a) we had no wifi b) I was off to Hong Kong for a week and the teen wanted to stay in the flat while I was away and c) unless he helped me, he was sleeping on the floor. 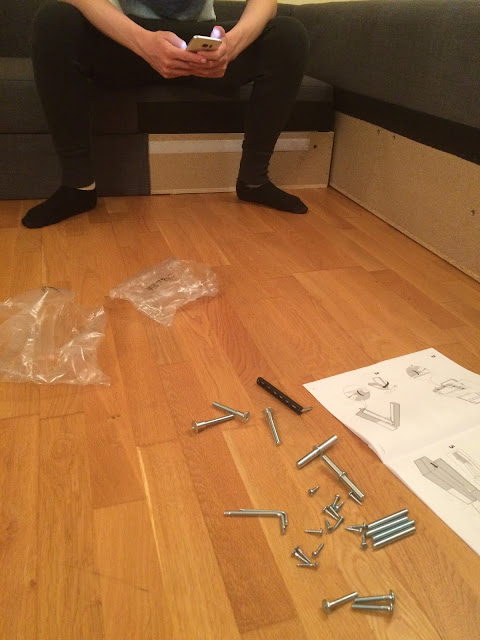 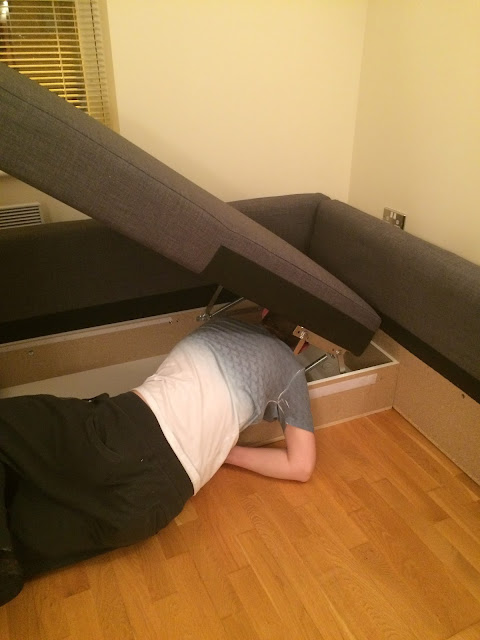 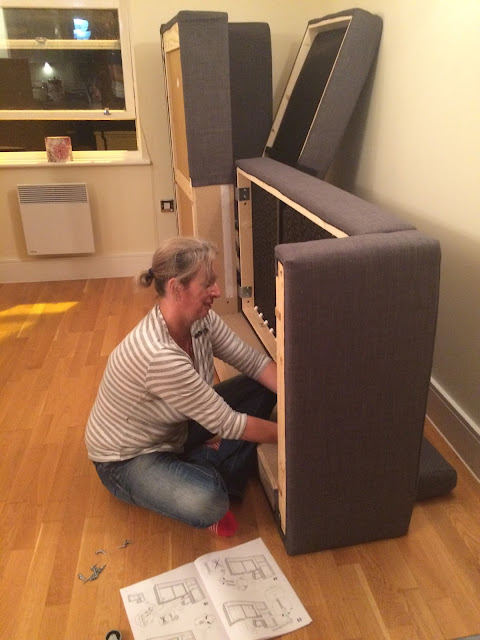 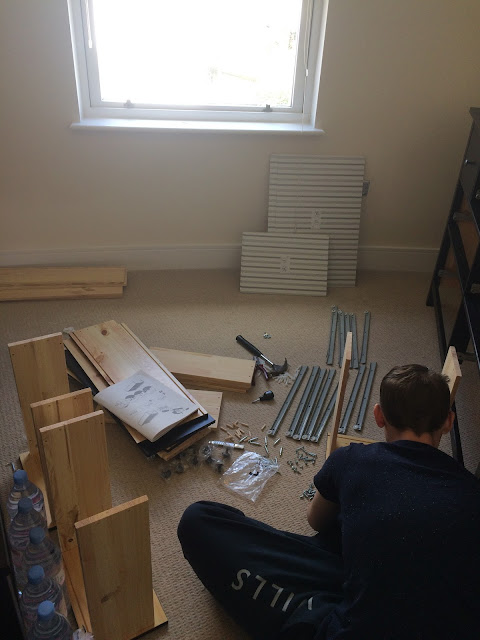 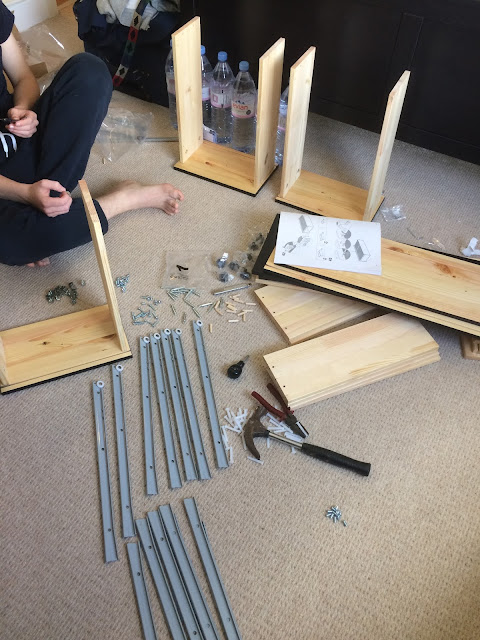 Now considering this was mostly Ikea furniture and that Peter and I had a few issues back in Dubai with deciding on what we wanted and placing an order online for the UK, it arrived on time, but we were unable to book anyone to assemble it for us, unless we ordered in store.

We didn't have a single argument, even though we lost a few bits and pieces, used the wrong bits at one part on the chest of drawers and had to undo the past 45 minutes of work, we had fun, we talked, I cooked us lunch, the teen washed up. There were a few distractions when a phone pinged into action as the signal was temporally restored and the need for me to nip to the pub where there was wifi to Skype home with Peter (have a beer). 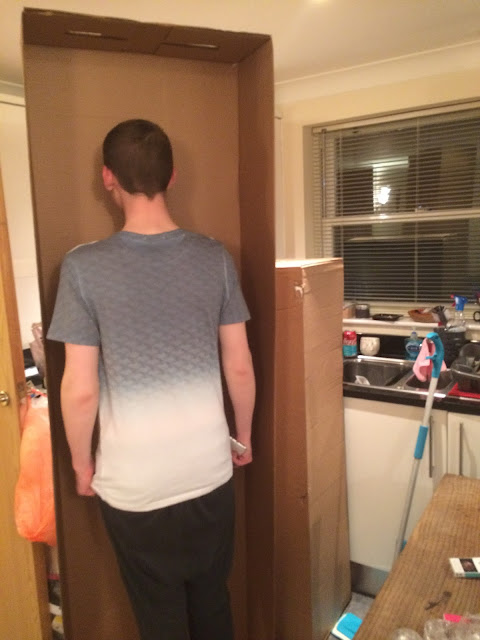 The cardboard loomed in the corner for 2 days until the teen finally had enough and cut it all down to take out to the car for the tip. 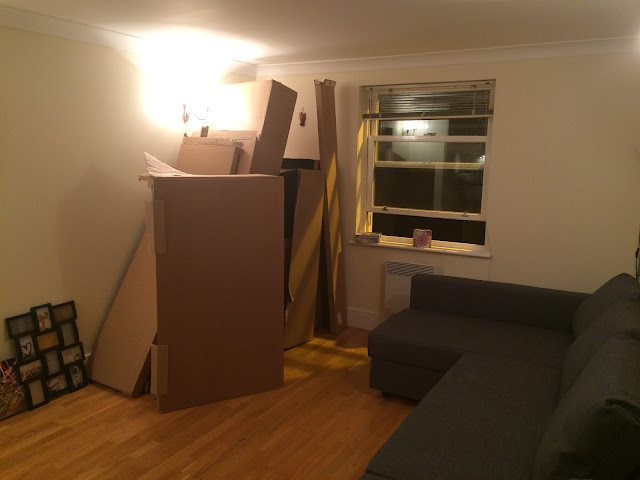 I'd hired a smart car, so the teen couldn't come to the tip to help, but the tip was closed when I got there so I took the cardboard with me on a day out round the Forest of Dean. 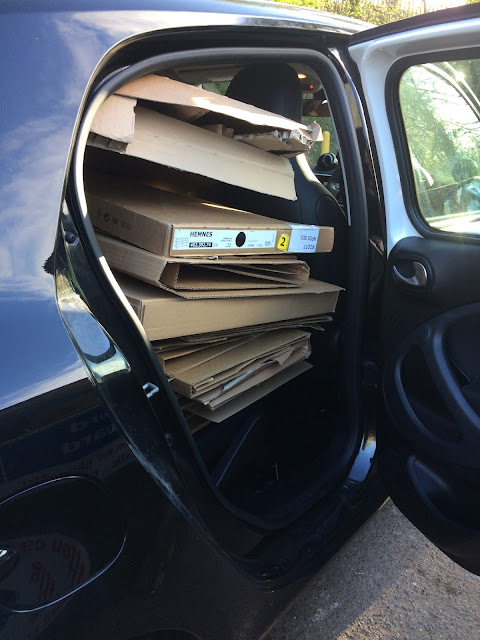 The teen returned to school and I had 3 nights in the flat, on my own as it should be without computers, screens, trailing wires and cables, with everything neat and tidy and put away, before I returned to Dubai.

Child 4 and 4a are staying there at the end of May for a week and I'm back the end of June, the teen finishes school 6th July and he is moving back in with me, complete with all his gear after 4 years in boarding school. At this moment in time I have no idea how long he is staying for, we're still waiting to hear about the apprenticeship route. 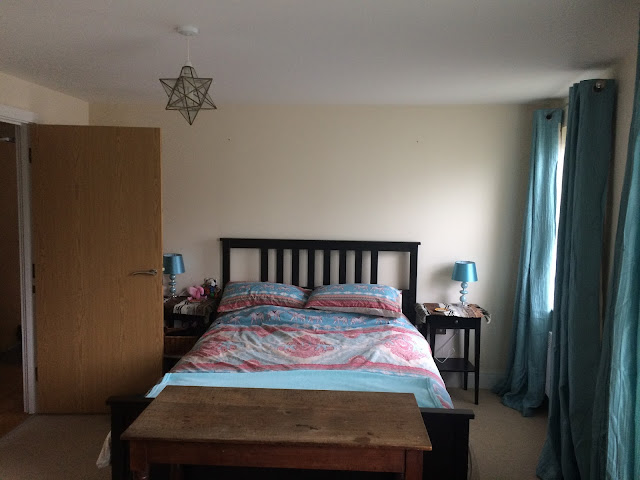 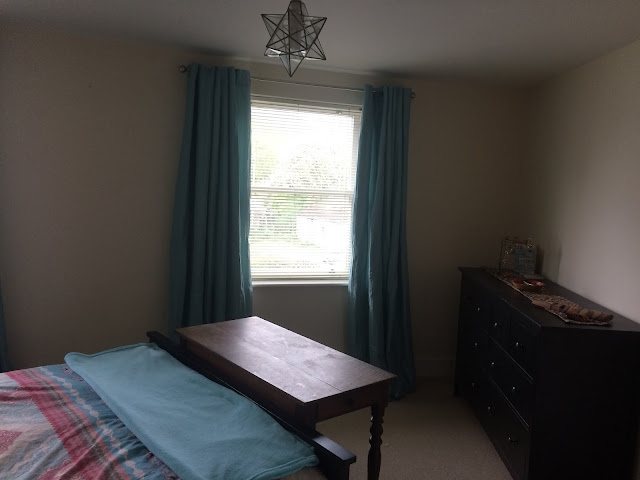 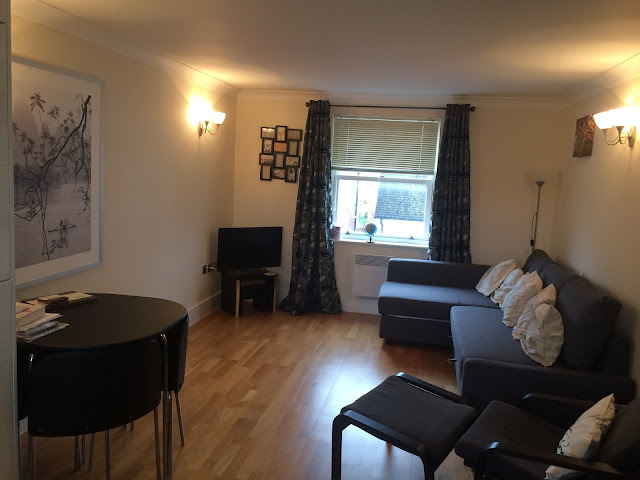 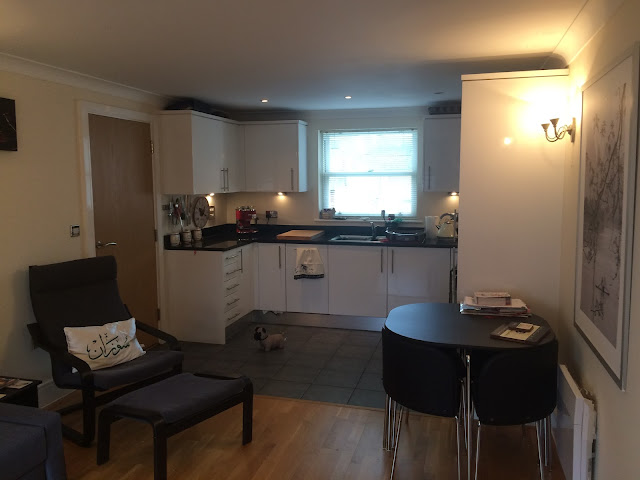 The teen won't actually be living in this flat, he will most likely be in a house share, where he may or may not have to pay monthly bills, share housework with others and generally fend for himself. If he does need furniture and bits and bobs for the kitchen/bathroom etc, it won't be anywhere near the budget we spent on the flat.

He did learn an awful lot in regards to setting up bills, the cost of things such as a TV licence, council tax, he set the timer on the water heater to conserve energy and reduce costs, investigated water and electricity supply companies for price, he set up a recycling system in line with the councils requirements and collection days, he budgeted for a weeks food shop and planned his meals while I was away.

Only child 3 & 5 have left home/school and gone to live independently, as children 2 & 4 joined the British Army and child 1 is in a residential care home. Peter left home and went to University, back in the days when it was free and I left school and went straight into work.