Deadly Nightshade in the garden

Back last year I was given a packet of Organic seeds, I had to register on a website and sign to declare I was an organic gardener. There were no instructions other than 'do not use chemicals' and no list of the contents.

I sowed the seeds, stood back and watched them grow.

At first I thought I'd planted potatoes, the leaves and white flowers looked familiar, then after 2 weeks away the plant had shot up over 3 ft and the good people on the internet declared they were chillies.

2 weeks later berries had appeared, so a whole new google search took place and here's what I discovered.

Deadly nightshade is the popular name for Atropa belladonna and as it's name indicated it can kill. It only takes 3-10 berries to cause a hallucinogenic reaction and 10-20 berries can kill an adult. The leaves and stem are also poisonous, and the deadliest part of the plant is the roots.

Potatoes, tomatoes and aubergines are part of the deadly nightshade family, hence why I originally confused the seedlings for potatoes.

What I've actually cultivated is Solanum nigrum or Black nightshade, which produces edible berries and is used as animal fodder around the world.

But then someone told me different.

Scroll to the last picture to see what I did next? 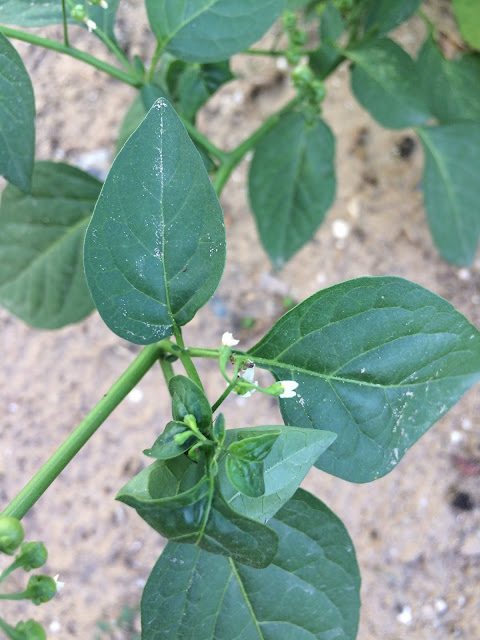 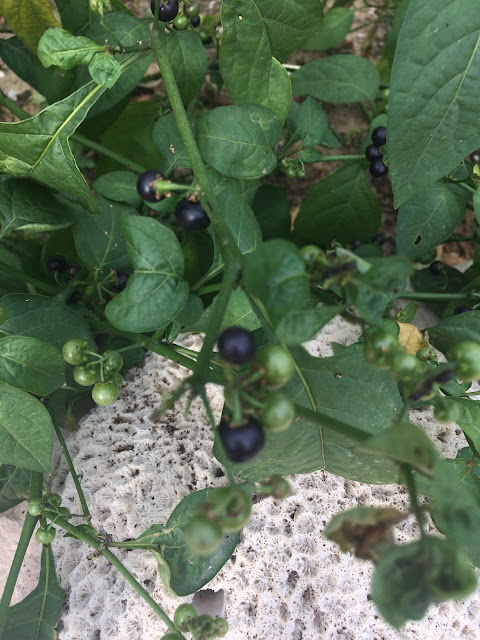 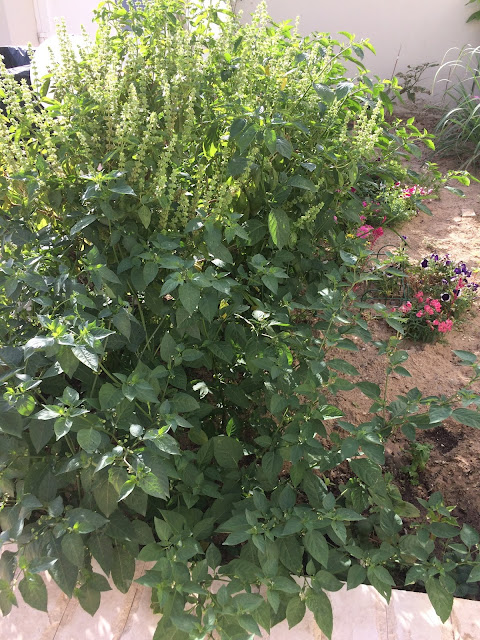 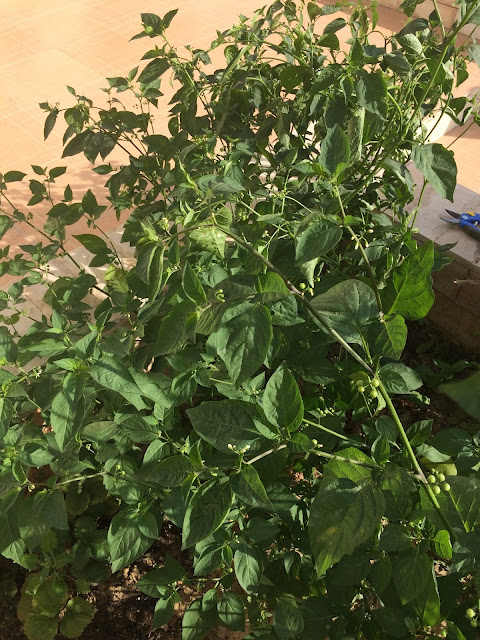 Putting on gloves, long sleeve top and trousers, I ripped it all up and chucked it in the bin.

I'm not prepared to take the risk....would you? 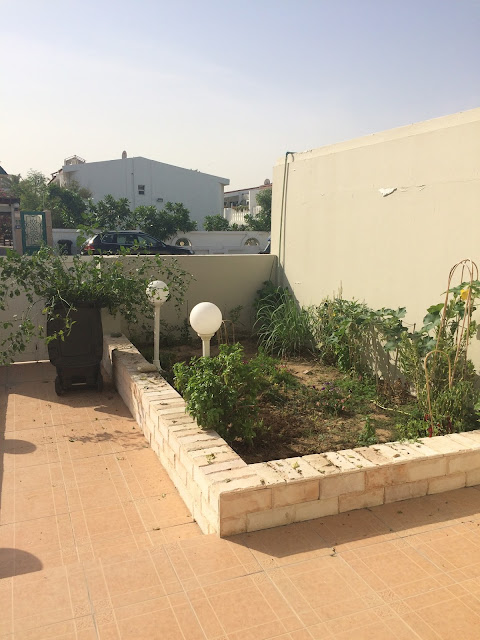