Why I don't believe in luck

Many people think I'm lucky to be living in Dubai, not working, where the sun shines and the financial freedom to support our children and to travel freely to visit them when I choose.

I don't think I'm lucky at all. I think this comes down to my husband having worked hard throughout school, obtaining a degree and choosing his career path that led him down the road of a working life abroad.

I've been told I'm lucky to have met and married my husband, but I don't think luck paid a part there at all, it devalues our relationship and says little about me really.

Saying my husband is lucky to have his job, undermines his hard work and his life choices. But then of course he did benefit from a free University education, but so did everyone else of his generation, including me, but I didn't take that route. I opted to go down that road with a student loan in 2005.

My kids are lucky though, they benefit from our hard work, but that luck is only the starting point, they have to make the next move, take that luck and continue to work hard, choose their own life paths and make their own choices.

My kids are not lucky because they have parents who can financially support them with their life choices, because we don't. We may have put our youngest through boarding school, but that didn't automatically buy him an education, he still had to physically and mentally put the work in. It hasn't opened doors into the world of work, he still has to go through the same channels as everyone else, application forms, interviews and rejections. He went to boarding school because his educational needs weren't supported in South Africa where we chose to live, it was a huge emotional and financial sacrifice to make that decision, but we weren't lucky we could afford that choice, we actually had limited choices.

Is he lucky because he can live in our 1 bed flat we bought while he waits to find a job? No. We only bought the flat because we needed somewhere to stay when we visited family in the UK, where I spend half my year, due to my husband working abroad. Our other children got to stay living at home in a family environment, got to come home from school/college each day to their family and a cooked meal. They didn't have to live on their own. Most of our friends with 18+ year olds either still have their kids living at home while they look for work or save for their future or are at University and can pop home on weekends. Ours can't, he's 3000 miles away.

I've been genuinely lucky twice in my life, where it hasn't cost me money or much effort. On both occasions involving free trips to sporting events. Filling in my personal details on competition forms and posting them off in time and relying on the 'luck of the draw'. I went to the Olympic games in Barcelona in 1992 and the Rugby 7's in Hong Kong in 2017. 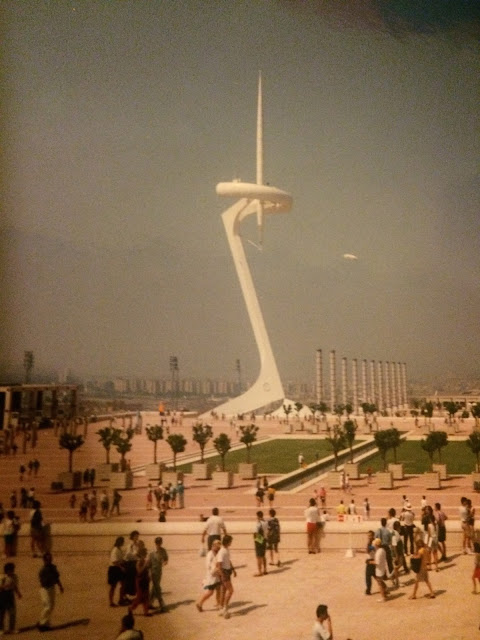 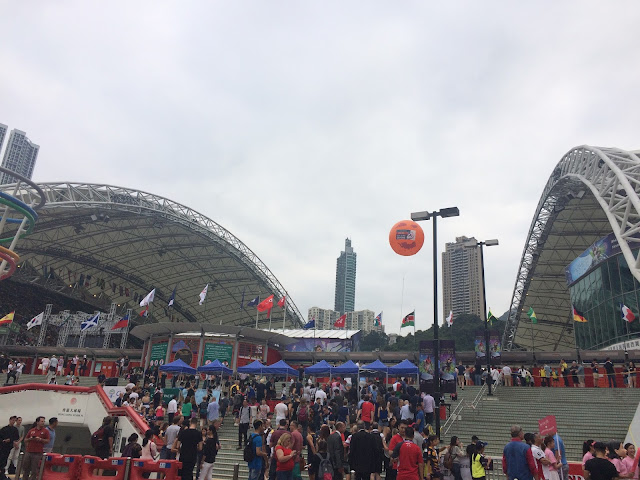 I've never been upgraded on a flight, but I've had empty seats allowing me to stretch out and sleep on a long haul flight. I've managed to bag the last parking space right by the door when I've been running late for an event and I sat online once for several hours to get Peter tickets for the Led Zeppelin reunion at the O2 arena in 2007, but that cost me £300.
Posted by chickenruby at 10:50:00