Exercising a dog in Dubai in summer. 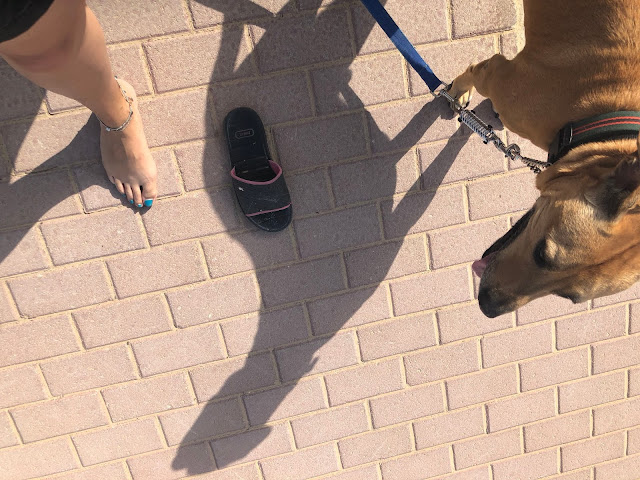 Between the end of November and the end of April, we walk outside, twice a day. In December, January and February, I walk Bob whenever the mood takes me or him and sometimes we'll have a 3rd walk in the middle of the day for something to do.

In March and April we walk according to the temperature, so usually within a couple of hours of sunrise and after sunset.

We're in June now. The sun rises at 5.30am and sets around 6.45pm. Before we set off on our morning walks, I check the ground temperature. In the same way you'd check a babies bottle isn't too hot before you give it to them. If I can't walk without burning my bare feet, then Bob can't walk either.

Between June-October, walks will reduce to almost none as the humidity levels rise, even walking after sunset, it's still too hot for Bob to be exercising in temperatures of 45c. I started to reduce the length of the walks and cut them down to once a day.

Bob has been enjoying a super long lead to go for walks around our neighbourhood. We do occasionally get tangled in a tree and there is some grass we can walk on, but most of it is sand, which gets as hot as the pavements. 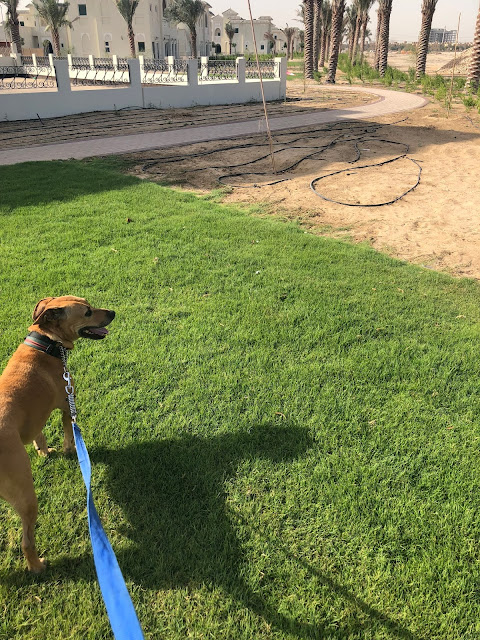 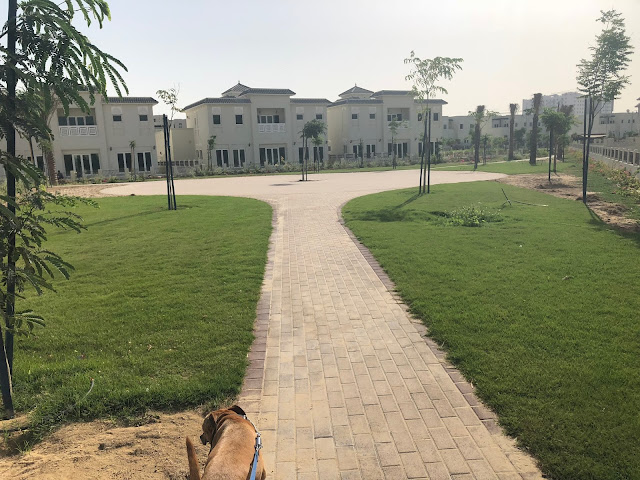 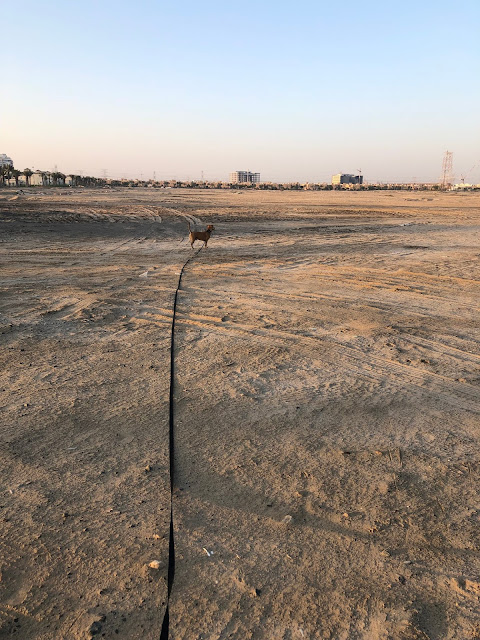 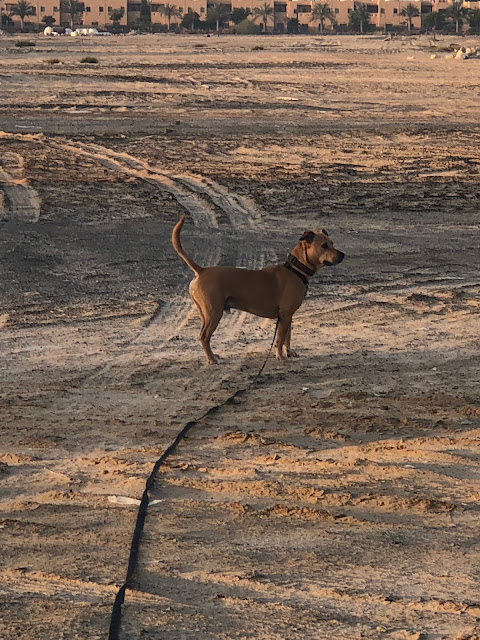 I also take Bob to a dog park once a week. There's an outdoor area with a pool, where I let him run off some energy when we arrive and he'll take himself off for a dip in the pool. 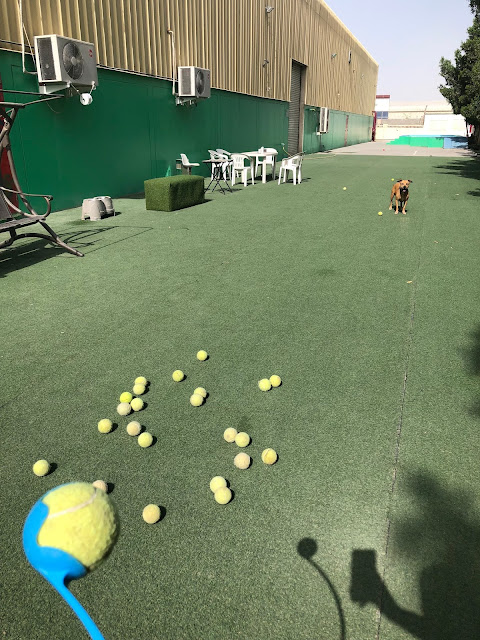 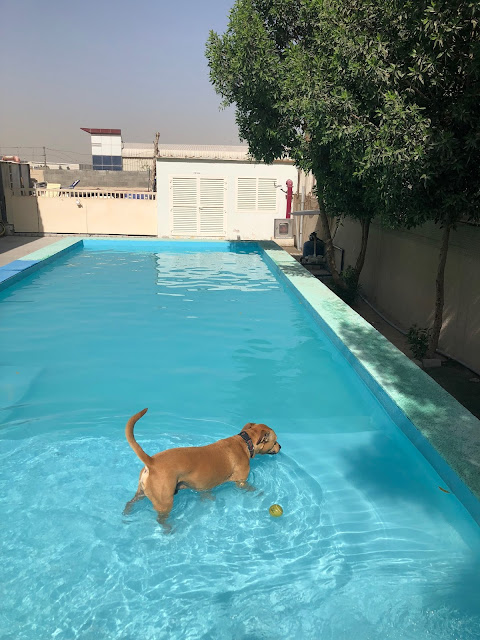 The indoor play area is air conditioned, with an indoor pool also. 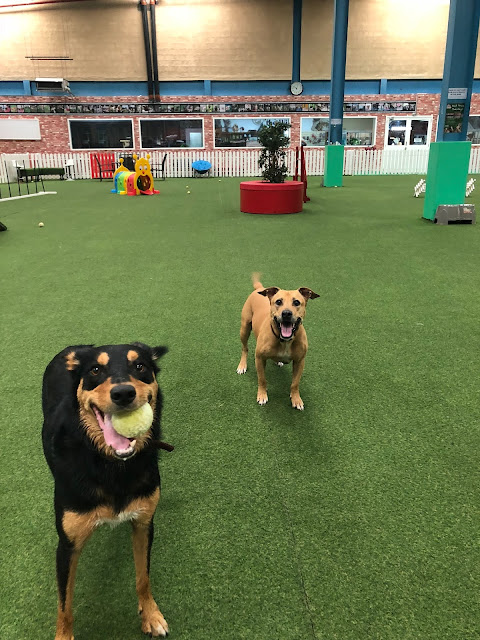 We have our own pool at home, with solid walls which I use to bathe Bob in. I'd like to get a bigger one for us both to use, but the garden is too small. 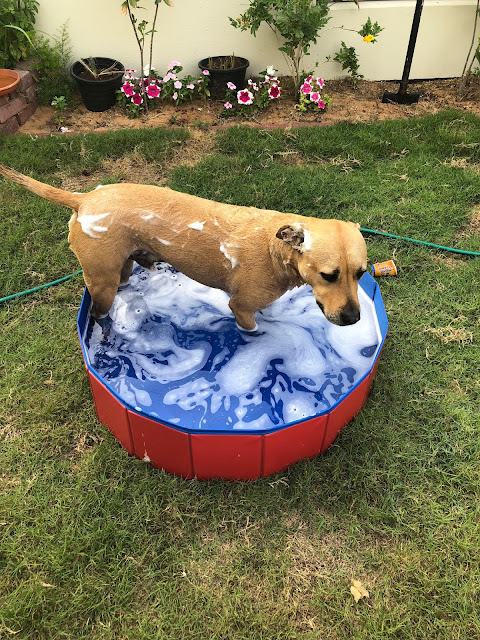 I'm in the UK now till the end of August. Bob will be spending most of the time in kennels. It's a large indoor play space, where he can mix with other dogs, get regular exercise as well as a comfy bed and food. He actually loves going to Doggie Day Care and is a regular visitor at Paw Parking.