As with everything in Dubai, it starts with 'The World's biggest/tallest/fastest/most expensive.'

But in the case of the Cayan Tower it is known as the 'World's most twisted building' with a twist of 90 degrees. Although it only held that record for just under 2 years before the completion of the Shanghai Tower. 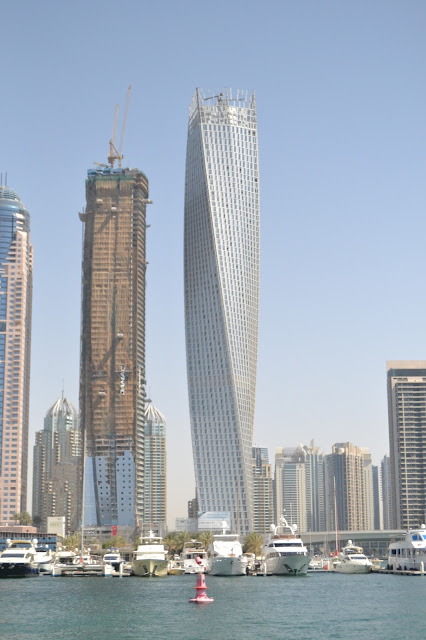 The Cayan Tower is located in Dubai Marina. It is 306ms tall and has 75 stories. It was designed by the same architectural company who did the concept design for the Burj Khalifa.


Viewed from the land. 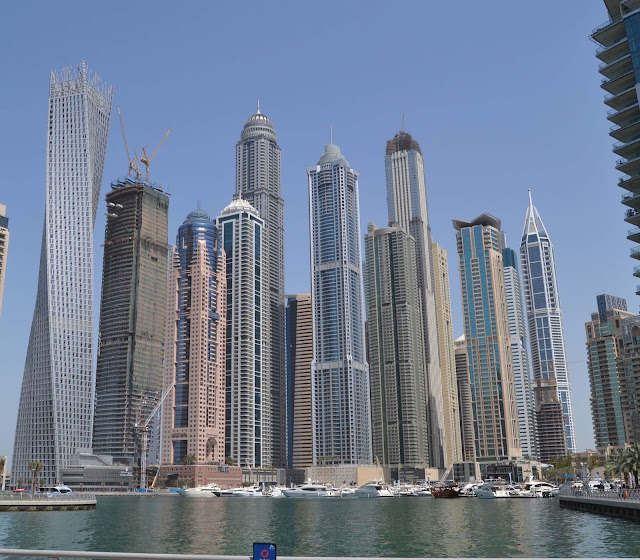 Viewed from the sea. 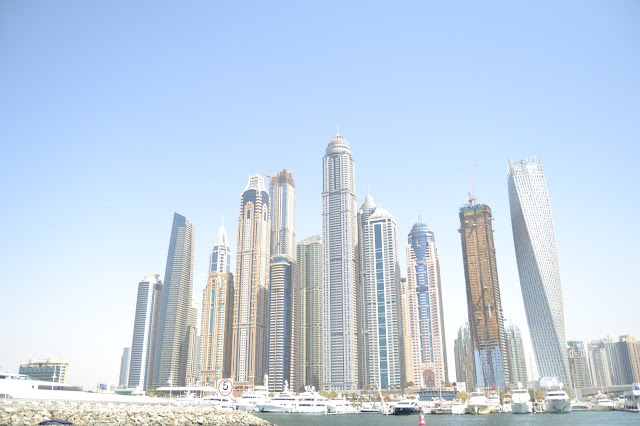 In April 2015, the teen and I sat at the base of the Cayan Tower for 2 hours, watching 55 year old Alain Robert aka The French Spiderman, climb the tower free hand, no ropes, no safety nets. 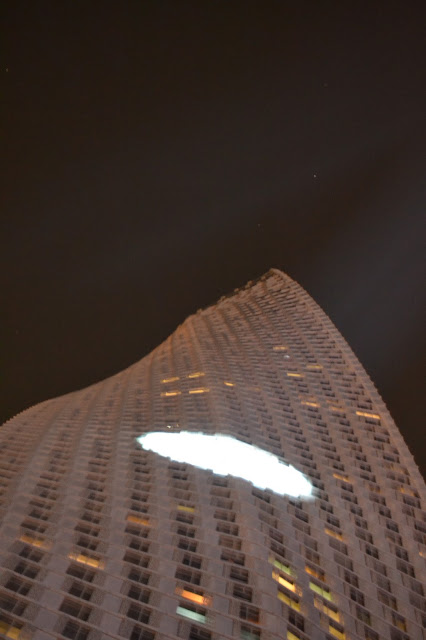 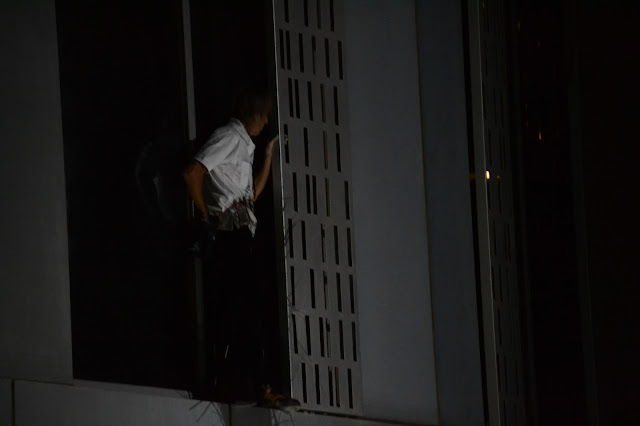 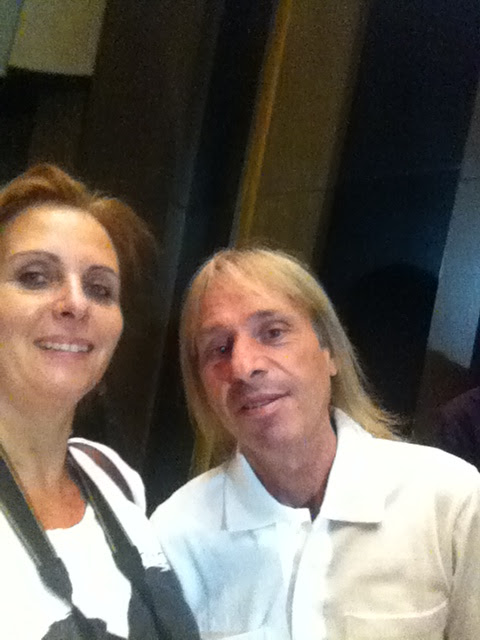