The Mother of the Groom with Compton House of Fashion

As the Mother of 4 boys, I potentially have 4 occasions as Mother of the Groom. The first of which is taking place this June 2018. The 2nd in September/October 2019.

This post is in collaboration with Compton House of Fashion who got in touch with me in March to ask me to share my experiences of finding a suitable outfit as Mother of the Groom and I must say I found their website extremely helpful. Although I won't be visiting their store as I live in Dubai and arrive in the UK only 2 days before our son's wedding, it was lovely to see the variety of outfits and accessories they have available. They feature a range of ages of models and offer advice on weddings and etiquette as well as running their own blog which offers help and advice for the Mother of the Groom.

Until Compton House of Fashion got in touch with me, I'd seen very little on the internet about the Mother of Groom. The high street shops focus on the Mother of the Bride and I seem to fall into Occassion Wear. 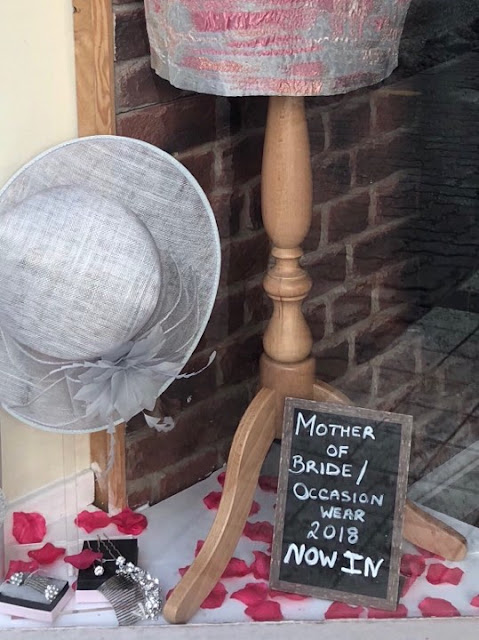 And that's where it ends. There is no role for me. Apparently I could write a letter to the Mother of the Bride, showing my interest in the upcoming event and as the parents of the Groom it is traditionally our role to organise the rehearsal dinner, stand in line after the couple to receive guests and to dance with the Groom during the mother-son dance. But I have no idea if this is part of the plan.

I'm sounding quite bitter. I'm not, I'm slightly bemused. I had thought in 2018 we'd done away with all this tradition and besides, my husband and I eloped as a) we wanted to do things our way b) we'd both been married before and been swept away with other peoples ideas of what should and shouldn't be happening and c) we'd just bought a house and didn't want or need the expense. I really hadn't given a lot of thought about my role as Mother of the Groom until now.

I did take part in making a booking for our son's suit fitting and order and paid the bill, but my thoughts on the large number of suits was not wanted and I recommended a photographer, an old school friend of mine. All I had left to do was transfer the rest of the money I promised into the Bride's account for her and her mother to spend as they see fit.

So we've handed over a lump sum to the Bride, replied to the invitation with our meal preferences and booked our flights and car hire.

Last month, son no 4 announced he was engaged also. But thankfully this wedding won't take place for a year or two and hopefully by then and after a friends wedding in July and our niece's wedding in October, I'll have this outfit choosing sussed out.