The summer has raced by, I've achieved so much, but it's coming to an end and before I know it, I'll be back home in Dubai.

Sounds ok some downtime, but my life alternates between super, hyper busy, surrounded by people to just me with nothing to do.

I've opened new Instagram @onedailypositive and Twitter @1dailypositive accounts for my #onedailypositive. I was getting fed up with family and friends commenting on my life, but not to me, word always gets back. Funny how most people have raced over to follow me there #FOMO I think. I used a phone number to set the account up and deselected fb contacts, but it appears as the 2 accounts run off the same phone it means everyone can I see I have a new account. How annoying?

MacBook Air now only works when on charge, full back up done and a new one will be purchased soon.

224 Sunday Said goodbye to Mary and the whirlwind, did the washing, remade the beds, packed for Greece as it's raining here the rest of the week. Went up mums for lunch with the family a Moving Tea party for my sister and niece who are moving to Gloucestershire next week. It was Child 2's bday and him and 2a came back to the flat afterwards before meeting friends at the cinema. When waving them off I spotted this lovely rainbow. 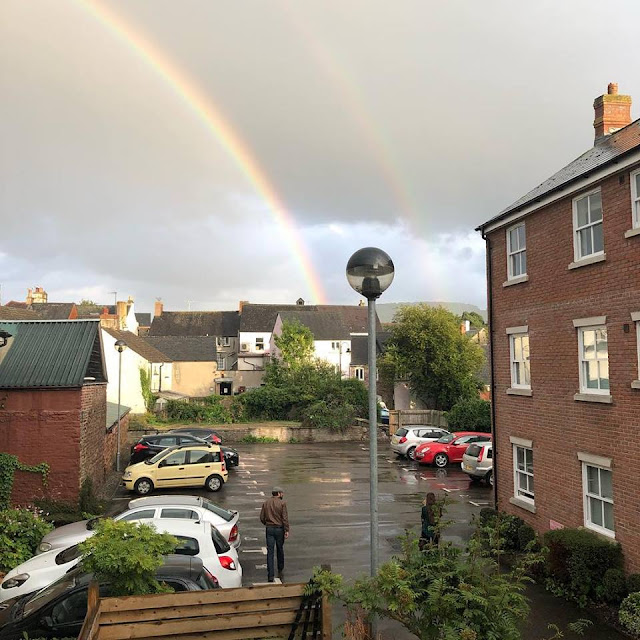 225 Monday I didn't wake till 9.30am, pottered around till mid day, went for coffee and in the evening walked to see my friend, she's off on Safari next month, on her own with 4 kids, I've lent her my camera and walking boots for her and one of the boys. Had an early night after a long, hot and deep bath. 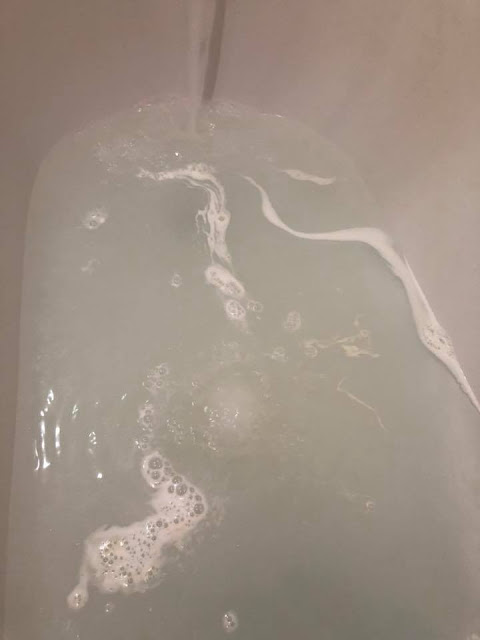 226 Tuesday Woke at 4am vomiting, I think it's food poisoning from last nights gammon, managed to get to the chemist, it settled around 2pm and I went to mums in the afternoon to meet the builders to sort out some remedial work they've been fobbing her off with since she moved in, in January. This is a result of all the dry weather we're getting, people are out more and leave their rubbish behind. 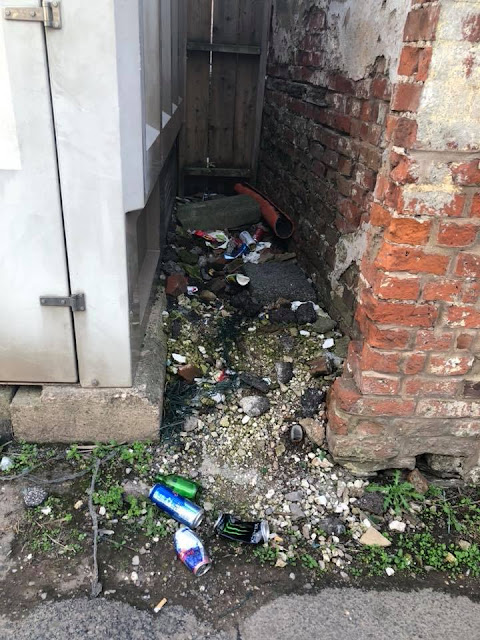 227 Wednesday The all important holiday manicure and pedi and new gel polish in the morning, coffee, visited child 2 and 2a, popped in to say bye to mum and return her car and had an early night. 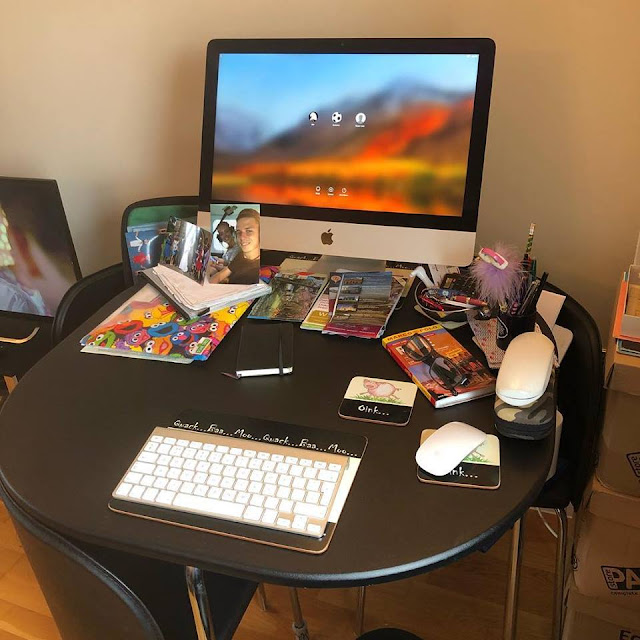 228 Thursday Caught the National Express Coach from Monmouth at 10.25am, arrived at Manchester airport around 3pm where I'm staying for the night. 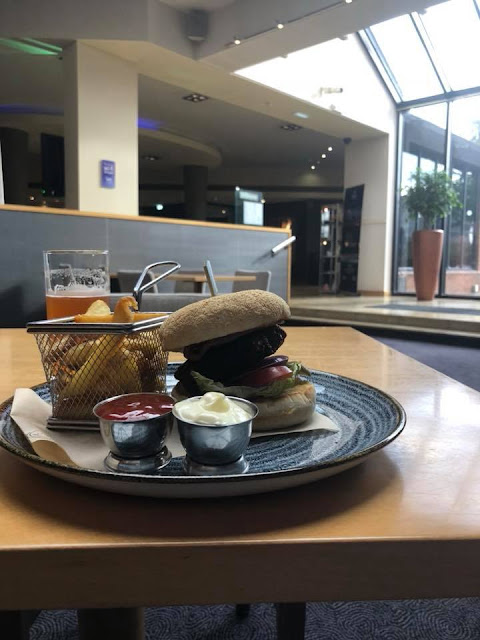 229 Friday An early morning flight to Greece, had 2 hours to kill till Peter's flight arrived from Dubai, collected car hire and drove to our self catering accommodation. It's not how it's described online but then we didn't pay for a 5* hotel. There's a whole blog post on the shower alone to come. 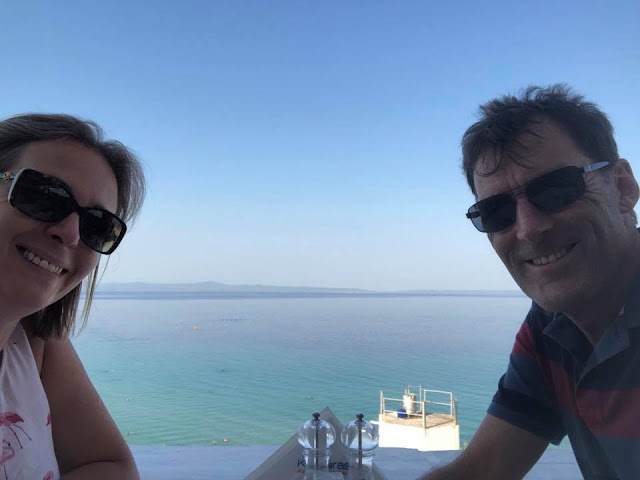 230 Saturday I didn't sleep well, but thankfully the area we are in was quiet well before midnight, but for some reason the cleaners were sweeping outside at 5am and by the time the bin lorry came at 5.30am and had a horn tooting row with someone else, I gave up. Peter fetched bread from the bakery and after breakfast we headed to the beach (another blog post on that to come) At midday we had lunch, a beer and the afternoon is being spent chilling out, before dinner tonight. 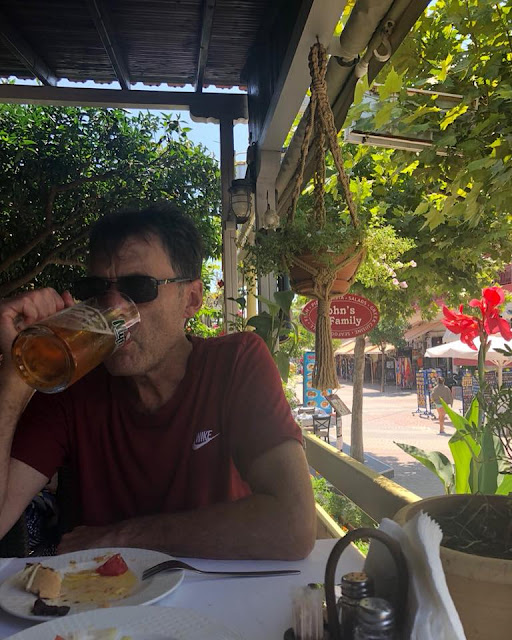 On the blog this week:
I've been thinking about retirement - What are your plans?
I'm back in South Africa next month - I've started fundraising
The train station back in Dubai is almost finished
I found a new blog linky to showcase my Creating a Garden in the Desert - #MyGloriousGardens with @oldhouseintheshire