Yesterday we started the slow process of packing for 14yo to leave South Africa and return to boarding school in the UK.


When we moved to South Africa in January 2011, we had a major sort out, we threw away all the crap, donated anything we couldn’t sell, handed toys over to play groups, family and friends.


When we moved within South Africa in June 2012 we did exactly the same. I can’t believe how much crap we had accumulated.


Yesterday, I emptied my son’s bedroom and started the whole process again. I found tools, a kitchen knife, long lost memory sticks and the missing odd sock pile. I dumped everything in the spare room and only returned to his room what he is either taking with him or wants to keep here for when he visits.


There was one small box of ‘keep sake’ stuff we put in the attic. 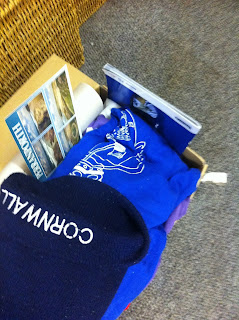 2 black bags of clothes and shoes he’s out grown for charity and toys. 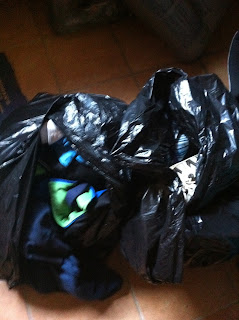 A boxes of paper, old school books etc for recycling. 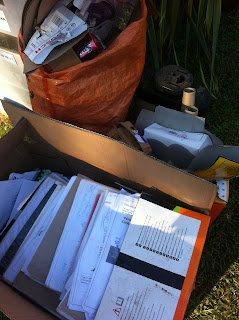 Box of educational supplies for donating to charity also. 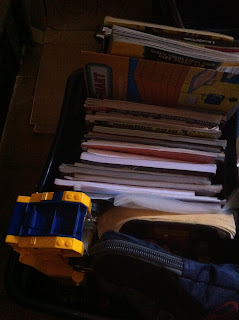 I went to the airport on Thursday to collect hubby from his business trip to Cape Town and made enquiries as to how we can transport his music technology equipment over to the UK, inc 2 huge speakers, smoke machine and missing desks. It will all fit (apart from the speakers) in a suitcase, but even with cling wrapping the case, I fear it will all go missing if it goes through the usual channels. OR Tambo airport is notorious for stuff being stolen. 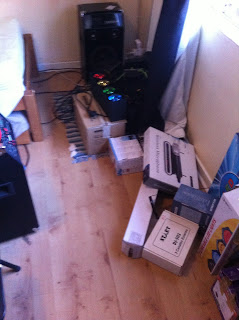 He’ll leave a lot of his summer clothes here as he’s back for Christmas and probably won’t need them in the UK till next year. He has a laundry basket full of Panda teddy bears that he doesn’t play with anymore but can’t bear to part with and there’s all the Lego and K’nex that goes back to when I was a child, that has been added to over the years to stay behind. 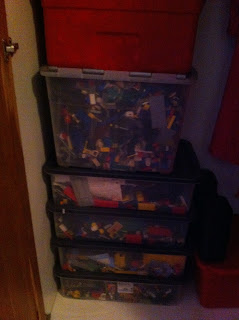