Taking care of pets during Summer in Dubai

I spent 3 weeks in Canada, which meant I left hubby with the cat and dog for 3 weeks.

Hubby was working everyday which meant the cat and dog were on their own in the house on their own from 7am till 5pm, Sunday till Thursday.

They bonded, this is a photo hubby sent me in the first week of the pair of them. 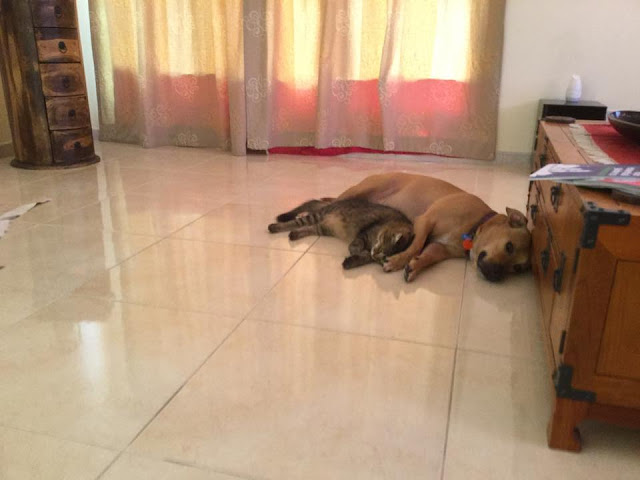 The cat hasn't had a good week, it started with a poorly eye, it must have been irritating her as she would come to me for it to be wiped. It cleared up in around 3 days and there seems to be no lasting effect. 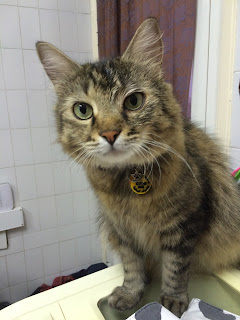 It's also the middle of summer and during daylight hours it is far too hot to let them outside without supervision, so our once outdoor pets have now adapted to be indoors all day and they seem to be coping very well.

Pushkins sneaked out the door on Saturday when I put the shopping away, it was 2 hours later before I realised she wasn't in the house. I felt so guilty and I nearly passed out from the heat looking for her.

The Cat suffered with heat exhaustion on friday. We keep her inside during the day but sometimes she sneaks out and has been outside for 2 hours she has been licking her self to keep cool. Cats sweat through their paws. She was too exhausted when I found her to walk and I've brought her back and she let me put her in a bowl of luke warm water to cool her down and I wrapped her in a damp towel. I've never seen a cat pant like this before. She made a full recovery and is still trying to sneak out in the midday sun. 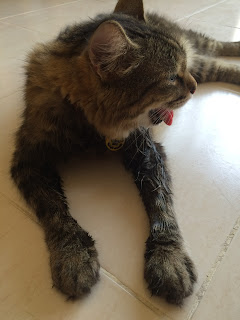 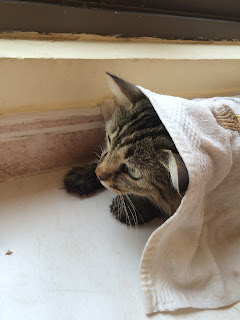 We do of course take Bob out for walks every evening and do early morning trips to the lakes in the desert.

He is getting braver with the water now, up till now he's relied on another dog bringing his ball back to him as you can see from the first video he just won't go out of his depth. 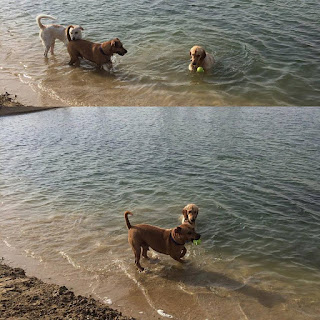 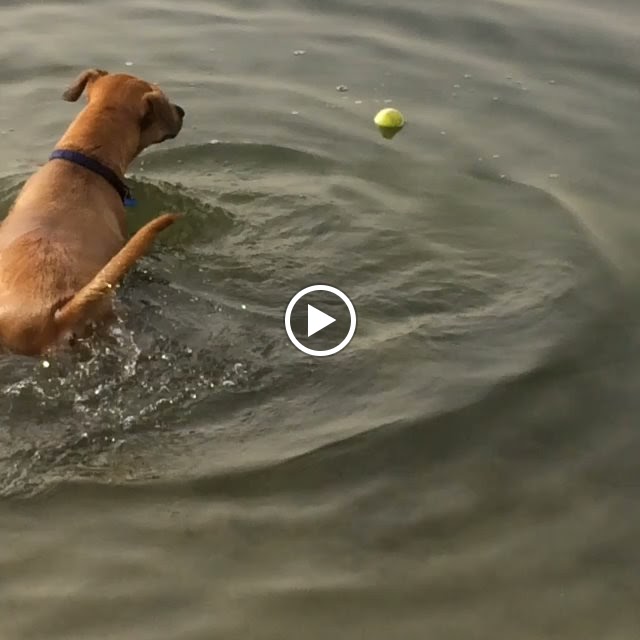 This is Bob the day after in the desert, he seems to have overcome his fear very quickly.


They also like to spend early evenings on the doorstep, getting some fresh air. 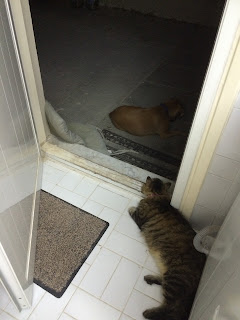 Every time I see this stray I wonder how she is managing to live in this heat. There are mice in the garden I assume she eats and I leave water out for her and the birds, but I can't take her in, she's too wild. 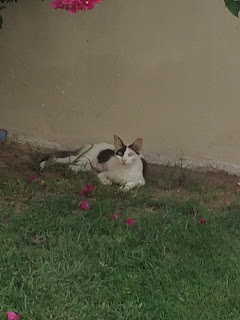