This week hasn't started well. It's always the same after time with family and/or friends, whether I visit them, like I did in canada for the last 3 weeks or if they come here.

I hit a low, I'm back to being on my own in the day and find it hard to motivate myself. So on Sunday, after dressing and doing my hair and make up, hubby dropped me at the local mall, with my laptop and some money for a coffee, so at least I'd be out the house and not feel so lonely while he went to work.

Starbucks are only doing takeouts for Ramadan, so while I nipped in the supermarket, hubby purchased a coffee for me (it's against the law to drink in public during daylight hours in Ramadan) he didn't have one as his would've been cold by the time he got to his office and he dropped me back off at home.

I'm was doubly sad today on Monday as hubby went to the UK for a week, returning after Ramadan which ends on the 17th and a) we've had only 7 nights together since the 24th of May and b) I will pretty much be housebound and therefore on my own all week, as I can't cope with this heat and go without water when out and about.

So recognising that being on my own, is a trigger point for my depression, I've wrote myself a time table for the week, which I had every intention of sticking to until:

Monday after dropping hubby at the airport and found Costa was open, although screened off, I drove to Mushrif Park, where they have outdoor pools and shaded areas. However opening hours have been changed from 8am - 11pm to 11am-11pm, this was not on the website, neither were the opening hours of the nearby Mall where I thought I could shop for a few hours before returning for a swim. I arrived home at 11am and went to bed. I spent the evening rearranging bedrooms for my 16yo son's visit in 2 weeks so he can get the internet without running a cable round the house and decided that apart from a walk to the post box, maybe an evening swim in the sea, I'll pretty much just accept I'm stuck at home all week.

I also planned my week around the photo prompts and on Tuesday I had planned to take the bus to the souk and visit the beach for a swim. I ended up at the garden centre early evening, I didn't make it to the beach and a bought and assembled a book case for my photos.

Wednesday I intended to do some sewing but instead went to Dubai Mall and visited Bobbi Brown for a make over demonstration. I left caked in make up and looking 10 years older with yellow skin under my eyes instead of black bags that I went in with. I never made it to the beach.

Thursday was spent cleaning the house and as if it wasn't hot enough I decided to have an oven cooked dinner. I finally managed to get to the beach for sunset, walked Bob and chatted with the neighbours.

Friday was Eid al Fitr, the end of Ramadan. I spent the morning out in the desert with Bob and friends at the lakes and put the plants in the garden, then after a sleep in the afternoon I caught the bus and train to the beach front near Dubai Marina for a fantastic firework display and enjoyed dinner for 1 at The Real Madrid Cafe.

Saturday I was up early, watered the garden and was back from the beach after a swim by 7.30am, by 10am I'd done the food shopping and by midday the ironing was done. 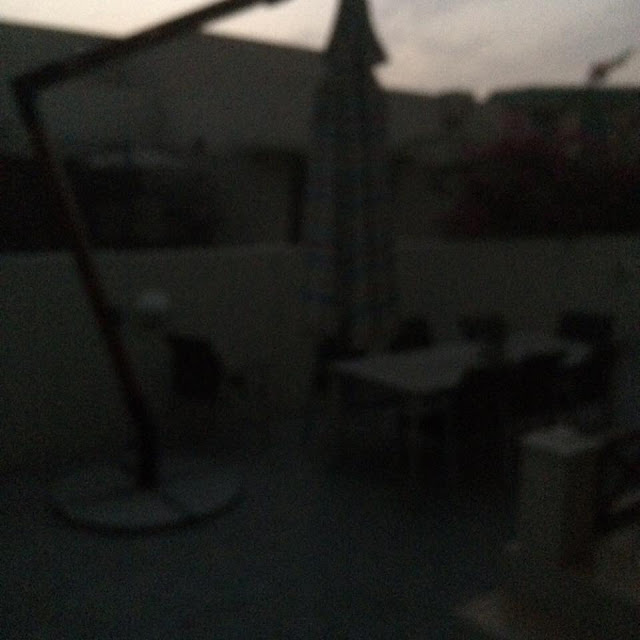 Up EARLY to get some gardening done JUST because it's too hot during the day in Dubai. 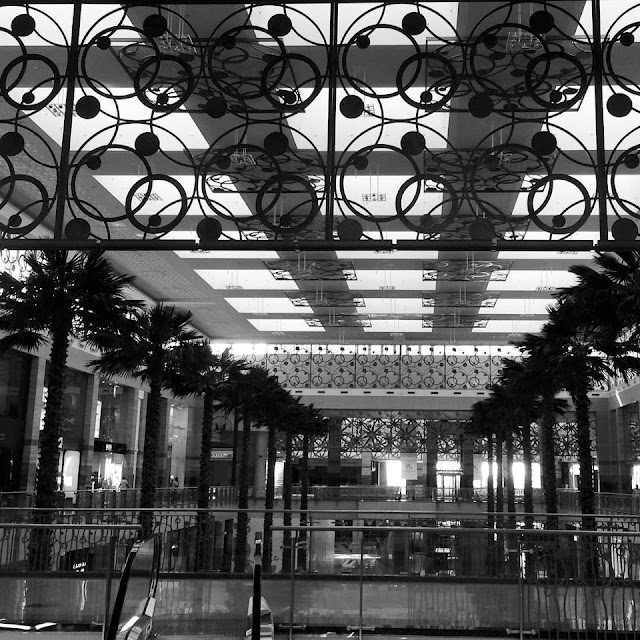 Today's photo of calm was going to be the outdoor pools at Mushrif. I dropped hubby at the airport at 5.30am found a coffee shop that was open and headed off to Mushrif for 8am. But no, due to ‪#‎Ramadan‬ it doesn't open till 11am, so I drove to several malls but they're all opening later during Ramadan, but it doesn't say that on the Internet and each place has different opening hours, there's NO consistency. I am currently anything but Calm right now. Although the mall I'm currently is is empty, quiet and calm, so I guess this picture will have to do. 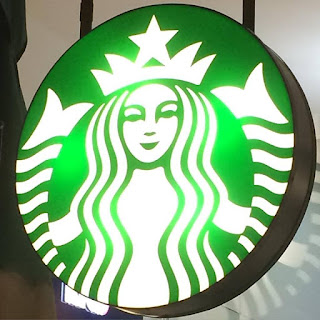 It's #Ramadan and therefore it's illegal to eat/drink/smoke in public during daylight hours in #Dubai. So as the roads get chaotic at the time of breaking fast and at 45c during the day, my pattern is to walk to my local coffee shop to escape from my daily cabin fever. 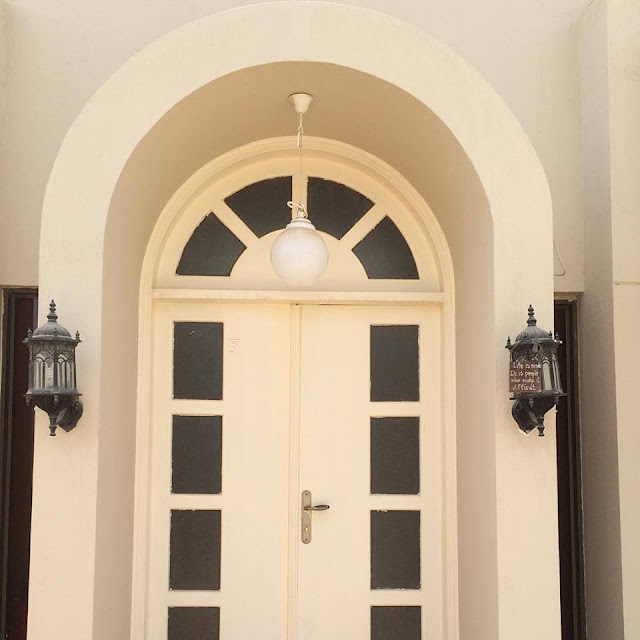 The ceiling in the house is only as high as the actual door, so why bother with glass panels in the arch? In fact why is there an arch at all? The void above the door contains the air con units. It's on my mind as to whether the door and arch came before the aircon was installed or if it's just for decoration? #NeedToGetOutMore 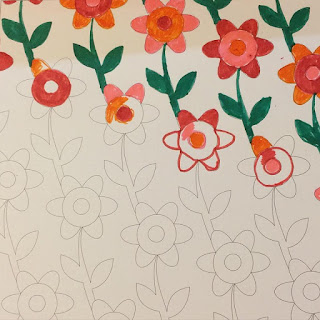 I've never been any good at colouring in or even like it, but to fit the prompts for today (can't find a single tulip anywhere) I've opted for a Bright Flower Tessellation. 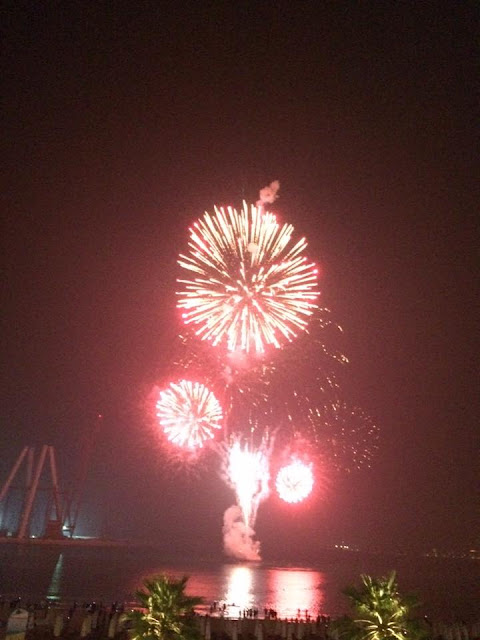 Today is the first day of Eid and to celebrate I went to The Beach at JBR in Dubai to watch the spectacular fireworks. 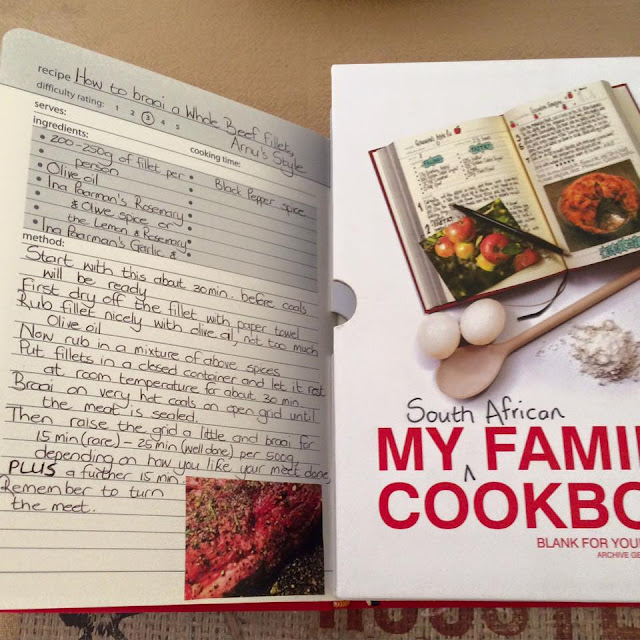 Having a tidy round this week, I came across this cook book, hubby was given by his colleagues on leaving South Africa. 'There's nice dear' Today I opened it and it is full of their hand written favourite recipes. This is a braai recipe, the word South Africans use for what most of you know as a BBQ.