Driving toWater World on the Palm, you have no idea of the real shape of it unless viewed from the air, it's a bit messy at street level. There is also a tram that runs to the Atlantis Hotel and I'd recommend that if you did visit that this would be your best way to reach the hotel. At the end of the day there were massive queues for the park and ride and after waiting 30 minutes, we opted to walk back with the rest of the queue. 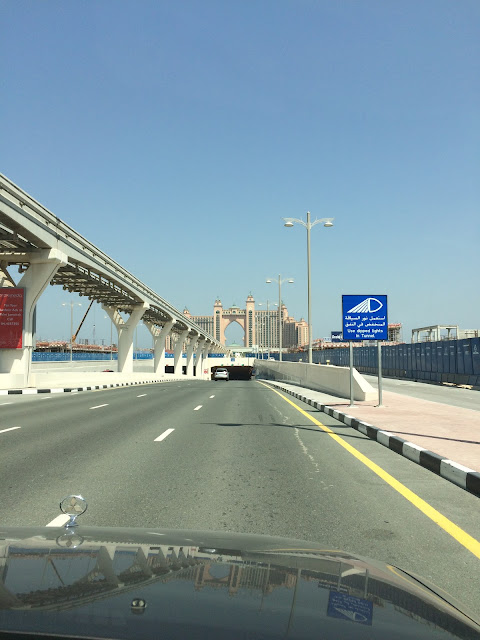 Although some people prefer to arrive in style, we parked where we were directed to and then walked to the bus stop for the free shuttle bus to the hotel that arrived frequently, was air conditioned and clean. Shading was provided while queuing. 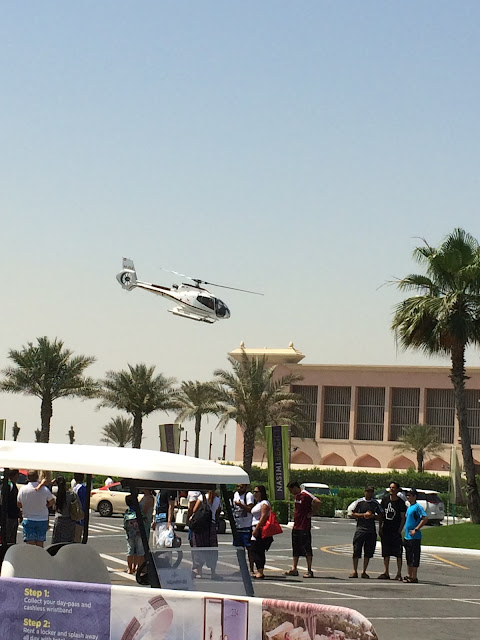 We took advantage of 50% discount tickets and visited on a Friday. the tickets were booked online, therefore you'd think that the staff would know how many people will be arriving and have more than 4 counters open for pre sales. It was disorganised, hot and uncomfortable.  I was annoyed having emailled in advance to ask for what we could and couldn't bring in with us and was informed no food, cool boxes or water. Obviously cool boxes weren't allowed in and despite bags being checked there were plenty of people with their own picnics. There was also a sign saying that each guest could take in 1 litre of water each. 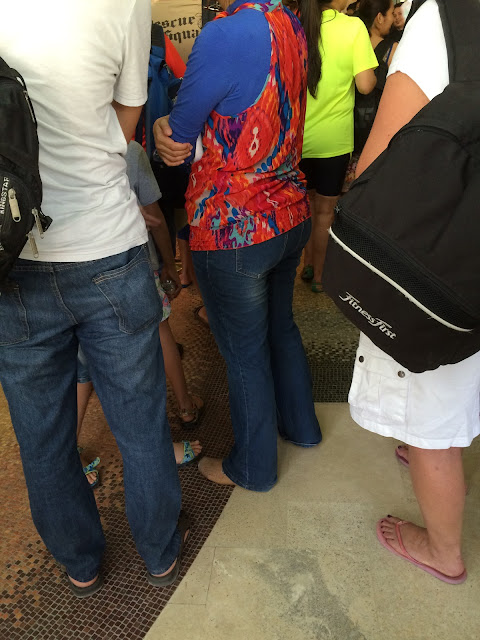 On arriving at the counter with print out and bank card used to make the booking there was a list of optional extras one could buy, meal deals, lockers etc. Now this would have been handy to have known whilst waiting in the queue therefore saving even more time on people having to decide what extras they wanted and in some cases holding up the entire queue until all family members had been located and asked one by one what they wanted. 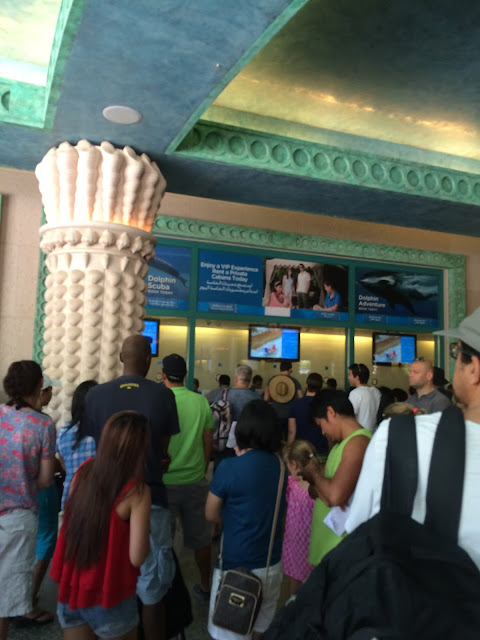 There were plenty of sun loungers available and free to use and no one seems to mind when they were moved into the shade. The sun loungers pool side were taken but it was noisy round there and besides once you got on a ride it was a long time before you returned to your lounger and one on the beach, in the shade was much nicer. 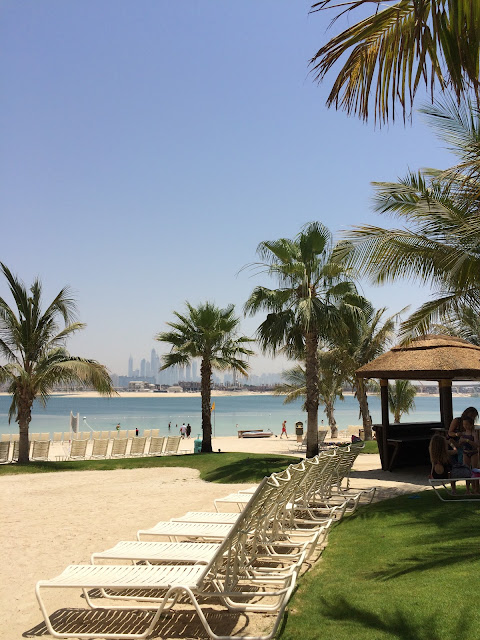 The rides were fantastic and on the whole well managed in regards to the queue and people around to stop queue jumpers. A few more direction signs as you approached each ride would've been nice. 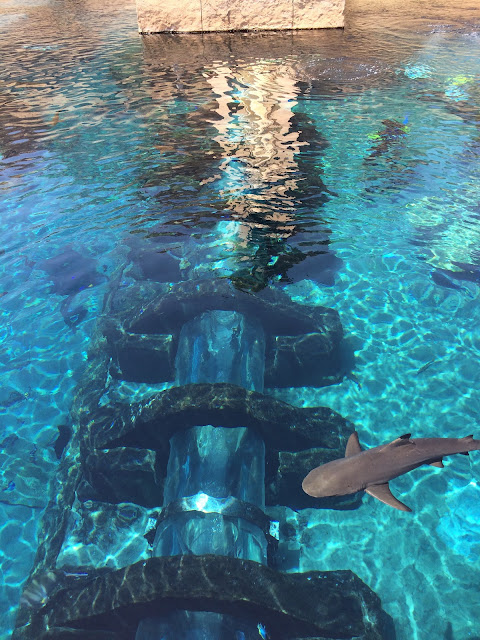 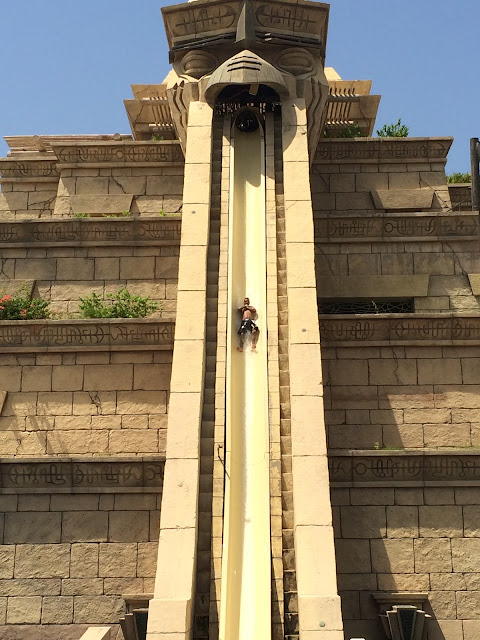 It wasn't cheap inside, this cost me 50AED around £9. Ice cream and a bottle of water, especially when you could buy a meal deal of burger, fries and soft drink for around the same price. 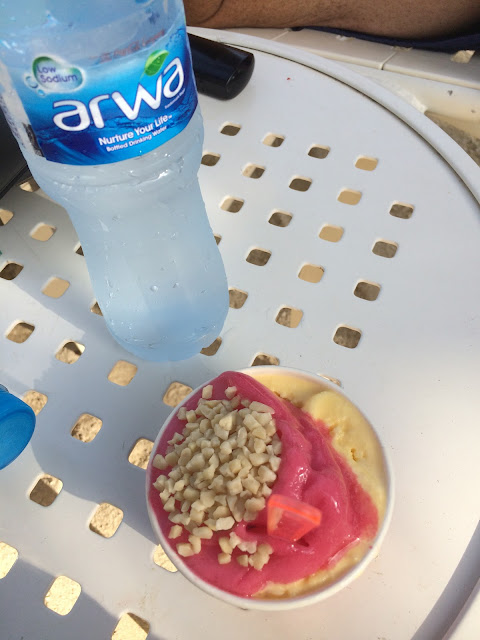 The grounds themselves were very clean, tidy and offered some fantastic views, it was peaceful and relaxing sitting on the beach front. 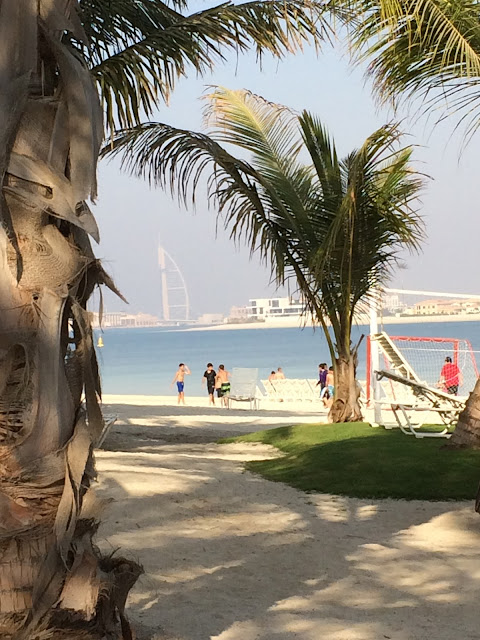 On leaving the park at the same time as everyone else it was not possible to have a shower or use a cubicle to get changed in, people in the queues had been there for around 40 minutes and the whole changing area and toilets were dirty and over crowded. We had planned on eating at one of the many restaurants on our way out, but instead drove home and had beans on toast.