I spent 5 days visiting friends in Wolfratshausen, south of Munich. I spent 2 days wandering around and exploring the city. I do believe Munich has become my favourite city in the world and I'd love the opportunity to live there one day.

Munich City Centre isn't as big as I thought it would be and it was lovely to discover St Peter's tower from where I could get a view of the city from above.

Built in 1368 with the 91 meter spire added in the early 17th century, on the site of an old church, which was destroyed by a fire in 1327.
Prior to that date there was a pre-Merovingian church on the site, who around it lived 8th century monks.
The tower is commonly known as Alter Peter and is the oldest recorded parish churches in Munich and it is said the whole city was built around the site and was established in 1158. 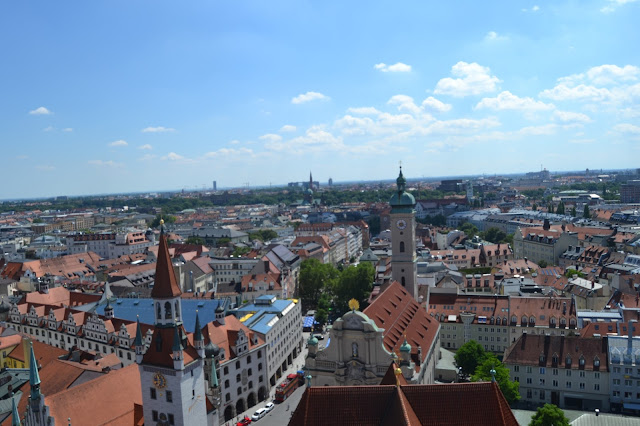 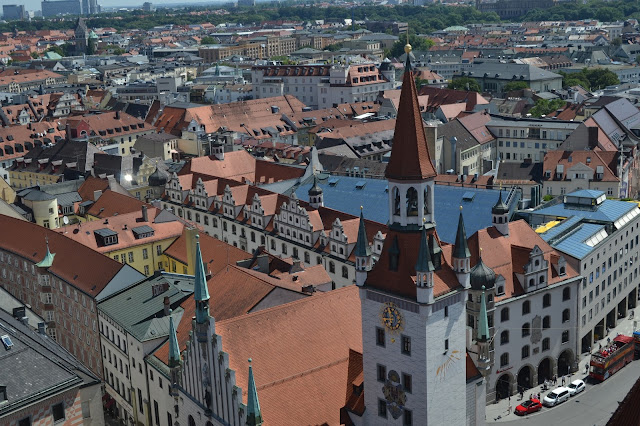 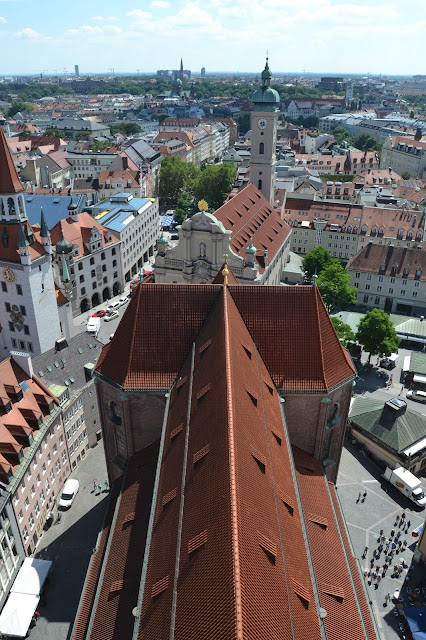 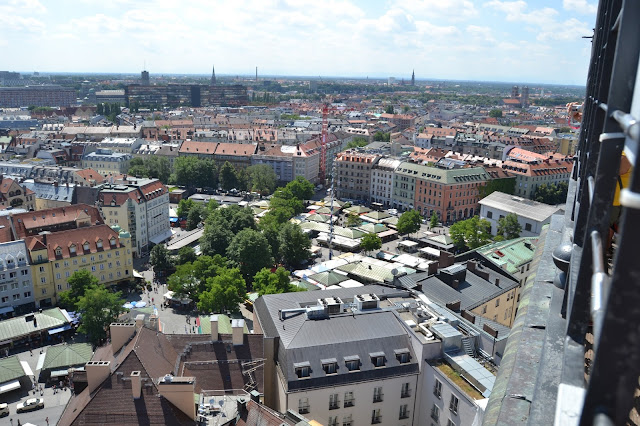 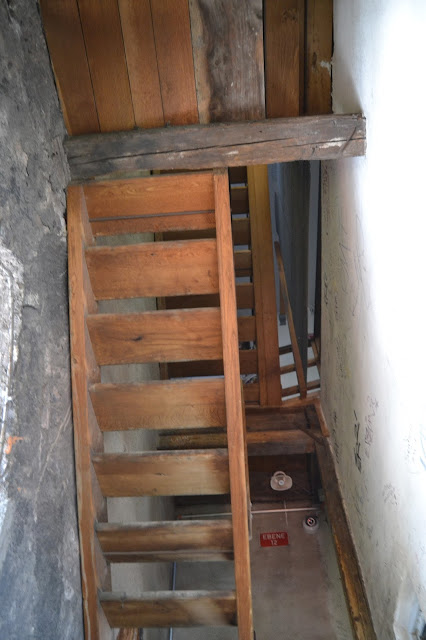 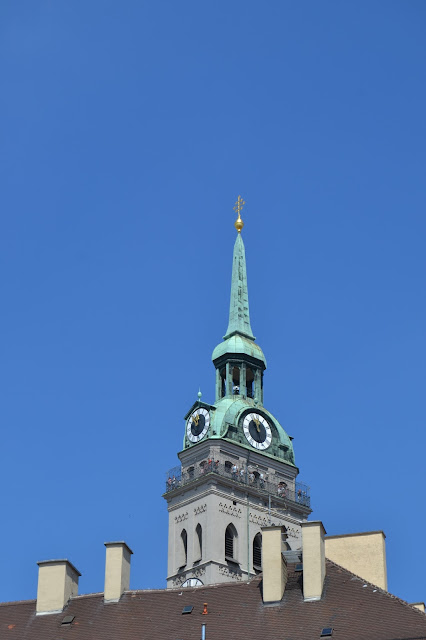 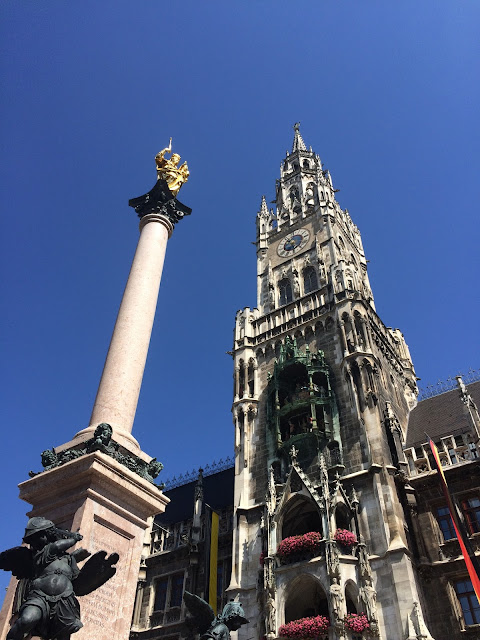 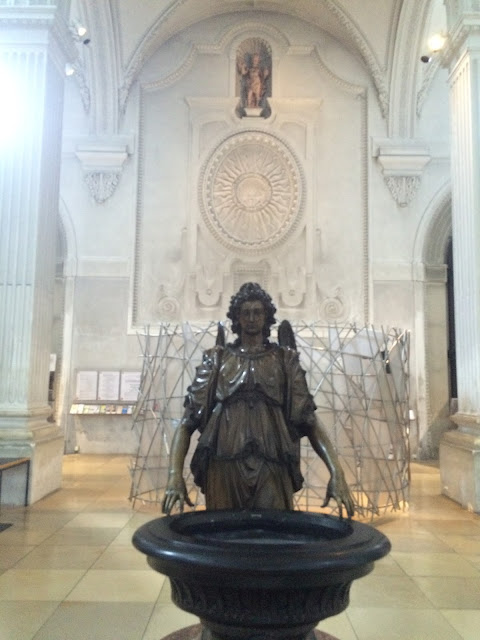 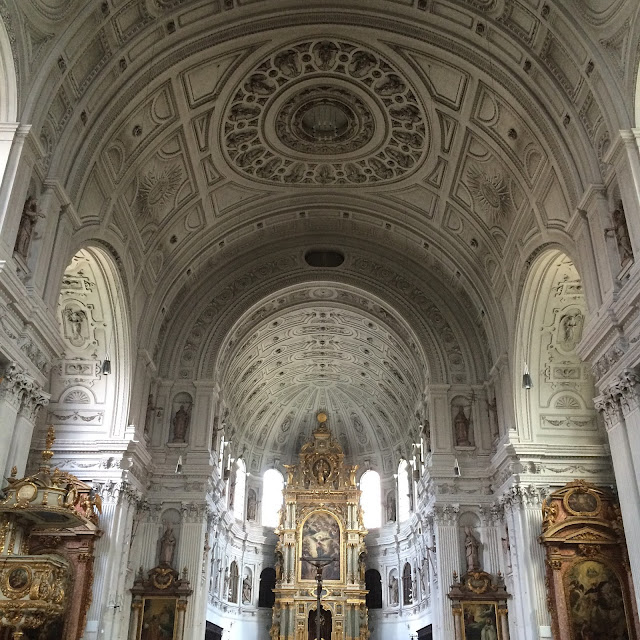 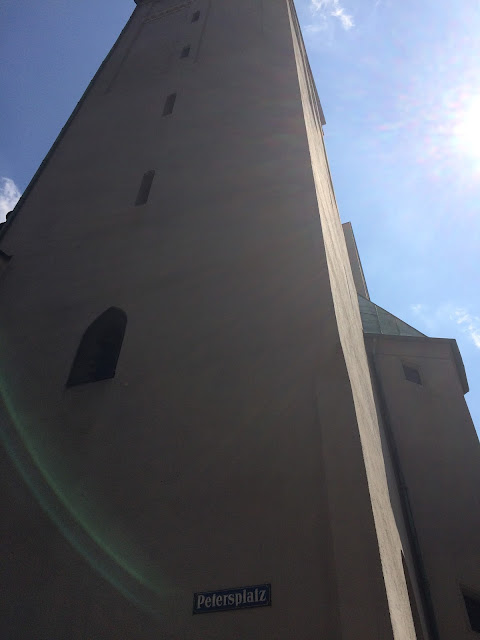 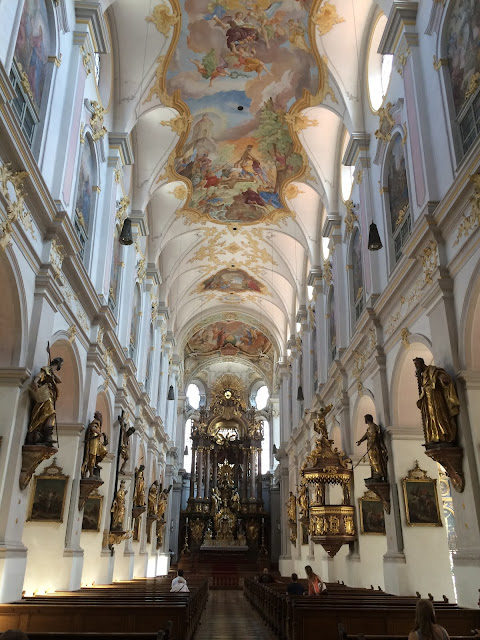