When the magic of christmas is no longer there.

In December 2010 we moved out of our home and into a hotel ready for a new life in South Africa, we're now in Dubai and the past 6 years have meant Christmas has been in the sun.

I know that Christmas is in the sun for a lot of people, but after 39 years of it being in winter time, it's still very strange for it to be so hot.

I just don't get in the festive mood anymore. I love walking around the malls and seeing all the decorations, I buy and wrap the gifts, I write and send cards in September to family and friends around the world to ensure they arrive in time.

The advent calendar I bought myself was only opened for the first 10 days and that was on day 10. 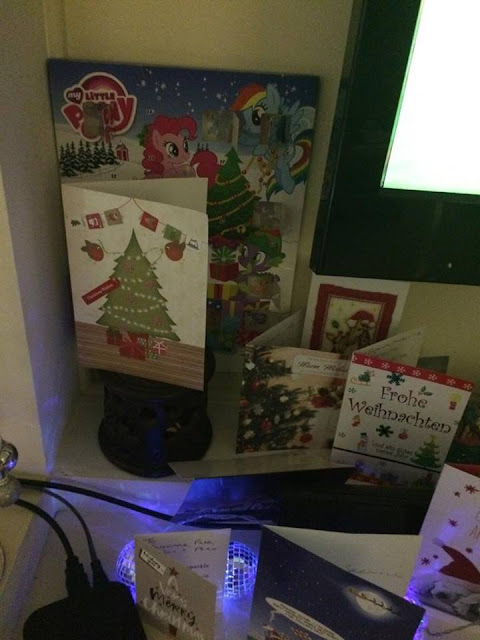 Only 2 of our 5 children were still living at home when we left the UK and as we've both been married before, all 5 of the children would often spend christmas with their other parents, so the day itself stopped being magical a long time ago, but the build up was still there and what ever day we held Christmas on, I still felt more than I do now.

I still did him a stocking and there are gifts under the tree for the youngest and our niece who arrive tomorrow night.

The build up to Christmas has left me, gifts are wrapped with the labels intact and receipts are often included. There's no one to share the excitement of the build up, although I did sneak into the 21 year olds room with a stocking which I know he appreciated. 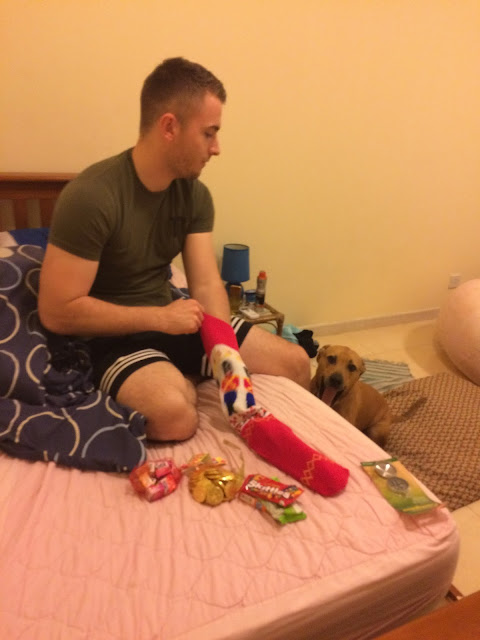 Even if we'd stayed in the UK, we'd still be on our own for Christmas, we popped to my Grans for a couple of years, when the kids were away, we went to friends and shared christmas with their families or we popped to my Mum and Dads or Peter's mum for a few hours on the day.

But something has changed this year. On our return from Christmas brunch at a hotel, Peter announced he'd have to go to work today and didn't return home till 6pm. Dan and I hit the shops for the sales and then spent the afternoon on the beach. 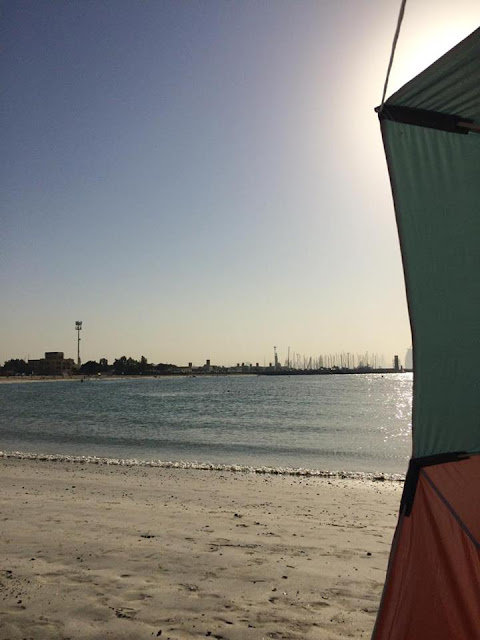 I guess at 45 with all my kids grown up now and left home that things will always be like this from now on. I'll just have to find a way to liven things up a little for next year, maybe go away and remove the expectations, but it won't be back to the UK. If I'm going to spend the next few years living in the sun, I think we should go somewhere where it snows, even if it's just the ski dome down at the Mall of Emirates for the day.
Posted by chickenruby at 21:41:00