Mixing the old and the new - Coventry Cathedral

I've not visited Coventry since the mid 80s and from memory it's not changed at all. When I mentioned this on social media there was an assumption that my comment was negative, it wasn't. I meant there had been no development, the city remained unchanged in terms of architecture, yes a lot of the shops were empty, but that is typical of most towns and cities up and down the UK these days.

Coventry Cathedral was bombed during the blitz in 1940, which destroyed most of the city centre, which was rebuilt in the 1950s and 60s. Only the tower, spire and outer wall and the bronze effigy and tomb of the first bishop of St Michael's Cathedral was left standing, originally built in the late 14th and early 15th century.

The current St Michael's Cathedral was built alongside the ruins joining them to form one church in the early 1960's. My access for photos was restricted when I visited due to filming of Nativity 4 in the Cathedral grounds. 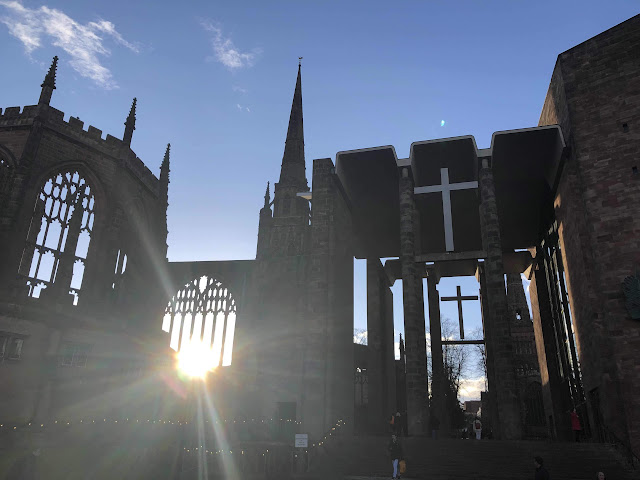 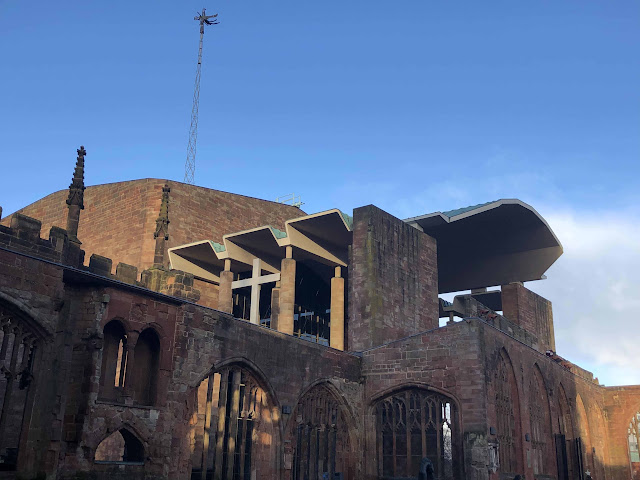 I always enjoy visiting churches and cathedrals when I'm in the UK, mainly because the buildings are old and full of character, something I don't see in Dubai, where everything is modern and new.


You can see the other building projects in Dubai and around the World, I've been following below: