These are the nests built by the Weaver bird of which there are 57 different varieties and they are related to the Finch. Constructed by the male who hangs down from the bottom fluffing his feathers to attract a female for breeding. males have several different partners and typically build up to 25 nests over the breeding season from September to January. The design of the nests prevents invaders, such as the cuckoo, from leaving their eggs there for the female to hatch.

They are common in most South African gardens that I've lived in or visited. 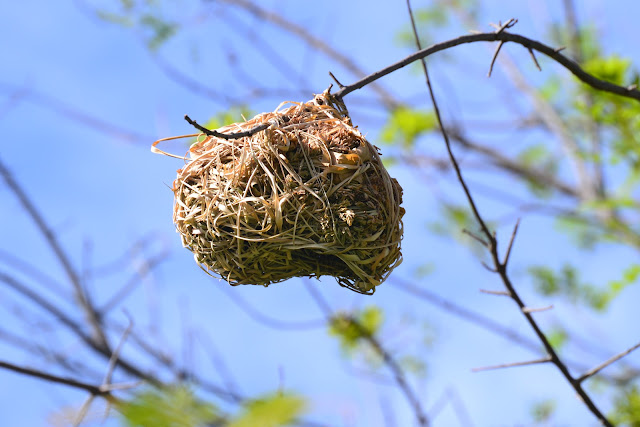 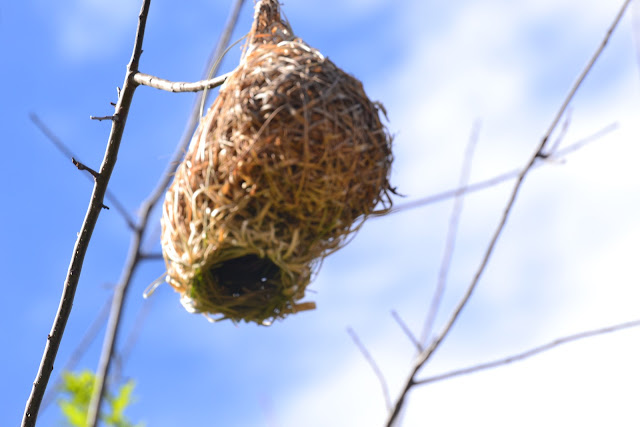 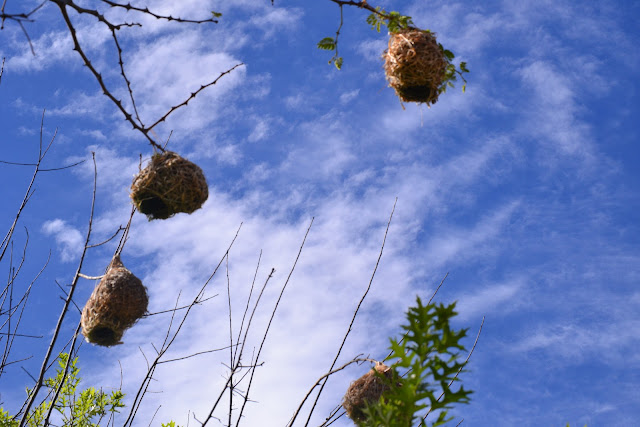 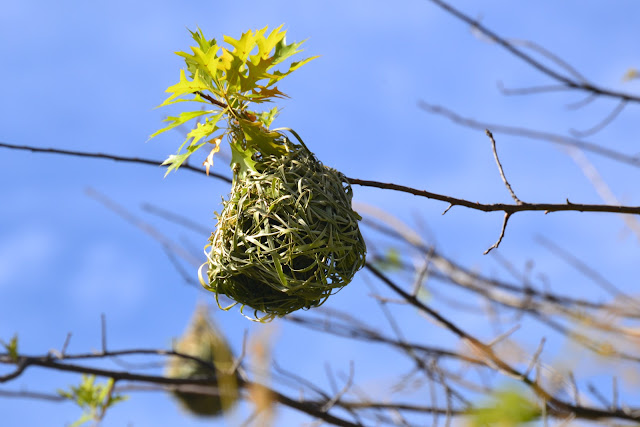 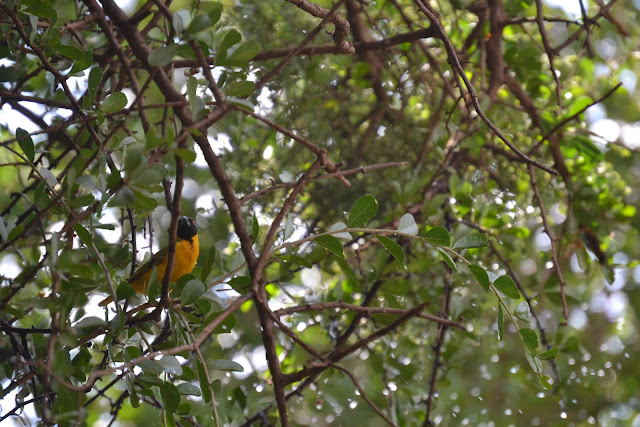 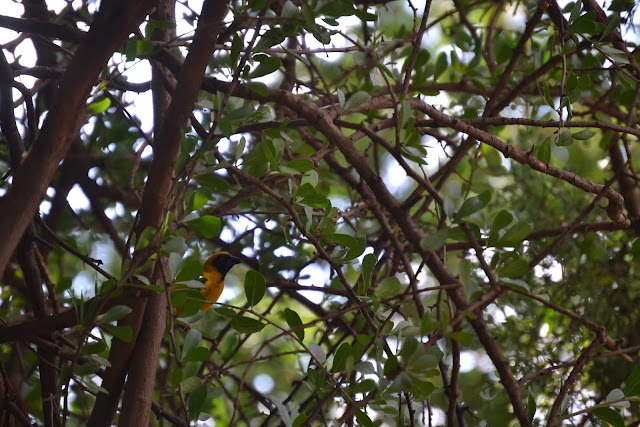 While I was visiting a friend over a weekend we just sat in her garden and listened to the variety of birds and attempted to identify them with an app on my iPhone, we weren't too successful and I didn't have the right lens on me to capture too many photos I could use on here, but I did manage to capture these photos of a Brown Headed Kingfisher and an Eastern yellow-billed Hornbill. 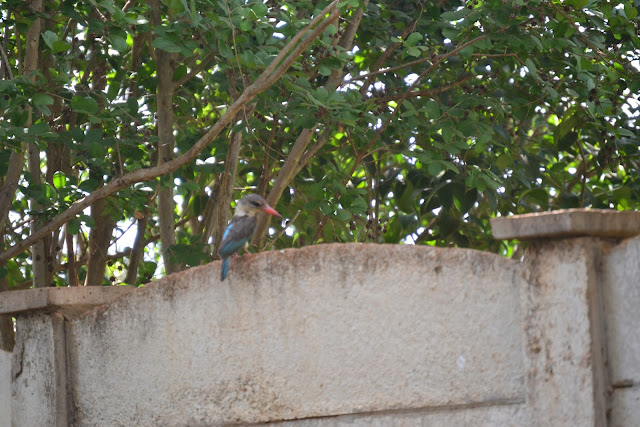 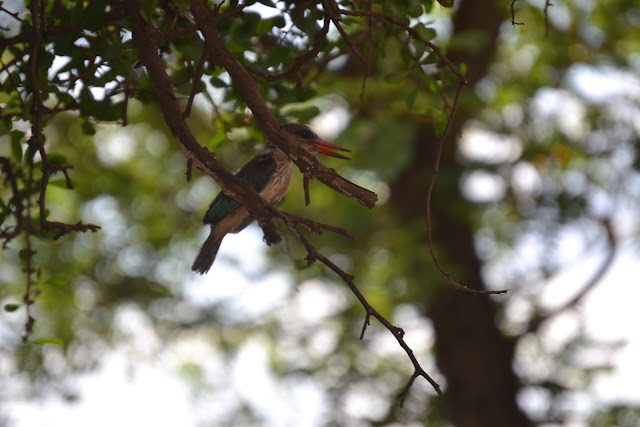 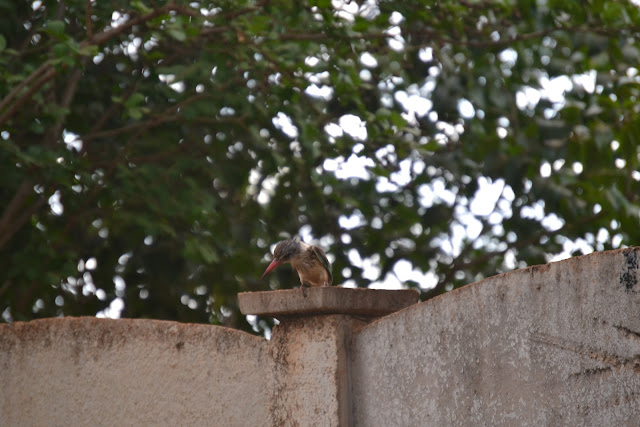 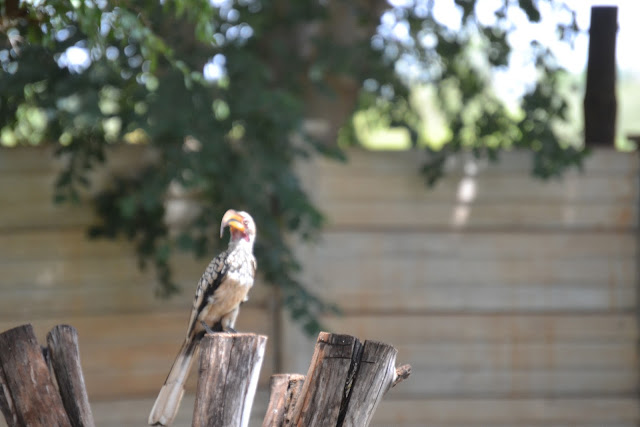 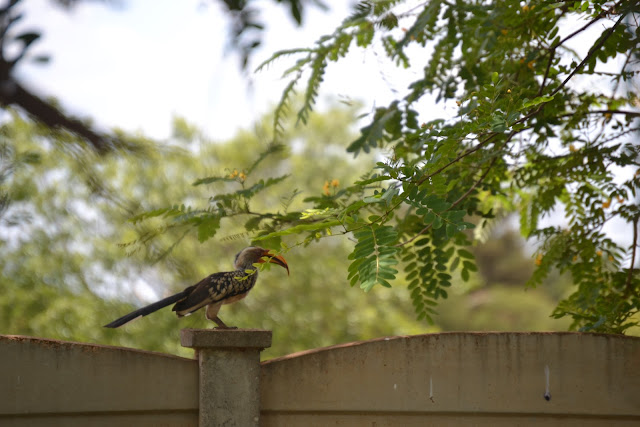