Oh my what a week, anyone that thinks volunteering is easy should've joined me this week, there have been days I've been so exhausted i've just sat and cried. There is still so much to do for Santa Shoebox to ensure every single child gets  a box that has been promised and that's nearly 7000 of them.
Sunday was operation wrap up, we started at 8am and got home at 10pm. We had to check and scan boxes and pack them into cartons ready for collection on Tuesday, the hall had to be cleaned and tided, the fillers and waste had to be packed into the van and taken to storage. I can't remember eating, using the loo or much else to be honest with you, but it all got done as usual and plans were made for the rest of the week as to how and where we were going to source the extra boxes from that donors failed to drop off or are late with delivery.

Day 305 #onedailypositive #two #fmsphotoaday#pyjamas #snaphappybritmums #project365 it's been a long two weeks, my feet are killing me, my nails are broken, my back is agony, I can't stop thinking about @santashoebox but I suspect having those boxes at the bottom of my bed don't help 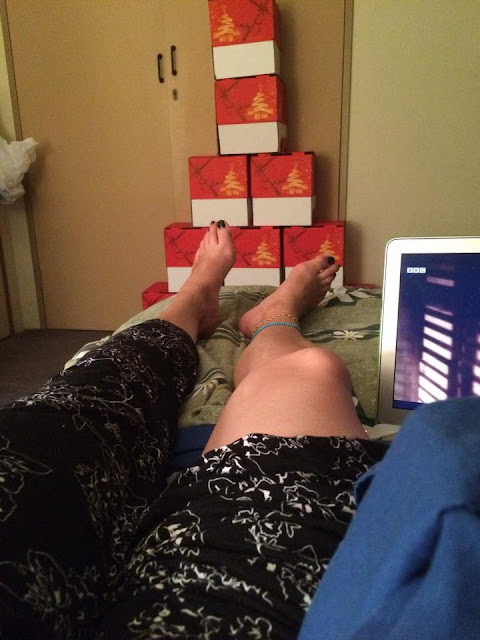 Monday was a day of emptying the ford van into the Storage Unit in Lyttleton and crying, I was so exhausted that I kept breaking down into tears and every bone in my body ached. I decided to say 'sod it' and went to have my nails done as every one was broken to the core. I can't even remember whose house I slept in on Monday night.

Day 306 #onedailypositive #fur #fmsphotoaday #flat #snaphappybritmums #project365 yesterday's photo prompts. I'm so tired after 2 weeks voluntary work with @santashoebox it hurts just to type this. This is me this morning flat on my back in bed with wild hair 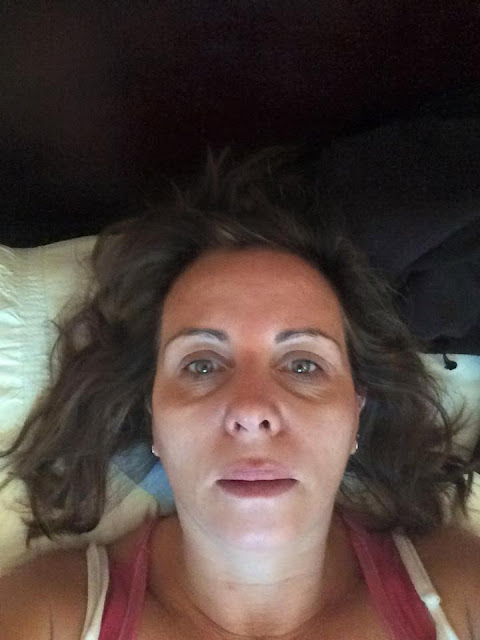 Tuesday was a long and boring day, it involved going to a cooperate to collect their late boxes and explaining to donors just why I can't give them the location of the child they've given a box to and why it would be highly inappropriate for them and 7000 other donors to just 'borrow' the child for a weekend to shoe them and I quote 'what it is like to live in a real family' geez most of these kids do live in real families, with mums and dads and grandparents and attend school, they are disadvantaged because they are poor, or miss schooling due to ill health or financial issues. For animal tales I reposted a visit to Reitvlei Dam from my trip there two weeks ago. 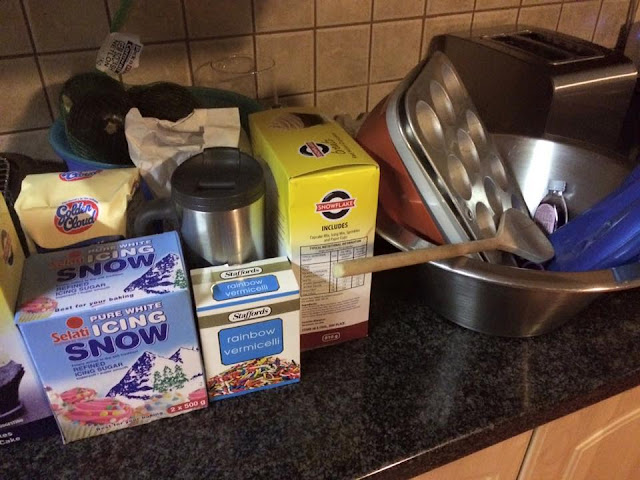 Wednesday was a morning of rest and blog posts about how tired I am and washing and some shopping before heading off to storage to unload the van (again) the evening was spent with friends at Ridgebacks, drinking Jam Jars and eating bar snacks, goodbyes were said to a dear friend who is moving away from the area, a few tears were shed. I remember where I slept on Wednesday night. 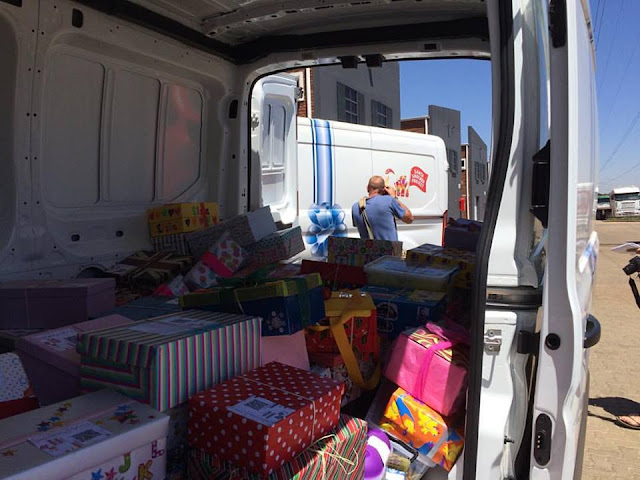 Thursday I did some washing and headed off to Kempton Park for the Ford South Africa photo shoot and I collected stationery and paint from a donor to take to several of the facilities I've supported over the years. I headed out to the Viva Sharehouse in Cullinian to spend a wonderful evening with dear friends, hoping that their first grandchild would make an appearance while I was there. 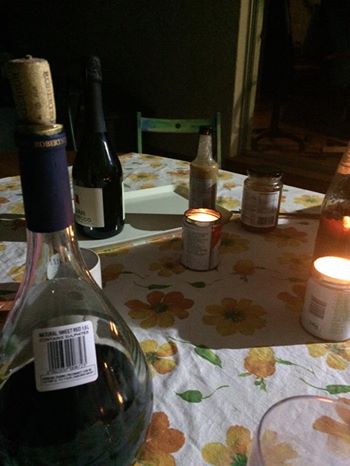 Friday was a chilled out day, a few chores to complete in the share house, which I'll tell you more about in another blog post when I return to Dubai and then I drove over in the late afternoon to another friends house ready for the celebration days on Saturday.

Day 310 ‪#‎onedailypositive‬ ‪#‎AFace‬ ‪#‎fmsphotoaday‬ ‪#‎reading‬‪#‎snaphappybritmums‬ ‪#‎project365‬ this is my serious face trying to figure out from my lists what to do after a miscommunication re delivery dates of 60 @santashoebox that arrive on Nov 17th to a facility that think they're having their gifts tomorrow. We phoned and explained and we're throwing them a none Santa shoebox party instead with snacks and drinks and party games and they'll get their boxes another week 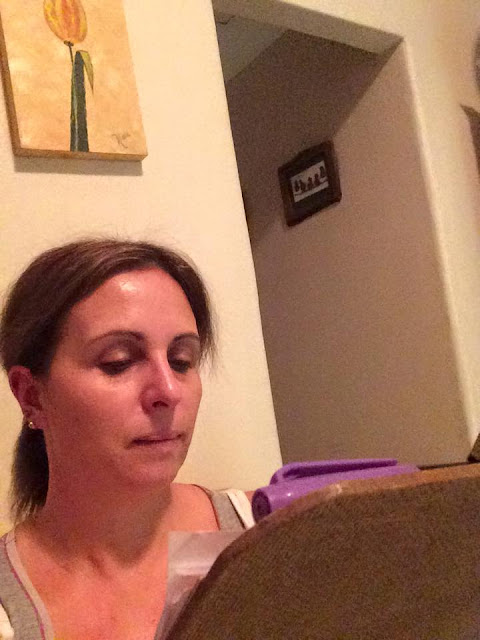 Saturday was a bit of a disaster, between the two of us we managed to mess up the delivery dates for a celebration and they had gathered all the children together on a weekend in expectation of receiving boxes from us, we explained the confusion with the delivery and I sourced a donor for crisps, sweets and drinks for a impromptu party instead. The children sang songs, danced and they insisted we stayed for lunch. We then had another celebration which was much better organised than the previous years and the care provider had listened to us and had locked the gates and only let in the children who were receiving boxes from us. It was difficult to drive off and not hand out gifts to the other expectant children who stood behind the fence, but we just can't give gifts to everyone, no matter how much we want to. The final facility was empty when we arrived, the care giver had gone out for the day, knowing what time we would be there, it was 38c, we were running out of water and needed to use a bathroom and I just couldn't stand the thought or the smell of the long drop. We left the boxes with another carer who locked them safely away. We returned at 4pm and I was so ill from the heat, lack of sanitation and food and we were both up half the night taking it in turns in the bathroom from the chicken we'd eaten earlier in the day.

Day 311 #onedailypositive #AQuote #fmsphotoaday#WhatYouWoreToday #snaphappybritmums#project365 this is my @santashoebox tshirt I'm wearing to one of three celebrations today in Soshanguve, no quote as such but a much loved and received logo that is not only on my tshirt but the @fordsouthafrica van I'm driving to deliver the gifts. 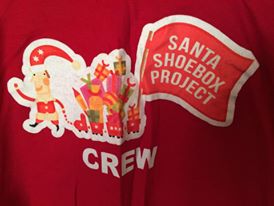