Seeing as my kids are no fun anymore I accepted an invitation to take Bob to a Christmas party and meet Santa. 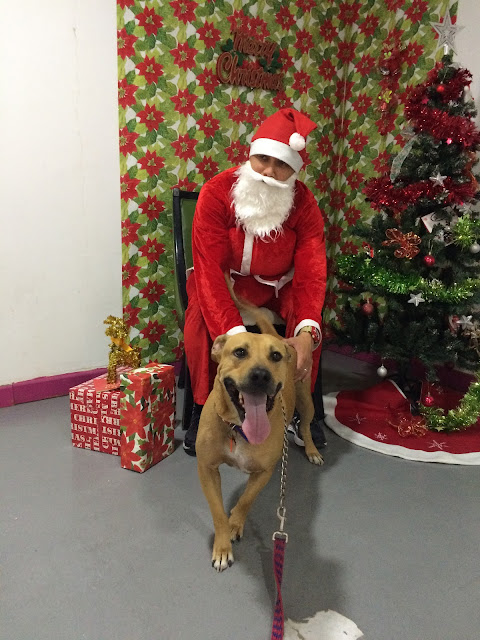 Operation 'Get Bob in the car' is quite a stressful process, as the second he see's any indication he's going out gets over excited and can no longer follow instructions. It's the same getting out the car the other end and by the time I'd negotiated several doors, completed registration forms, Bob almost didn't go to the party as he was so naughty, pulling on the lead, tripping me up and puling me in the opposite direction, mind you I don't think he was happy in his party t shirt and santa hat, that he removed before I had chance to take a photo. 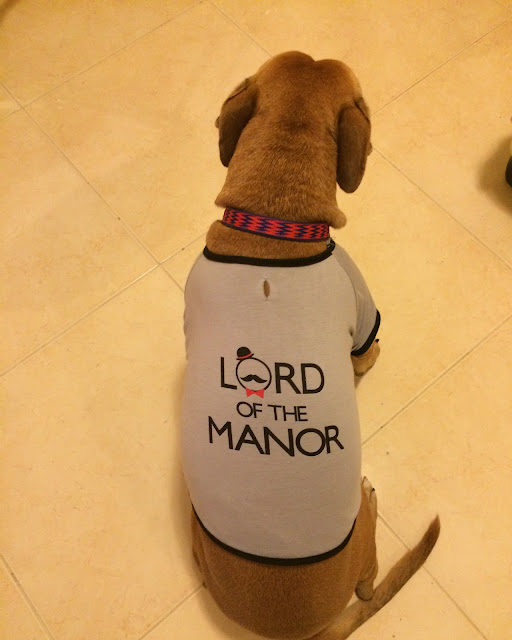 There was space to run off the lead 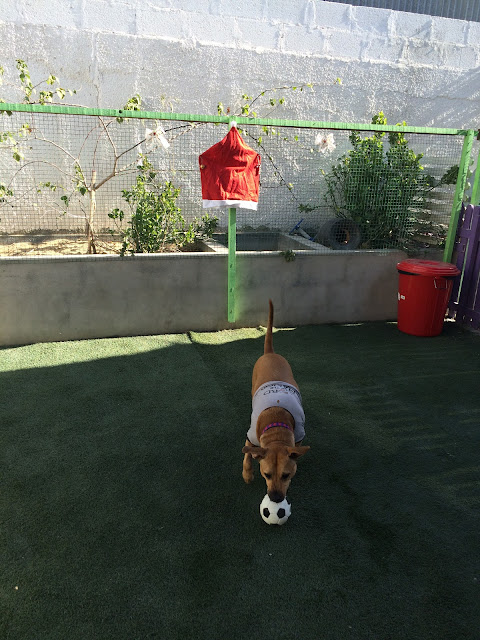 Other dogs to play with 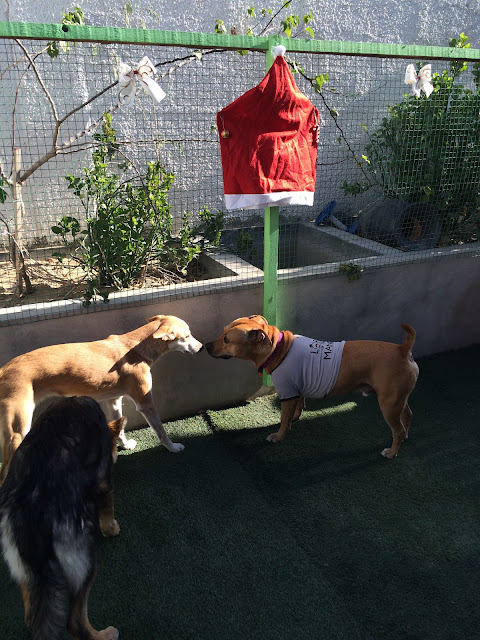 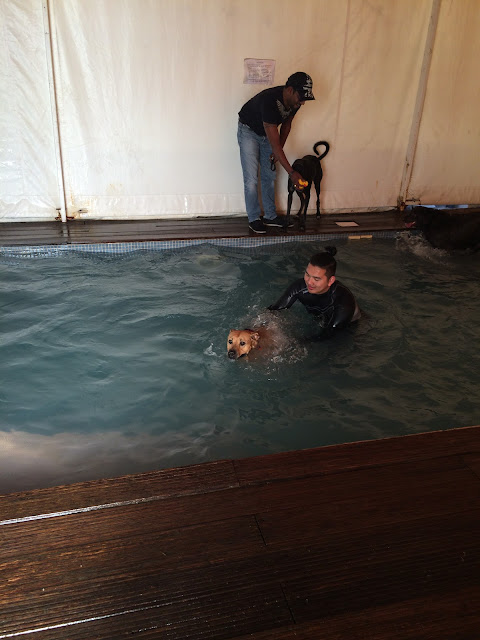 And brand new experiences, such as being licked in the face 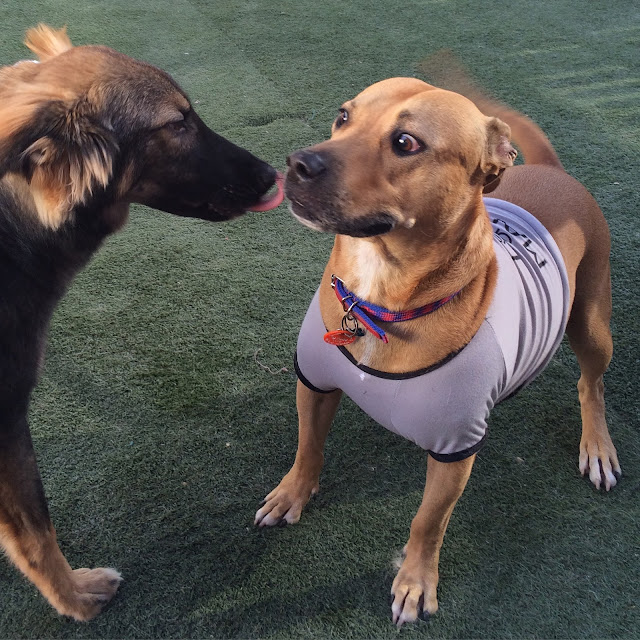 Disclaimer:
I am aware Bob is actually a dog and not a replacement child, I was invited, it was a bit of fun, Bob loves socialising and after all, this is Dubai.