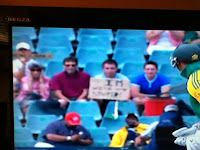 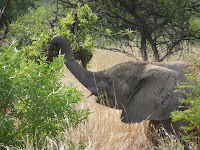 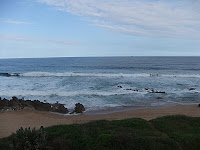 So it's been over a year now since we arrived, still so many things to see, places to go and things to sort. This month I've been tackling a list of complaints and renewals for car and house insurance.
The UK Banks Santander and HSBC (overdrafts, change of address and missold policies)
Vodafone (lack of customer service)
Britannia removal firm (their continued failure to reply to my emails asking for help, which yes has now been resolved but all by me, funny that I don't recall paying myself 4K to do it)
Barlowworld Toyota (we will get back to you in 4 days, 11th Jan, in regards to the silly little problem of replacing a valve)
I've synced my diaries...well written down everything off all the bits of paper that have come home from school onto the wall calender and my handbag diary.
Written birthday cards up till the end of March for MIL to post from the UK, sent just as many emails to family and friends, updated facebook, twitter and my blogs and started an Instagram of a picture a day to reflect where i've been, what I've seen or what I've done.

So this months letter home is as follows. I've obviously personalised it with each and everyone.

'Wanted to wait a while before replying just in case anything exciting happened, like a herd of elephants on a drive or an unexpected trip to Bloemfontein or Alex back in hospital after a Heely accident.
Peter's mum was here for 3 weeks, it was lovely to have her, this is the 2nd full day with the kids back in school since she left and I'm missing the company..oh well...cant have it all.
We were in Durban for 3 days it was 40c and 89% humidity without any clouds, so hot our skin literally peeled off our bodies.
Dan was 17 this month and he went with Peter and his mates to Wanderers stadium in Jo'burg to watch SA v Sri Lanka, they were sitting right behind the batsman and were omn the telly every shot, they had a fab day, I stayed home watching crappy films and sleeping.
Alex is fine after his heely accident (official version was a stone jammed under his wheel, I suspect he was being towed by his mates in a golf cart) just a massive black eye which a week on is now green, bless him, the following day he was off to Durban on his school trip and Dan was somewhere in the mountains on his. Peter and I took the opportunity to drive to Bloemfontein for a night away (5 hr journey, combined with work) but it was time away without the kids, which is always nice.
We are starting to make a network of friends now on the estate and have started a school lift share, which I love, Peter takes to school and two other parents collect Alex after school and Dan after sport, I've given the kids a key so I dont have to rush back from swimming at the gym or shopping.
Jamie is coming out in May for 2 weeks, that's the hardest part of living here, is not just being there for the kids when they need us, probably would've gone months without seeing him in the uk anyway...lol. An old school friend is coming to stay also in March, I've seen her once in 20 years and that was in December, will be interesting to see how we get on. We are off for lunch in Soweto next month with a guy we met who is from there.
Still no word from the olympics, im resigned to the fact i havent got it, that way it will be a nice surprise.
Love to everyone
Suzanne and Peter'

I've also set myself a few tasks for February and hope that writing them down on my blog will prompt me to get on with them and blog them next month.

Get a post box...I'm fed up of post being stolen/going missing. We had one birthday card and one letter from the UK and two bills from Telkom arrive in January, the first post since October.

Plan a trip to Soweto for lunch out, make gifts, sort photos, find out if I've got the Olympic gig, book son's flight, get Dan's provisional driving licence (no additional charge for family members on insurance with OUTsurance) I have an appointment to see Discovery about how med aid works (fed up of being fobbed off by agent) I need to get my police check sorted so I can donate some more time with The Baby house and I have a few leads to follow about volunteer teaching in an informal settlement in Mamelodi.
Posted by chickenruby at 15:19:00