You don't need to entertain children 24/7

Back from a recent trip to Egypt, the one thing that struck me the most was the number of children playing.

Playing by themselves, without any electronic items in sight anywhere. 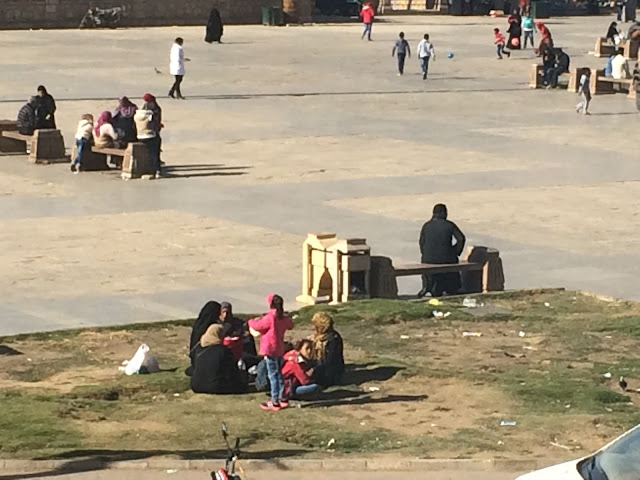 In the UK and here in Dubai I see children all the time with iPads and mobile phones. Sitting in the trolley playing a game going round the supermarket, in restaurants, coffee shops and in their pushchairs. Nearly every single person I know has at least one gadget available for their child's use and in many cases I know of people who have bought a 2nd iPad for the 2nd child so they don't fight over it. Most families own game consoles and children as young as 8 have their own mobile phones with access to the internet and in many cases even social media accounts.

As a mum now to 5 adults (almost, the last one turns 18 in April) I'm totally amazed and quite often stunned that (some) parents feel the need to have to entertain their children 24/7 and that (some) children without electronic devices can't seem to entertain themselves these days. With many parents quoting 'but we only have educational apps on them' Of course the child is going to complain when their 'screen time' is limited or interrupted, but they'll get used to it, over time, you'll just have to actually parent them for a little bit and teach them/show them how to behave without a hand held gadget.

I didn't own a mobile phone until I was 28 in 1999, that was also the year we purchased a computer and connected it to the internet at dial up speed. Up until that point I'd had a ZX Spectrum and a hand held packman and a walkman. My kids had various construction toys, toys for the garden and very few toys that required batteries, due to the expense. Toys were bought and sold at car boot sales, saved up for, for christmas and birthdays and borrowed from local toy libraries. We didn't have sky TV, but we did have a video player and borrowed and lent from family and friends.

Weekends and evenings were spent with friends, playing in the garden, with family and out in the street. The kids played unsupervised in the garden while I got on with household chores or played over the park with the neighbours kids, with at least one or two older children supervising or us parents with a flask of tea. Trips to the supermarket were done on the weekends and I usually had at least one child in tow whenever I had a doctors or dental appointment.

Holidays were 1 week a year camping and the occasional trip to the seaside, if the weather was nice. Trips to theme parks were reserved for birthday treats and school trips were local and only for the day.

When ever we went anywhere with the kids they packed themselves a small bag of toys and we added snacks, crayons and a colouring book. These bits and pieces would entertain them for hours on long car journeys, at the doctors or dentists, round the supermarket in the trolley, in their pushchair as we walked round town. We never took the kids for meals out, we didn't even have a McDonalds near us until we moved to Malvern in 2002.

My kids went through their entire primary school years without a mobile phone, none of their friends had one either, without TV's in their bedrooms and without demands for me to entertain them 24/7.

We didn't have the money, several of these years were spent as a single mum, there wasn't the number of gadgets around then as there is today.

We asked our family to club together for a DVD player for Christmas one year, for long car journeys in the mid 2000's that just ended up causing arguments and fights about who wanted to watch what. Eventually the kids had TVs in their bedrooms once they were over 14, they had mobile phones around the same age, but then there was no internet and few were capable of taking photo's. Then there were laptops when they went onto college or 6th form.

Don't get me wrong my kids were still little shits from time to time, or even most of the time. I couldn't blame it on technology, just 4 brothers, fighting to be the alpha male, bored with each others choice of activity but I did see a huge change in their behaviour, attitude and response to me and other adults once they did get access to game boys and TV's.

There's nothing wrong with having bored children, when I told my mum I was bored she'd find me some household chores to do, I soon decided I wasn't that bored and managed to entertain myself.

As an adult I probably spend way too much time on my laptop, phone and plonked in front of the TV, but as I'm an adult with no kids to parent and no job to go to, I can choose how to spend my time online, once I only do after I've done all the things I should be doing including going for a walk and cycling most days.