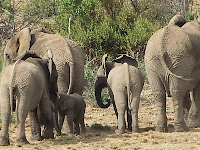 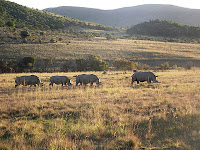 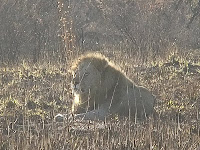 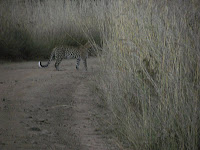 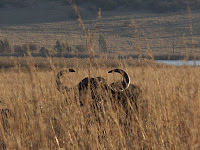 So that's it for me....The Big five, all done and dusted, big tick on my list of things to do. The Big Five is a term to describe the hardest 5 and most dangerous animals to hunt on foot.

The elephants are amazing. Pilanesburg is a two hour drive from Pretoria to the north west, near Sun City (avoid the Rustenburg route) people have lived there since the Middle Stone Age, the Europeans arrived in 1829. Pilanesburg is the nearest 'open' reserve to view elephants, and costs only R80 (£7 ish) compared the private reserves which average around R500

Pilanesburg is situated inside an extinct volcano and is a malaria free area. In 1984 it was declared a national park and was the first protected area in Africa to be developed not only for conservation purposes but also with the specific intent of generating socio-economic benefits. The old court house (built in 1936) in the centre is the only visible sign that people used to live there and it has been turned into a cafe with gift stores (reasonably priced)

6,000 animals were released into the park. Predators were later added to restore the ecological process and now the game in the park contains the abundance that was recorded in 1836 by the hunter/explorer William Cornwallis-Harris.

The park is 212 square miles and the plan over the next 15 years is to change the land use from cattle farming of an area some 250,000 ha. to expand the park.

We'll take all our visitors there for a day trip, or if that want to stay longer, there are several lodges around the park on the external boundry where you can stay over night, a camp site and organised game tours, but I prefer the self drive, you can stop for as long as you like, take a picnic (security fences keep the animals out) sit in your car and stare at the hippo basking in the sun in the middle of the day or opt to drive to the highest point for the most spectacular of views.
Posted by chickenruby at 10:30:00